LONDON (Reuters) – A cross-party alliance defeated Prime Minister Boris Johnson in parliament on Tuesday in a bid to prevent him taking Britain out of the EU without a divorce agreement – a move that the government warned would thrust Britain towards an October snap election.

Lawmakers voted by 328 to 301 for a motion put forward by opposition parties and rebel lawmakers in Johnson’s party – who had been warned they would be kicked out of the Conservative Party if they defied the government.

More than three years after the United Kingdom voted in a referendum to leave the European Union, the defeat leaves the course of Brexit unresolved, with possible outcomes still ranging from a turbulent ‘no-deal’ exit to abandoning the whole endeavor.

Tuesday’s victory is the first hurdle for lawmakers who, having succeeded in taking control of parliamentary business, will on Wednesday seek to pass a law forcing Johnson to ask the EU to delay Brexit until Jan. 31 unless he has a deal approved by parliament beforehand on the terms and manner of the exit.

In an historic showdown between prime minister and parliament, Johnson’s opponents said they wanted to prevent him playing Russian roulette with a country once touted as a confident pillar of Western economic and political stability.

They argue that nothing can justify the risk of a ‘no-deal’ Brexit that would cut economic ties overnight with Britain’s biggest export market and inevitably bring huge economic disruption. 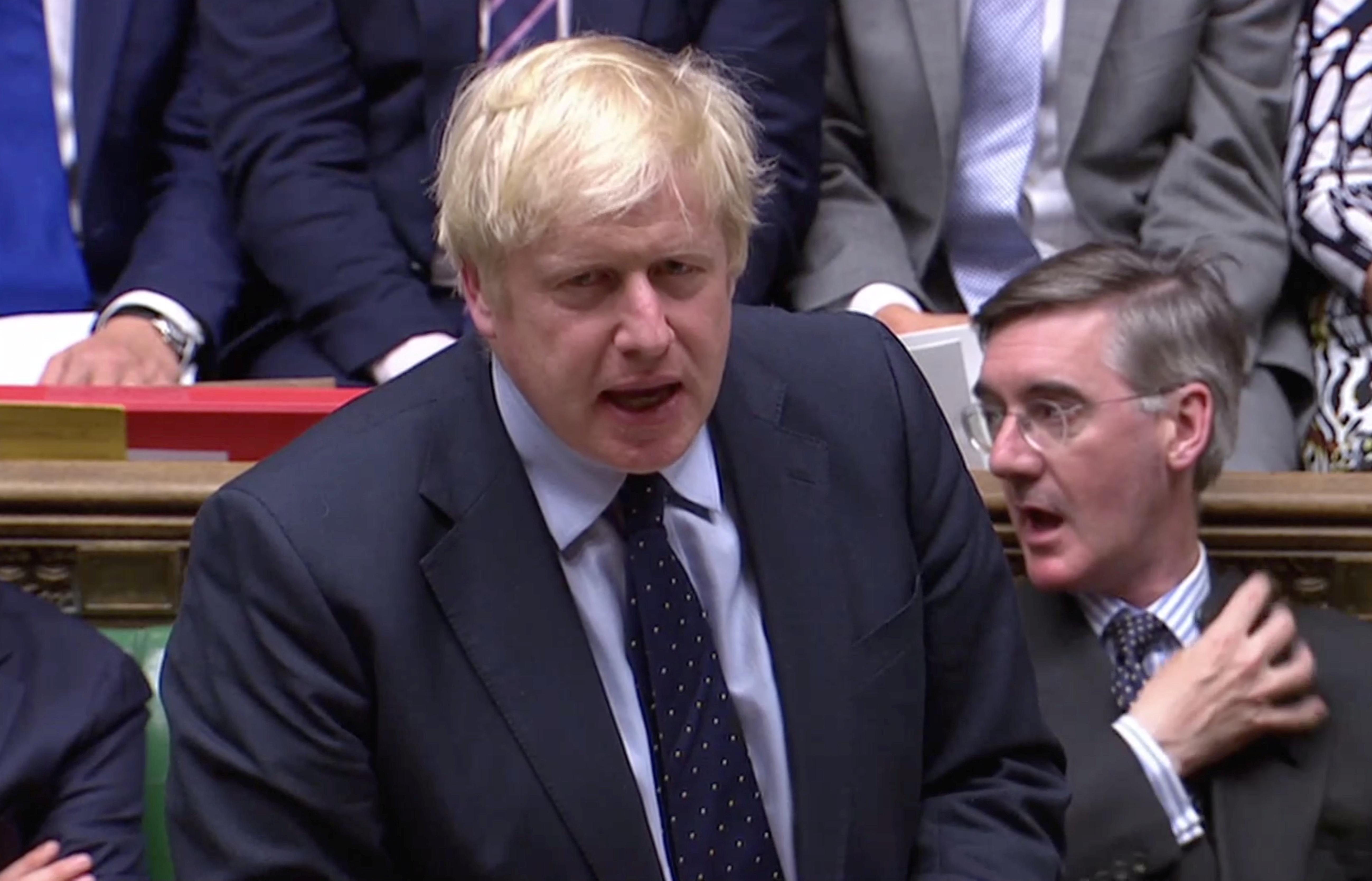 Johnson cast the challenge as an attempt to force Britain to surrender to the EU just as he hopes to secure concessions on the terms of the divorce, helped by the threat to walk out without one. Ahead of the vote, he said would never accept another “pointless delay” to Brexit beyond Oct. 31.

Johnson’s government will now seek to hold a vote on Wednesday to approve an early election, most likely to be held on Oct. 14. An election would pit the avowed Brexiteer against Labour leader Jeremy Corbyn, a veteran socialist.

In the eye of the Brexit maelstrom, though, it was unclear whether opposition parties would support such a move – which requires the support of two-thirds of the 650-seat House of Commons.

Corbyn has long demanded an election as the best way out of the crisis, but many of those seeking to prevent a ‘no-deal’ Brexit say Johnson could time the poll to ensure that parliament cannot prevent an Oct. 31 departure – with or without a deal.

The Labour Party’s chief enforcer said the party would not let this happen, a source said. Former Labour prime minister Tony Blair on Monday urged Corbyn to avoid the “elephant trap” of an election.

The 2016 Brexit referendum showed a United Kingdom divided about much more than the European Union, and has fueled soul-searching about everything from secession and immigration to capitalism, empire and modern Britishness. 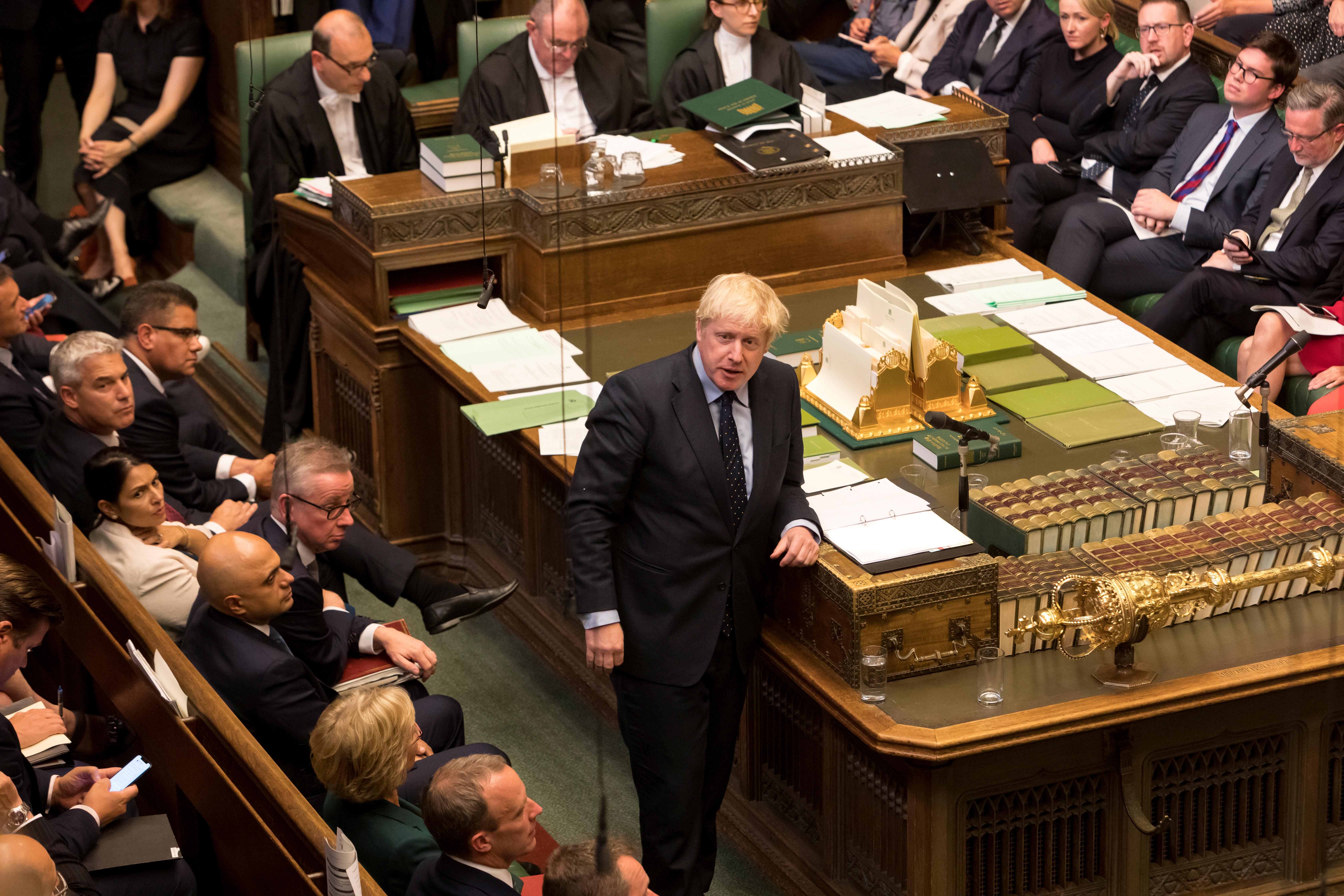 It has also triggered civil war inside both of Britain’s main political parties as dozens of lawmakers put what they see as the United Kingdom’s fate above that of party loyalty.

Just as Johnson began speaking, he lost his working majority in parliament when one of his own Conservative lawmakers, Phillip Lee, crossed the floor of the House of Commons to join the pro-EU Liberal Democrats.