It’s in the gruff! Now you can golf with a GOAT for a caddie at Oregon resort

The goat yoga craze took the country by storm last year as cities across America offered the chance to have a baby goat hop on your back during downward dog.

But now there’s a new goat trend threatening to become all the rage, and this one involves a driving range.

An Oregon resort is now offering the chance to golf with a caddie goat that loyally follows you through the course.

The experience is being offered at Silvies Valley Ranch, a 150,000-acre resort in Seneca that features a spa, three golf courses, and a goat and cattle farm. 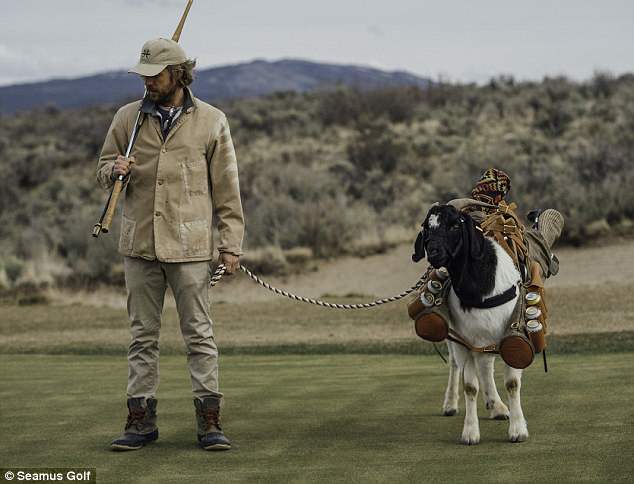 Now you can golf with a goat as your caddie at Silvies Valley Ranch, a 150,000-acre resort in Seneca, Oregon 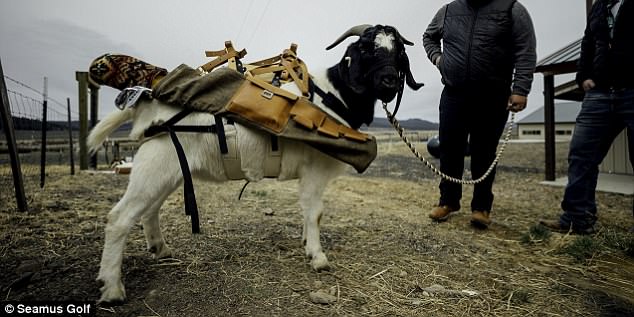 The resort currently has four trained goat caddies, each of which are outfitted with a special bag designed to carry clubs, peanuts, and beer

A goat on a golf course sounded like a crazy idea, but owner Tygh Campbell thought he knew just the person to make it become a reality.

Campbell called on the help of Akbar Chisti, the co-founder of Seamus Golf.

While Seamus Golf is known for its handmade bags, pouches, and head covers, Chisti had never done anything remotely close to making something for a goat.

But Chisti thought it sounded like a ‘hilarious idea’ and was ready to give it a shot.

‘Every time we have a chance to do something we haven’t done, and it resonates with what we’re about, we get pretty excited,’ he said. 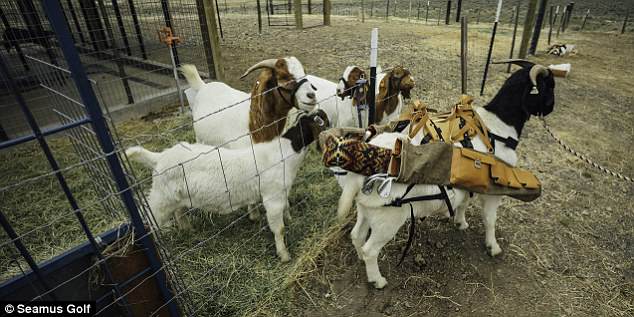 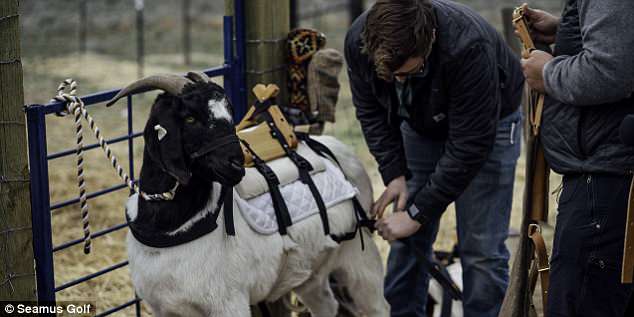 Chisti, the co-founder of Beaverton’s Seamus Golf, knew how to make handmade golf bags – but never one that had been put on a goat before

Chisti set to work at creating a caddie bag for a goat, quickly realizing it wasn’t as simple as just making sure the bag fit around the animal.

‘You can’t simply take a golf bag and put it on a goat – you have to figure out how the goat moves and behaves,’ he told Golf Digest.

‘But in reality, we just thought the whole thing would be so much fun to have a goat carrying a golf bag, so we were all over it.’

It was a challenge from the start. The project began in the dead of winter, which meant that Chisti and his team couldn’t get anywhere near the goats. 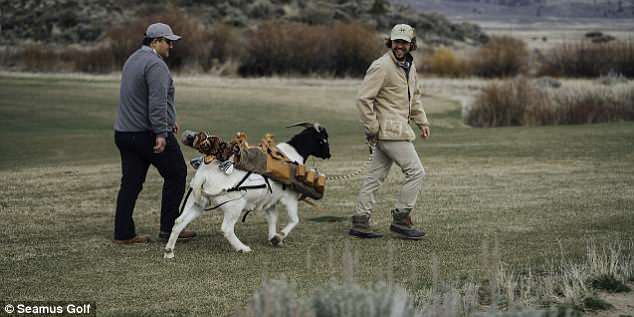 Chisti first modeled the bag on his dog because he couldn’t get anywhere near the goats in the winter, and soon realized his dimensions were completely off 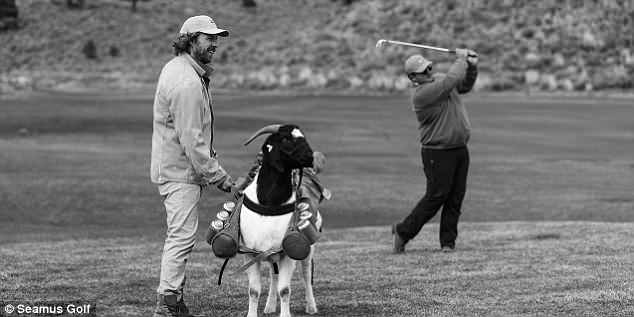 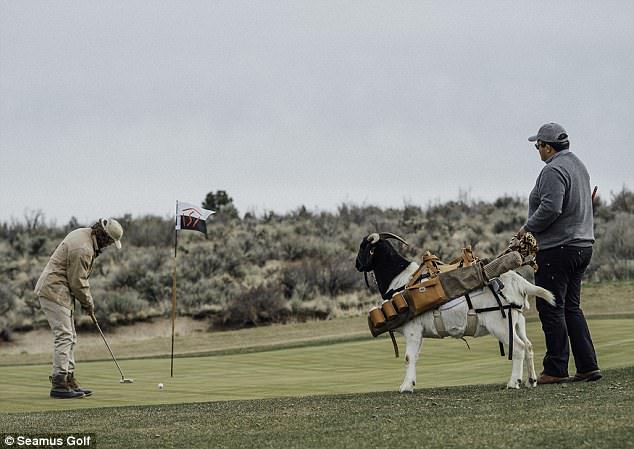 The peanut pouch also just happens to have a magnetic bottle opener, which comes in handy with a bag that can carry a six-pack of beer

‘We ended up designing the bag with our dog, because he’s a big dude, but not nearly as big as it turns out,’ he said.

When Chisti went to put the bag on Bruce, the world’s first ever goat caddie, he realized the dimensions were completely off.

‘We also quickly learned about how goats are either continuously eating or pooping, so we had to re-tilt the bag to accommodate that,’ he added.

Chisti also realized it was important to keep the goats engaged, and he learned the secret on how to do so from the trainers at Silvies Ranch. 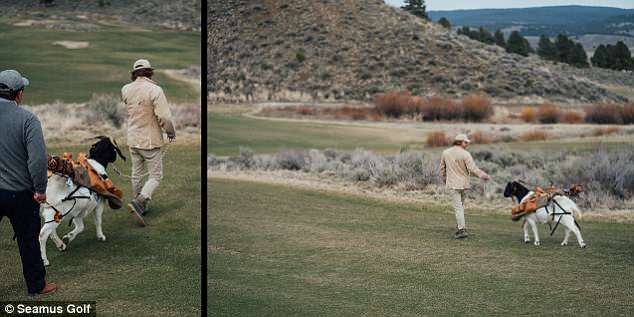 ‘The primary thing they use to keep the goats interested while training them are peanuts,’ he said.

‘So we made a special pouch for peanuts, based on feed and treat pouches for equestrian applications.’

The peanut pouch also just happens to have a magnetic bottle opener, which comes in handy with a bag that can carry a six-pack of beer.

‘Honestly, I think it’s one of the coolest little pouches we’ve come up with,’ Chisti said.

Now Bruce has been joined by three more trained goat caddies, and there are imminent plans to add more to the golf course. 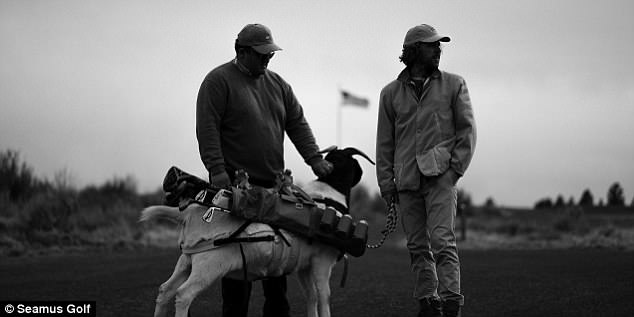 But, at least at Silvies Valley Ranch, there are imminent plans to add even more goat caddies to the course