Former Paralympian Oscar, 31, is serving a 15-year-sentence for the murder of his model girlfriend Reeva Steenkamp, 29, who he blasted to death in his own bathroom. 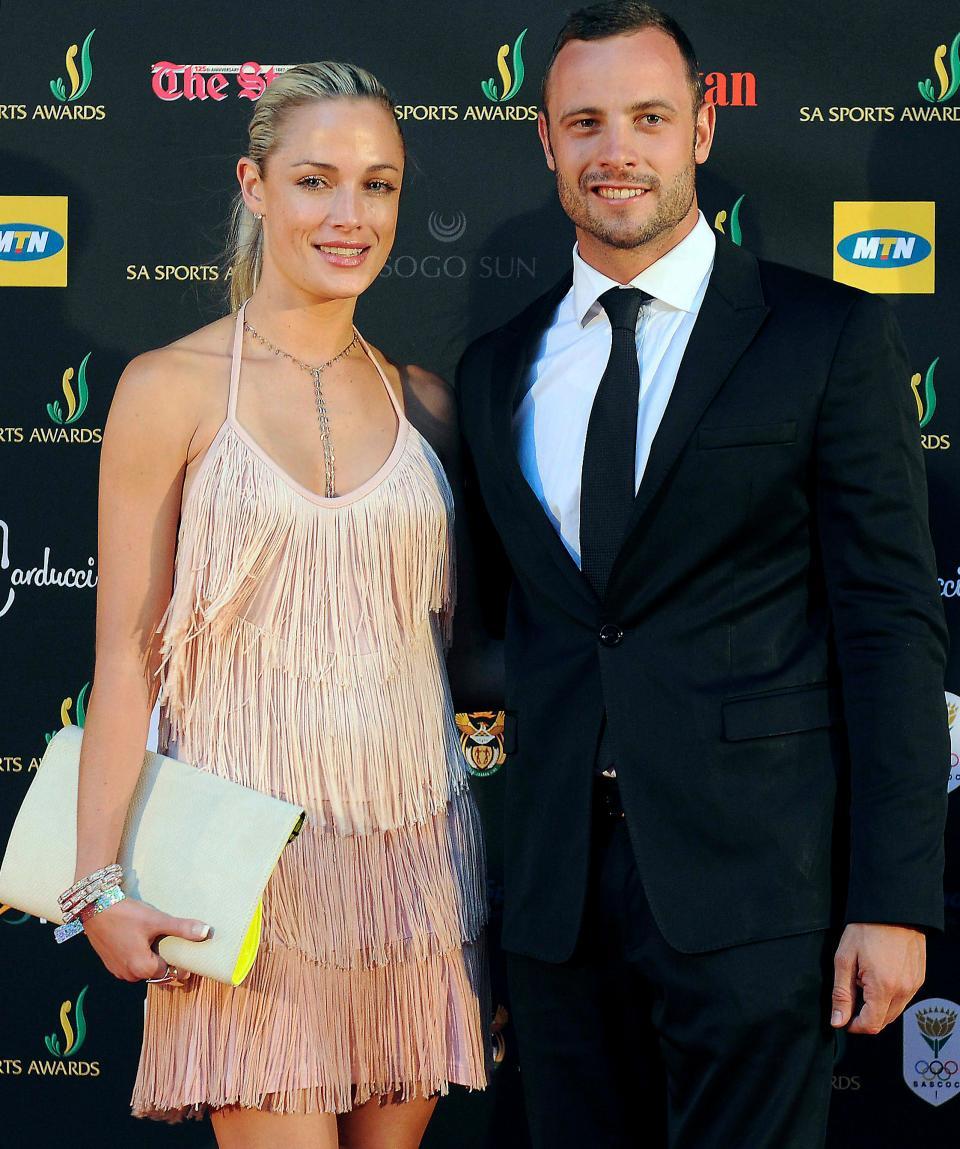 Shamed Pistorius – a double amputee who was known as The Blade Runner for the carbon fibre racing blades he wore over his stumps – shot stunning Reeva dead in 2013.

The once much-hailed star was said to be devastated when Hendrik died and has applied to the Department of Correctional Services to attend his memorial to say goodbye.

The athlete has previously been given leave to attend the memorial service of Hendrik’s wife Gerti, his maternal grandmother who died aged 92 in August 2016. 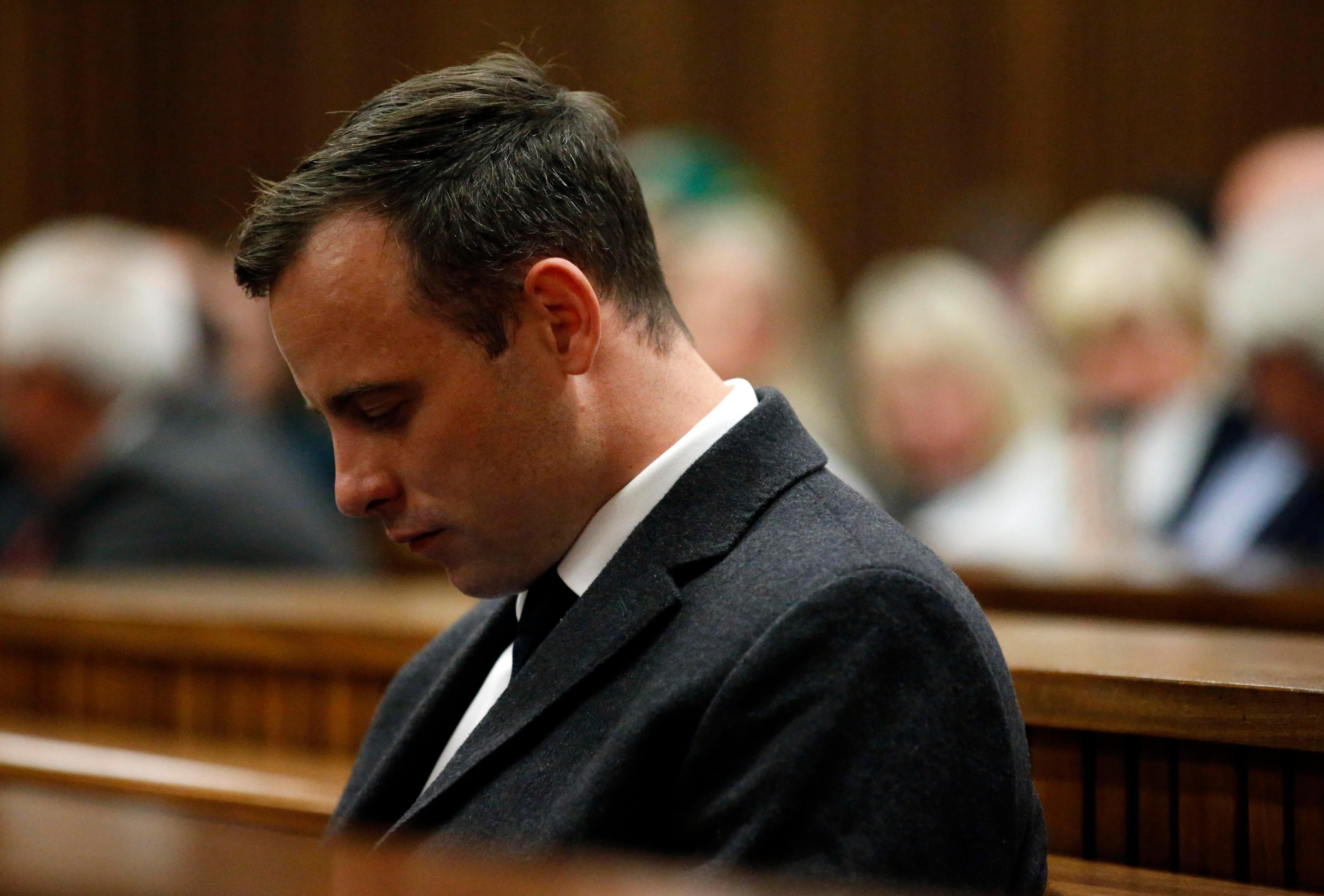 And in August last year Pistorius was again allowed “compassionate leave” to attend the funeral of his other grandmother English born Joyce Bekker who died aged 93.

Being allowed out of Atteridgeville Prison in Pretoria, South Africa, for a third time has led to questions that the former national hero may be getting preferential treatment.

Sources in the Pistorius family have confirmed to local media that they expect Oscar to be present but the prison authorities claim a final decision has not yet been made. 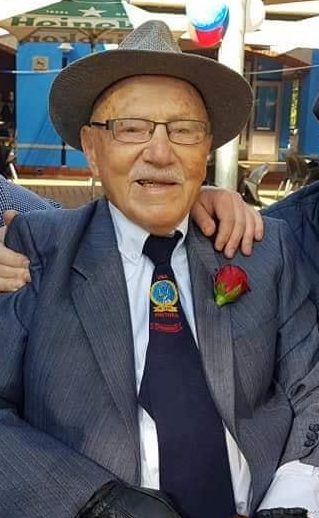 Department of Correctional Services spokesperson Singabakho Nxumalo told the Weekend Argus: “An application has been made but it has not yet been fully considered.

The prisons spokesperson denied that Pistorius was getting any preferential treatment and insisted that all the inmates in the low security prison are treated equally.

Compassionate leave he said was dependent on how the inmate was responding to correctional programmes and rehabilitation on their behaviour when in prison. 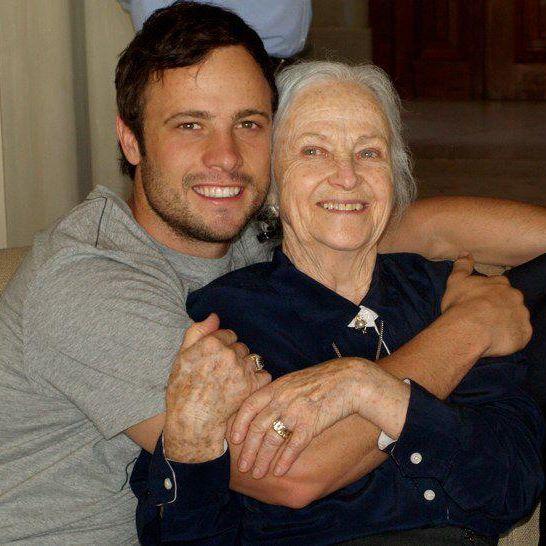 “The Head of Centre has to consider a number of factors before an inmate is temporarily placed outside of a correctional facility as that carries risks”.

However the paper quotes a trusted family source of telling them that they have a green light for Pistorius to attend the memorial service at a secret address in Pretoria.

Oscar last met grandad Hendrik during a prison open day visit last year and in the week before Reeva was killed in 2013, he had introduced her to both Hendrik and wife Gerti.

The Blade Runner turns 32 on November 22 and is likely to become eligible for parole around 2023.

He has always claimed he thought he was shooting an intruder who had broken into the bathroom of his exclusive home while he was in bed with Reeva on St Valentine’s Day.

Pistorius admitted firing 4 shots through the bathroom door after walking from his bed on his stumps claiming he was convinced that a burglar had broken into his home.

Stunning blonde Reeva was found dead behind the door in a pool of her own blood with a fatal wound to her head.

Pistorius was initially found guilty of manslaughter and sentenced to 6 years but this was increased to 15 in total after a prosecution appeal saw him convicted of murder. 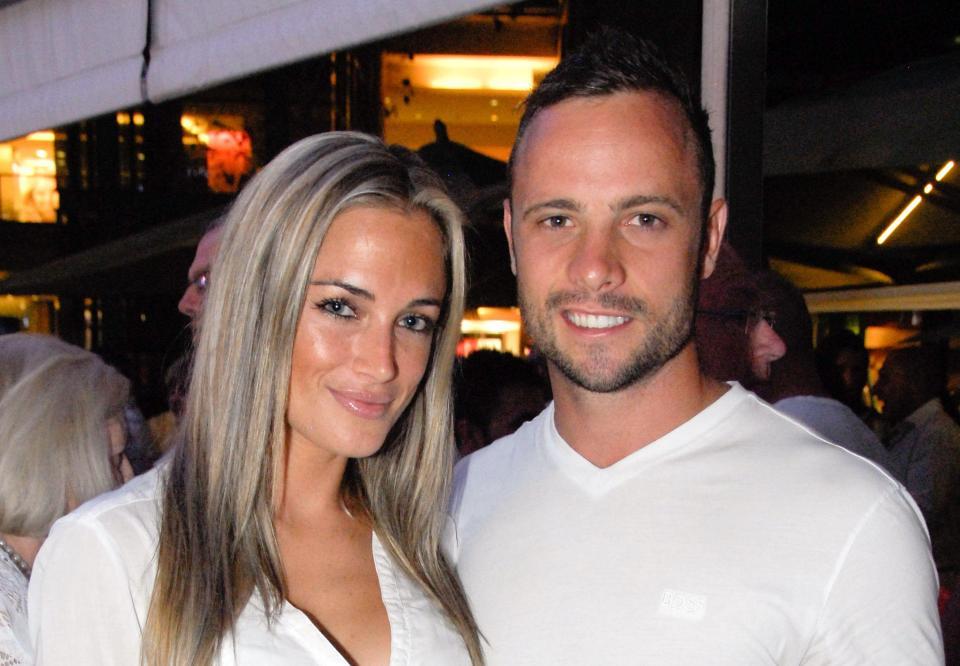 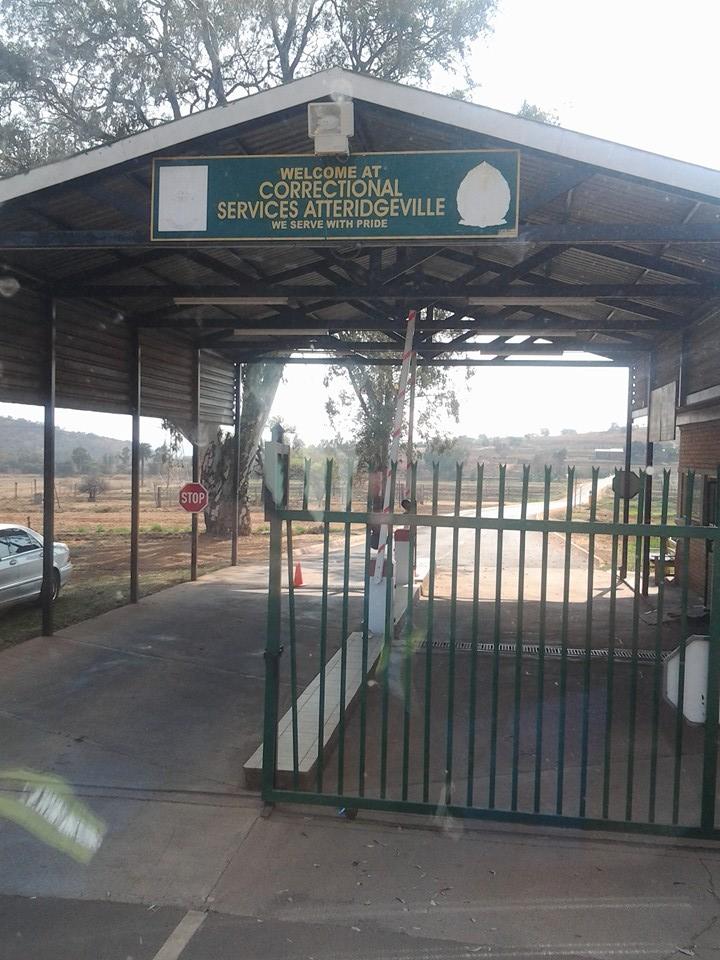 The Weekend Argus quoted a source in the Department of Correctional Services who claimed Pistorius was a model prisoner who was “humble and caring”.

The source said: “The Oscar I’ve come to know in jail is kind-hearted and cares for his fellow inmates. “He buys food for those who can’t afford it or those who are far away from their relatives. And he does this without asking for anything in return.

“Oscar also doesn’t deny what he did and shows remorse every day without faking it or to manipulate people’s opinions. This is the side he shows in jail and people should stop judging him".

The source said that Pistorius keeps a low profile behind bars and did not enjoy any preferential treatment adding:

“He likes his privacy and spends a lot of his time reading and visiting the prison library. He’s a real bookworm,”said the source. 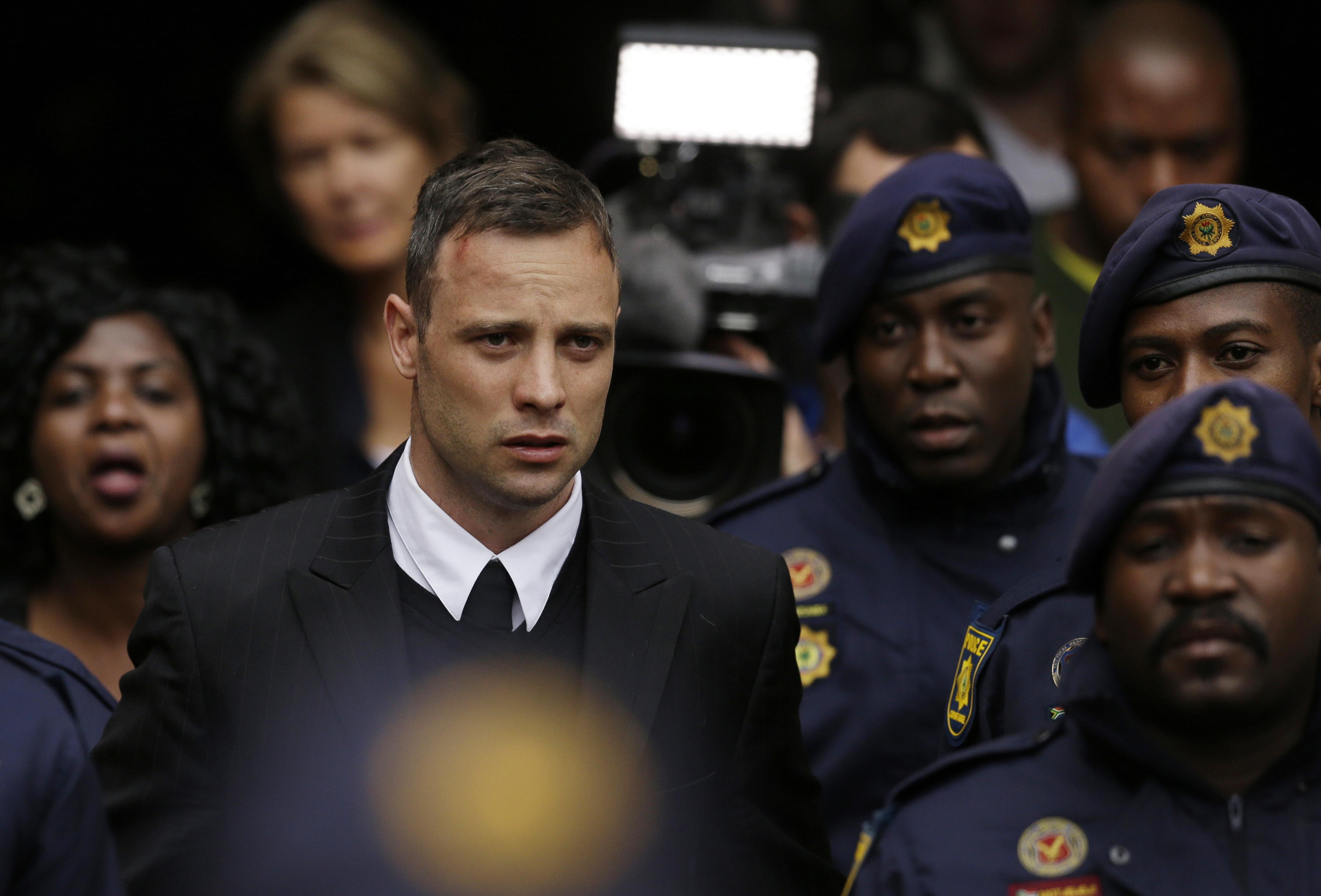 Murdered Reeva’s mother June Steenkamp, 71, recently told local media that she had forgiven Oscar for murdering her daughter but believed that he should still be punished.

Pistorius was refused permission by the South African Constitutional Court earlier this year to make any more appeals against his conviction or sentence for murdering Reeva.

The Blade Runner was the first double amputee to race in the Olympics competing in the 2012 London games becoming a role model for the disabled worldwide.

The following year Pistorius plummeted from grace after being arrested for the brutal murder of Reeva shooting her four times including a fatal wound to the head.

The couple told a TV channel that they believe Reeva had packed her bags and told Pistorius she was leaving him on the evening of her death and that he killed her.