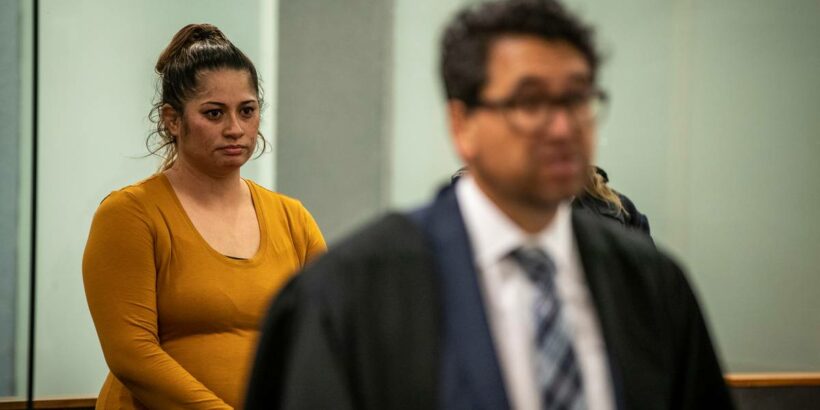 A woman who fatally stabbed her sister’s partner in Auckland has been jailed for three years and six months.

Freeda Ellen Witehira was sentenced for manslaughter this morning in the High Court at Auckland by Justice Mary Peters.

Colin Adrian Anderson died after what police said was a “serious assault” at a property on Sturges Ave in Ōtāhuhu in August 24, 2019.

That night an argument broke out about an incident, which Anderson believed Witehira was responsible for, the court heard.

“Most people would not stand by and watch their mother be strangled. “

The sight “would have been intolerable” to Witehira.

She opted for a fight rather than flight response, the court heard.

Witehira picked up what she said she believed was a pencil but in reality it was a knife.

Emergency services arrived but could not resuscitate Anderson.

Anderson was the second eldest of four siblings, and enjoyed his work as a truck driver.

A statement on behalf of his father was one of four victim impact statements read to the court today.

“I deeply miss my son Colin and it is such a tragedy that he was taken away from me.”

Witehira herself spoke tearfully to the court, saying she was deeply sorry for the pain and heartache she had caused.

“I can apologise a million times and still I know that will never be good enough,” she said.

“I know there is nothing I can say that will ever bring him back.

“He did not deserve to die.”

She hoped one day the family could forgive her and find peace.