Minister says all film-makers require a government licence to make videos, including those broadcast on social media. 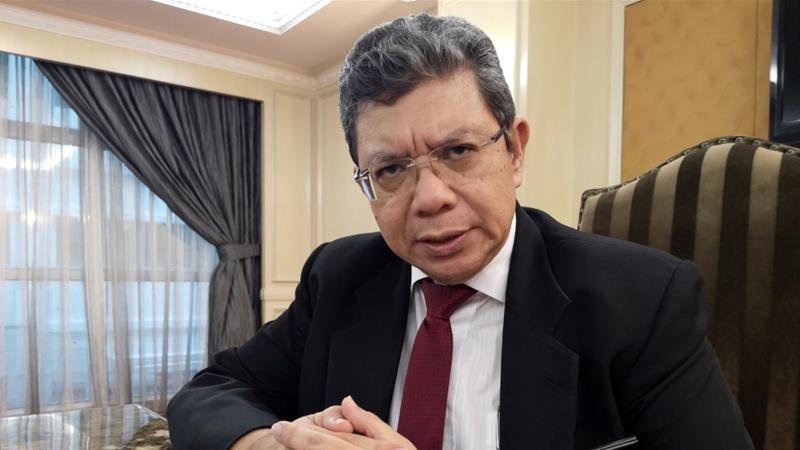 Malaysia’s communications minister has declared that all film producers must apply for a licence to shoot and produce videos in the country, including those broadcast on social media, prompting an outpouring of criticism online and opposition allegations of a crackdown on free speech.

Saifuddin Abdulla told legislators in Parliament on Thursday that a 1981 law regulating film production in Malaysia requires all video-makers to apply for a licence “regardless of whether they are mainstream media agencies or personal media that broadcast films on social media platforms or traditional channels”.

The minister was responding to a question from opposition legislator Wong Shu Qi, who was seeking clarification about filming licences amid a government dispute with Al Jazeera Media Network over a documentary examining Malaysia’s crackdown on undocumented workers during the coronavirus pandemic.

Saifuddin had claimed on July 19 that the network’s 101 East programme did not seek the necessary licence to shoot the film, Locked Up in Malaysia’s Lockdown.

The Qatar-based network dismissed the charge on Wednesday, however, saying 101 East is a weekly current affairs show that does not fall into the category of films requiring a licence.

“Unable to contest the integrity of our journalism, we believe the authorities are now attempting this new gambit of claiming we did not have a proper license,” said Al Jazeera English’s Managing Director Giles Trendle.

“We do not believe this is a credible line of argument.”

In Malaysia’s Parliament on Thursday, Wong asked Saifuddin to clarify how a “film” is defined under the 1981 National Film Development Corporation of Malaysia (FINAS) Act.

“Does it include videos posted on TikTok and Instagram TV?” Wong asked, noting the government’s interpretation meant that “all users of social media would need to apply for a license from FINAS”.

Saifuddin appeared to evade the question, local media reported, by saying films included movies, short films, trailers, documentaries and advertisements that are made for mass consumption.

The minister’s comments sparked an immediate backlash on social media.

“Today, @saifuddinabd confirmed that ALL video filming, including for personal social media, needs a Finas license. Finas Act defines films as ‘any recording on any material’,” wrote Twitter user, Zikri Kamarulzaman. “My dear Malaysians, you are all technically criminals,”

Another wondered if her sister might go to jail for posting videos of their cat.

Separately, the Foreign Correspondent’s Club of Malaysia (FCCM) expressed concern on Wednesday over the requirement for journalists to obtain licences to film and produce films.

“We are unaware of any requirement to obtain permission from FINAS for a news video production. Whether it is termed a documentary or otherwise, such material broadcast on news channels have not previously needed any clearance from FINAS, be they for foreign or local news agencies.”

The FCCM also called the police inquiry against Al Jazeera “alarming” and said if journalists “are now bound by rules and regulations that apply to film and documentary makers, such an action would have far-reaching consequences”.