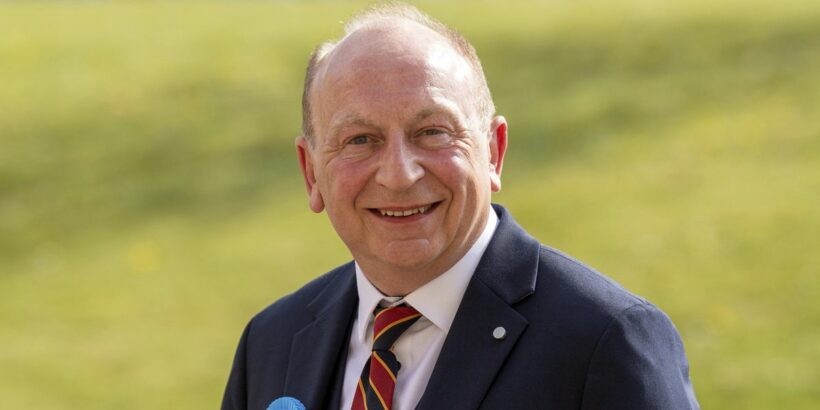 There has been furious backlash after a police commissioner said Sarah Everard shouldn't have "submitted" to a false arrest and that women "need to be streetwise".

The ex-Met Police officer was handed a whole life sentence this week after he used handcuffs to falsely arrest then kidnap, rape and murder Everard in March.

"She should never have been arrested and submitted to that.

"Perhaps women need to consider in terms of the legal process, to just learn a bit about that legal process."

The police commissioner later said he wanted to "wholeheartedly apologise" for the comments and "retract them in full".

However, Allott's backtracking hasn't stopped people being enraged and calling for him to step down.

Labour leader Sir Keir Starmer said: "He should go – I can't think of a more inappropriate thing for a policeman, crime commissioner to say at this or anytime, but in this in particular.

"I think he should reconsider his position."

Scotland's First Minister Nicola Sturgeon was also outraged. She said: "These comments are appalling. It's not up to women to fix this. It's not us who need to change.

"The problem is male violence, not women's 'failure' to find ever more inventive ways to protect ourselves against it. For change to happen, this needs to be accepted by everyone."

Politicians and journalists weren't the only people absolutely flabbergasted by what Allott had said.

"I can’t quite believe that someone in a position of authority in the police said that," fumed one Twitter user.

Another wrote: "So I need to study law, be a fast runner and scream loudly at bus drivers while waving my arms like a crazy person to avoid being kidnapped, raped and murdered. Top advice."

This news comes after the Met said that if someone is in "real and imminent danger and they do not believe the officer is who they say they are" they should shout to passers-by, knock on doors or try to wave a bus down.

If you or somebody you know has been affected by this story, contact Victim Support for free, confidential advice on 08 08 16 89 111 or visit their website, www.victimsupport.org.uk.