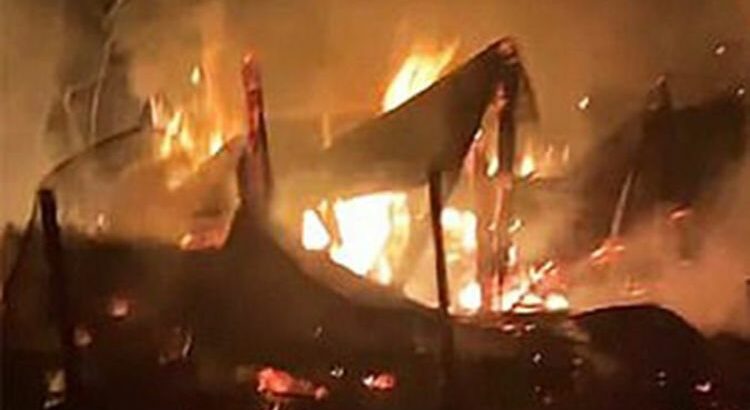 The fire broke out in the early hours of the morning at around 2am in the city of Yekaterinburg, Russia. It killed mostly old and frail dogs, who were living at the shelter after being given away by their previous owners.

The blaze also killed a number of goats living at the property.

Galina Volkova, who owns and lives at the shelter, said that she was able to save around 30 pooches after fighting through the smoke to get to them.

She was unfortunately not able to save the remainder as the building was quickly overwhelmed by the blaze.

Ms Volkova’s attempts to save the pooches resulted in her needing hospital treatment, as she repeatedly entered the building to try and save more of the defenceless dogs. 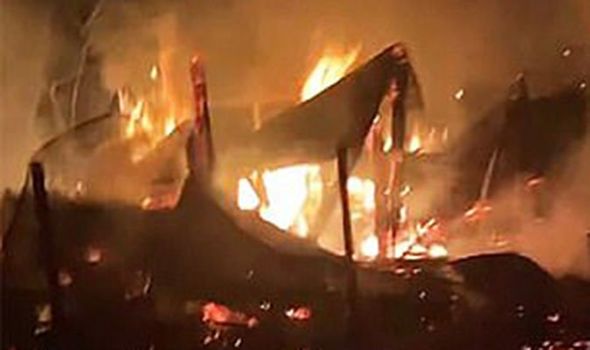 Her husband, Sergei, has alleged that bottles filled with gasoline and bolts were found in the rubble.

He said: “It actually was arson.

“I simply (have no words). It smells like gasoline.”

Footage of the scene shows the shelter being taken over by flames, as well as what it looked like in the aftermath. 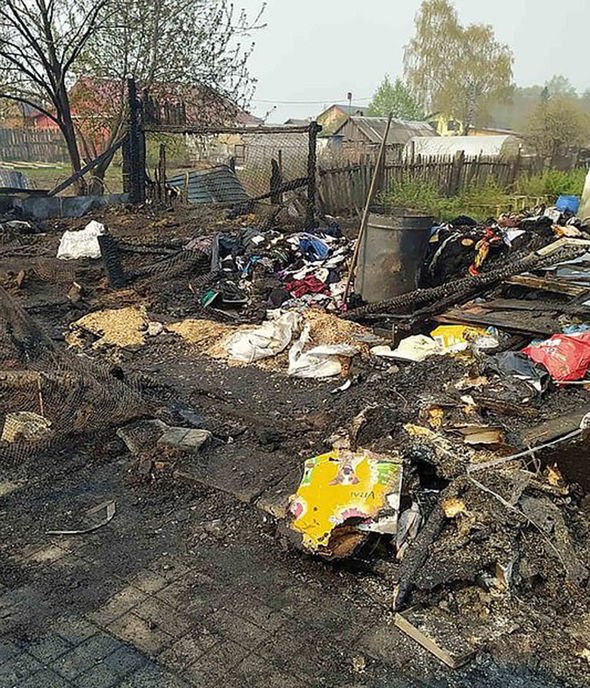 Zoozashchita, a Russian animal rights group, said: “It is scary to even think what the animals experienced.

“What kind of person do you need to be to do this?

“We are shocked. Molotov cocktails were found here.

“The worst thing is that the owners of the shelter also live there with the dogs. They too could have died.”

Police are treating what happened as arson during their investigation.