More than 3,000 Big Apple eateries have applied and were approved to offer sidewalk and curbside seating under the second stage reopening that began Monday, Mayor Bill de Blasio said as he noted that ridership on the city’s subways and buses is up.

“The reopening of our restaurants is such an important part of this day,” de Blasio said during his daily City Hall press briefing Monday. “This is so much the identity of New York City…we need them.”

Since Friday, de Blasio said, 3,192 restaurants applied with the city through its new online self-certification process and were “instantly qualified” for curbside and sidewalk seating under the city’s outdoor dining restaurant plan.

“Good to go today,” Hizzoner said of the eateries. “That says something about how easy it will be for these key parts of our economy to come back.”

De Blasio told reporters that he and his wife, First Lady Chirlane McCray, “absolutely” plan on taking advantage of dining out under Phase 2 later Monday at a to-be-determined location.

“The world of New York restaurants is very, very personally important to me,” he said. “I’m very excited this day has come.”

Meanwhile, signs of the Big Apple churning back to life are showing through increased ridership on public transportation.

“We’re seeing a lot more traffic. In fact I’ve been struck, I’ve experienced some traffic jams lately,” de Blasio said. “In a funny way it’s reassuring to be in a traffic jam again.”

“Hundreds of thousands of people will be going back to work today and there’s a real excitement out there,” he said, noting, “some people are going to do it immediately,” while “others will take their time.”

De Blasio predicted that there will be some “hesitation” for office workers to return to work even though they’re permitted to under Phase 2.

“It’ll be stages,” he said. “I think the summer will be slower. I think the fall is when you’re going to see much more ramp up.”

Even though the city is allowing for playgrounds to reopen under Phase 2, de Blasio said he is still evaluating when to reopen dog runs and sports facilities like basketball courts and soccer fields. 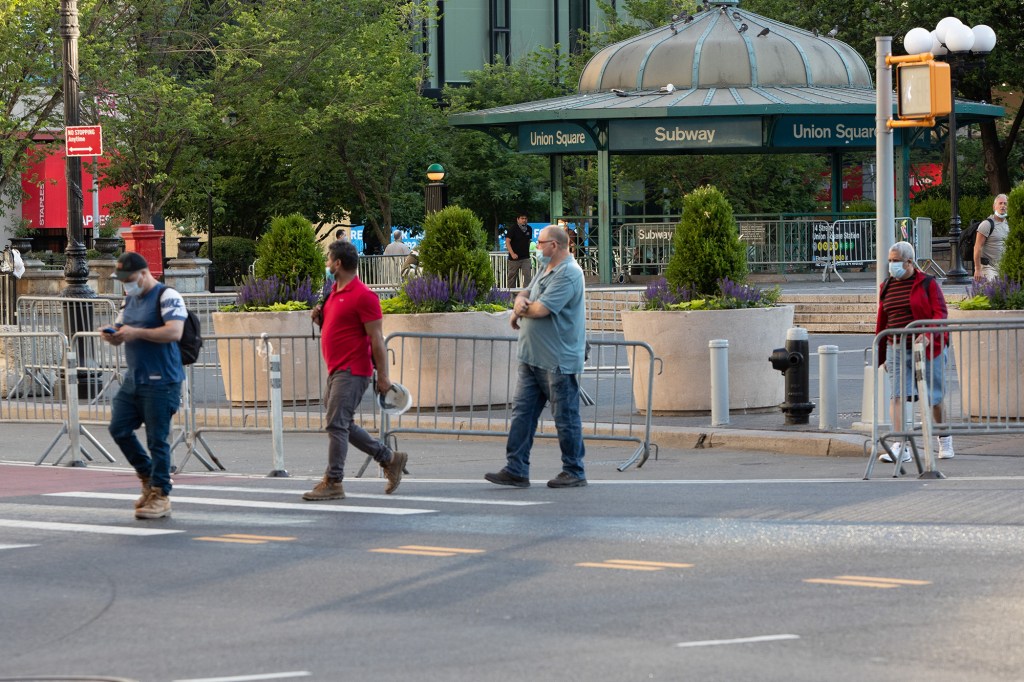 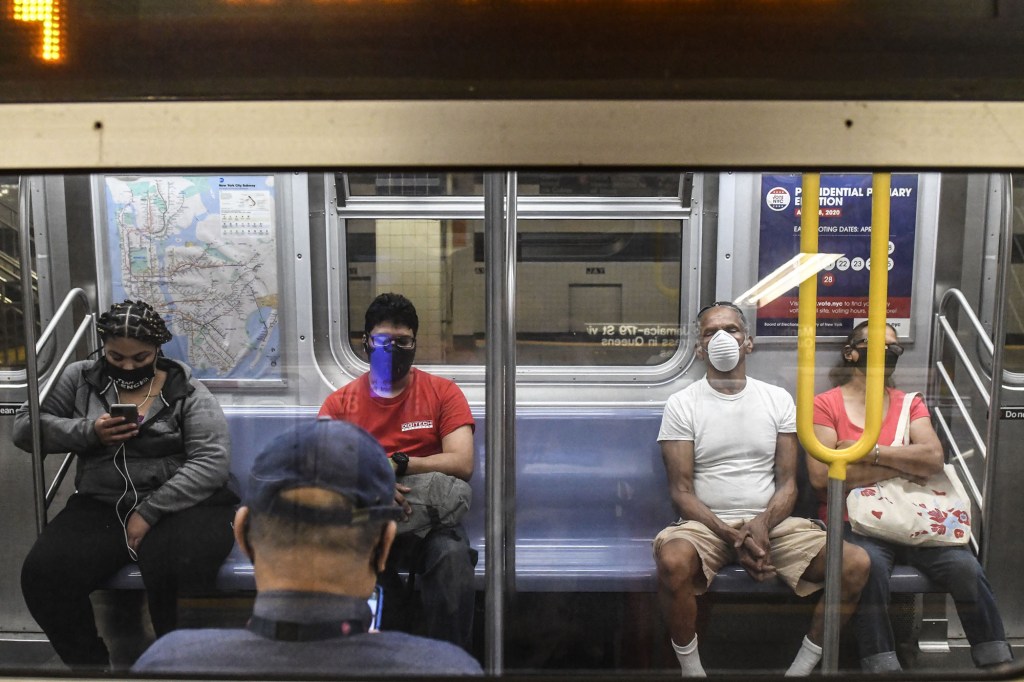 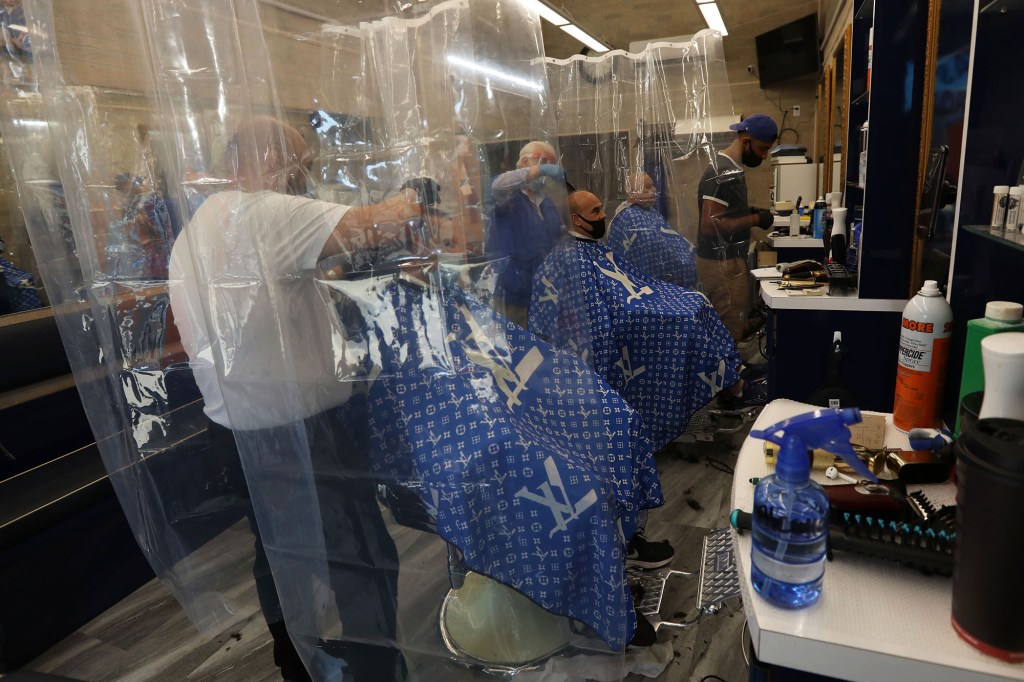 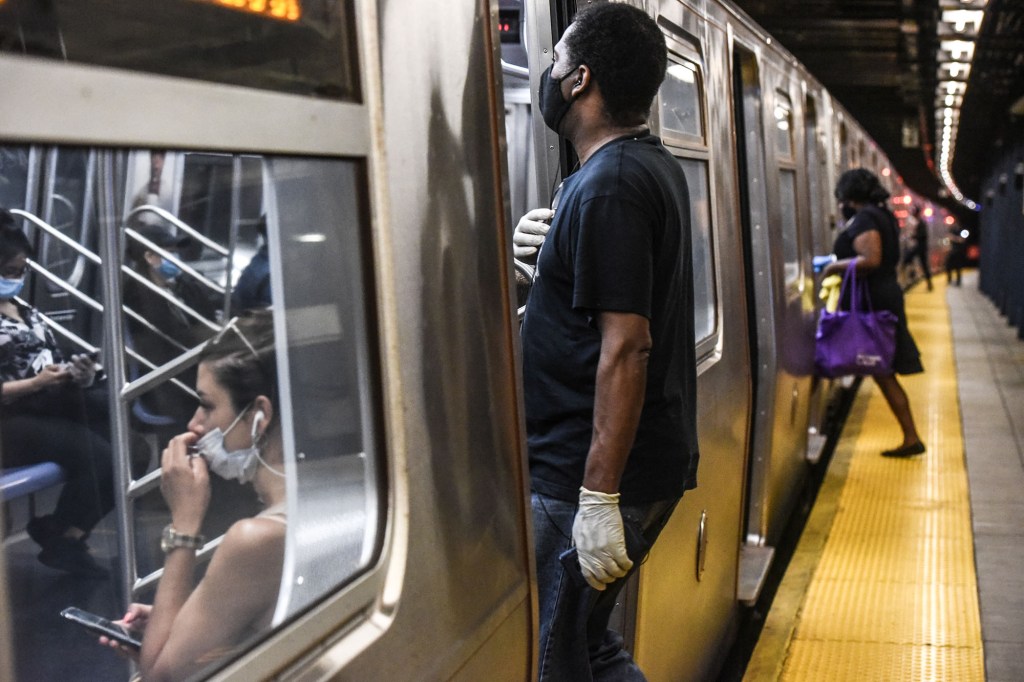