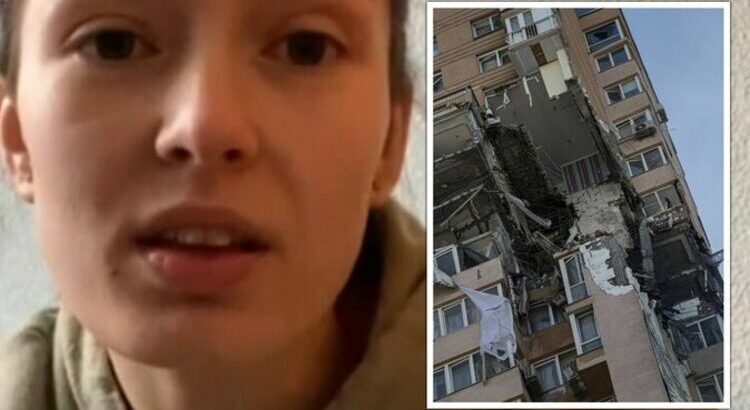 Alina Nesvit discussed the chaos of evacuating Kharkiv as Russian missile attacks devastate the town with many analysts believing Putin is changing his strategy following strong resistance from Ukrainians. Civilians have been killed in Russia’s latest missile attacks which have seen Kharkiv’s regional administration building destroyed by the strikes. Ms Nesvit also discussed the worrying tactic used by Russian saboteurs who have been marking the roofs of buildings and how Ukrainian forces have been “overwhelmed” with covering them up to disrupt Russia’s attack.

Ms Nesvit spoke to BBC Breakfast’s Dan Walker about the situation on the ground as Russia moves in to attack civilian targets.

She explained the country “has never been united” but the conflict had brought together everyone with everyone sharing resources to outlast the Russian offensive.

Mr Walker then wanted to discuss the news that Russian saboteurs have been marking roofs with red crosses to help Russia target the correct buildings.

He said: “I know what you’ve explained about how your own house has been bombed and various places around where you live.

“Can you give us an idea, is it right that in terms… that people have been putting marks on some houses and that’s how Russians are identifying those houses to attack?”

She replied: “Yes, there were some campaigns about leaving marks on the houses and on the streets to attack those exact houses.

“But, they bombed those to prove the marks are real and after that, [officials] were trying to make [people] report on those marks.

“And so our forces were overwhelmed [to remove those marks] and it took time from our forces.”

Official Ukrainian Government Facebook pages have been telling civilians to look out for marks on roofs that are left there by Russians.

They said: “City officials are asking residents of high-rise buildings, which have access to the roof, to urgently check the roofs for signs.

The mayor of the western town of Rivne, Alexander Tretyak, also published a post urging Ukrainians to be vigilant.

He wrote: “URGENT ANNOUNCEMENT! I ask the heads of condominiums to close all attics.

DON’T MISS:
What to do in a nuclear attack – four key steps to take to stay safe [ANALYSIS]
Chilling meaning of new symbols appearing all over Ukraine [INSIGHT]
Alexander Povetkin appears to defend Russian invasion of Ukraine [SPOTLIGHT]

“If you or the occupants of the house notice in the entrance, on the roof, near the houses of unknown persons, the mark of the label – immediately inform law enforcement.

“URGENTLY inspect your roofs, in case you find marks, paint them and close the access to the roofs.’’

Kyiv’s diplomat in Washington Oksana Markarova said a vacuum bomb was used during airstrikes against Kharkiv.

The bomb, which is also known as a thermobaric weapon is banned under the Geneva convention and draws in oxygen from the atmosphere to create an even more devastating explosion.

Ms Markarova said: “They used the vacuum bomb today, which is actually prohibited by the Geneva convention.

“The devastation that Russia is trying to inflict on Ukraine is large.

“But Ukrainians will resist, we are defending our home, we do not have any other option.