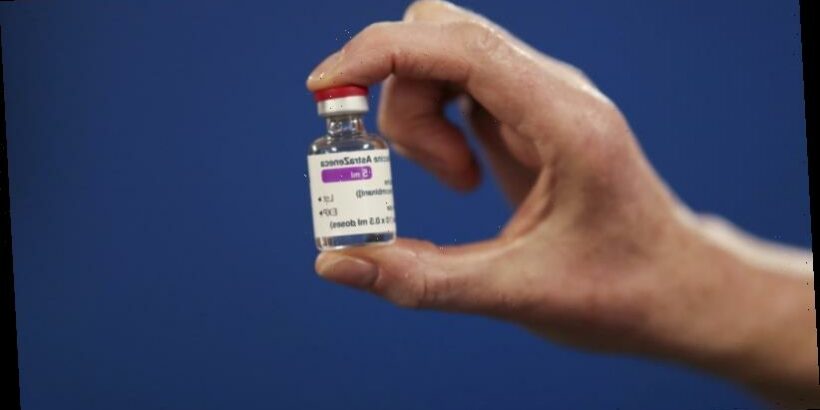 London: A key scientist behind the Oxford coronavirus vaccine has warned against pausing the planned rollout in Australia over concerns it might not generate herd immunity, arguing the proposed strategy would cost lives if the country were hit by another wave of infections.

In a strident defence of the jab developed by British researchers and pharmaceutical giant AstraZeneca, Professor Andrew Pollard said the focus should not be on whether vaccines stop transmission but rather their capacity to prevent serious illness and death.

He also said herd immunity may never be achieved even with an array of highly effective vaccines, meaning Australia would have to accept some level of community transmission at some point. 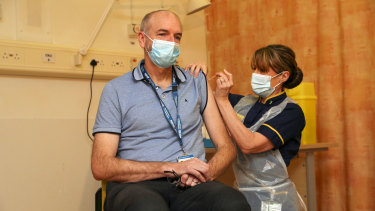 Professor Andrew Pollard, the director of the Oxford Vaccine Group, receives the jab given his status as a frontline health worker. Credit:Getty

Trials found the Oxford vaccine was at least 62 per cent effective in reducing the impact of COVID-19 when given in the recommended dose, compared to 95 per cent for products developed by Pfizer and Moderna. However, in a small group of volunteers who accidentally received a lower dose, that rate rose to 90 per cent, creating significant uncertainty over the vaccine’s true effectiveness.

But the Oxford jab prevented 100 per cent of serious illness or death during trials and Pollard argued that alone warranted its immediate distribution in Australia once regulatory approvals were granted.

"The debate on efficacy is something which needs to be divorced from the debate on impact," he said. "And impact is what we need if we are going to have societies get back to normal in 2021.

"The one hard bit of data we have for all the vaccines is that people who are vaccinated do not end up in hospital from COVID-19 and we've seen that consistently from our trials."

The Oxford jab prevented 100 per cent of serious illness or death during trials.

Australian Chief Medical Officer Paul Kelly dismissed the immunology society's concerns about herd immunity on Wednesday and pledged to push ahead with Australia's contract for 53.8 million doses of the Oxford product.

Pollard said it was still not certain whether coronavirus vaccines would ever achieve herd immunity because coronaviruses can mutate and the ultimate public take-up rate in Australia and other countries is not known.

Experts in Britain have repeatedly warned over recent months that coronavirus would likely become a seasonal challenge and never be eradicated.

"There is a major problem in that people like me in the vaccine world and immunologists are very focused on herd immunity because it is really seen as the way of interrupting serious infectious diseases," Pollard said.

"But the problem is we don't always achieve herd immunity and to make that the initial goal of a program where people are dying in a pandemic is perhaps the wrong way around to look at it."

Pollard agreed Australia was in a vastly different situation to other hard-hit countries but warned it was still at risk of a major outbreak. In that event, the Oxford product would slash the death toll and burden on hospitals, he said.

"This is a virus which spreads incredibly easily and we are going to be, in all countries, back in a situation of further waves of disease so we have to be really careful not to be complacent during quiet periods because it's very likely to be back and cause further problems."

Pollard also noted the Oxford vaccine required storage at refrigeration temperatures, not the extreme cold required to store the Pfizer vaccine, which would allow it to be more easily rolled out to remote communities around the globe. The Oxford jab will also be manufactured in Australia.

The federal government has arranged to buy 10 million doses of the Pfizer vaccine, which is enough for 5 million people given the requirement for two doses per person, but it has to rely on supplies from the United States or Europe because the product cannot be manufactured locally.

The Oxford-AstraZeneca was granted emergency approval in Britain a fortnight ago.