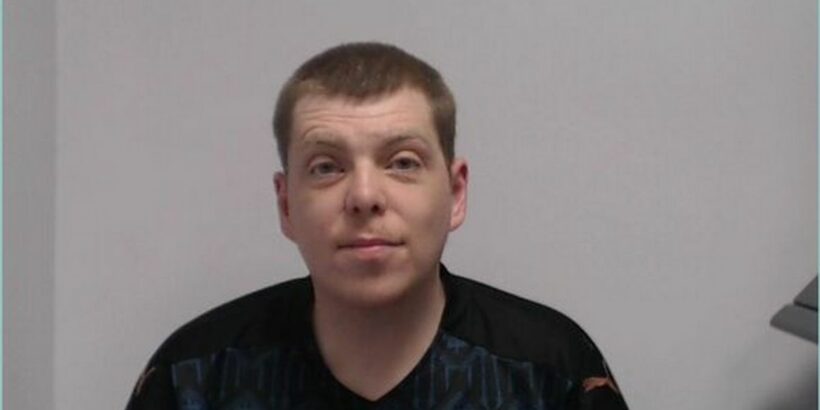 A paedophile has been exposed by a vigilante group after they caught him with a bag of condoms and alcohol as he prepared to meet with "an 11-year-old girl" that he had preyed on and groomed.

Simon Hammerton, 33, was caught by a group of adults who were posing as young children online, as he went to meet what he believed to be a young girl, at Ashton-under-Lyne bus station in Greater Manchester.

The vile 33-year-old was quickly trapped by the group of decoys who immediately placed him under citizen's arrest in July 2021.

He was then arrested for sex offences after the online safety group contacted the police who have "ensured" that he will no longer be able to "inflict any further abuse", the Manchester Evening News reports.

Detectives found that Hammerton had targeted a number of innocent profiles that he believed were children and asked for illegal material such as explicit videos and indecent photographs.

His laptops and mobile phones were seized and authorities established that in June, Hammerton had been speaking with two "girls" from Leicestershire and Southampton who he believed were both 12 years old.

During their online conversations, he would regularly tell them he wanted to kiss them, Minshull Street Crown Court heard.

On one occasion, he sickeningly encouraged a girl to send him photos of her in her school uniform or underwear.

Hammerton, of Auburn Avenue, Hyde, was jailed for five years and four months and made subject to a Sexual Harm Prevention Order at Minshull Street Crown Court.

Detective Constable Sue Masheter of the Phoenix Tameside CSE Team said: "Child Sexual Exploitation takes place in many forms and in this case Hammerton engaged in online communications with what he believed were very young children, not sparing any thought for the lasting damage his actions could have.

"Unknown to Hammerton, the 'children' he thought he was communicating with were actually adults and thankfully we have now been able to remove a dangerous individual from our community and ensure that he is not able to inflict any further abuse.

"I would like to thank the members of the online safety group, namely STOP for their cooperation throughout this investigation."