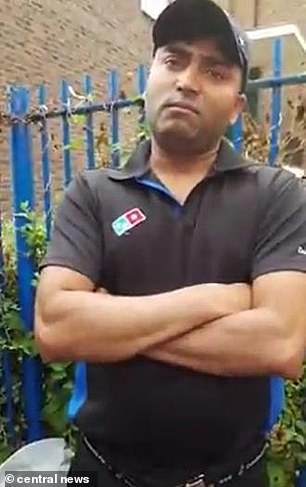 A pervert was trapped by a gang of paedophile hunters after trying to entice a girl with an explicit image of a snake.

Kumar thought he was sending the image to a 13-year-old girl called Molly but he was snared in a sting set up by a paedophile hunter group called ‘Stolen Youth No More’.

The father-of-two asked the girl if she had a boyfriend and if she had started her period yet, Snaresbrook Crown Court heard.

John Evison, prosecuting, told the court: ‘He sent her a picture of a bedroom with a teddy bear on the bed.

‘He told her to get the train to Paddington or Euston.’

Kumar said he would send an image of his credit card and asking Molly to come visit him.

Six months later on July 6 Kumar messaged her again, sent her a photo of his face and then forwarded her the explicit image – which he called a ‘China special’.

Kumar was tracked to his place of work, a Domino’s pizza takeaway in east London, by the paedophile hunters Stolen Youth No More’ on July 21.

They held him there until police arrested him and brought him to Brixton police station.

Kumar said that he thought the profile was a prank organised by colleagues and that he sent the image of the snake to test them. 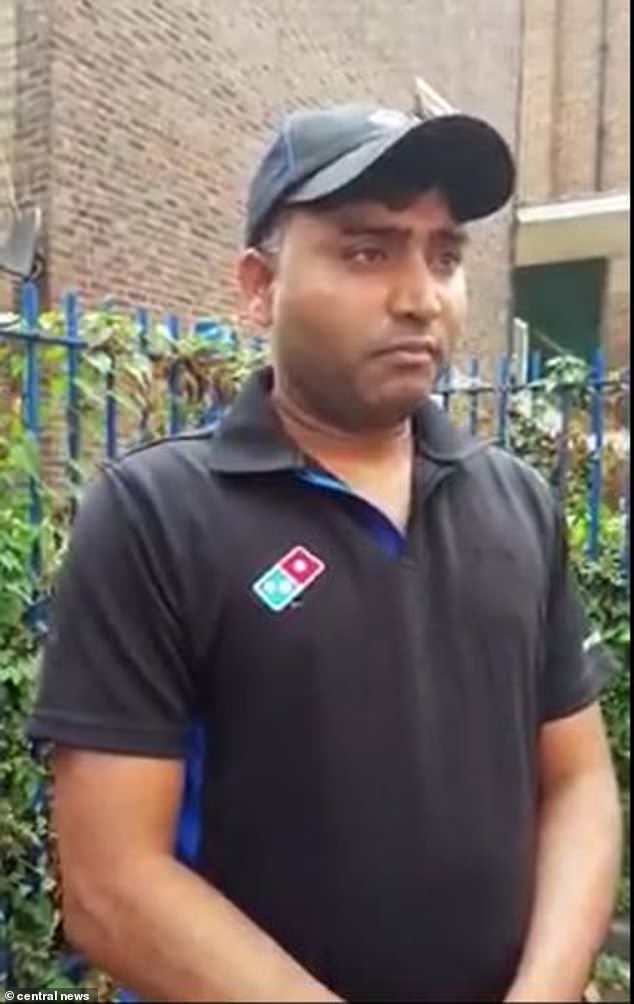 But the pizzaman then pleaded guilty to all three charges at the earliest possible opportunity.

Jonathan Underhill, defending, said: ‘This is a man still coming to terms with the desires he suffers from.

‘He has lost his good character in the worst possible way.

‘He has completed an online course to help those who suffer from it. He has sought help independently.’

Judge Neil Sanders told Kumar: ‘You are 38-years-old with no previous convictions.

‘As far as you were concerned it is quite clear that you thought that (the girl) was 13 years old.

‘There were quite clear requests by you to meet up.

‘The obvious suggestion is that that should result in sexual intercourse between you.

He was sentenced to 10 months imprisonment suspended for 24 months, a 60 day Rehab Activity Requirement, 100 hours of unpaid work, and a five year sexual harm prevention order.