Islamabad:  Pakistani authorities have barred a US diplomat, involved in a road accident that killed a motorcyclist in the capital Islamabad, from leaving the country.

Two security officials said on Saturday that the plane at Nur Khan air base arriving to carry U.S. military attache Col. Joseph Emanuel Hall out of Pakistan has returned after he failed to get clearance. The officials spoke on condition of anonymity as they were not authorized to brief reporters. 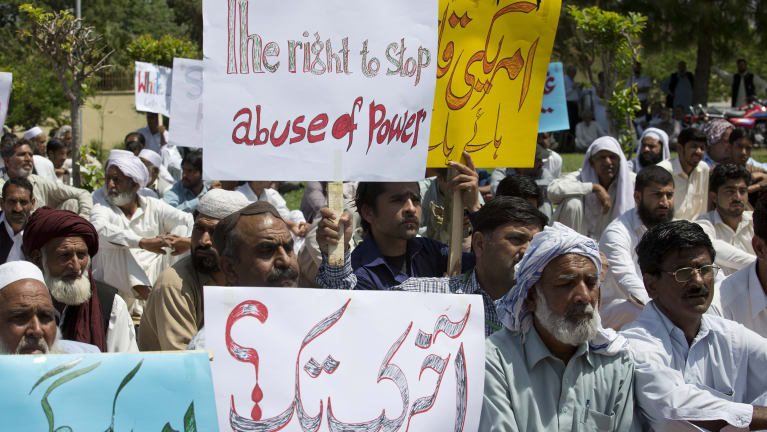 Protesters at the site of the fatal accident involving the military attache in Islamabad.

The US embassy and Pakistan's Foreign Office declined to comment.

Hall is accused of running a red light and killing Ateeq Baig on April 7.

Islamabad's High Court, noting that Hall did not have full diplomatic immunity, had directed the government to decide whether to add his name to a travel ban list.