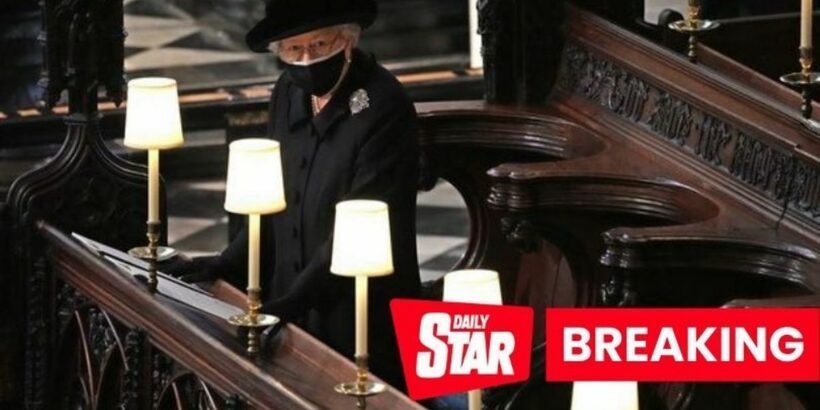 Despite escalating concerns around her health, the Queen is still hopeful she will join her family in a poignant memorial for Prince Philip later today (Tuesday).

But although the monarch is mentioned in the Order of Service, Buckingham Palace is expected to confirm as late as Tuesday morning whether or not she will be able attend the event – which is of special significance to her.

The 95-year-old head of state pulled out of the Commonwealth Day service earlier this month due to comfort issues and has spoken about not being able to move.

She recently recovered from Covid-19 and appeared on good form at Windsor last week.

Prince Harry and Meghan Markle will definitely not be in attendance.

Controversially, Prince Andrew Duke of York will be in attendance despite recently settling a sexual assault civil case in the US out of court.

The Palace said the Queen has been actively involved in the plans for the service, with many elements reflecting her wishes.

And in another emotional nod to her late husband, several of the details in the service were actually planned by the Duke of Edinburgh himself.

The duke's express wishes for the congregation to join and sing the rousing hymn Guide Me, O Thou Great Redeemer, and for the clergy from Windsor, Sandringham and Balmoral to play a special part will finally be granted on Tuesday.

The duke had an active role in the day-to-day management of the estates for many years.

He wanted the minister of Crathie Church near Balmoral, the rector of Sandringham and the chaplain to the Royal Chapel of All Saints, Windsor Great Park, to take part in his funeral.

But the farewell to Philip in St George's Chapel last April was limited to just 30 people in the midst of the pandemic and mass singing was banned, with the Queen sitting alone in a mask. Eleven months on, the royal family including the Prince of Wales, the Duchess of Cornwall and the Cambridges will gather as part of a 1,800-strong congregation for a thanksgiving service in the duke's honour.

Among those seated in the abbey will be the Duke of York, despite Andrew paying millions out of court earlier this month to settle a civil sexual assault case.

He will arrive alongside his daughters Princess Beatrice and Princess Eugenie, and their husbands Edoardo Mapelli Mozzi and Jack Brooksbank.

However, the Duke and Duchess of Sussex are not returning from the US for the service.