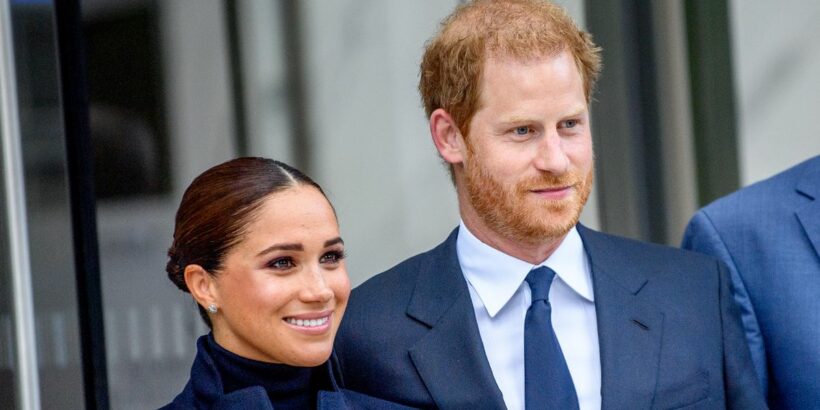 Buckingham Palace reportedly went to "great lengths" to support Meghan Markle during her time as a working royal, author Andrew Morton has claimed.

In an updated biography of Markle, the writer details a "formidable backroom staff" who worked for the Duchess of Sussex during her time with The Firm, including monitoring social media accounts and reporting any online trolls to the police.

Six new chapters of Morton's book 'Meghan: A Hollywood Princess' go into further detail about the reception that the Meghan received after her marriage to Prince Harry.

Among the claims in the book is the assertion that it was Harry who was the "prime mover" in the rift between the Sussexes and the Palace, but Meghan ended up being the one who "took the hit" as a result.

Other revelations in the book include claims that it was the Sussexes who lobbied the Royal Family to not make their son Archie a prince, as opposed to the other way around.

The book also claims that Prince William did not agree with keeping the names of Archie's godparents a secret.

Morton also claims that the Queen assigned her own assistant private secretary to help acquaint Meghan with royal life.

Morton wrote: "Before the wedding, the Queen had shrewdly assigned her own experienced assistant private secretary Samantha Cohen to explain the workings of the Monarchy and the Commonwealth to Meghan."

Morton goes on to claim that there was not any "real rapport" between Kate and Meghan.

The new details could shed doubt on claims made by the Sussexes in their bombshell Oprah interview that they were shut out by other royals.

They come amid claims of a "PR war" between the Sussexes and the Palace, as the Palace moves to patronise new charitable organisation and causes which had previously been the domain of Harry and Meghan.