Israel has handed over eight years’ worth of undelivered letters and packages to the Palestinian postal service after blocking their release on security grounds.

Palestinian postal staff are working overtime to sort through ten tons of letters and packages.

The parcels, dating from between 2010 and this year, had been prevented by Israel from entering the West Bank via Jordan. 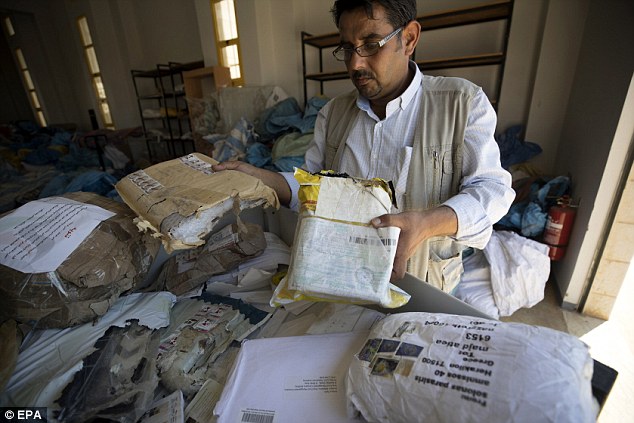 Parcels, dating from 2010 to this year, had been prevented from entering the West Bank via Jordan by Israel (pictured, a Palestinian employee sorts undelivered mail) 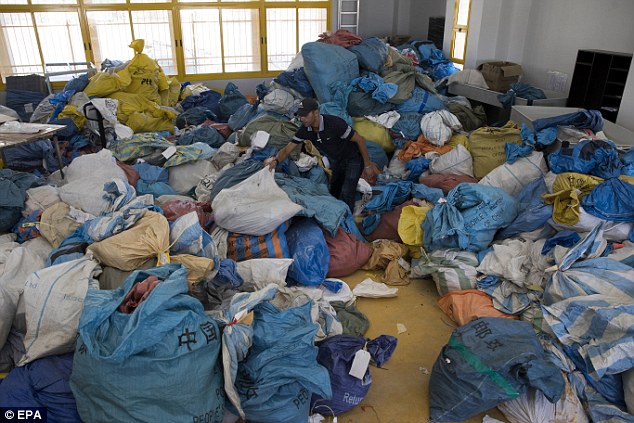 They were released in a one-off deal, Palestinian officials said.

Letters, medicine, and even wheelchairs for the disabled were found in the sorting centre in the occupied West Bank city of Jericho.

All goods intended for the West Bank and Gaza are controlled by Israel, and the Israeli postal service handles mail.

Palestinian officials have accused Israel of delaying a 2016 deal to allow Palestinians to receive international mail without it first being handled by Israel.

Palestinian Telecommunications Minister Allam Mousa accused Israel in a statement of having blocked the delivery and of delaying the implementation of an agreement on postal services.

Israeli authorities confirmed the packages had been transferred and said an agreement was in the works, but did not comment in detail.

Ramadan Ghazawi, an official at the sorting centre in Jericho, said he understood some items had been blocked for security reasons, while others were barred on administrative grounds. 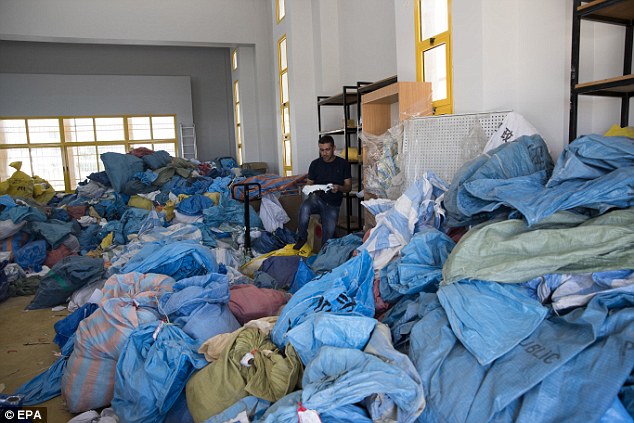 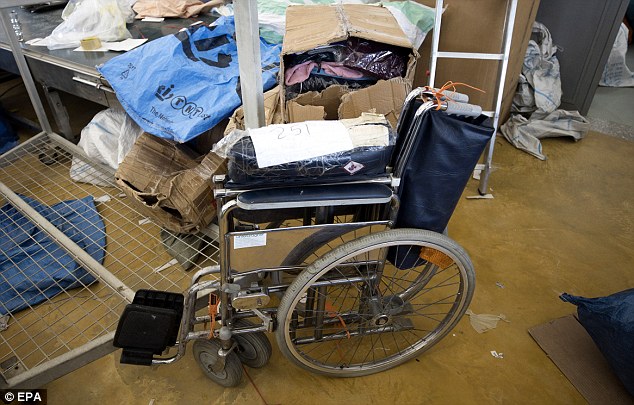 Letters, medicine and even wheelchairs for the disabled (pictured) were released in a one-off deal

‘A few days ago Israel allowed more than 10 tonnes of postal parcels that were stuck in Jordan,’ he said.

He said it would take his staff another two weeks to sort through all the parcels and get them delivered to their recipients.

Israel controls all entrances and exits to the West Bank and can prevent goods passing through as it sees fit.

Palestinian officials say such control cripples their economy and freedom of movement. 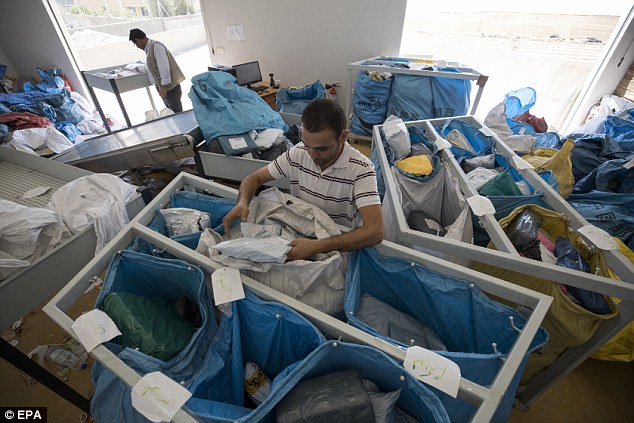 Israel controls all entrances and exits to the West Bank and can prevent goods, including letters, passing through as it sees fit

In the sorting centre, hundreds of bags were piled on top of each other as workers picked through them in the stifling summer heat.

Ghazawi said that the parcels and letters, mostly the former, had been sent from all over the world.

Many were goods ordered online by Palestinians that never arrived.

A note attached to a wheelchair said it was sent from Turkey in 2015 and meant to be delivered to the Gaza Strip.

COGAT, the Israeli defence ministry body responsible for civilian coordination in the Palestinian territories, said the release was part of confidence building measures after the two sides agreed on a postal entry deal ‘about a year ago’.

It said while the deal had not yet gone into force for future deliveries, it had ‘allowed a one-time transfer of approximately ten and a half tonnes of mail that had been held in Jordan’.

Some of the transferred goods had been broken, and Ghazawi said that to avoid complaints they were delivering them along with a statement saying Israeli authorities had delivered them in this condition.