Gordon Ramsay has been blasted by Baywatch icon Pamela Anderson for ‘cruelly’ selling foie gras at his restaurants and called on him to banish it from his menu.

The 51-year-old vegan actress has written a letter to the TV chef urging him to stop selling the dish at Restaurant Gordon Ramsay, his flagship eaterie in London.

Although the production of foie gras, or fat liver, is illegal in Britain it is still legal to import it into the country.

In some cases it is made by force-feeding geese and ducks, either in factory farms or by hand, until their livers swell to up to ten times their normal size. 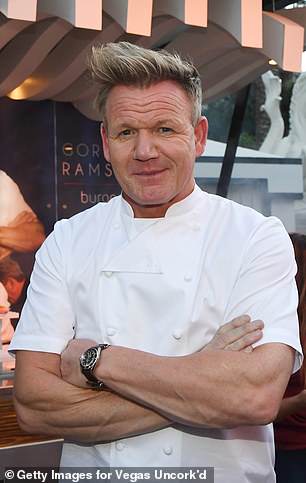 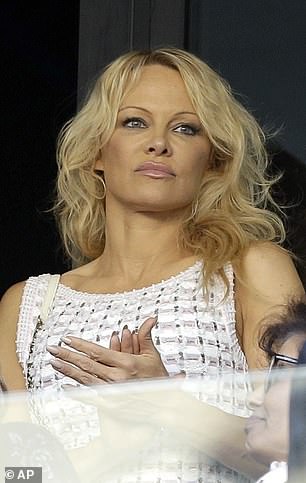 Gordon Ramsay (left) has been blasted by Baywatch icon Pamela Anderson (right, in Marseilles on Sunday) for selling foie gras at his restaurants and called on him to banish it from his menu 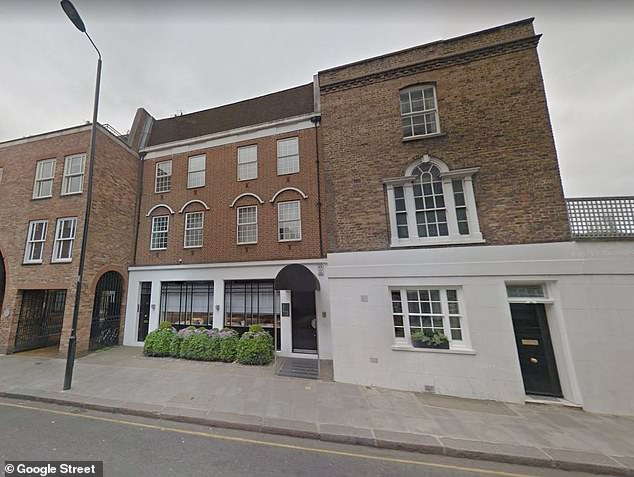 The 51-year-old vegan actress has written a letter to the TV chef urging him to stop selling the dish at Restaurant Gordon Ramsay, his flagship eaterie (pictured)

In the letter, she writes that foie gras is ‘nothing more than a diseased liver produced in a real-life Hell’s Kitchen’.

She adds: ‘Given your exceptional talent, I have no doubt that you can create dishes to impress that don’t involve this cruelty.’

Foie gras is made of duck or goose liver.

By French law, it is defined as the liver of a duck fattened by force feeding corn. Outside France it is sometimes produced using natural feeding.

The technique, known as gavage, dates back as far as 2500 BC when the ancient Egyptians kept birds for food and deliberately fattened them through force feeding. 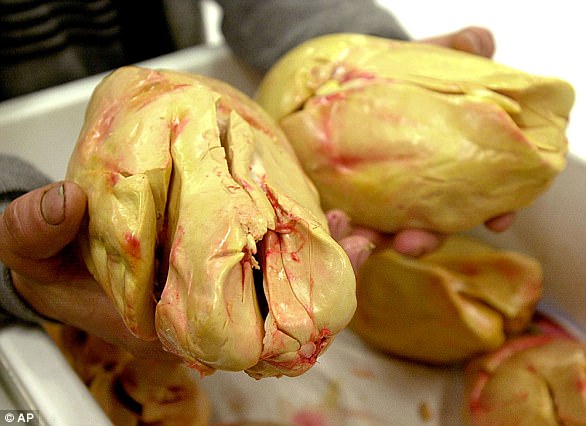 By French law, foie gras is defined as the liver of a duck fattened by force-fed corn

France is the largest producer and consumer of foie gras but it is made and consumed around the world – especially in Europe, America and China.

In France, foie gras comes in various forms such as whole foie gras which is made of one or two whole liver lobes, or as pieces of livers mixed together.

Anderson is spearheading a campaign for People for the Ethical Treatment of Animals (PETA), the animal rights charity.

The former Baywatch star angered some French politicians in 2016 when she appeared in the National Assembly in Paris to support a ban on foie gras.

Many claimed it was inappropriate for an unelected Canadian-American known for appearing nude in Playboy to be interfering in the democratic process.

The anti-foie gras campaign has previously been supported by celebrities such as Kate Winslet, Ricky Gervais, Ralph Fiennes and the late Sir Roger Moore.

PETA’s Director of Vegan Corporate Projects, Dawn Carr said: ‘Pamela Anderson is a long-time champion of animals, including the birds who are abused to produce foie gras.

‘Over the past few years, she has written to London department store Fortnum & Mason urging it to ditch the vile pâté and called on the French National Assembly to ban the force-feeding of geese and ducks.

‘On foie gras farms, workers repeatedly ram pipes down gentle birds’ throats and pump huge amounts of grain into their stomachs, often tearing holes in their necks and sometimes rupturing their internal organs.

‘Foie gras production is so cruel that it’s illegal in the UK and more than a dozen other countries, and the majority of the public is rightfully sickened by this horrific industry.

‘Consumers have the power to take a stand against foie gras by refusing to buy this ‘torture in a tin’ and instead choosing one of the many healthy and cruelty-free vegan vile pâté’s available.’ 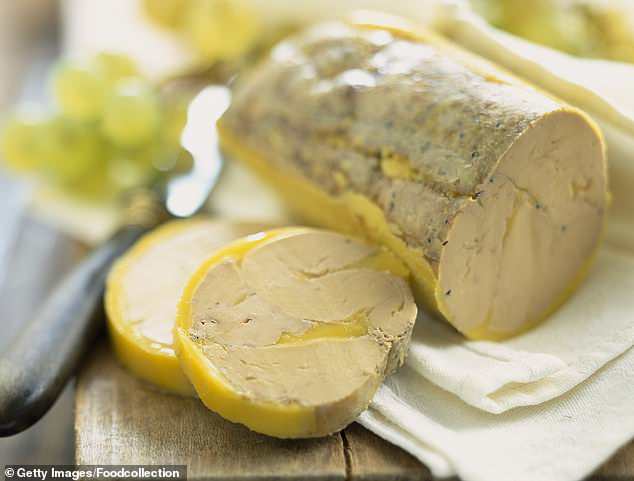 ‘You can create dishes to impress that don’t involve this cruelty’: Pamela’s letter to Gordon in full

I was thrilled to see your tweet a few months ago saying you’d ‘give this vegan thing a try’ and experiment more with plant-based foods, so I was surprised to learn from my friends at PETA that you’re still offering foie gras at your flagship establishment, Restaurant Gordon Ramsay.

I’m writing to encourage you to banish this dish from your menu-but also to present you with an idea.

I’m sure that your restaurant makes a great effort to create a beautiful dining experience, but foie gras is nothing more than a diseased liver produced in a real-life Hell’s Kitchen.

To make it, ducks and geese are force-fed until their livers swell to up to 10 times their normal size.

This agonizing process is so cruel that it’s illegal to produce foie gras in the UK and over a dozen other countries, and two-thirds of the British public supports a ban on its sale.

Given your exceptional talent, I have no doubt that you can create dishes to impress that don’t involve this cruelty.

Which brings me to my idea: November is World Vegan Month, and I’d like to suggest that you add a new item to your menu for the month: faux gras, a decadent vegan version of the dish that comes with all the flavor but none of the suffering.

Chef Alexis Gauthier recently crafted an exquisite faux gras for Gauthier Soho. (A video for his recipe has been viewed more than 6 million times!) I’m sure yours would also be a knockout, and I’d be delighted to try it the next time I’m in London. And who knows, perhaps you’ll consider leaving it on the menu for good.

Thank you for your time and consideration.