A paraglider has died and another has been left with potentially life-changing injuries after they collided in mid-air before crashing into a field.

Emergency services rushed to the scene after the collision near the village of Northborough, Peterborough this morning.

One was found dead at the scene while the other has been airlifted to a hospital in London with severe injuries. 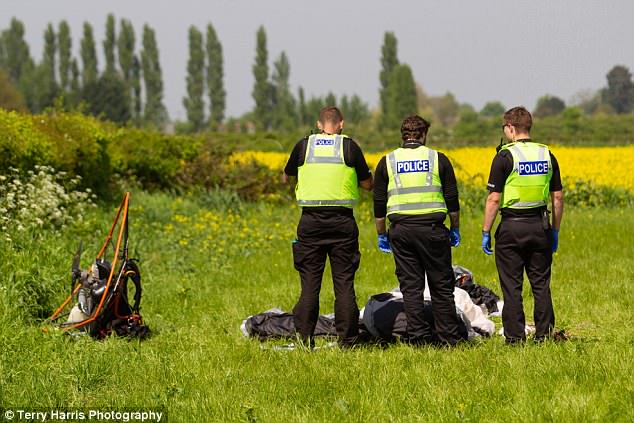 No details of the paragliders, including their gender or age, have yet been released.

This morning, police were seen collecting evidence at the field as they investigate how the crash took place.

A Cambridgeshire police spokesman said: ‘At 8.50am we attended Rippons Drove at Northborough following reports of a collision of two paragliders at that location who crashed into the ground. 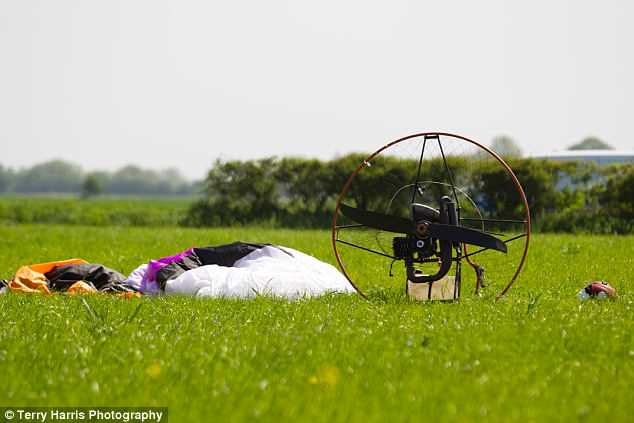 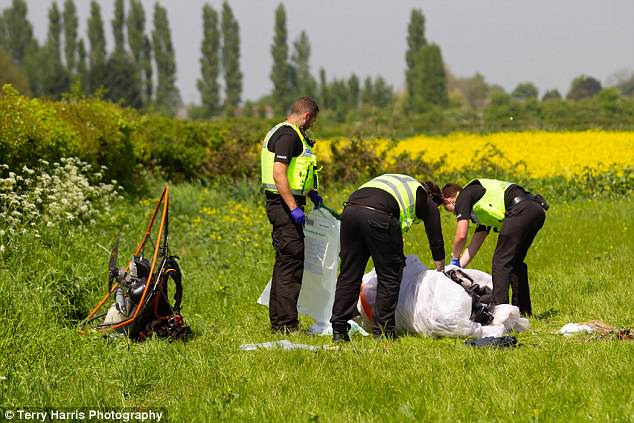 According to police, one paraglider was found dead at the scene while the other was taken to hospital with potentially life-changing injuries

‘Police attended to find the ambulance service and fire service at the scene. One pilot received potentially life-changing injuries and is being treated at Nottingham hospital after being airlifted.

‘The second pilot sadly died at the scene. The incident has initially been referred to the AAIB (Air Accidents Investigation Branch) who have asked their colleagues at the UK paragliding association to conduct an investigation on their behalf.

‘We will assist UK paragliding by securing the scene and collecting information the coroner will want to know. We are dealing with it as an accident and supporting UK Paragliding at this time.’ 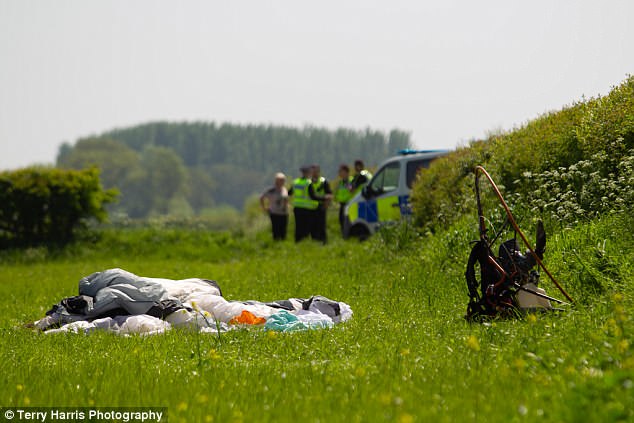 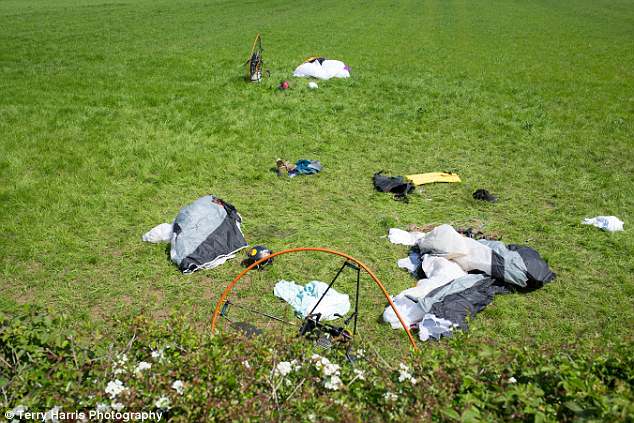 No details of the paragliders involved in the horror collision, including their gender or age, have yet been released 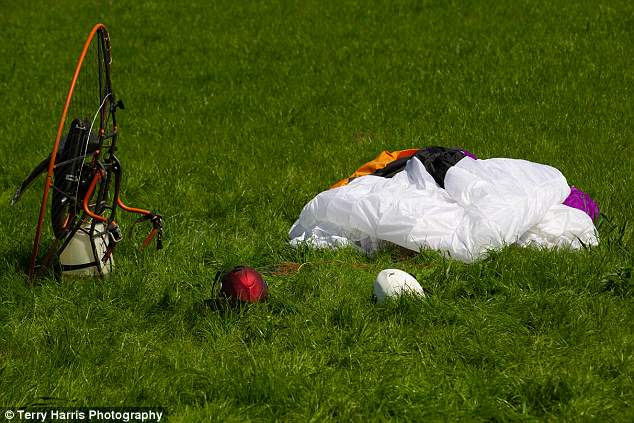 The police said: ‘We will assist UK paragliding by securing the scene and collecting information the coroner will want to know’