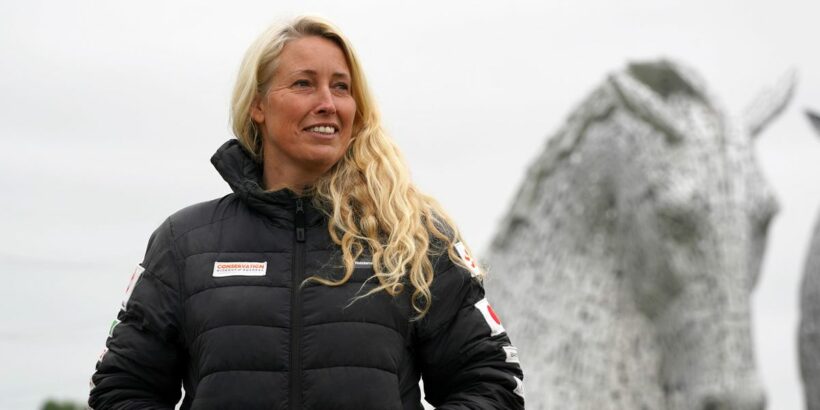 Sacha Dench, dubbed the 'human swan' for flying around the UK in a motorised paraglider has been seriously injured in a mid-air crash.

She plummeted from the sky during her 3,000-mile journey after colliding with a member of her crew.

Dan Burton, 54, who was in a separate paramotor, died following the horror smash.

The biologist, a relative of Dame Judi Dench, gained her moniker after raising awareness of the plight of Bewick's swans by flying from the Russian Arctic to Britain.

Miss Dench and Mr Burton were attempting to complete a circumnavigation of the UK as part of the Round Britain Climate Challenge.

They were in the final stages when disaster struck.

They aimed to fly around Britain in wind and green electricity powered paramotors ahead of the climate summit in Glasgow in November.

My Burton uploaded a final photo on his Facebook page at around 8am Saturday, which showed clouds rolling over the hills near the village of Tongue, based in the Scottish Highlands.