Jerusalem: Paraguay opened its new embassy in Jerusalem on Monday, following in the footsteps of the United States and Guatemala.

President Horacio Cartes dedicated the embassy, making Paraguay the third country to transfer its diplomatic mission in Israel from Tel Aviv to Jerusalem. 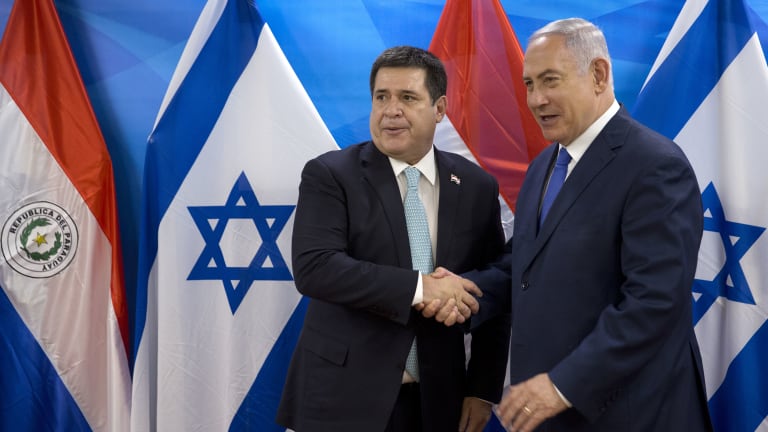 Romania, the Czech Republic and Honduras have said they are also considering doing the same.

US President Donald Trump's announcement on Jerusalem in December was welcomed by the Israeli government. But it infuriated the Palestinians, who claim Israeli-annexed east Jerusalem as their future capital.

The US Embassy move added fuel to the weekly Palestinian protests in Gaza demanding the right of return to Israel and the lifting of a decade-old naval blockade. The protests culminated last Monday, when Israeli forces killed nearly 60 Palestinians in clashes along the border.

But the US embassy move has also sparked others to rally in support of Israel.

The entrance to Jerusalem was lined with the flags of Paraguay on Monday and Israeli Prime Minister Benjamin Netanyahu said at the ceremony that he was there to "salute" a great friend.