A paraplegic athlete is suing Luton Airport after dragging himself through the terminal building when his wheelchair was left on a flight.

Justin Levene was left unable to walk after suffering a herniated disc and nerve damage when he collapsed while coughing two days before his 21st birthday.

He has refused to let his disability prevent him from living a full life however and has competed as an international wheelchair athlete.

But Justin says he was left ‘humiliated and degraded’ when workers at Luton Airport left his custom-made self-propelling wheelchair on a flight and offered to push him through the terminal in a wheelchair. 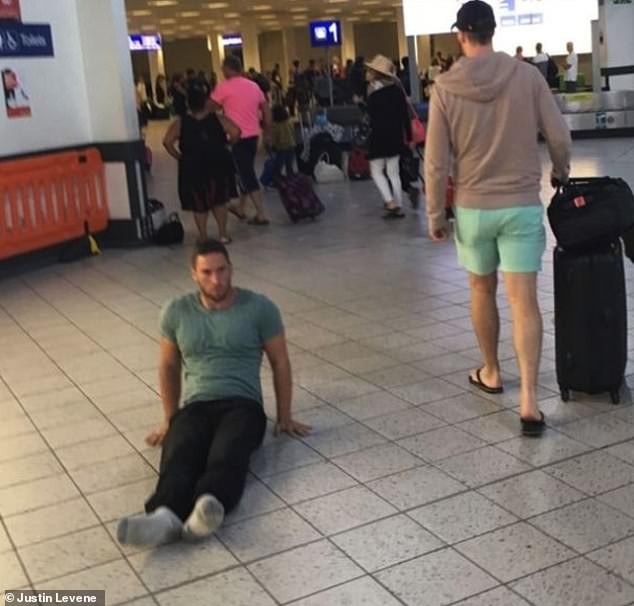 Footage shows Justin Levene dragging himself through Luton Airport after his wheelchair was left on a flight. He is suing the airport, who only offered to push him through themselves 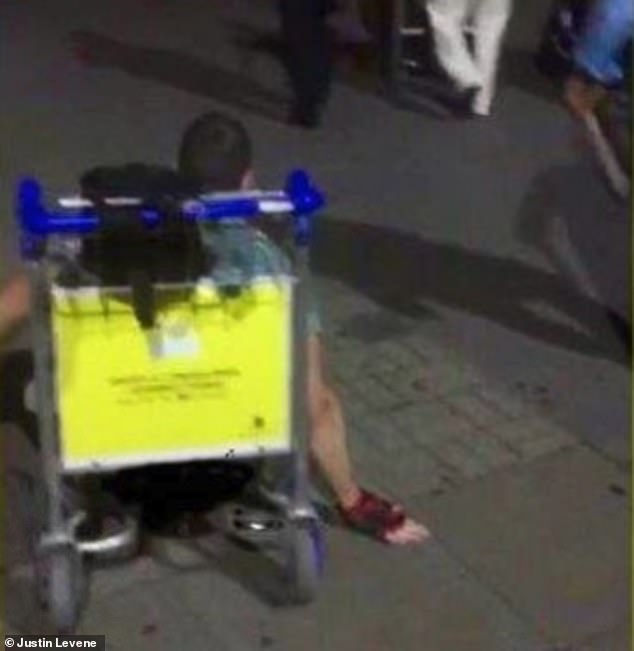 He said the airport’s offer would have meant he was strapped down and unable to adjust himself.

Mobile phone footage filmed by one of his friends shows him dragging himself through the Luton terminal by his arms, before sitting up on a baggage trolley.

He is now suing Luton Airport, saying he was denied independence by their offer of transporting him, and their actions were therefore discriminatory.

He told the BBC: ‘I was angry that none of the staff seemed to understand the position or seemed to have any empathy for what was happening.’

The lawsuit will centre on whether it is enough for companies to offer to transport disabled customers, or whether they should offer them independent means of getting around their premises.

A spokesman for Luton Airport said: ‘On discovering that Mr Levene’s flight from Croatia had arrived without his wheelchair, in August 2017, our teams worked hard to find a solution, offering Mr Levene an assisted wheelchair as a temporary replacement.

‘Whilst we apologise if Mr Levene was dissatisfied with the service he received, we are satisfied that our agents and staff did all they could in difficult circumstances.’ 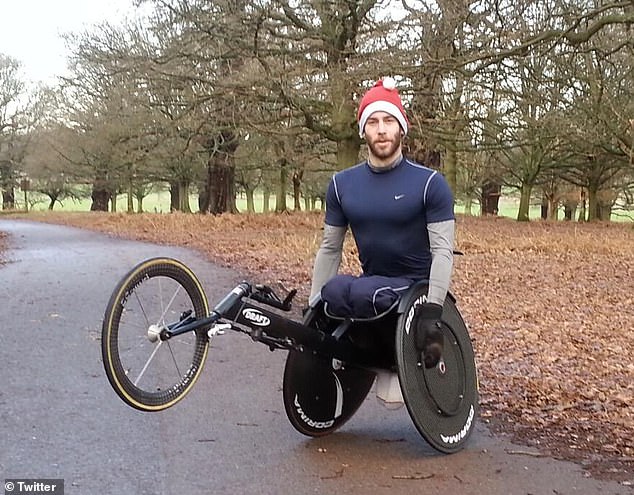 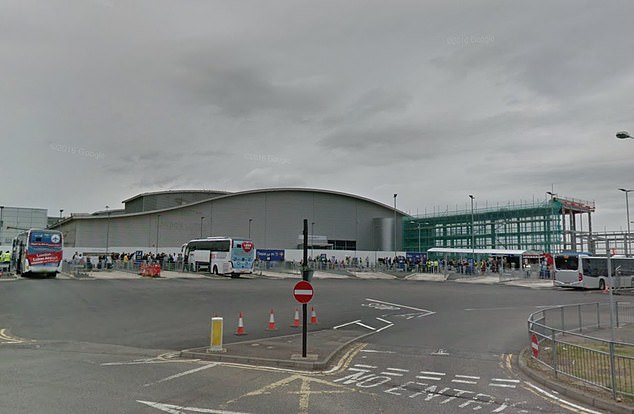 Luton Airport is set to fight a legal battle with Justin, after backing the action of staff