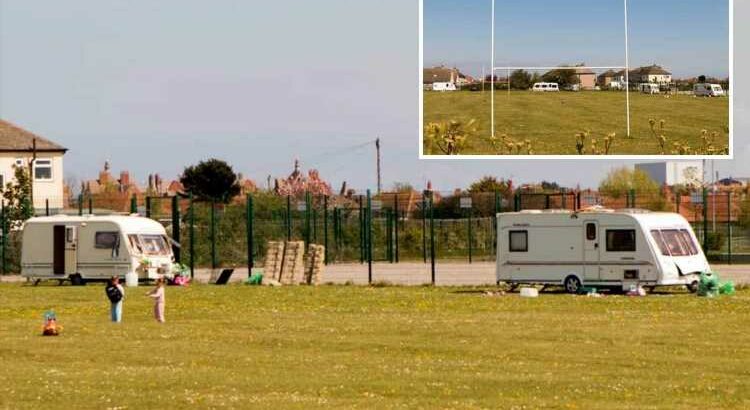 PARENTS have been left "disgusted" as a school sent home pupils today after travellers set up camp on the playground.

Rhyl High School in North Wales decided to keep the kids at home after a convoy of caravans were seen pulling up on the playing field last night. 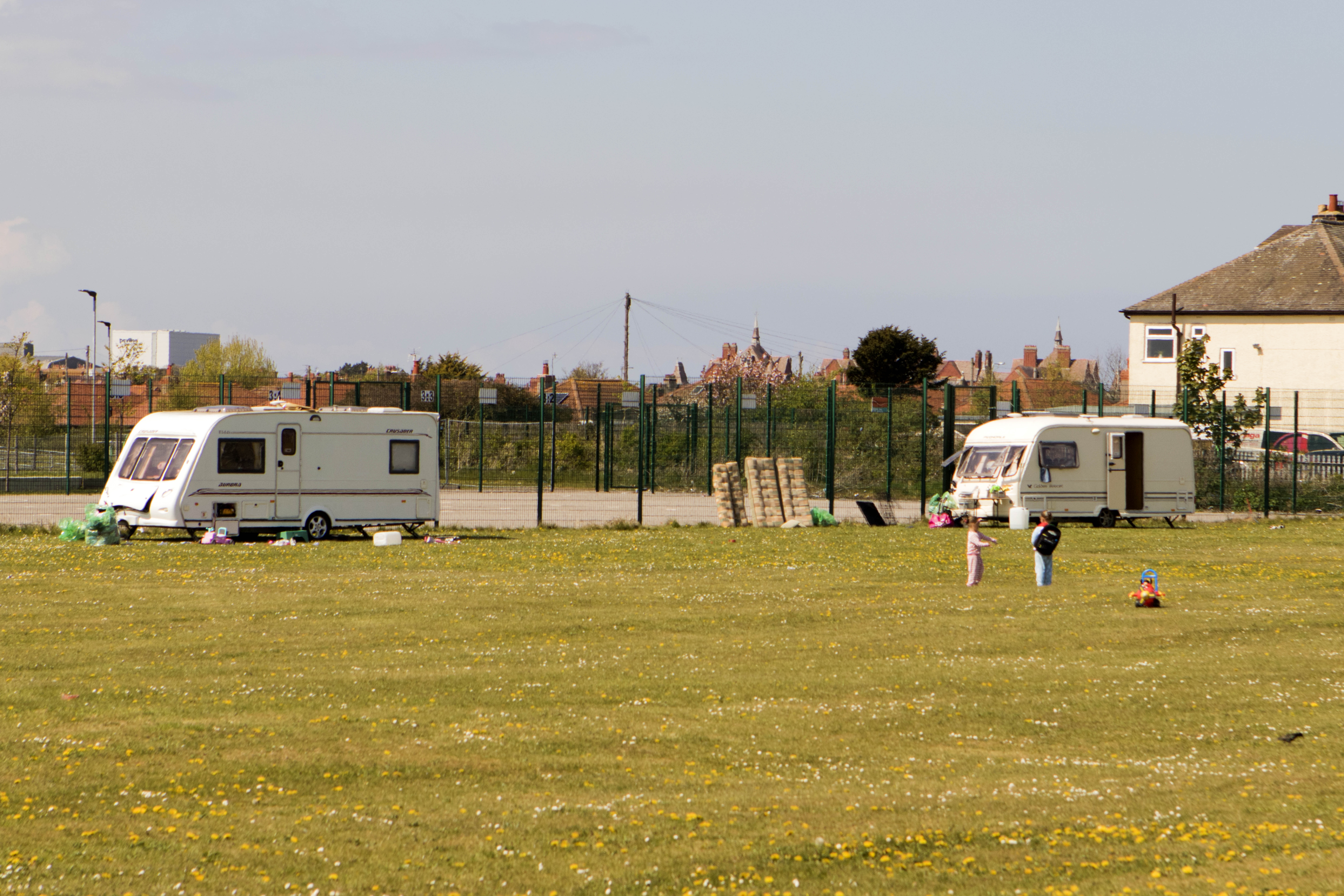 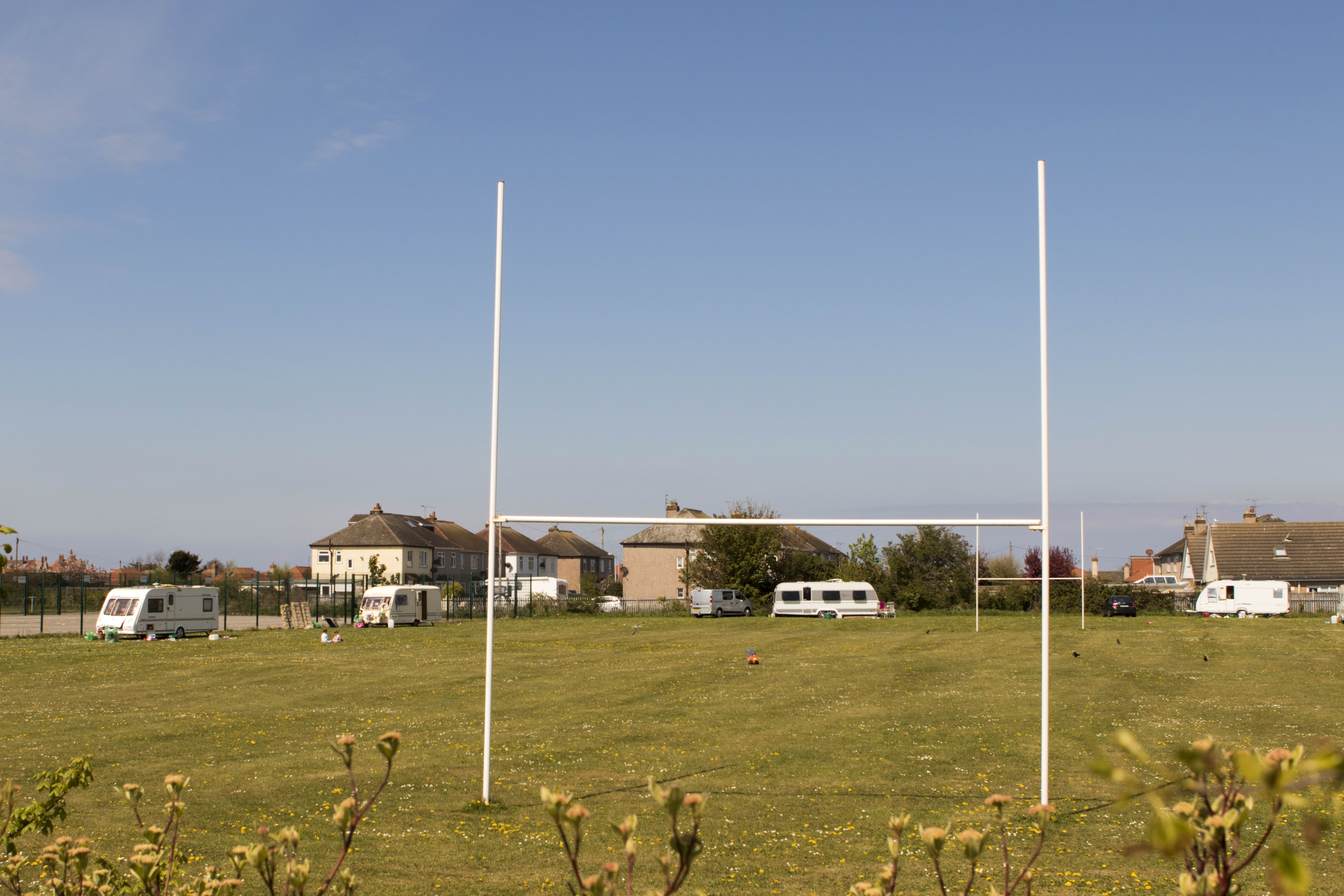 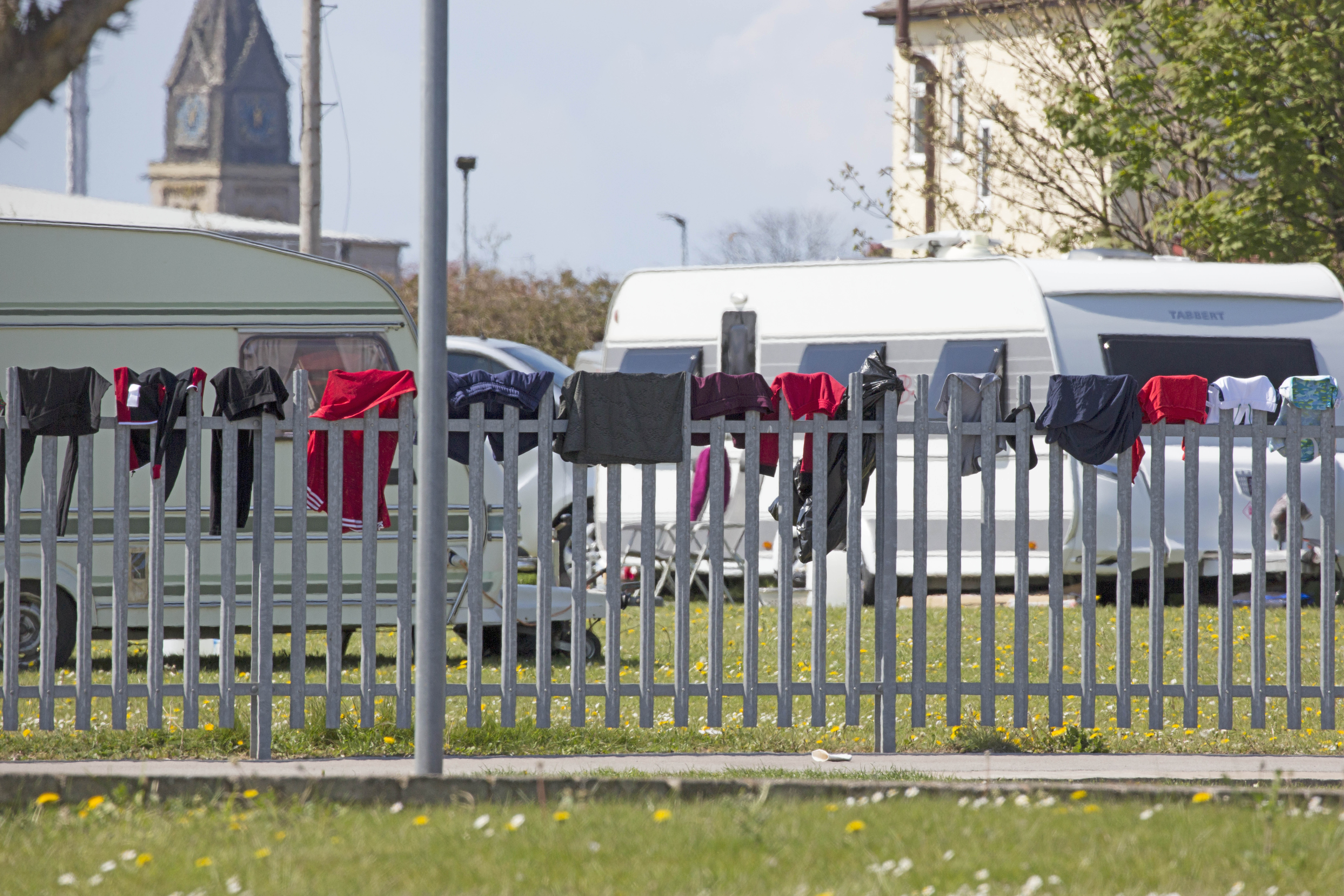 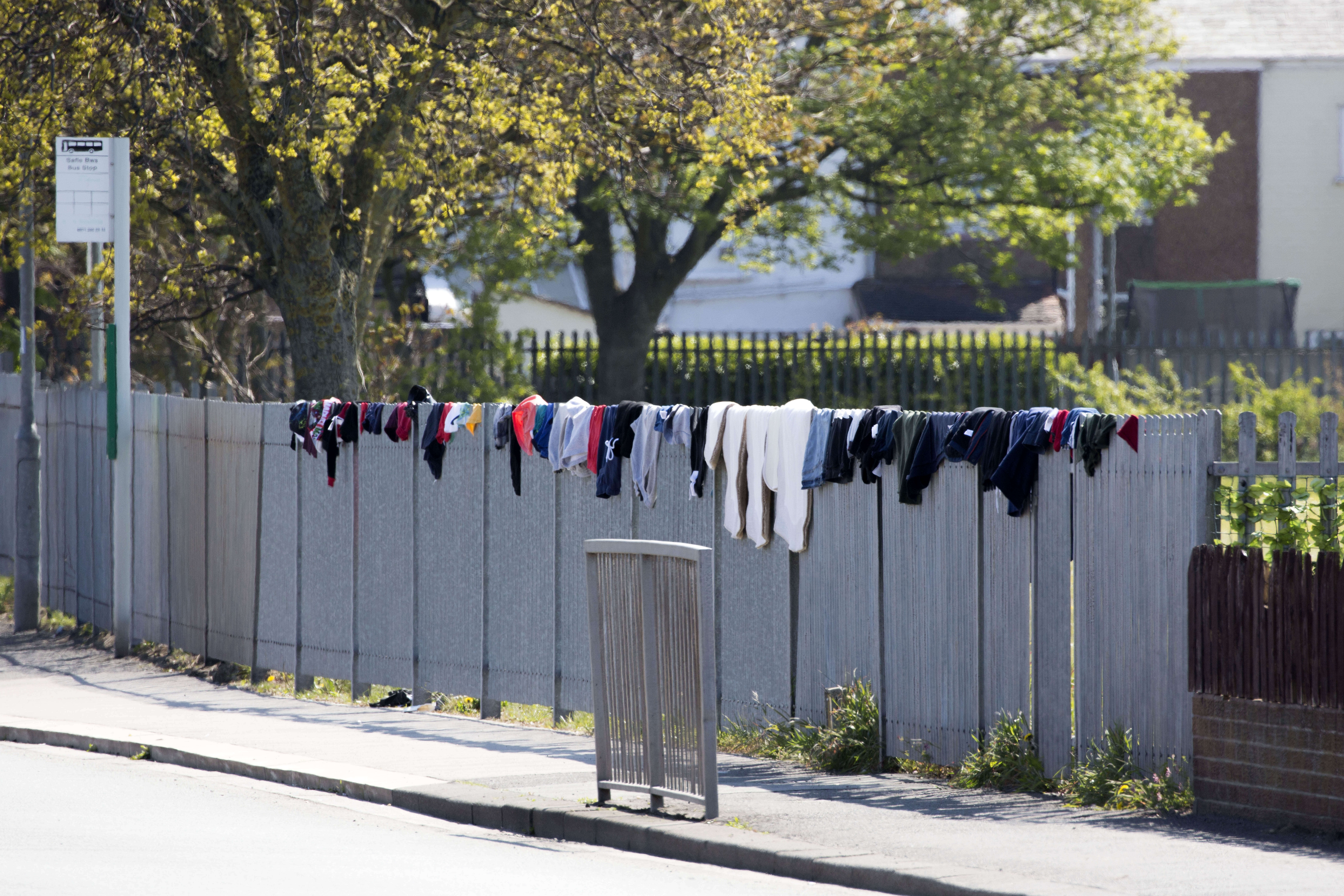 Police said the school is expected to reopen on Tuesday after the bank holiday.

Six caravans and a campervan were today parked on the playing fields – with washing hung on the school railings.

Bins and portaloos were also expected to be delivered over the weekend.

Mum Alex Scarlett, 41, whose 15-year-old son goes to the school, said: "It's disgusting.

"They have no right to be here. The council and police should throw them off as it's a school.

"My son has his GCSEs coming up and he's missed so much schooling because of Covid.

"Now this. It's outrageous they are allowed to stay."

Fellow parent Richard Thomas, 44, said: "It's outrageous that they have just driven onto the rugby field and taken off.

"But I'm more disgusted that the police and council haven't turfed them off.

"They are doing nothing to stand up for the kids' education. This is a school so should be given priority.

"My daughter should not have another day of home schooling because of this."

Grandmother Gillian Morris, 72, said: "They should be kicked out, not allowed to hand their washing on the school railings. It makes my blood boil."

The local council are believed to have applied to remove the travellers who are expected to be moved on by the police on Bank Holiday Monday.

Inspector Jason Davies of North Wales Police said: "We appreciate that this has caused considerable disruption to the local community.

"We are currently supporting the local authority and working with them to ensure the site is clear for the school to reopen for normal business on Tuesday."

My daughter should not have another day of home schooling because of this.

An urgent email was sent out to parents last night, saying it was a "health and safety" precaution.

The Daily Post reports it said: "We have been informed that travellers have entered our school playground.

"We have taken advice from Denbighshire County Council and as a health and safety precaution, whilst we risk assess the situation, for Friday 30th April we will be moving years 7 – 10 to remote learning from home.

"Year 11 must attend site as normal. We will keep you updated."

An MP today called for the camp to be removed after pupils were told to stay at home.

Dr James Davies, MP for Vale of Clwyd, wrote to the council, saying: "Given the further disruption to pupil education that this will bring, during what has already been a very bad year for education, I would be keen for the strongest action to be taken as is possible."

A statement from Denbighshire County Council said: “We are working closely with North Wales police with regard to the unauthorised encampment at Rhyl High School. 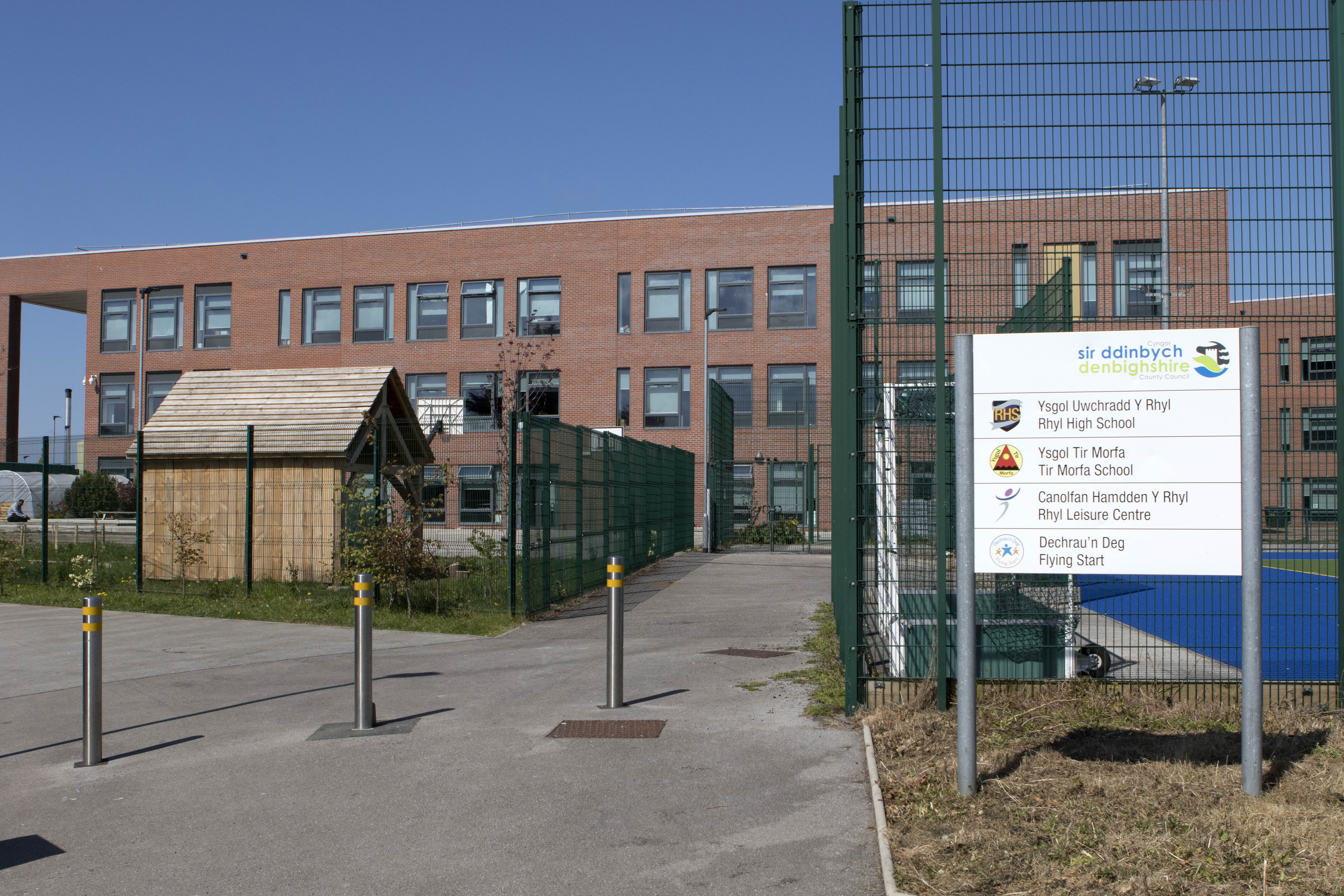 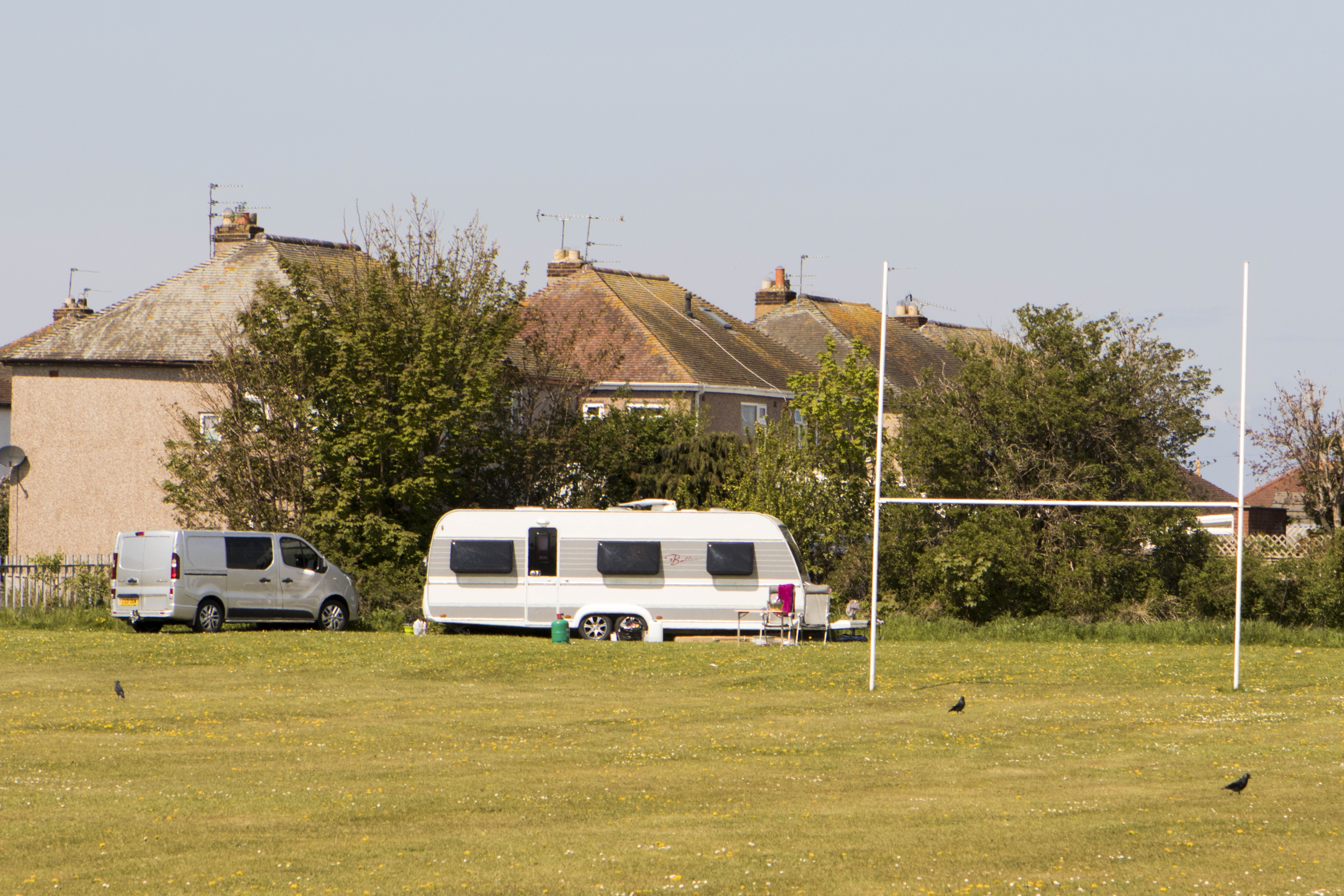 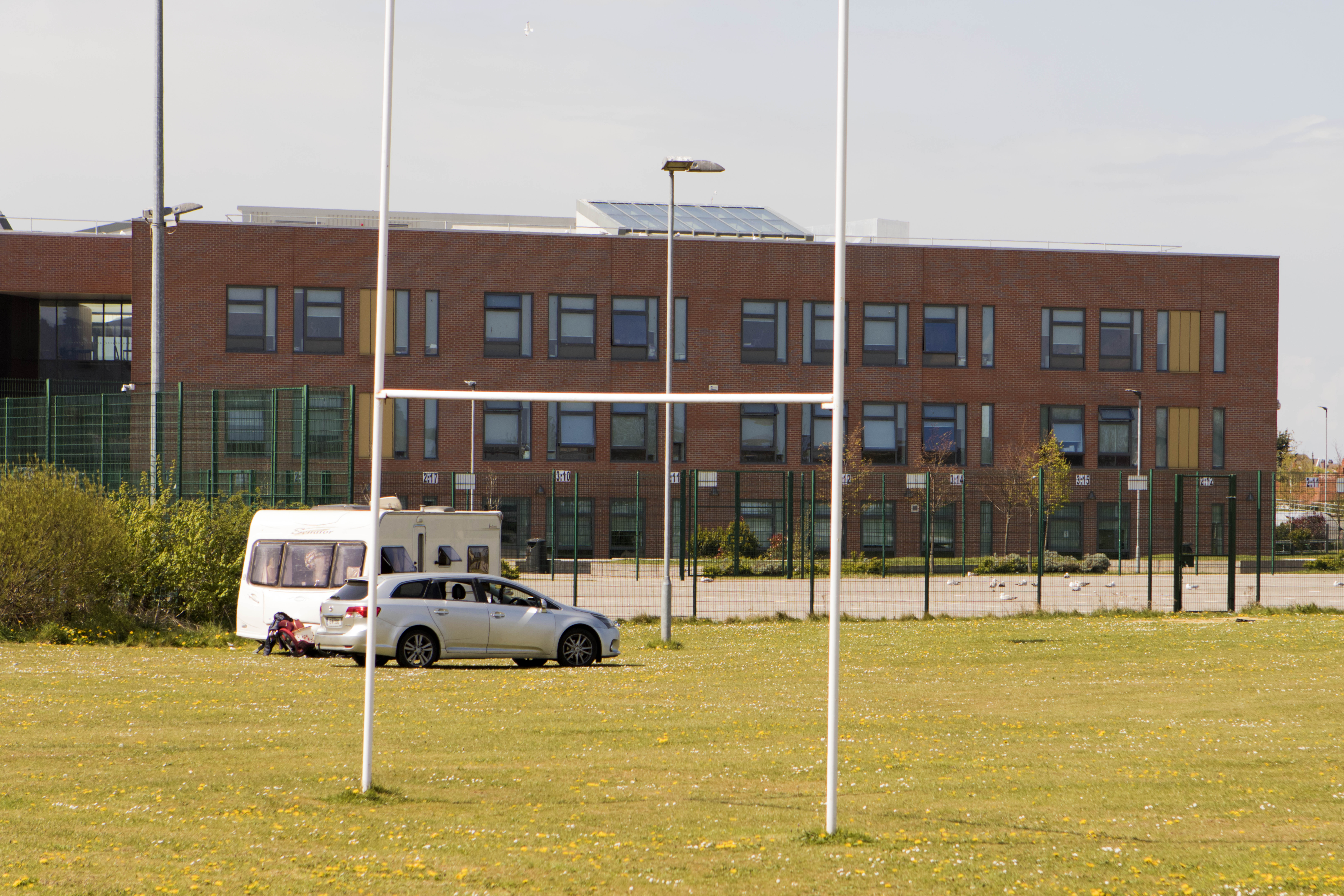