Heartbroken parents have been left furious after their baby died of meningitis just hours after being sent home from hospital with ‘constipation’.

Mother Veronica Rafferty, 25, from Edinburgh, took her two-month-old daughter Amber to hospital after she appeared to be ill.

The first-time mother left the Royal Hospital for Sick Children relieved after being told her daughter was ‘fine’ and that she did not to need to stay overnight.

But baby Amber died the following day of meningitis in what Mrs Rafferty describes as the ‘worst day of her life’. 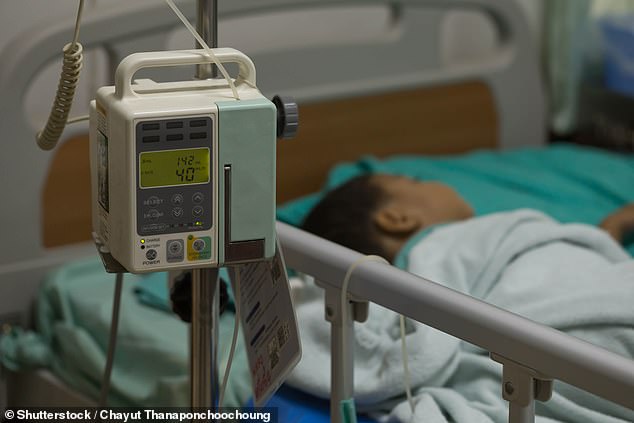 Veronica Rafferty, 25, from Edinburgh, took her two-month-old daughter Amber to hospital after she appeared to be ill. Stock image

She told The Daily Record: ‘I woke up and Amber was in her Moses basket but she wasn’t breathing. I had been taught first-aid because she’s a premature baby so I started doing CPR.’

Father Scott Rafferty, 33, had heard his wife screaming when she discovered that Amber was lifeless and they immediately called an ambulance.

He told The Daily Record: ‘The day before, we were told Amber was constipated but she was dying. She had meningitis and was in the early stages. They didn’t even keep her overnight.

‘If she had been, our baby daughter might still be alive.’

Emergency services resuscitated Amber and she was given large doses of antibiotics. But her heart was too weak to keep her alive and she passed away at just two months old. 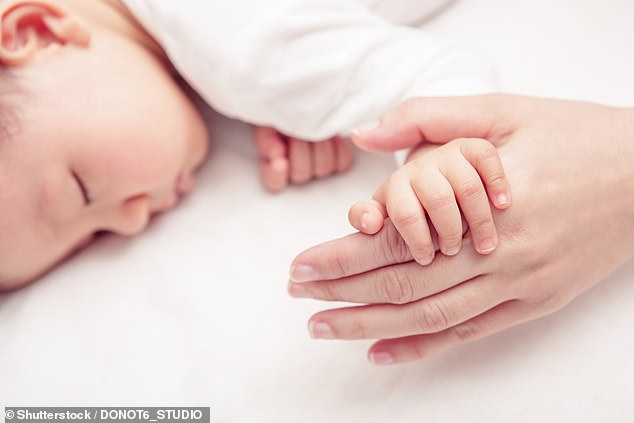 Emergency services resuscitated Amber and she was given large doses of antibiotics. But her heart was too weak to keep her alive and she passed away. Stock image

The parents have since accused the hospital of negligence after they believe Amber, who was born at 27 weeks, was not treated correctly.

On the morning she took Amber to hospital, Mrs Rafferty had noticed her daughter had become ‘irritable and constipated’, so she took her to A&E due to long waiting lists at her GP.

Amber was assessed by a nurse who could not access Amber’s medical notes, so Mrs Rafferty was forced to relay them from memory.

Medical staff noticed Amber’s fast heart rate and a spot on her chest, but decided not to test Amber for infection and they were sent home.

Argentinian-born Mrs Rafferty told The Daily Record: ‘I’m not a doctor but if they had said to me there might be an infection, I would’ve said I wanted her tested. I didn’t know until it was too late.’

An NHS Lothian internal investigation into the tragic incident has cleared staff of any wrongdoing.

In a 10-page report, NHS Lothian said they ‘did not identify modifications of care delivered that could reasonably be expected to have prevented the death’, reported The Daily Record.

And the healthboard has since introduced changes into how premature babies are treated when they are taken into A&E.

The changes mean doctors and nurses are expected to admit premature babies overnight to be assessed.

Tracey Gillies, medical director of NHS Lothian told The Daily Record: ‘Following a full investigation, which concluded that appropriate care was provided, members of our senior clinical team met with the family and a follow-up meeting has been offered.’