One of the children was gripped by a woman as they posed for the picture at the edge of the perilous 530ft East Sussex cliffs. 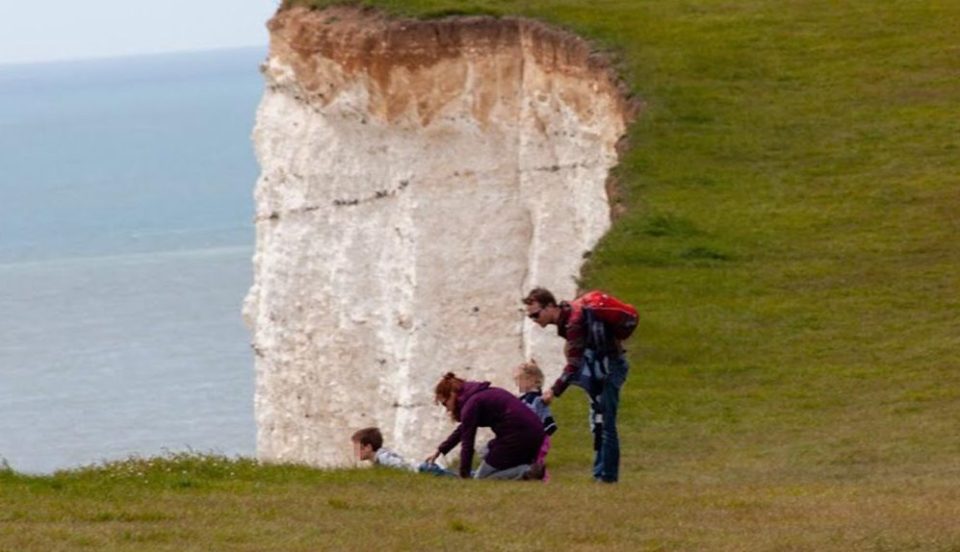 In the photos, captured yesterday, a young child appears to be lying on his front near the cliff edge as a woman in a long purple cardigan leans over him.

Above them, a man wearing sunglasses and a backpack appears to take a photo of the pair while a young girl in pink trousers stands behind the trio unattended.

The chalk cliffs are a popular spot with tourists looking to take adventurous selfies but there have been a number of rock falls in the last year.

Several chunks of the cliff have fallen into the sea and visitors have been warned to stay away from the edge. 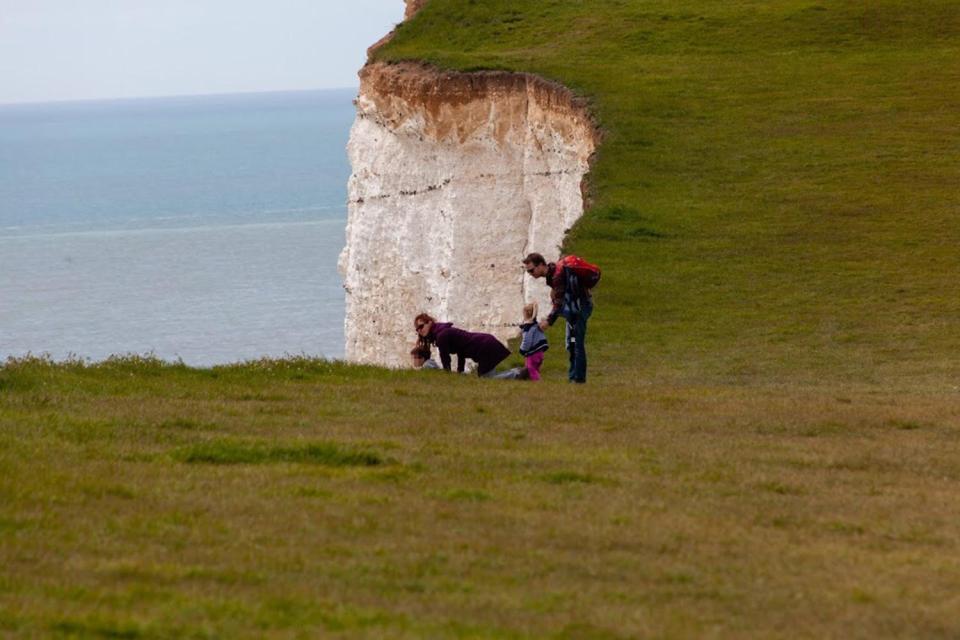 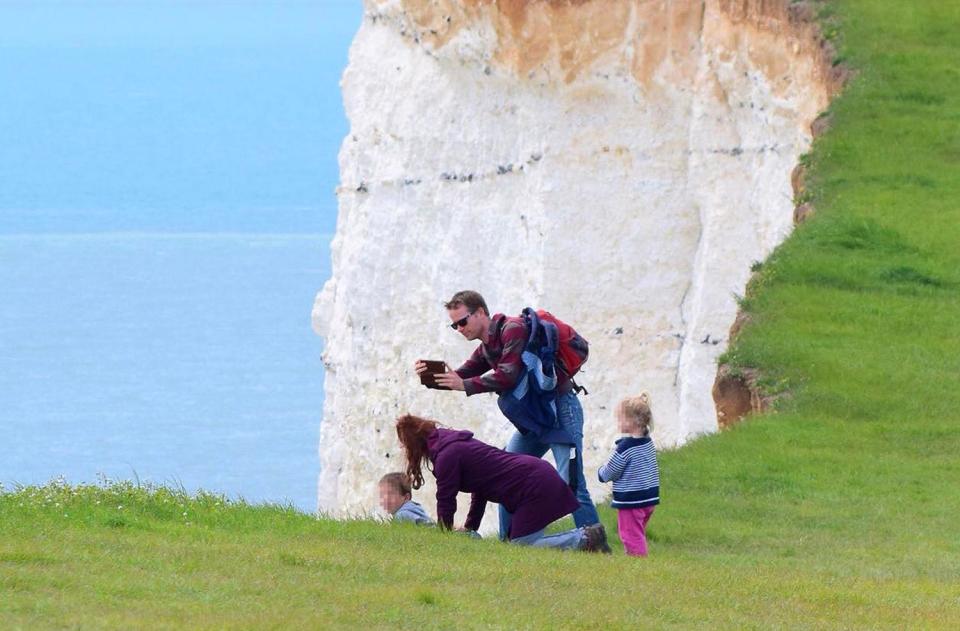 The photos come as Sussex Police confirm they have found a body believed to be that of missing London woman Hannah Northedge on the beach at Beachy Head yesterday, May 3.

Ms Northedge, a jazz singer who had performed at two Proms at the Royal Albert Hall and the Barbican, and for the Queen and Tony Blair, had been staying in Eastbourne at the time of her disappearance.

Police were called to a report of a body on the beach on Thursday, but she was declared dead at the scene,

Her next of kin have been informed.

This morning, the Coastguard said they have recovered a body after reports of a car seen driving over the cliff at Beachy Head in East Sussex, according to Sky News. 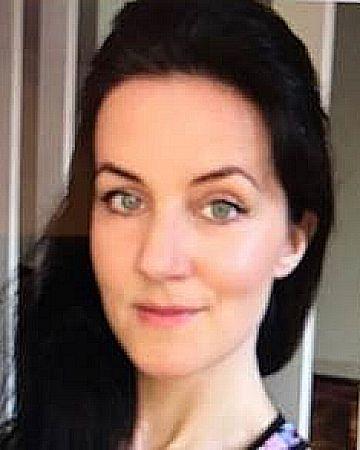 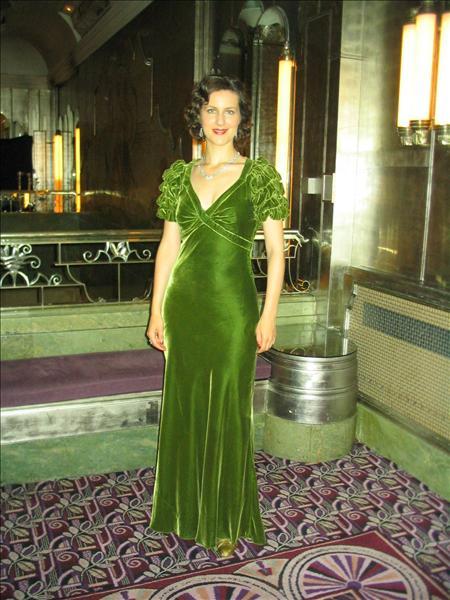 A Coastguard spokeswoman said: "About 11.15am today East Sussex Fire and Rescue Service requested HM Coastguard assistance at Beachy Head after receiving reports that a car had gone over the cliff near the lighthouse."

The operation is ongoing.

She had asked a stranger to take her picture but as she jumped in the air for a shot, the 23-year-old lost her footing and plummeted from the cliff edge.