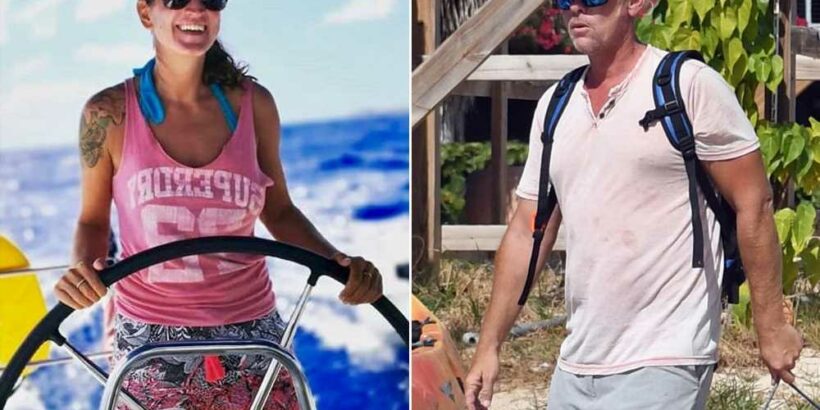 Mystery of missing runner deepens after cries heard in canyon

The parents of Sarm Heslop, the British woman who vanished from her boyfriend’s catamaran in the US Virgin Islands over four months ago, said they “still have hope” she will be found alive – and are urging her American beau to cooperate with police, according to a report.

Heslop, 41, a former flight attendant, was reported missing by Ryan Bane, 44, some 10 hours after he reportedly noticed that she wasn’t aboard his luxury craft Siren Song off St. John on March 7.

It was recently reported that police were unsure whether Heslop had even been aboard the vessel before she went missing. Bane has declined investigators’ requests for an interview, according to police.

Her parents, Peter Heslop and Brenda Street, have been waiting desperately for any sign of life from her, telling BBC Breakfast that they are in a “living nightmare.”

Speaking to the news outlet from their home in Essex in the UK, the parents said they “still believe she will come back.”

“I feel like I’m in a numb bubble, I can’t bear anybody talking about her or looking sorry for me, it’s just horrible. I wake up every morning and it’s the same nightmare,” Street said. “I really believe in my heart that if she was gone I’d feel it — I still have hope.”

Sarm was known to have gone for dinner with Bane, who reported her missing to police at 2:30 a.m. March 8. He reportedly notified the Coast Guard several hours later.

“It just drives me nuts. What happened between 2 and 11:45 in the morning? He didn’t shout and holler — he didn’t ask for nobody, he just made a phone call to the police. There’s just no answers,” Heslop said.

Street added: “We can’t understand why it took him so long. There’s such a time lapse and nobody has seen her since she left the restaurant. If you were that last person to see that person wouldn’t you just go and answer the questions, be involved in the investigation, be there asking questions?

“Any person would surely do anything they could to help find somebody that he was supposed to love. What sort of human being wouldn’t be there to help. He should just come forth and cooperate,” she added.

The parents urged Bane to come forward to police and called for a full forensic search to be carried out on the vessel, where Sarm’s bank cards and mobile phone were found after she vanished.

Police spokesman Toby Derima has said in a statement: “Soon after reporting Ms. Heslop missing, Mr. Bane acquired the services of an attorney.

“Upon his attorney’s advice, Mr. Bane exercised his constitutional right to remain silent and denied officers’ requests to search the vessel,” he added.

Bane’s attorney said: “If Mr. Bane’s presence is legally required in the territory, he will return upon such a demand.

“He met with the US Coast Guard, answered all questions posed to him, and gave them unfettered access to the vessel as well as to Sarm’s personal belongings including her phone and iPad,” he added, according to the BBC.

“Mr. Bane had nothing to do with Sarm’s disappearance and remains heartbroken that she is missing,” the lawyer added.