PARENTS are furious after raunchy calendars of women in black lingerie were placed in the same area as children’s stationary at a Poundland store.

Pictures show how several copies of the “2019 Babes” calendars have been displayed next to children’s pens, notebook and stickers. 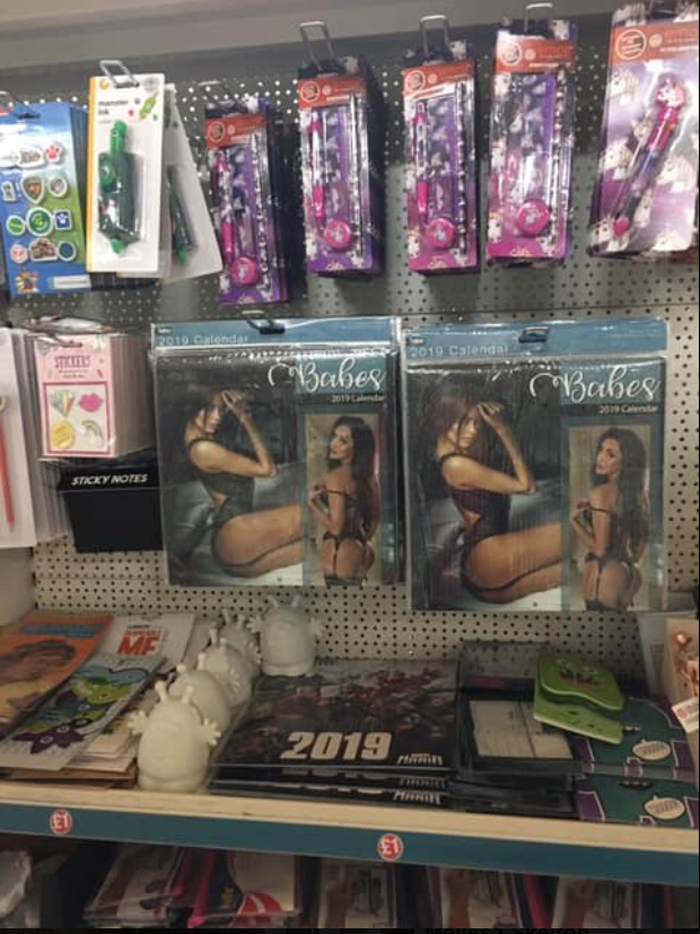 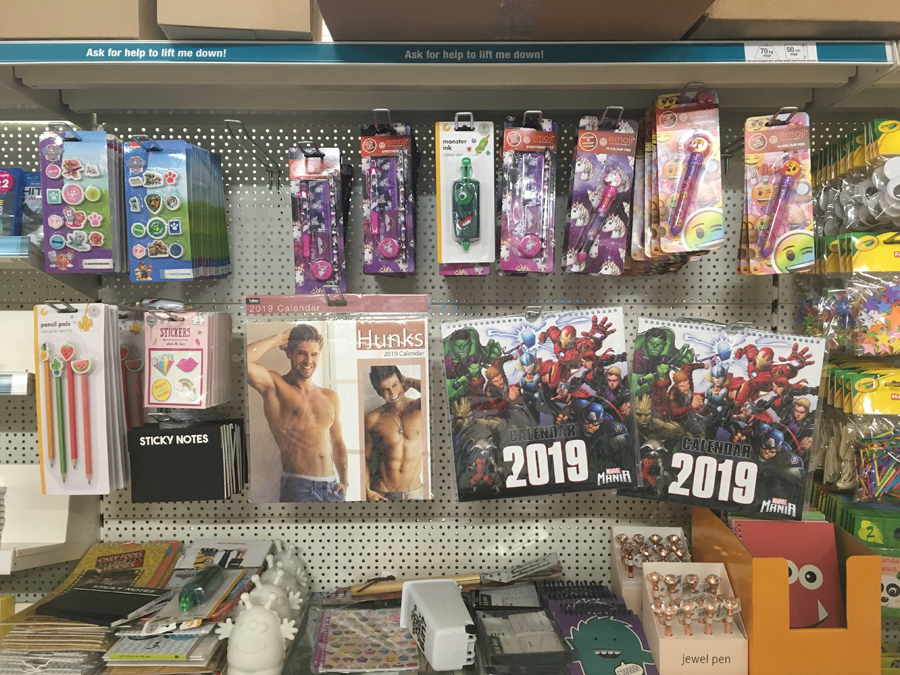 Parents took to Facebook to complain about the calendar’s placement at Poundland’s Eltham store in South East London.

Today the calendar was reportedly replaced with a “2019 Hunks” one, which features a shirtless man on the front.

Jeanne Loughran posted a community group Facebook page: "Just been in Poundland and look where they’ve put their saucy calendar, bang in the middle of the children’s stationery area!

"The manager would not move them as he said he isn’t allowed even though others have complained.

"Apparently head office want them sold! He suggested I phone Poundland marketing to complain, which of course I will. Beggars belief."

Arnold Tarling posted: "I have spoken with Poundland head office and they will be speaking with the store manager at Eltham."

Tessa Lanham said: "Oh my God. This is outrageous. What an idiotic, totally inappropriate marketing strategy."

Carole Clark branded Poundland as “ignorant” as it was “shocking for kids to see”.
She added: "Should be out of sight out of reach or don’t sell them at all simple really."

Sarah Chilcott posted: "Most definitely not OK and my children do NOT see things like this as I monitor what they are allowed to watch, as do most parents."

However, not everyone seemed to be upset about the calendar’s placement.
Lucy Keen said: "I don't see what the big problem is! Only women in their underwear hardly full naked or pornographic."

Loren Phillips added: "Oh my God, what a bunch of snowflakes."

And Roy Brown said: "You clearly have too much time on your hands to be complaining about this.

“The kids will see much worse on phones. Have a break will you, you’d see more on a beach."