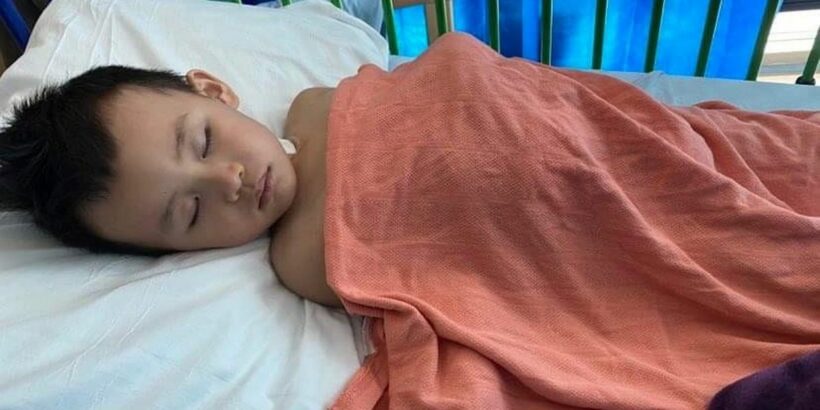 Parents are being urged to avoid buying magnetic toys for Christmas after the number of children needing operations after swallowing them has surged.

Surgeons have called for schools to ban the magnets and warned some kids had mistakenly swallowed them after copying TikTok influencers.

Cases in children ingesting magnets have increased fivefold over the past five years, research by the Children's Surgery Foundation states.

Hospital figures from four centres in the southeast of England reveal 251 children were admitted after swallowing objects between 2016 and 2020.

He added: “This year alone Evelina London has seen 15 new cases of children swallowing magnets and have operated on seven of them, a couple of whom were very unwell.”

Among them was Jimmy Bui, a two-year-old from Ramsgate, Kent, who needed surgery in June after swallowing three magnets.

Dad Hung Bui, 33, said the tiny magnets had been used to stick a note to the fridge.

“He started to get tired and then stopped eating and going to the toilet so we took him to our local A&E," he said.

“We had no idea that he had swallowed three of the magnets until we saw it on the x-ray.

“The magnets had stuck together causing a hole in Jimmy’s bowel. He was transferred to Evelina London Children’s Hospital for surgery and spent three weeks recovering there."

He warned the terrifying ordeal happened despite the care and attention he gave his son and warns other parents to remain vigilant.

He urged them to not buy toys containing such magnets and has since thrown them out of his home.

Mr Thakker added if children swallow one magnet, it may pass through their body harmlessly but ingesting two or more could be more dangerous, writes The Mirror.

"If they swallow two or more magnets, especially at different times, the magnets, which are increasingly very powerful, are forced together in the intestines, squeezing the tissue so that the blood supply is cut off," he added.

“Significant damage can be caused within hours with holes being made in the children’s intestines which cause the children to be unwell, and sometimes seriously ill, with many requiring complex operations to remove the magnets and requiring long periods of recovery time in hospital.”