Cops gunned down the suspect shortly after he killed the two women and left another seriously injured on rue Camille Claudel, in the suburb of Trappes. 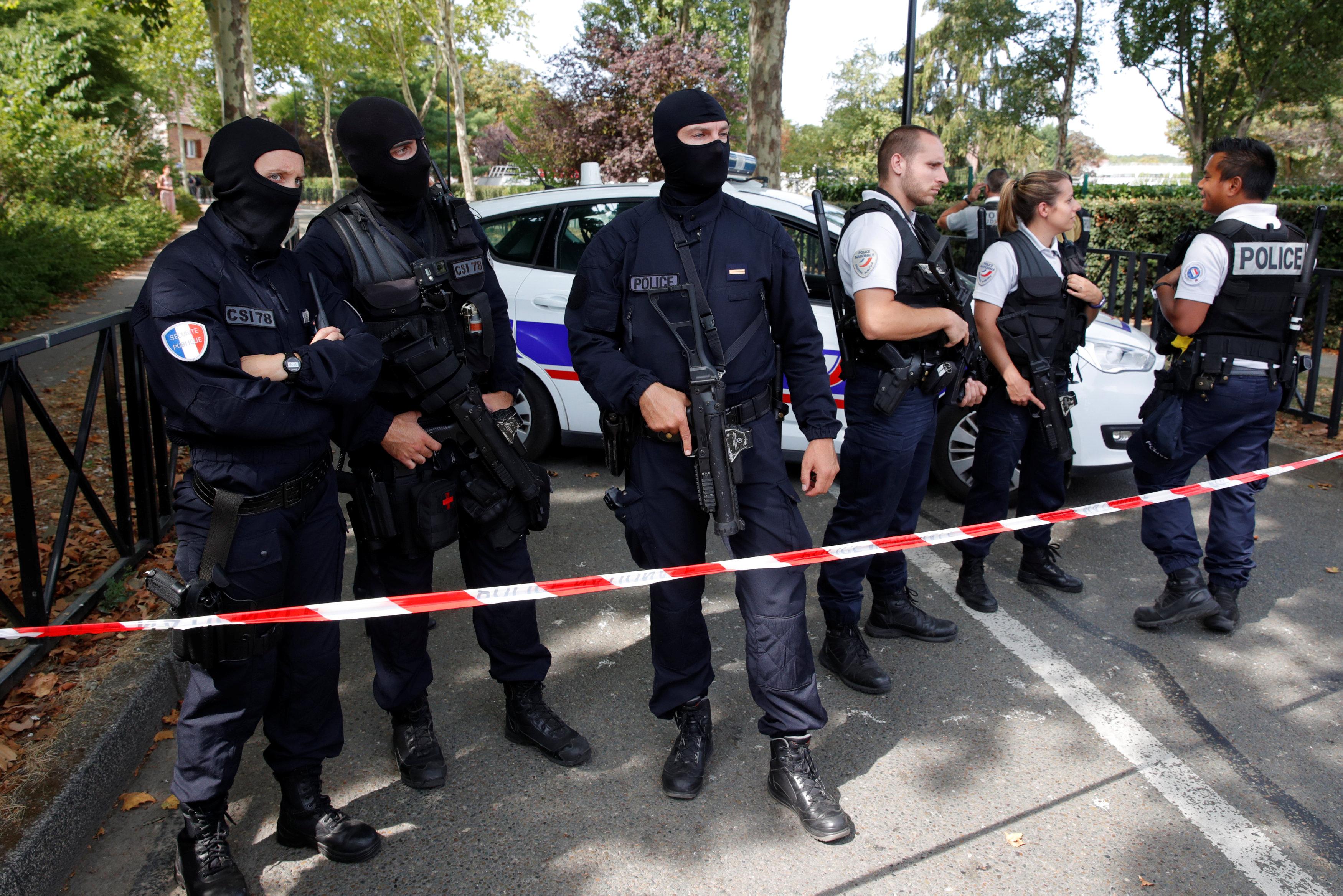 French Interior Minister Gerard Collomb told the 36-year-old attacker, who bolted himself into his mum's house after the rampage, had "serious psychiatric problems".

Collomb added: "He was known [to police] for advocating terrorism but it seems he was a disturbed person rather than someone who could respond to calls for action from terrorist organisations like Daesh [ISIS]."

He said counter-terrorism prosecutors were not in charge of the investigation at this stage but they are following it closely.

The attacker was shot dead after he ran at elite officers surrounding the house in a "threatening way", according to Collomb. 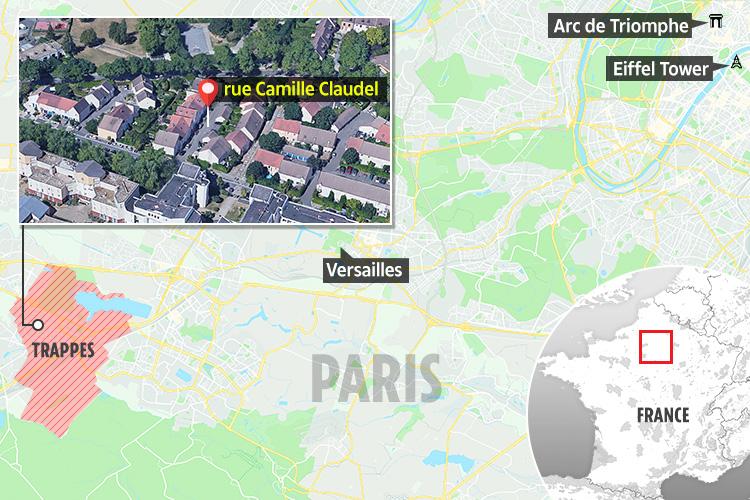 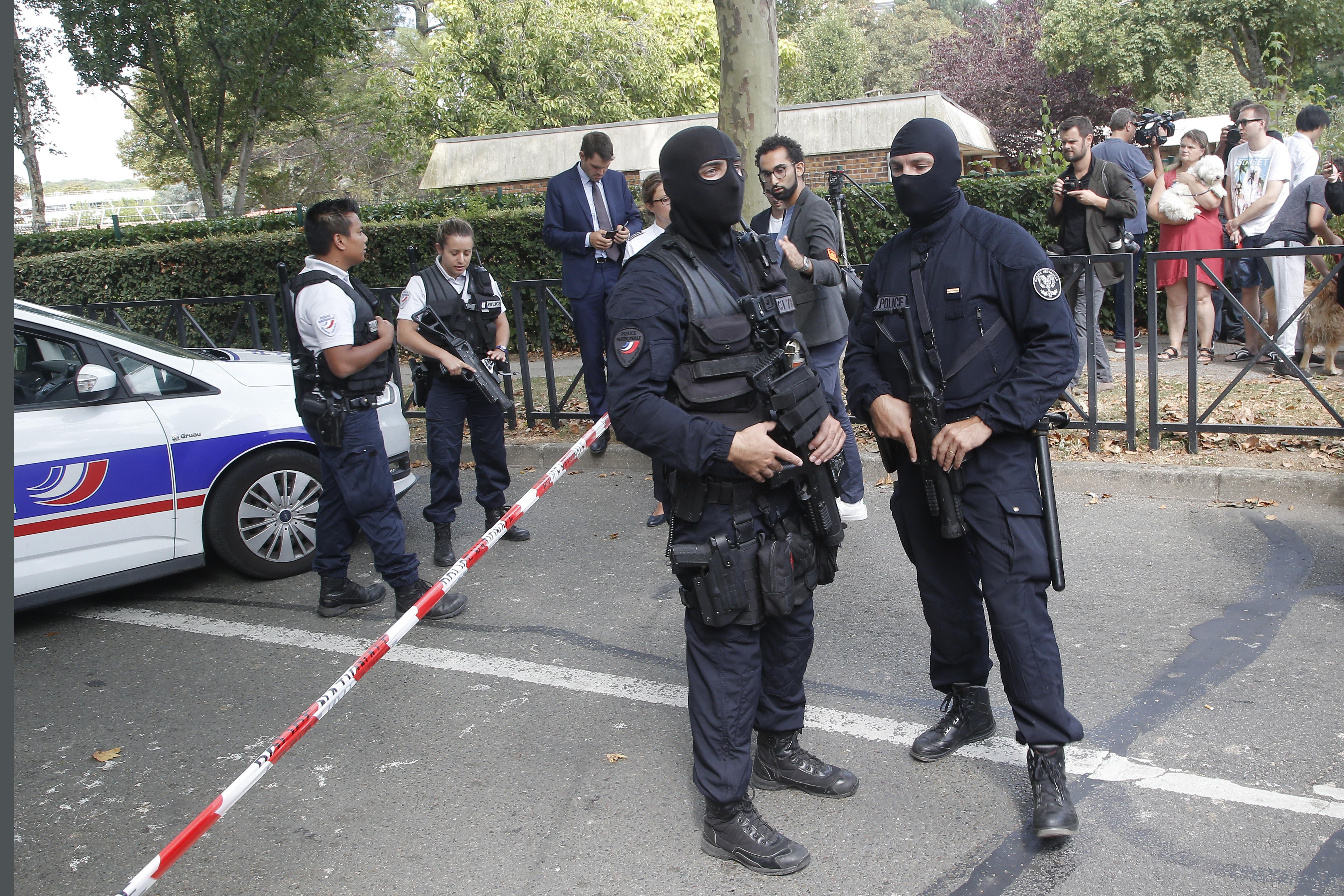 Dozens of radicalised youths from the same low-income town of 30,000 are said to have fled to Syria to join ISIS.

All this came just hours after ISIS leader Abu Bakr al-Baghdadi urged his supporters to attack its enemies everywhere in an unverified audio recording.

The twisted terror group claimed the attack was a direct response to a call to arms by the ISIS leadership which told its followers to attack civilians in countries "at war with the extremist group".

There has been no official confirmation this was an act of terrorism and ISIS has been known to claim responsibility for attacks on the West without proof. 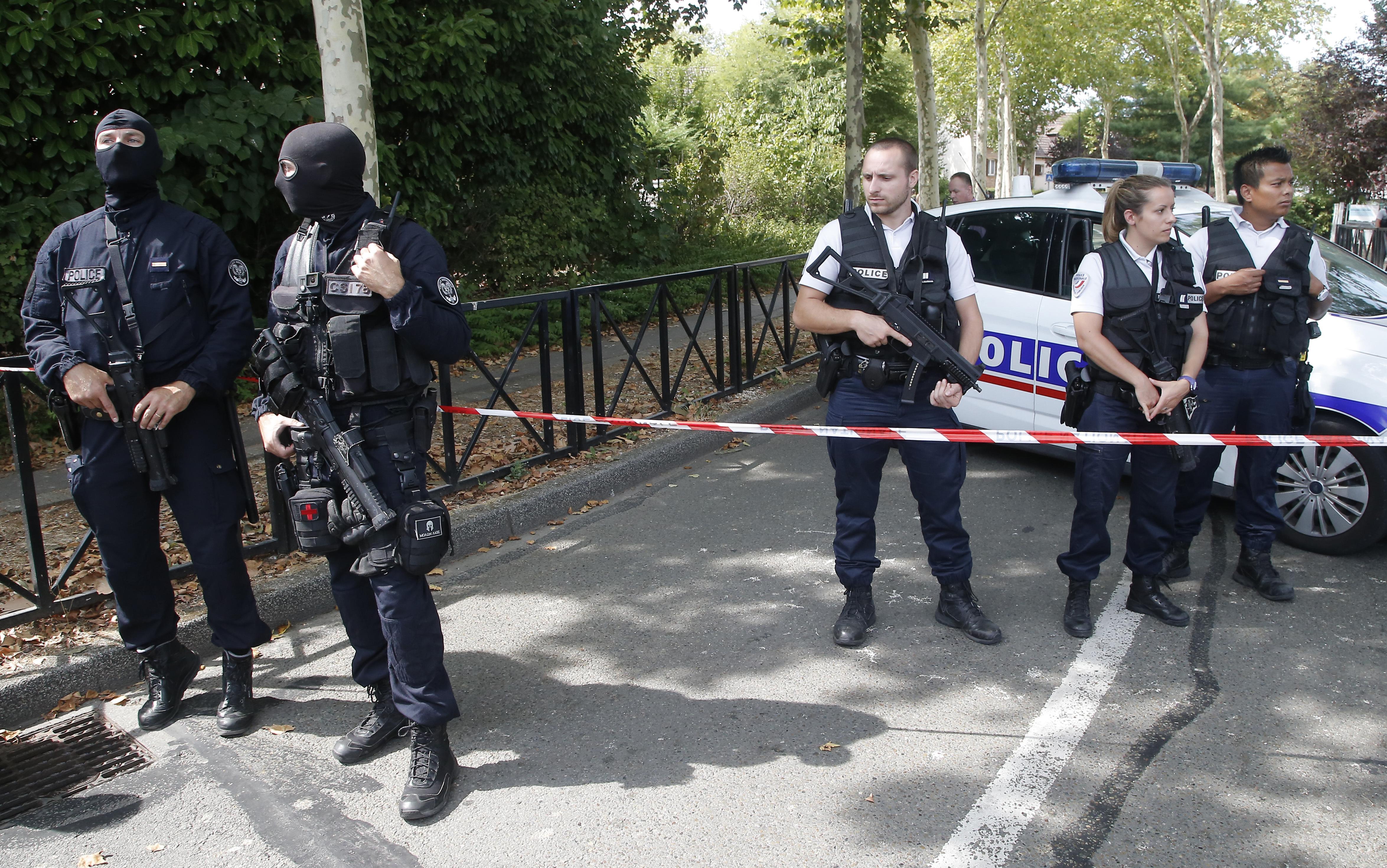 Elite French officers took the assailant down when he finally emerged from the home in run-down Trappes at around 10.20am.

A security source said the attacker was known to "apologise" for terrorism, adding: "Since 2016 he has been noted for his support for terrorist acts but this does not mean today's attack was motivated by terrorism."

ISIS said one of its followers was responsible but provided no evidence, with its Amaq news agency saying he was an "Islamic State fighter".

The assailant, who lived in the town of Trappes, was apparently armed with several knives. 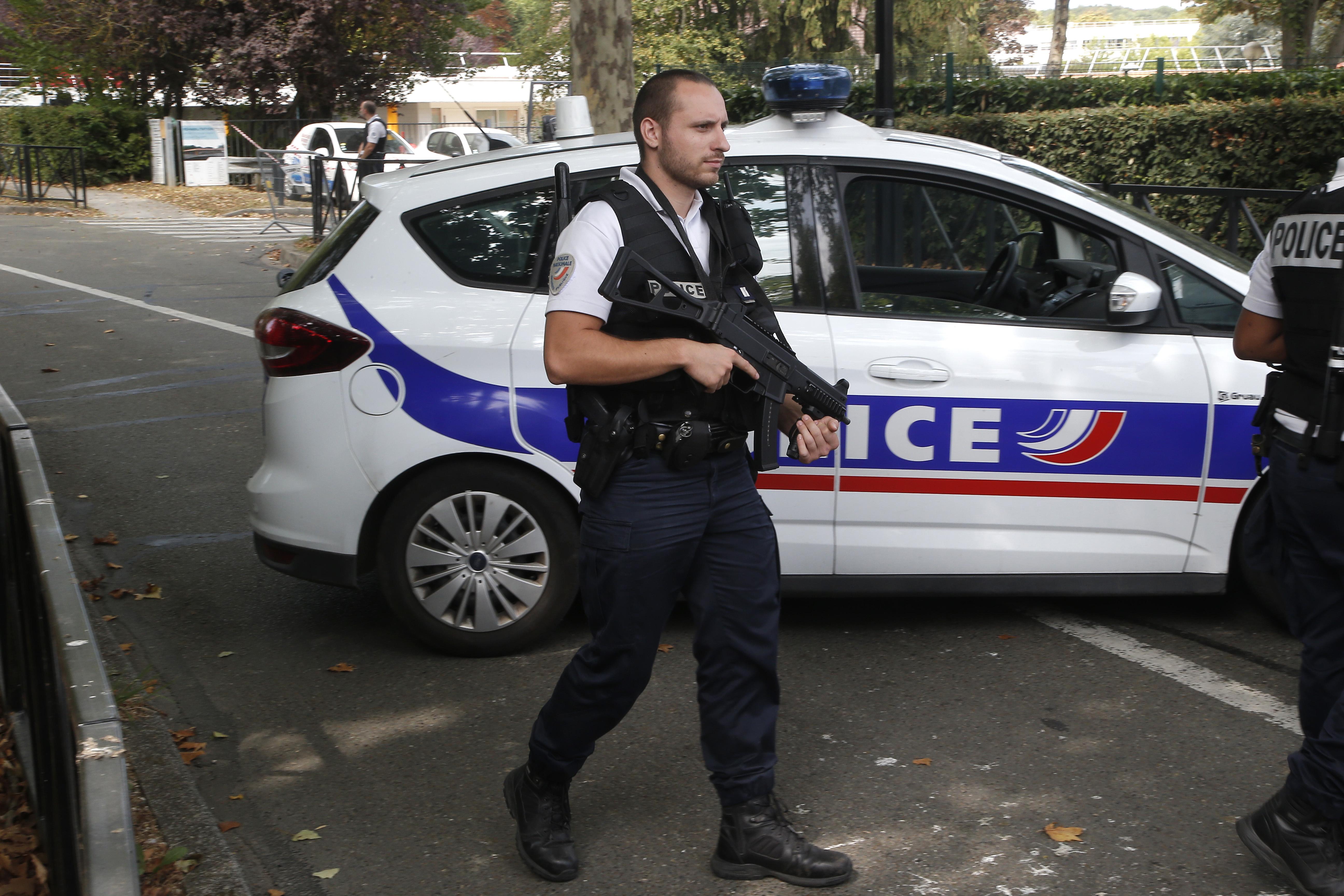 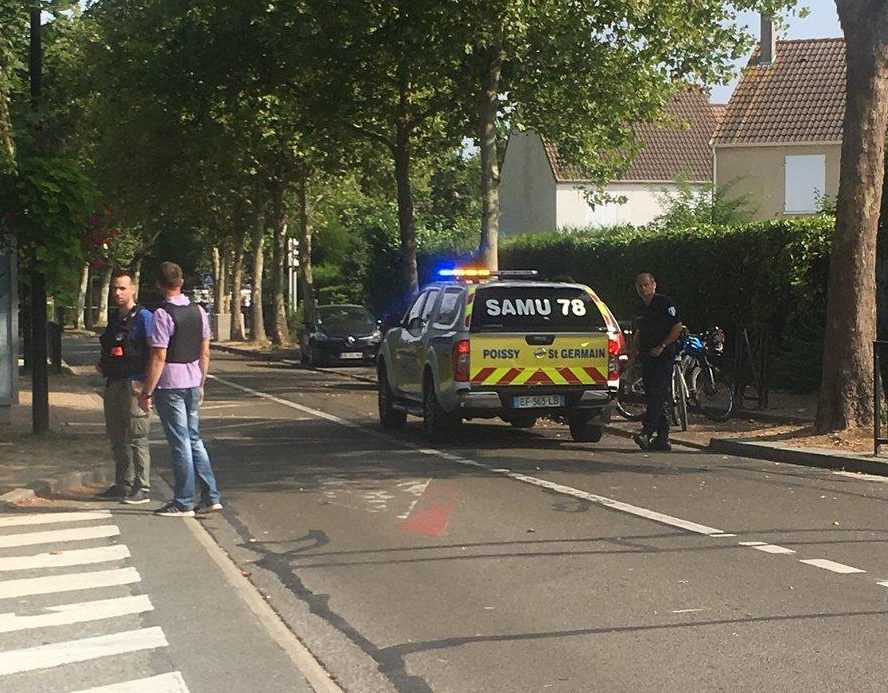 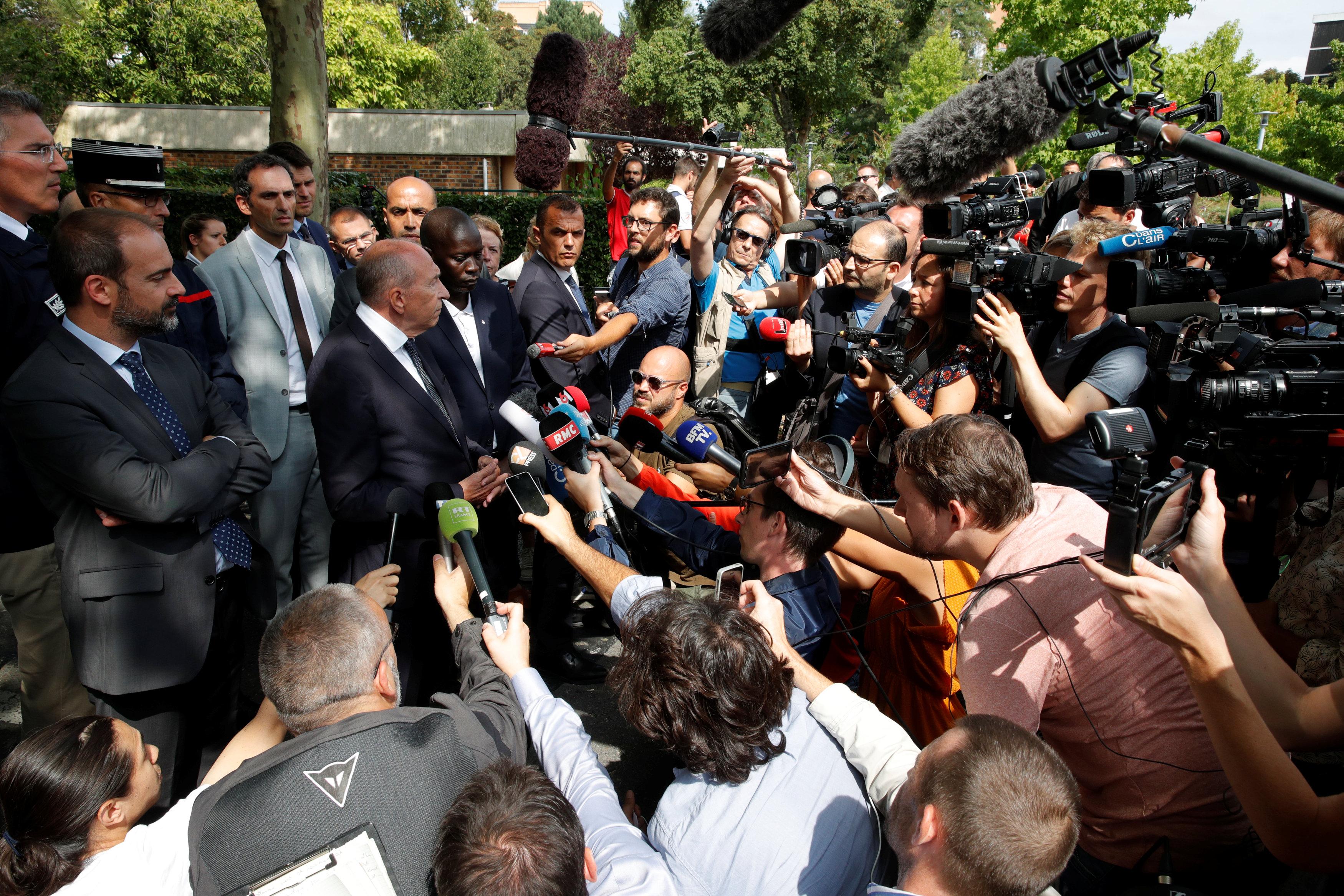 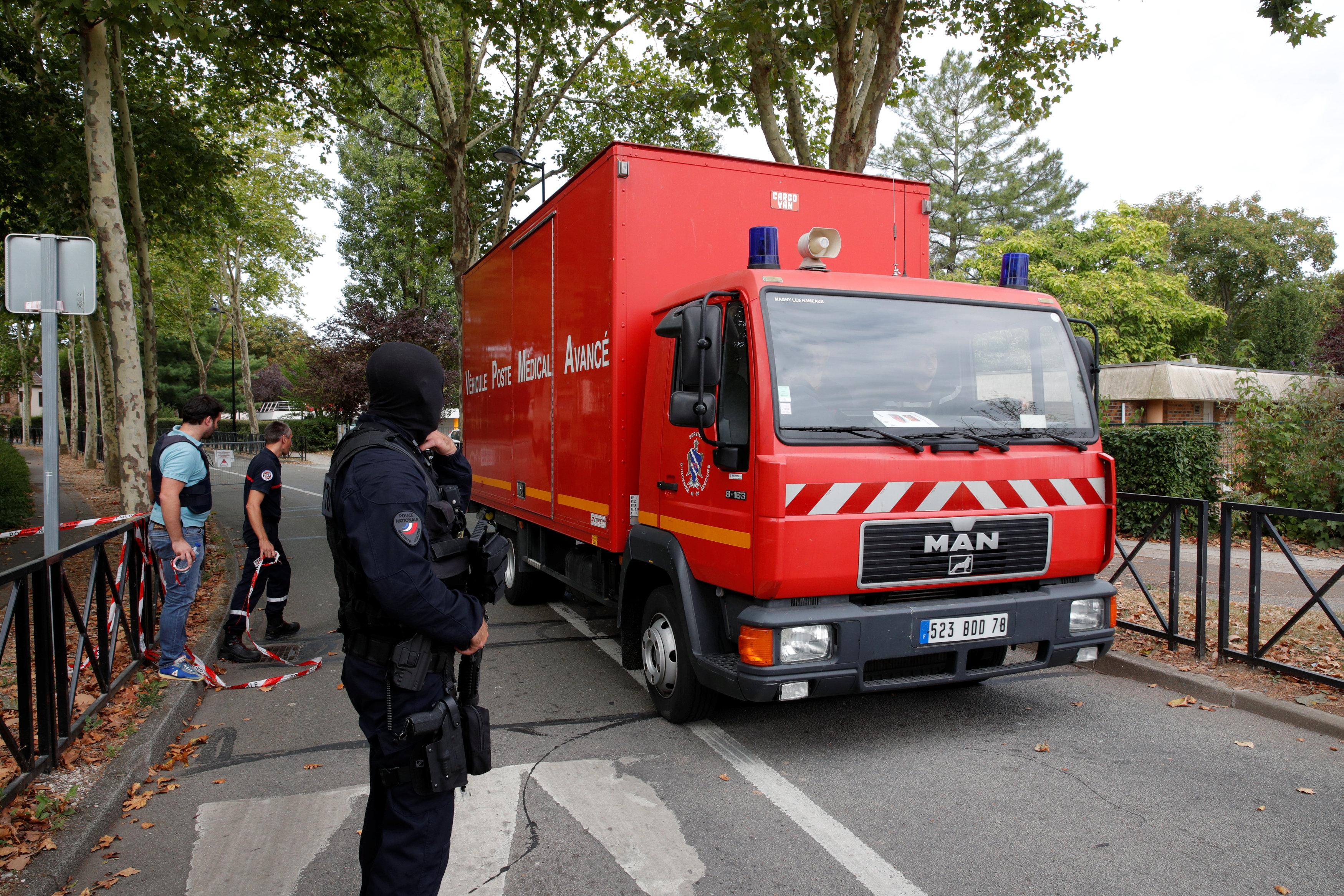 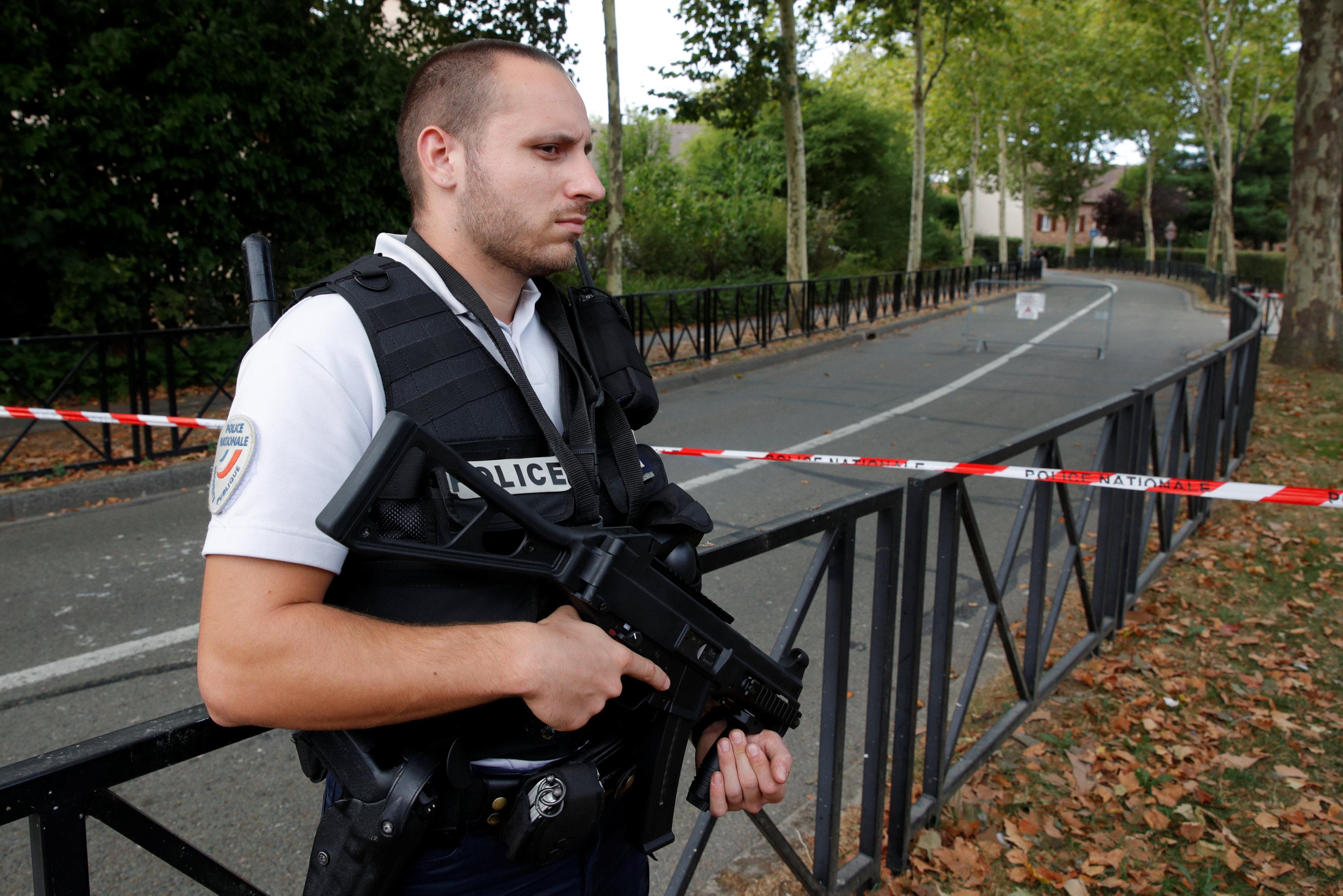 Jean-Jacques Brot, the top government administrator in Yvelines, tweeted to confirm the assailant was killed.

He also said that two of the attacker's victims were killed and another seriously injured.

Once they had the situation under control, cops tweeted: "Avoid the area and do not to disturb the work of the policemen."

Only three months ago, on May 12, an ISIS knifeman killed one and injured four others in another onslaught in the French capital. 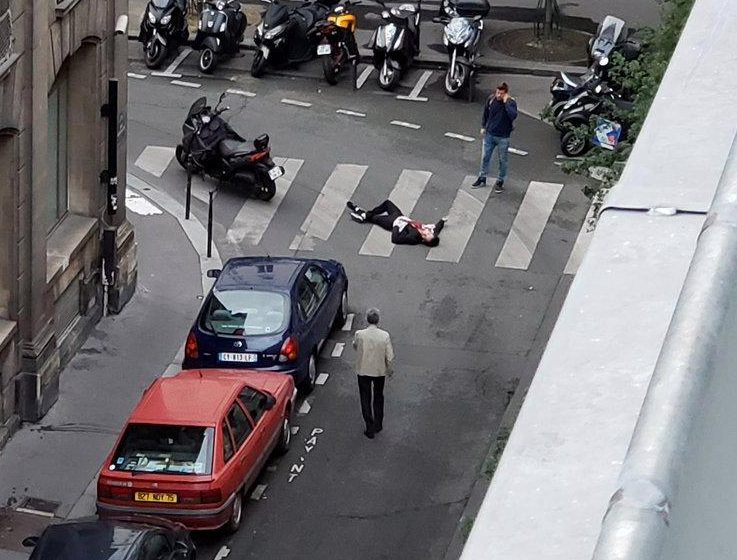 The assailant is believed to have arrived in France in the early 2000s as a refugee and had no previous criminal record.

But he was on a terror watch list of people who were suspected of having radicalised views and posing a threat to the public, CNN reported at the time.

His mother and father were brought in by cops for questioning, as was one of his friends, a judicial source said.

President Emmanuel Macron said France would not cede to "enemies of freedom" after the terrorist stabbing.