Anti-terror police stormed the Mixicom computer store in the French capital’s 10th arrondissement, close to the Gare du Nord Eurostar hub, where the gunman was holed up. 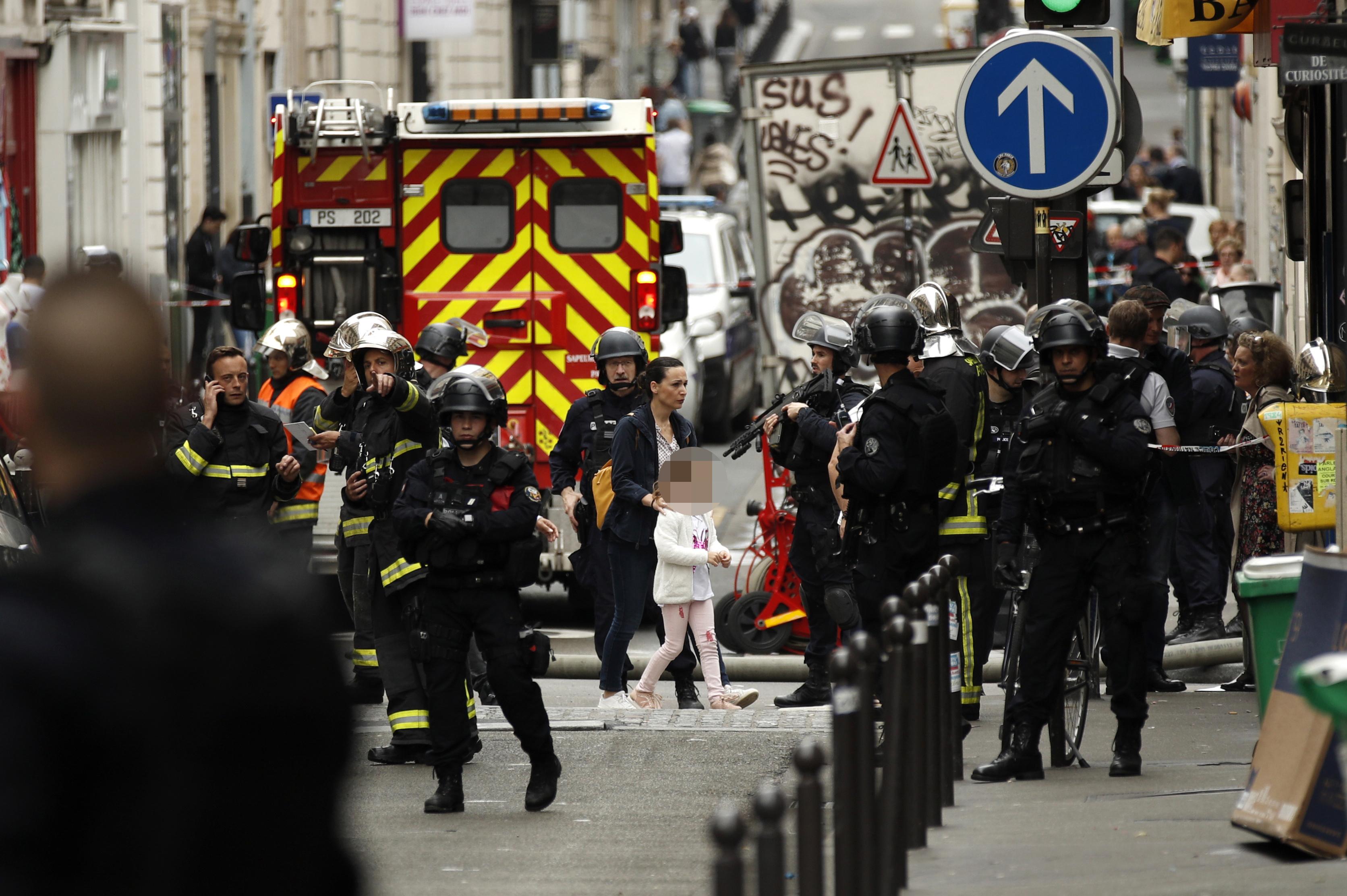 The armed man claimed to have a bomb on him, leading to a four-hour long stand-off.

One man is said to have been injured after being hit by a wrench as the suspect entered the shop this afternoon.

The gunman allegedly told officers that he "wanted to get a message to the Iranian embassy and the French government".

Armed police moved in and arrested the suspect after attempting to negotiate with him for around four hours. 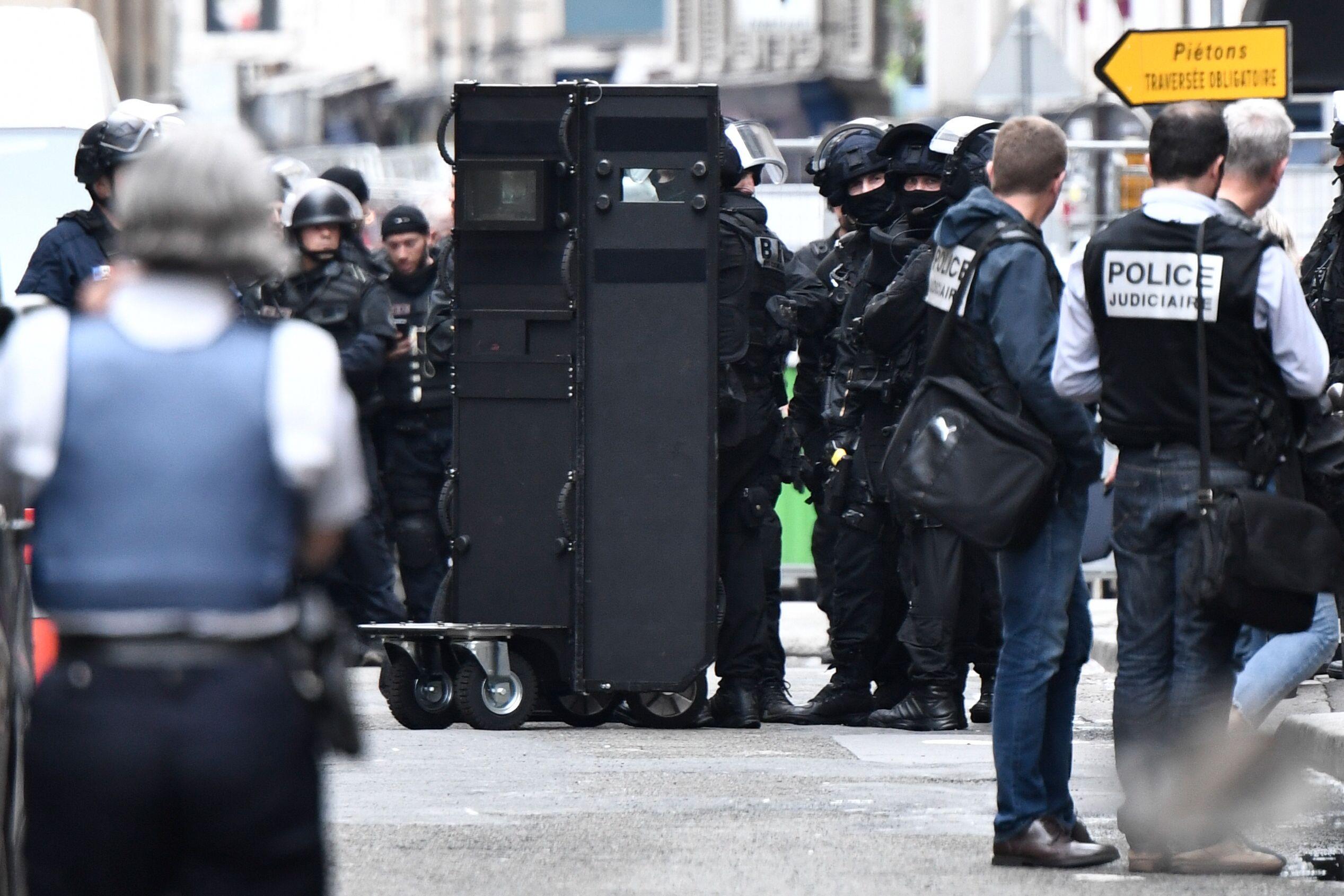 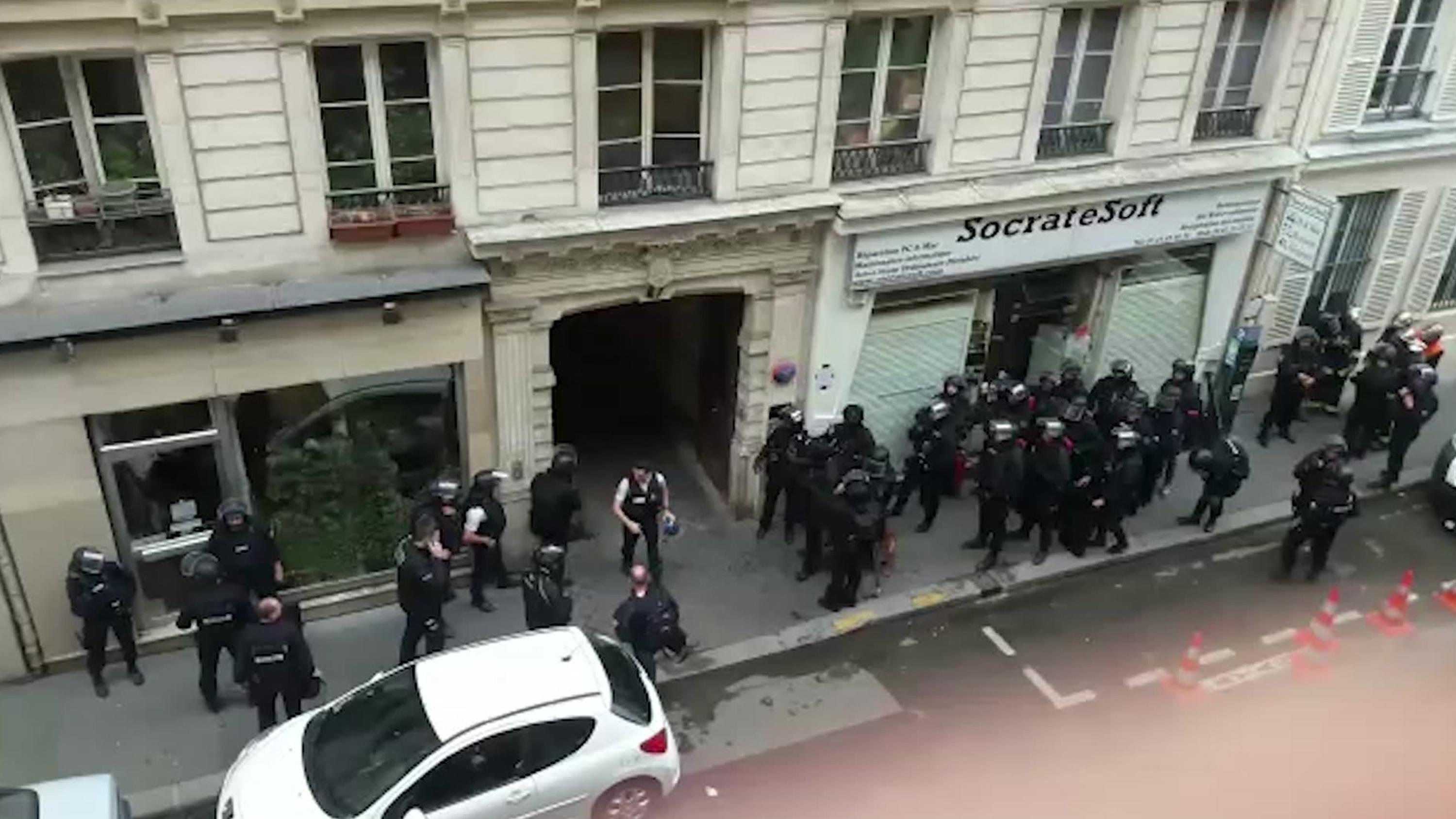 One police source said the man ‘appeared to be psychologically disturbed’, and ruled out a terrorist motive for the drama.

The source added: "He is now in custody after a relatively easy arrest, during which no-one was hurt. The hostages are safe and in good health."

The siege began just before 4pm local time, when the man claimed to have the explosives and a pistol with him as he rushed into the building.

Reports suggest he had a "brief fight" with another man, who made his escape and raised the alarm.

He suffered a facial injury after being hit with a wrench.

At this point, the gunman rushed into the offices of Mixicom, which works to promote YouTube video makers. 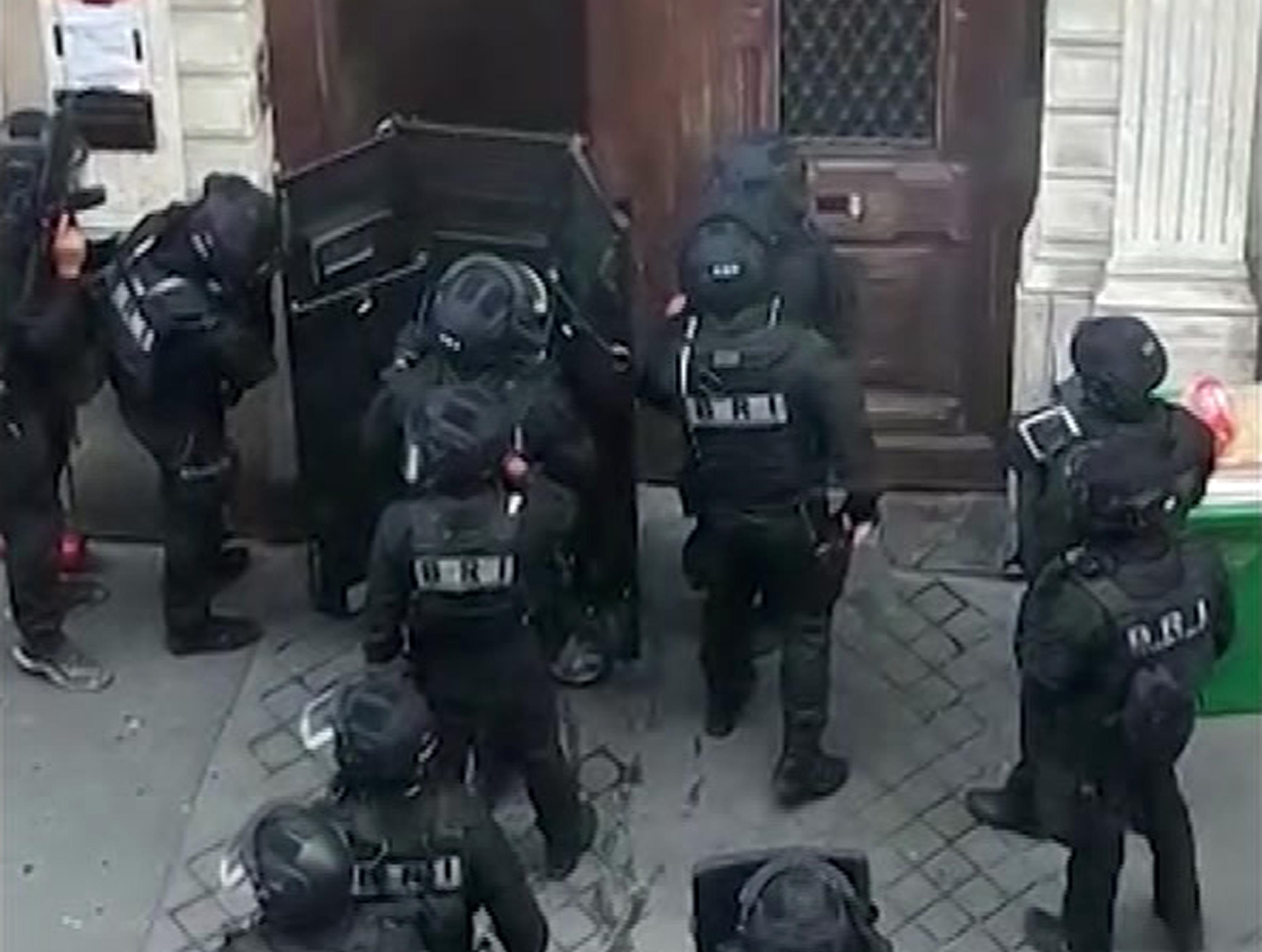 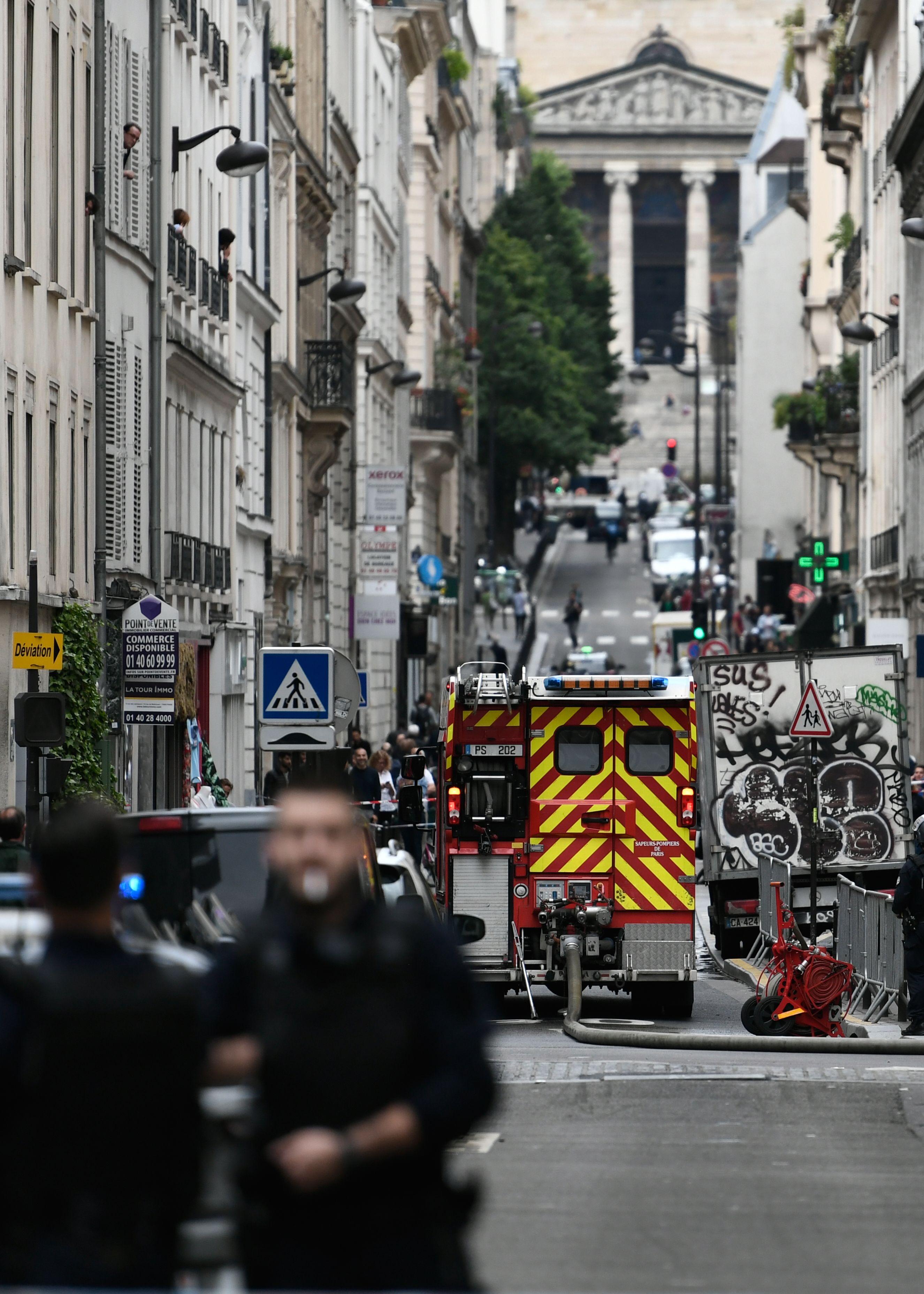 According to a source at the scene, the attacker appeared to be brandishing a "fake weapon", and doused his two hostages in petrol – one of whom was pregnant.

Members of the elite Research and Intervention Brigade (BRI) arrived on the scene within minuted and used an armoured screen as they moved towards the door in Rue des Petites Ecuries, where the siege was taking place. 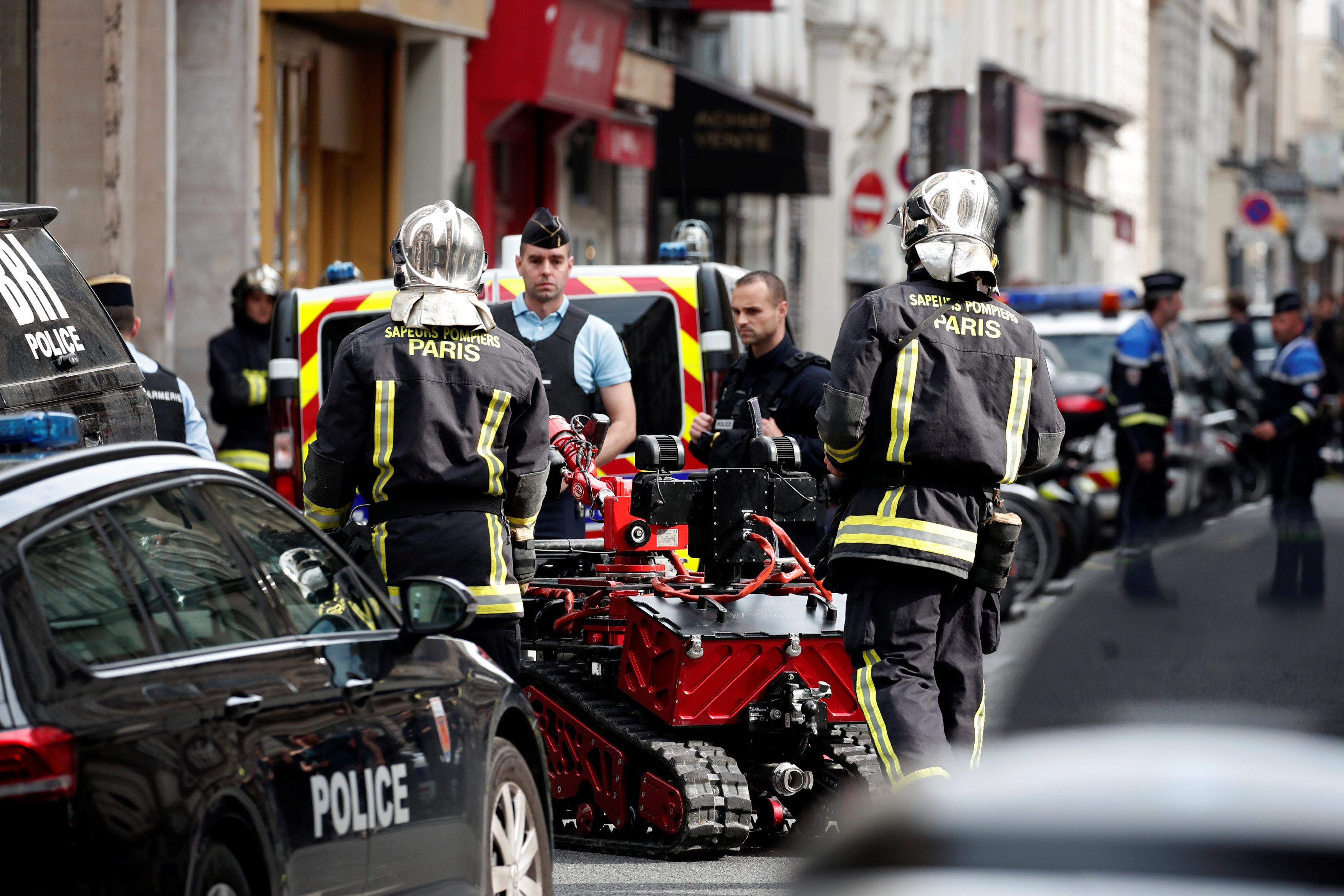 By 7.30pm local time, police negotiators had managed to make contact with the assailant, as they attempted to resolve the incident without loss of life.

The arrest took place just 30 minutes later and the man was taken into custody.

Both hostages were removed to safety and are said to be in good health. 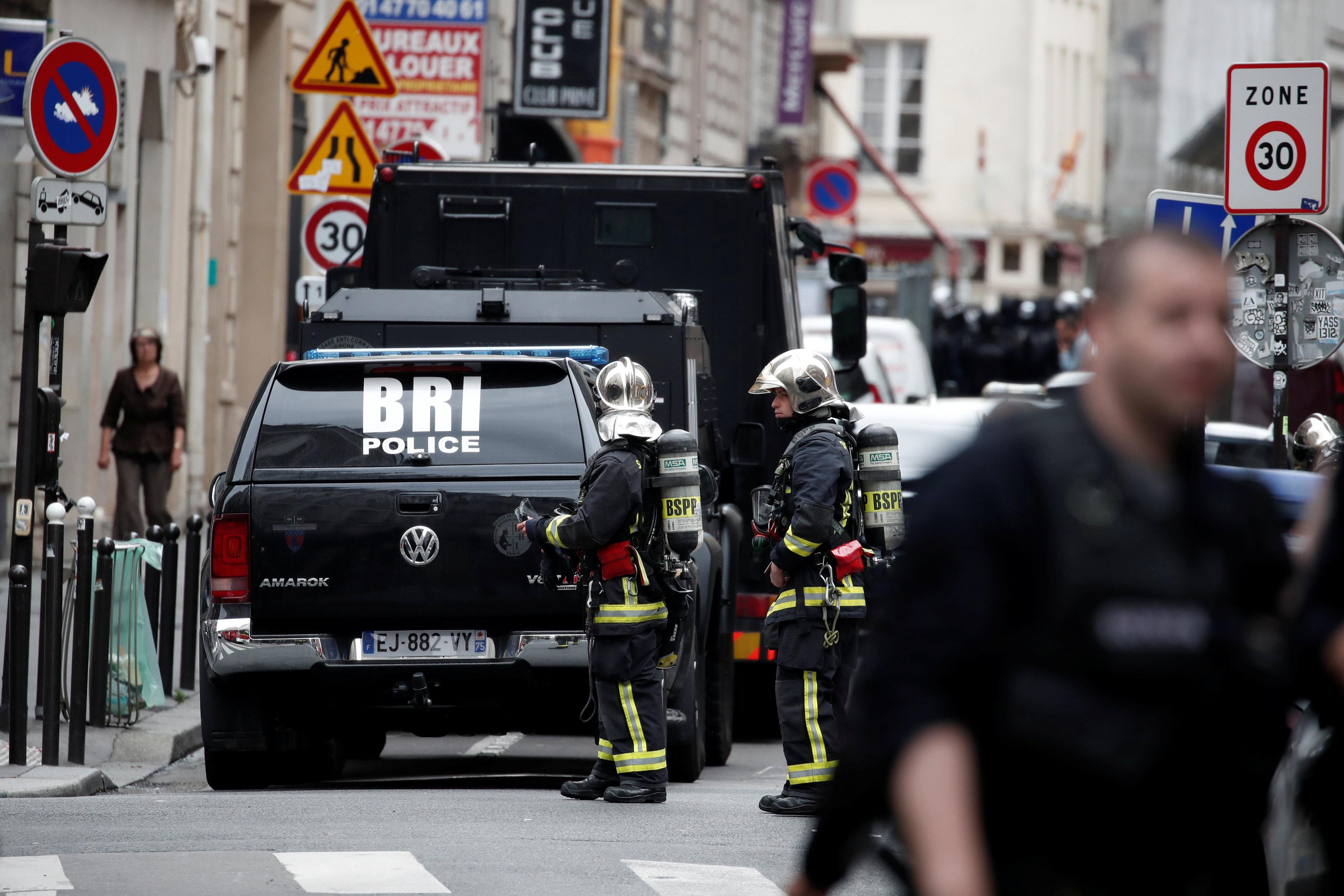 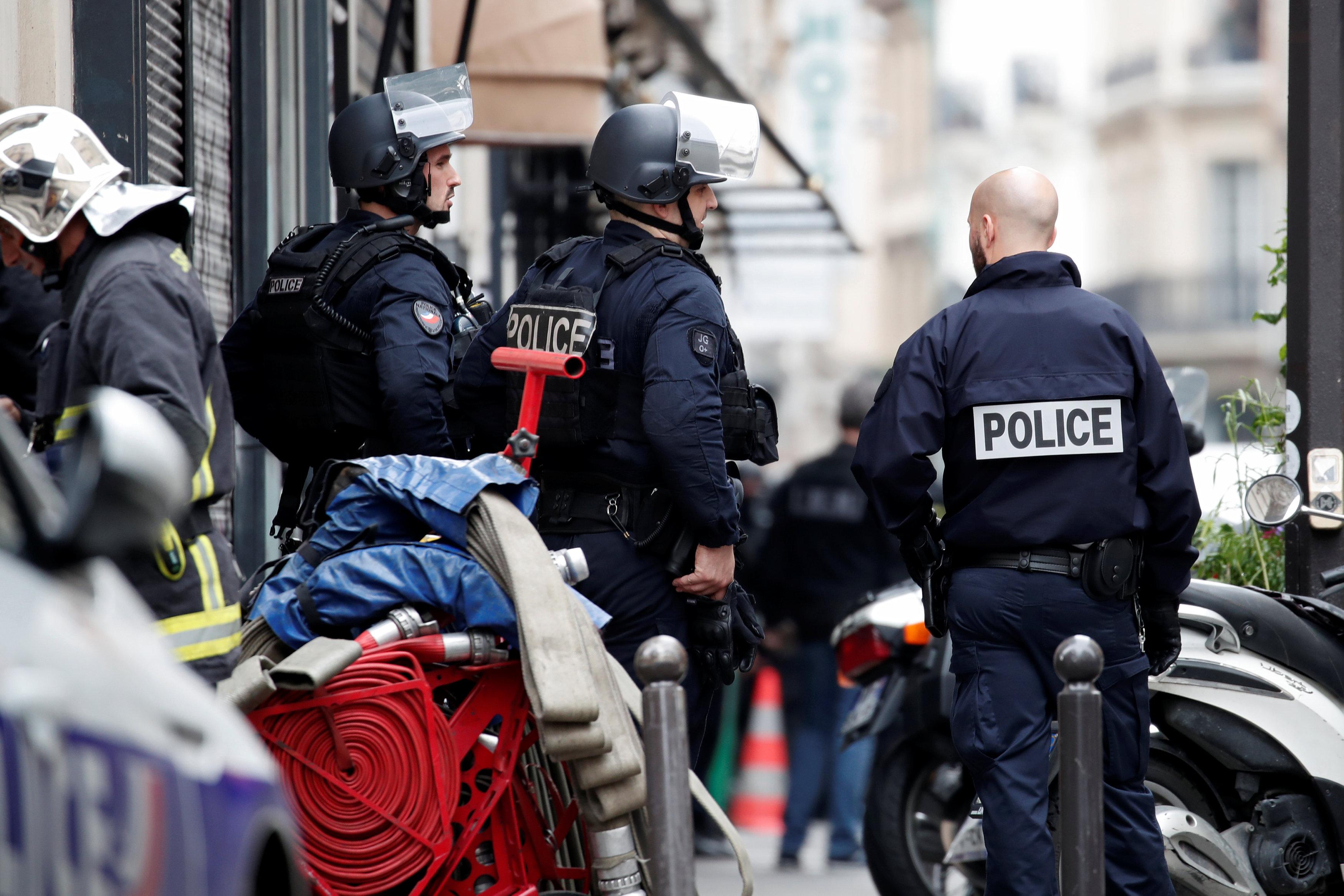 Paris has been hit by a number of terrorist attacks in recent years, including the Bataclan attack that left 130 dead in November 2015.

The perpetrators have been mainly young men claiming affiliation to Islamic State and Al-Qaeda.

However, there are no early indication as to the motives of today's assailant.