Paris: The Paris region plans to launch a large fleet of electric bicycles in a state-funded scheme aimed at getting commuters to cycle to work and reducing congestion and pollution. 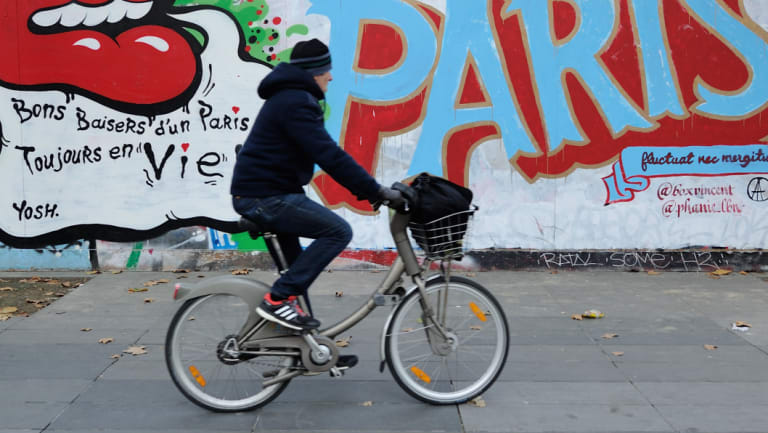 From September 2019, regional transport agency Ile-de-France Mobilités (IDFM) will provide up to 10,000 e-bikes for long-term rental, with a view to expanding the scheme to 20,000, which would make it the world's largest e-bike rental programme.

The aim of the 'Veligo' service is to encourage bicycle commuting, which at the moment accounts for only 1.6 per cent of daily trips in the Ile-de-France area, which includes Paris.

Veligo will be run by a joint venture including the postal service and transport firm Transdev under a six-year contract. It will have a budget of up €111 million ($175 million).

It will complement Paris' Velib' scheme, which has served as a model for mass bike-sharing worldwide but which has struggled since a new operator took over this year. Only half the promised 20,000 new Velib' bikes are currently in operation.

Unlike Velib' bikes, which are rented on an hourly basis and must be docked in roadside stations after use, Veligo bikes will stay with users, who can rent them for €40 a month, half of which can be subsidised by their employer.

The initiative is a major move for Valerie Pecresse, the conservative head of the Ile-de-France region, who often clashes with Paris' leftist mayor, Anne Hidalgo, over environment and transport issues.

"Electric bicyles have an enormous potential. They are an efficient and ecological way to get to the railway station for short commutes that can replace the car," said Pecresse.

She said Veligo would allow commuters to try out e-bikes and might convince them to buy their own. A good e-bike costs €1500-€2000. Around 250,000 were sold in France last year, compared to 2.7 million regular bikes, IDFM said.

While Velib' mainly serves the two million residents of central Paris, Veligo is aimed at the capital's wider region, home to 10 million people and a third of national output.

Velib' already offers some e-bikes and in recent months several firms, including California's Lime and Bird, have launched electric scooters that have taken Paris by storm.

The city already holds monthly car-free days along key thoroughfares and has recently predestrianised a large strip of road along the river Seine.