Warnings of a Bank Holiday washout did not stop determined partygoers from celebrating the long weekend in Liverpool last night.

Scantily-clad revellers were in high spirits as they hit the Merseyside town to make the most of the three-day break – but some were rather worse for wear by the end of the night.

They were pictured stumbling across cobbled streets in high heels and short dresses as they made their way to taxis waiting by the pavement.

Some were even missing shoes by the end of the night – with others pictured taking a quick nap in the window bay of a late-night takeaway or hitching piggy-back rides from friends. 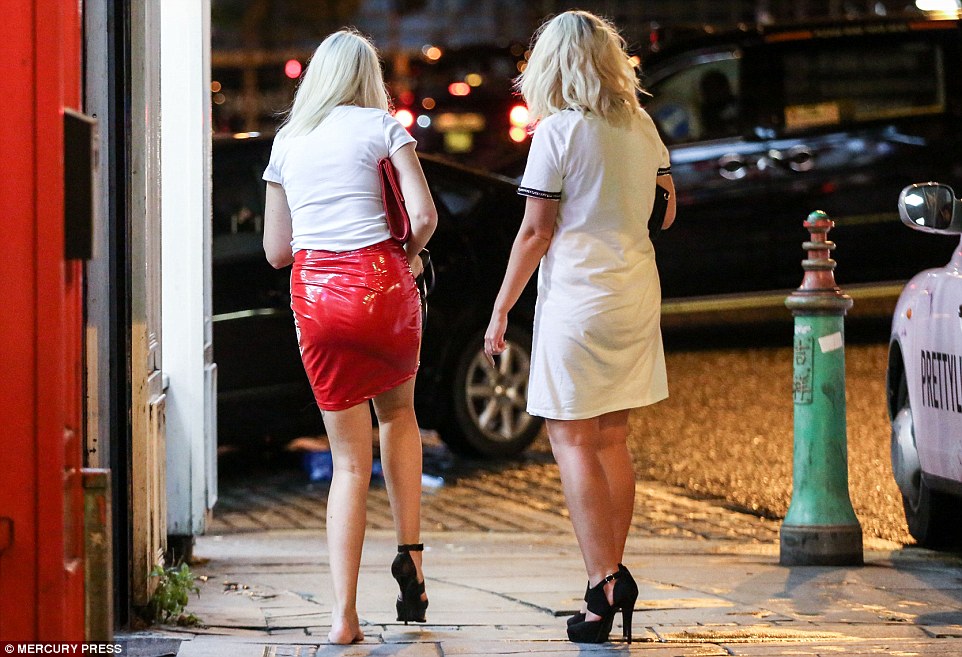 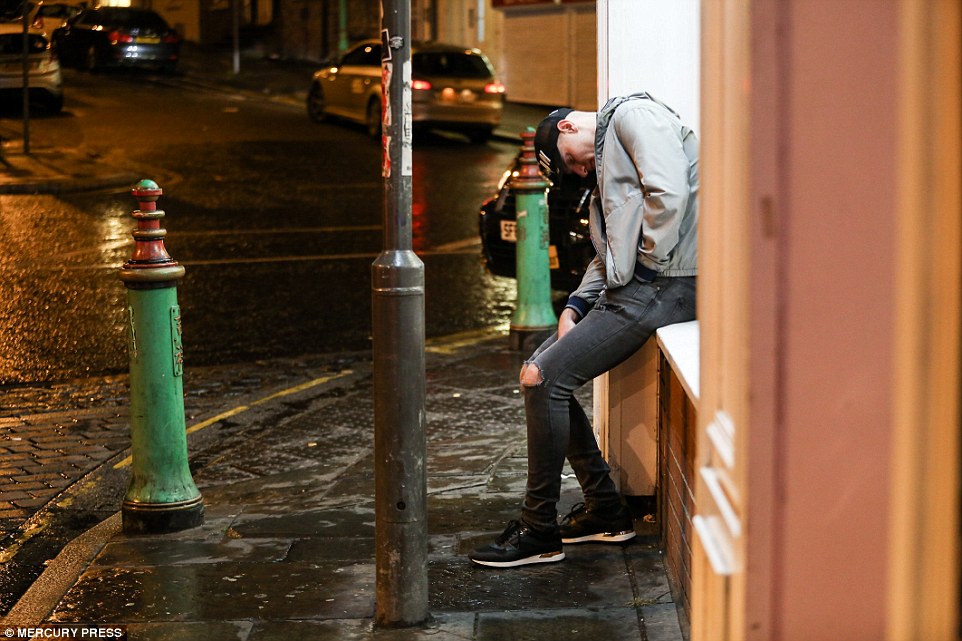 But by the end of the night, some partygoers looked worse for wear – even taking naps in the window of late-night takeaways 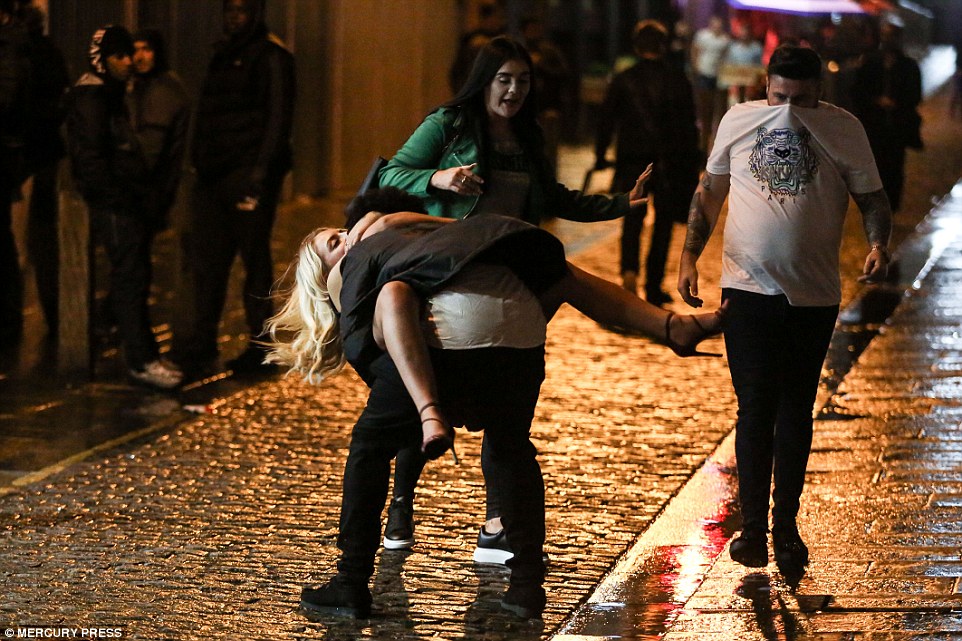 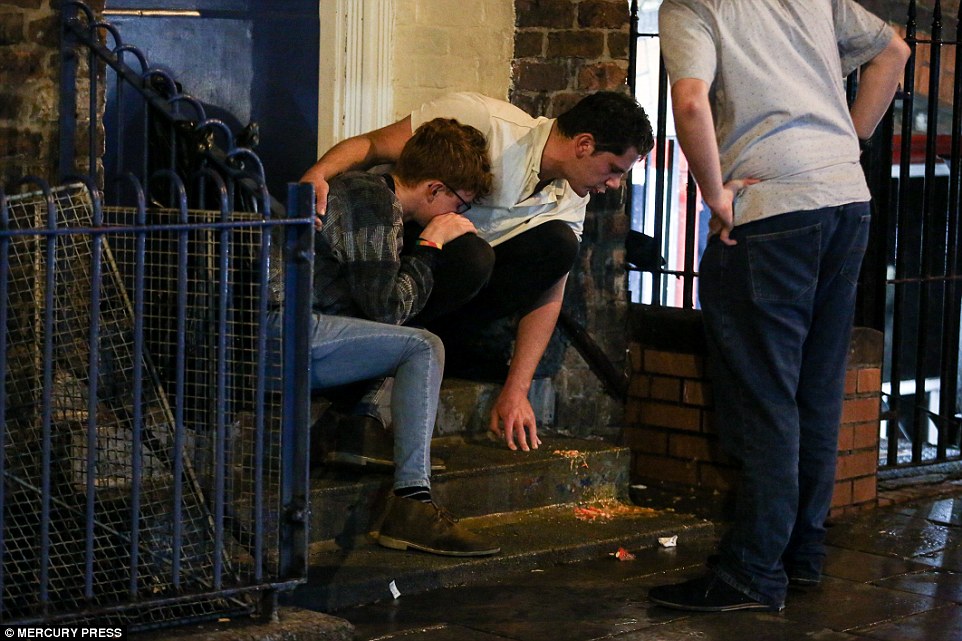 One man had clearly taken things too far, and rested his head on his friend’s left after vomiting on the rain-soaked street 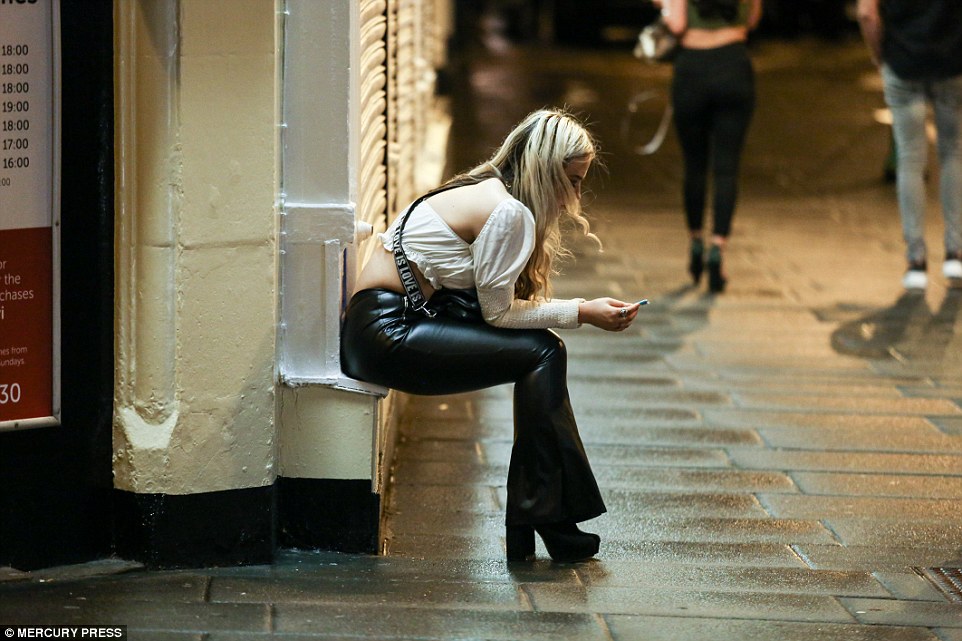 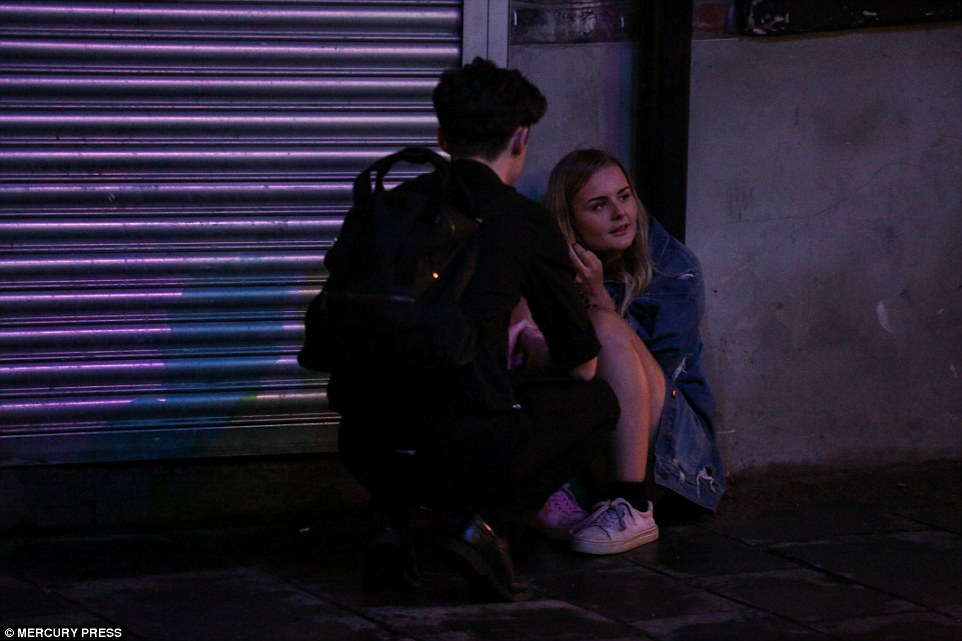 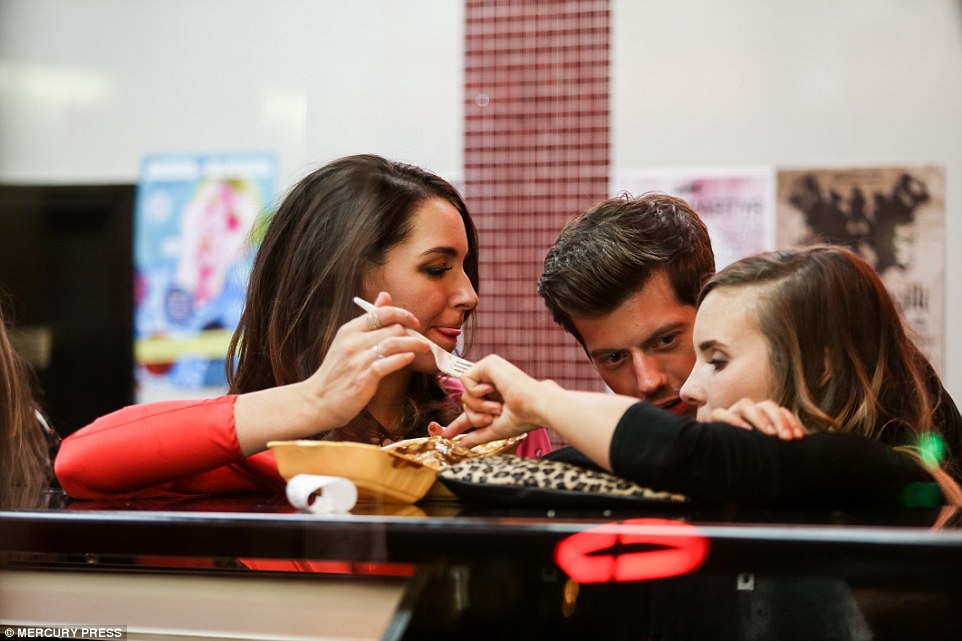 Friends were even seen getting a head start of their morning-after hangover, scarfing down chips and kebabs in late-night takeaways

Others demonstrated what happens when you have a bit too much to drink – and a man was pictured being comforted by his friends on a porch after vomiting.

But some clearly hadn’t let the rain dampen their spirits, embracing and walking arm-in-arm on the city’s cobbled streets.

Friends also made an early attempt to avoid a morning-after hangover – scarfing down a kebab in a late-night takeaway.

And others had clearly had enough of their night of revelry, resting on the pavement or even perching on the side of nearby shops. Others were far from smiling anymore as they rested their feet on a metal step outside a building in Liverpool, Merseyside 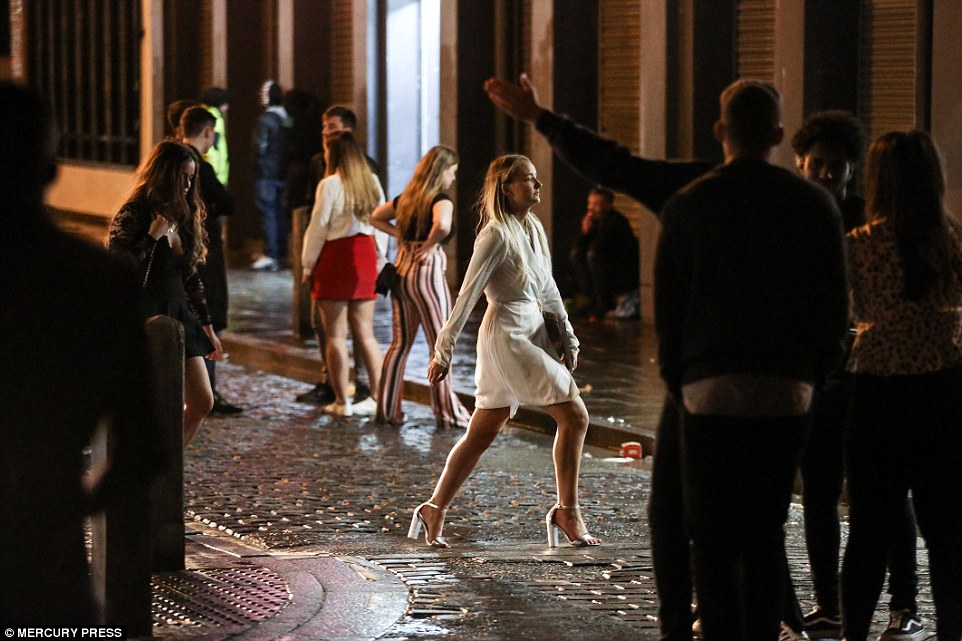 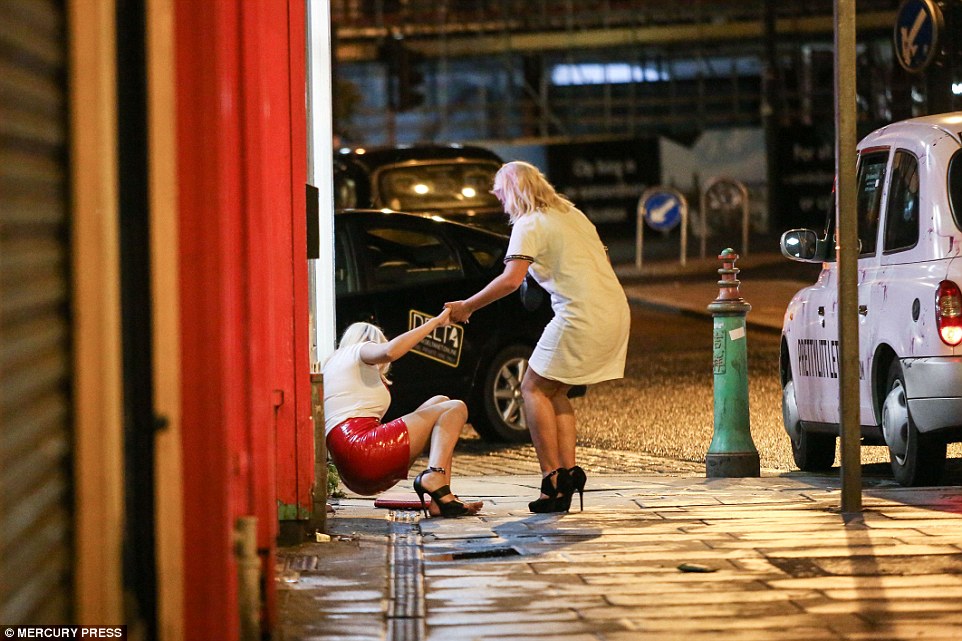 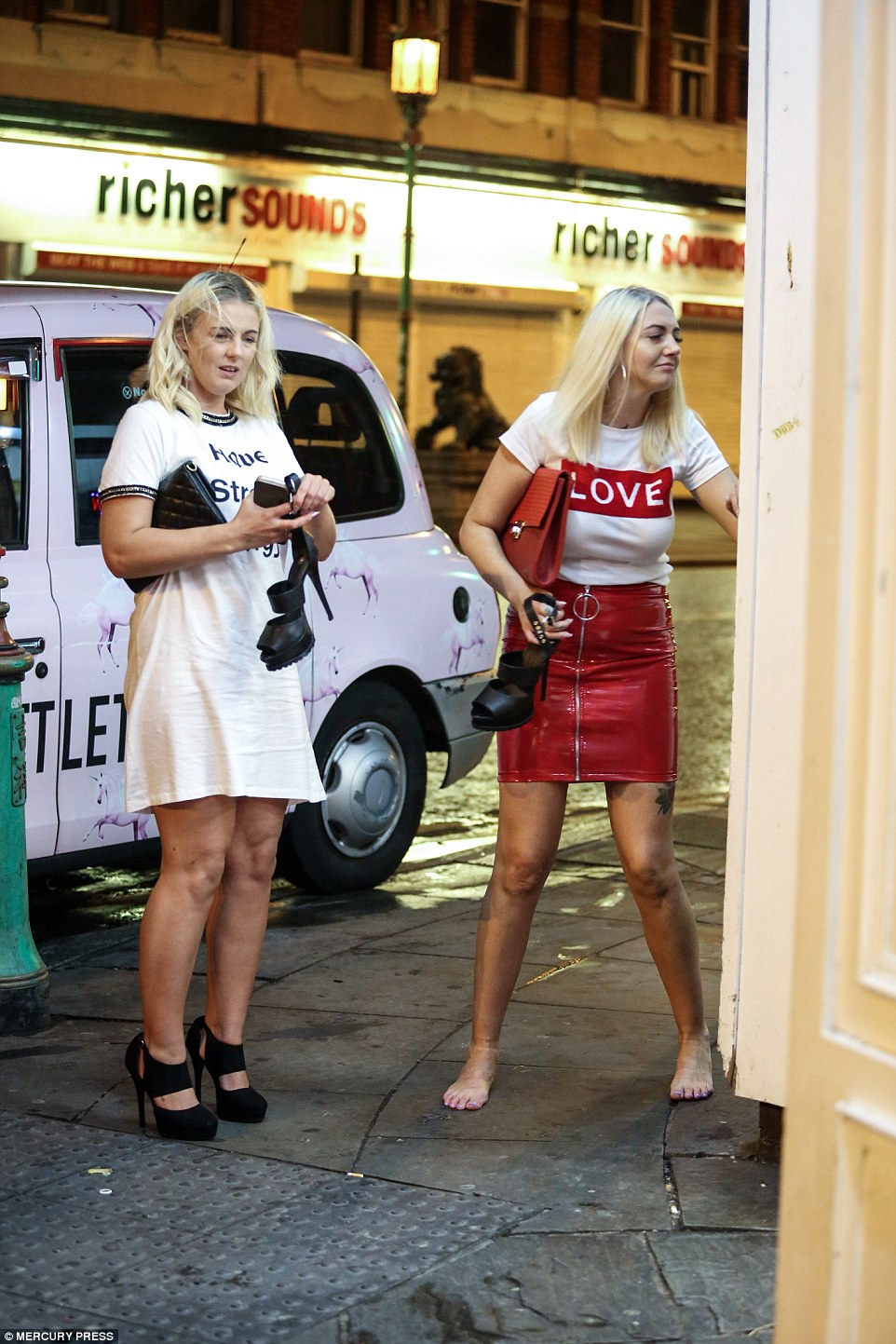 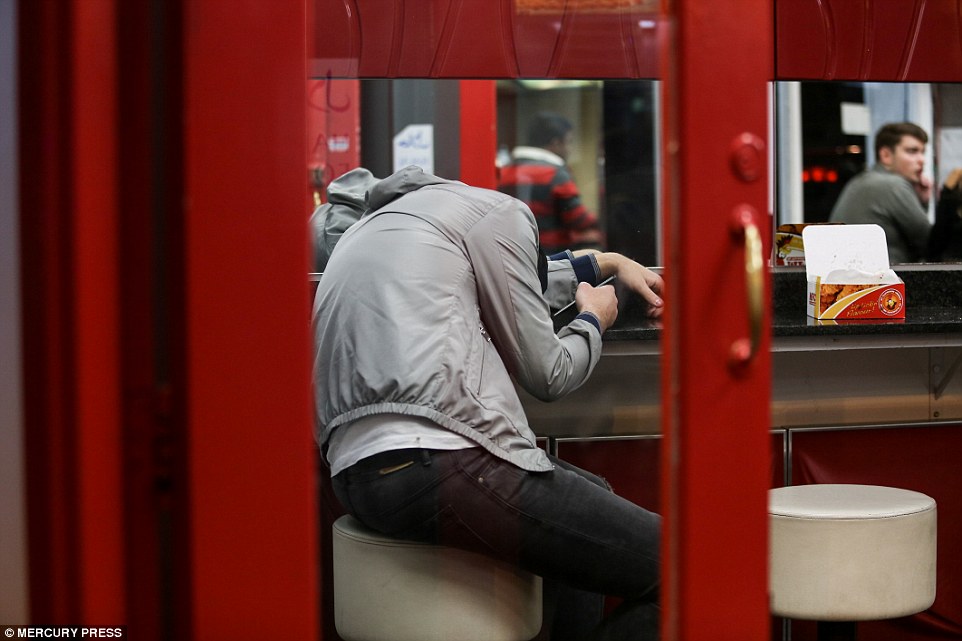 The night got a bit too much for one man, who slumped over on the bar inside a fried chicken shop.

A woman in a white t-shirt dress was encouraging her friend from the floor, and the pair were later seen strolling down the street with one shoe each in hand.

Another group were far from in high spirits as they rested their feet on a metal-plated doorstep. 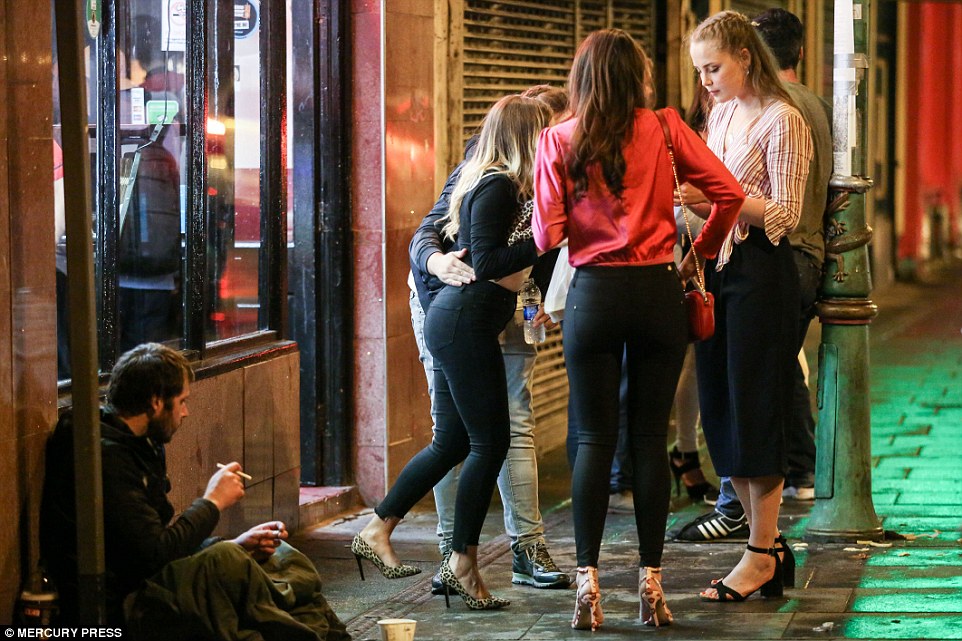 A group of women looked glamourous in high waisted black skinny jeans, blouses, and heels as they enjoyed the Bank Holiday 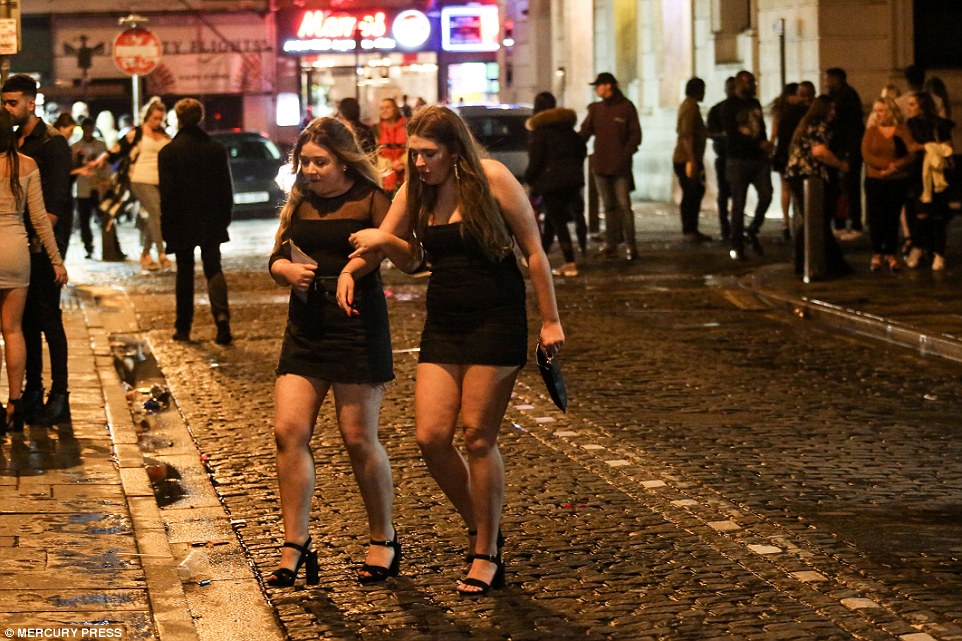 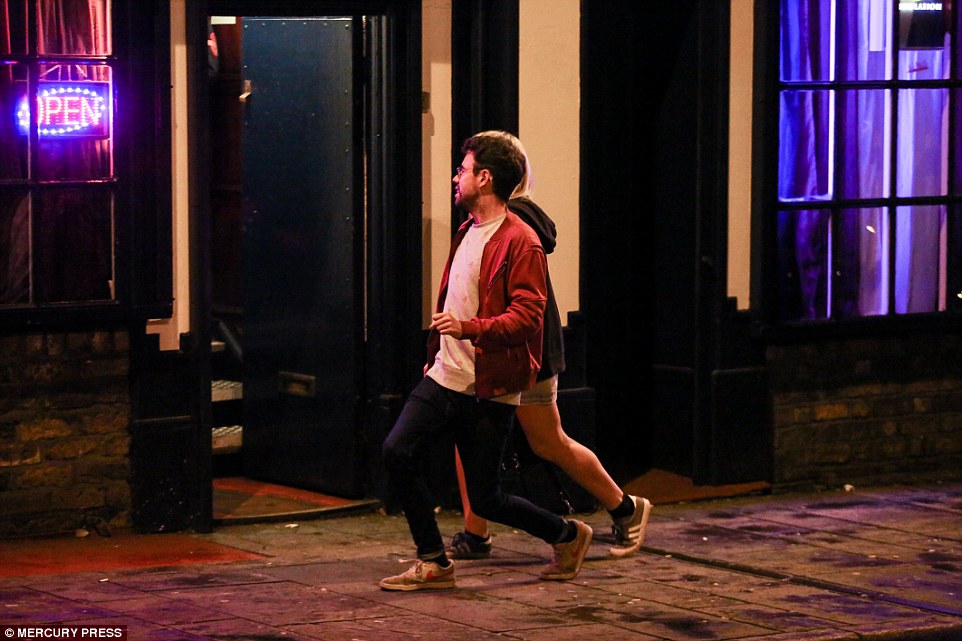 The Met Office predicted lots of rain and wind on Saturday, with a weekend washout thought to be on the agenda.

The heavy rain is expected to continue across the country today, with weather experts forecasting downpours from Brighton to Stornoway.

Maximum temperatures are only expected to reach the high teens Celcius (mid-60Fs) across much of the UK. 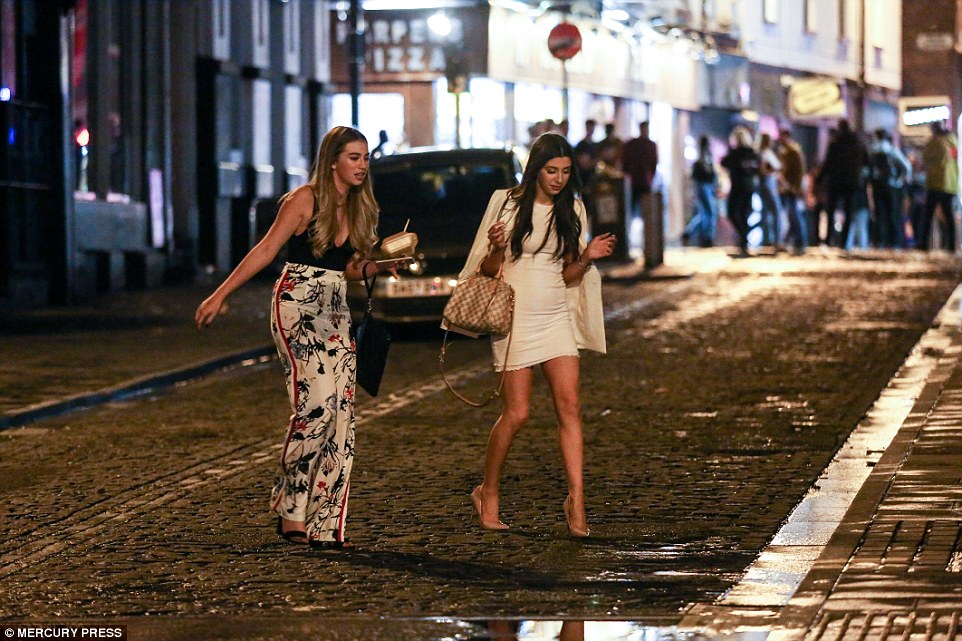 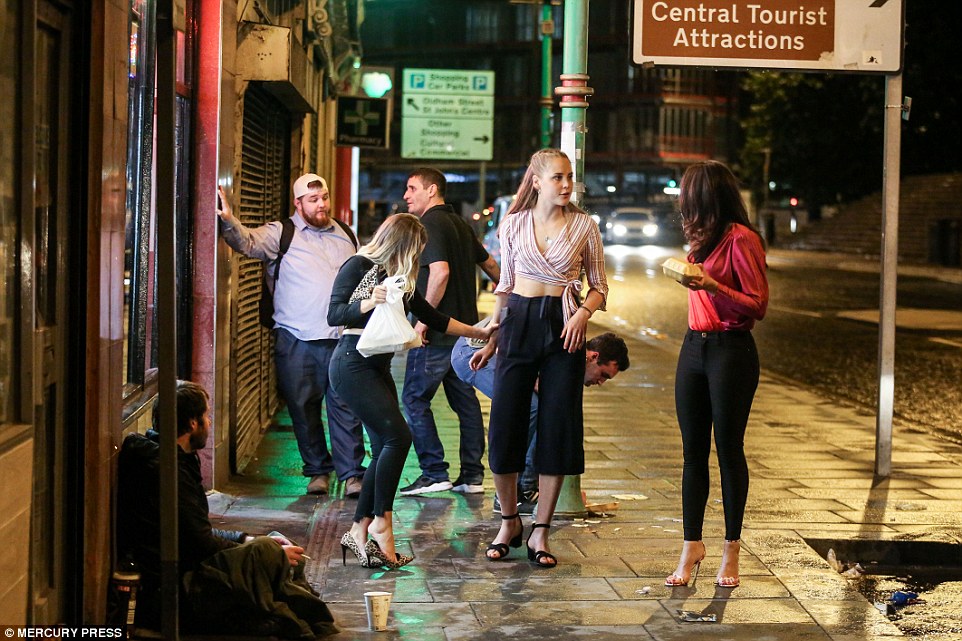 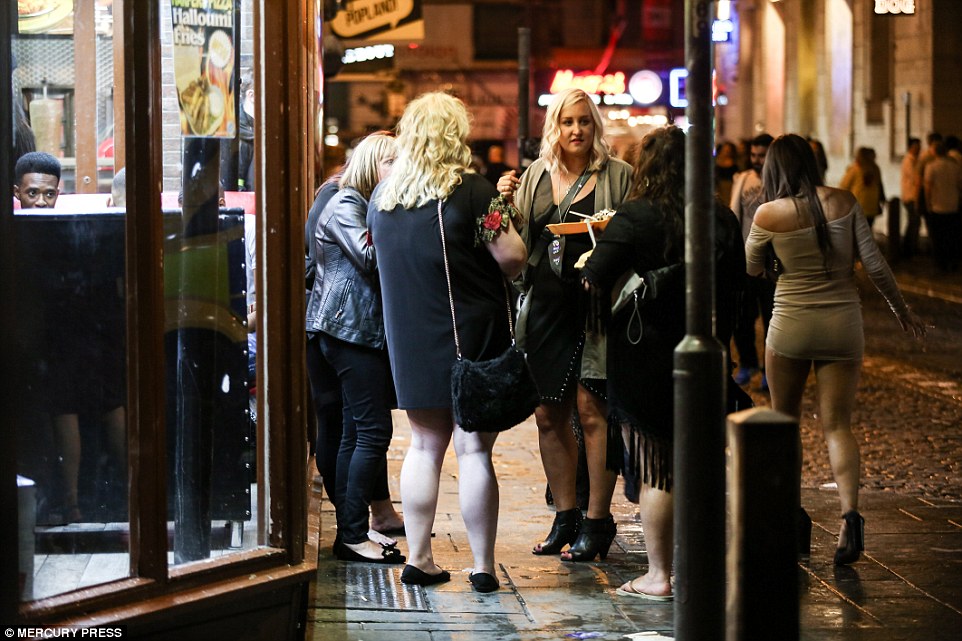 Meanwhile, brave festival-goers at Reading and Leeds festival didn’t let the wet weather put them off their weekend of music.

They were seen arriving in their waterproofs and wellies and carrying umbrellas – some even waiting in the rain all day to catch headline sets from Fall Out Boy and Kendrick Lamar.

And the weather isn’t expected to stay dry for the Notting Hill Carnival, which goes into full swing in the streets of the neighbourhood today.

The Met Office predicted heavy rain in the area from noon to 8pm, with only a 20 per cent chance of showers in the evening.