The Patel Dam in Solai, Nakuru County, unleashed a "sea of water" which destroyed around 450 homes and submerged buildings just over a mile from the source. 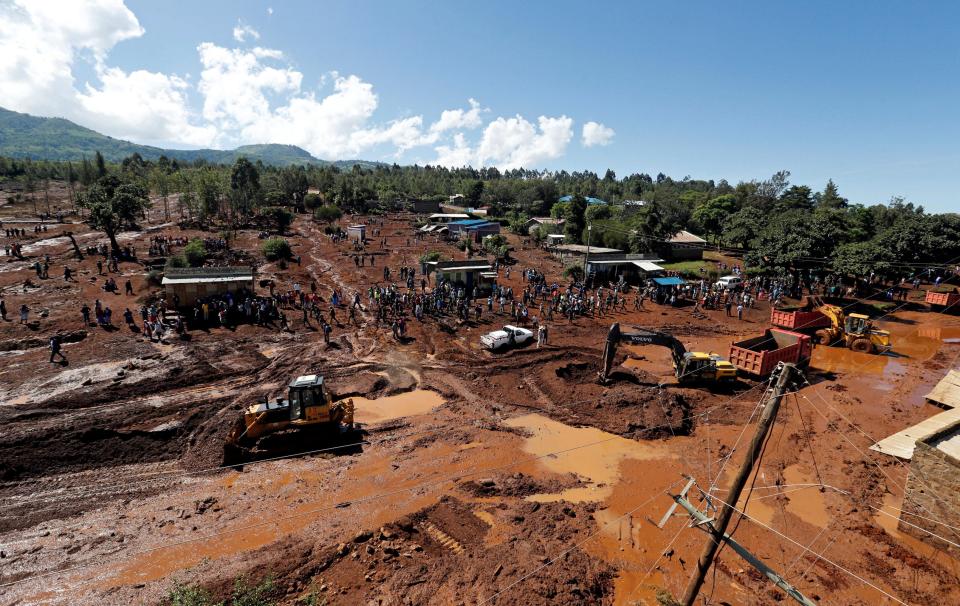 Floodwaters carved out a dark brown chasm in the hillside as it felled powerlines and and destroyed buildings including a primary school.

Excavating machines and volunteers with shovels have been picking through the rubble and mud to look for survivors since last night.

"So far it is 47 dead," said local police chief Japheth Kioko who expects the death toll will continue to rise. 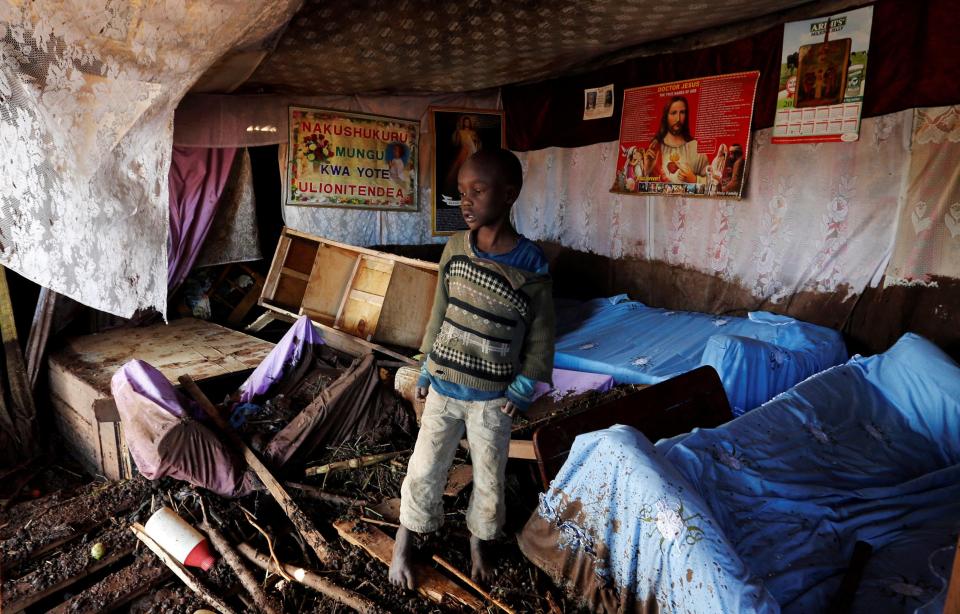 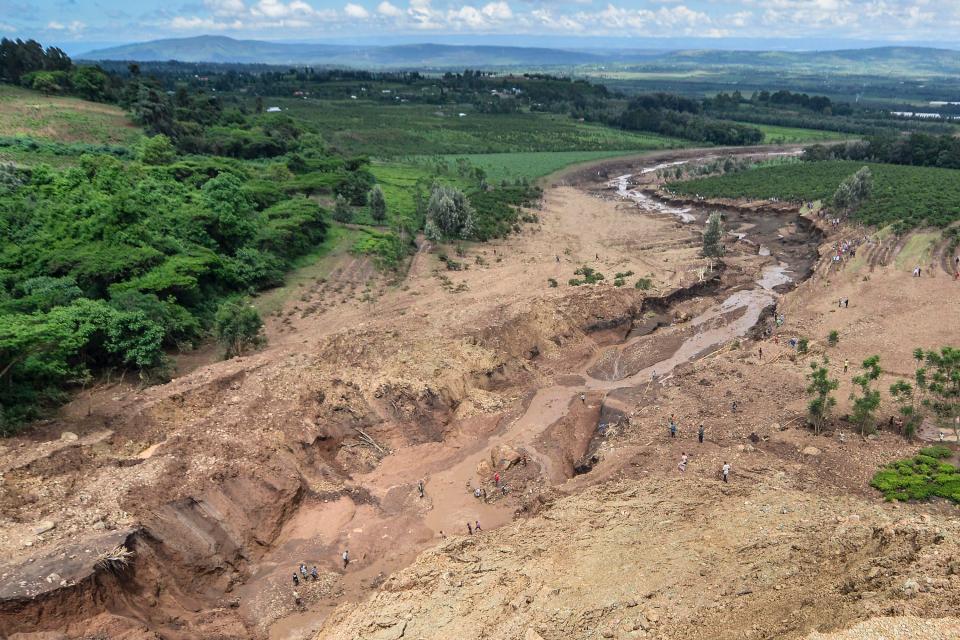 Veronica Ngigi, from Solai, said she was brewing tea at 8pm (5pm GMT) when her daughter-in-law warned they all need to get to higher ground.

"It was a sea of water," said 67-year-old Veronica. "My neighbour was killed when the water smashed through the wall of his house.

"He was blind so he could not run. They found his body in the morning… My other neighbours also died. All our houses have been ruined."

Nakuru is home to thousands of commercial farms which grow everything from French beans and macadamia nuts to flowers – most of which are exported to Europe. 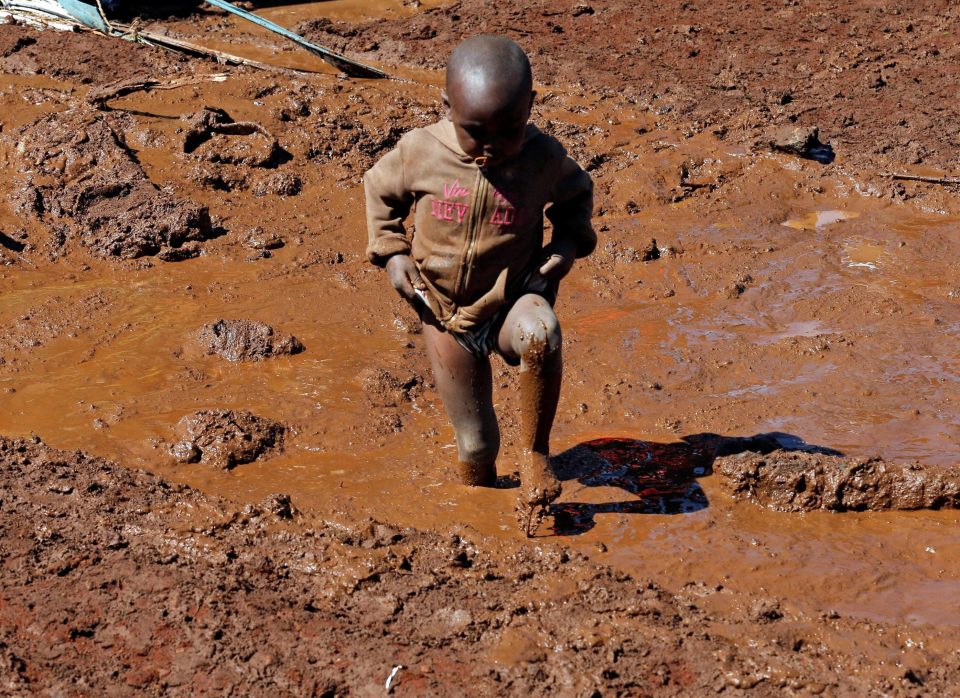 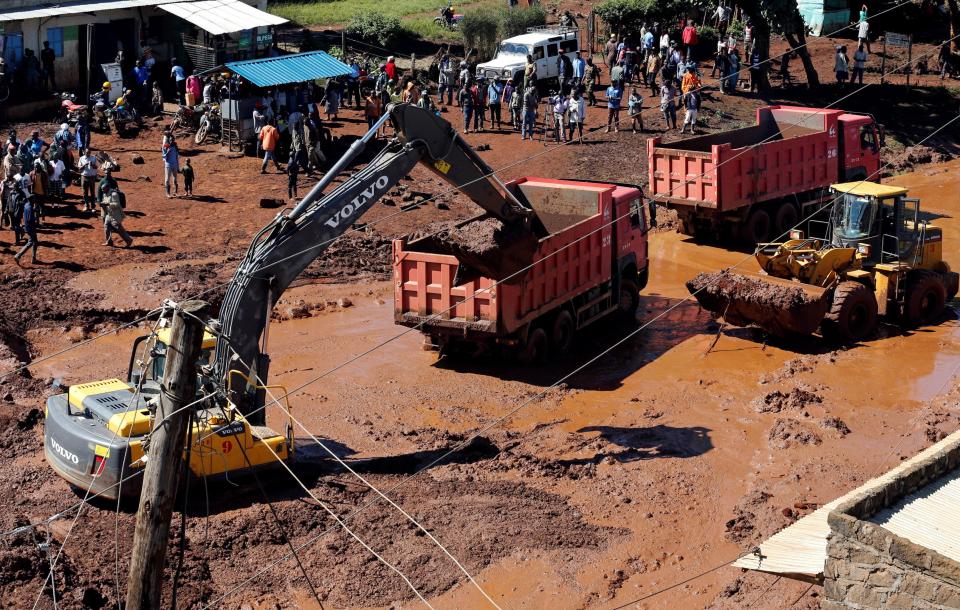 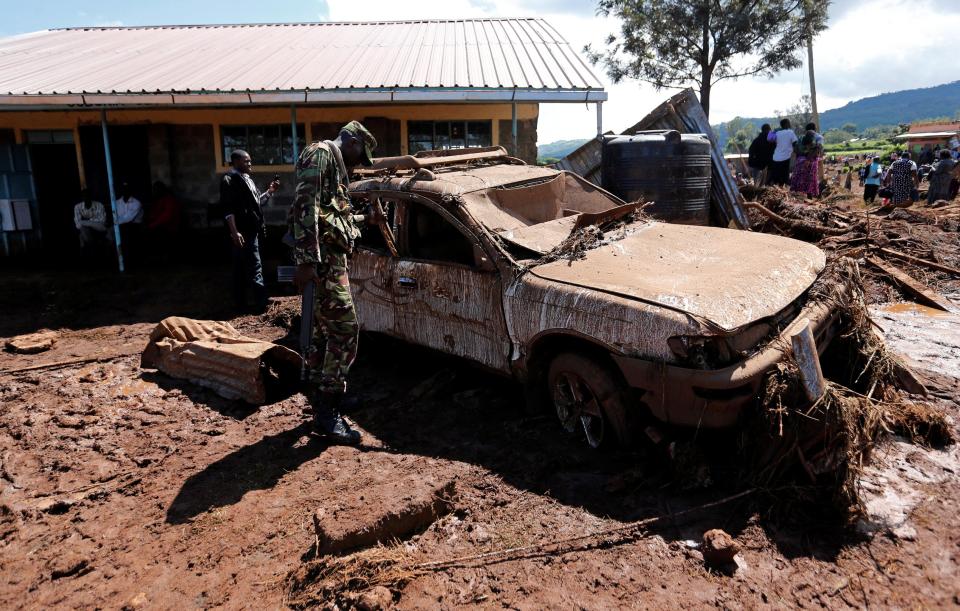 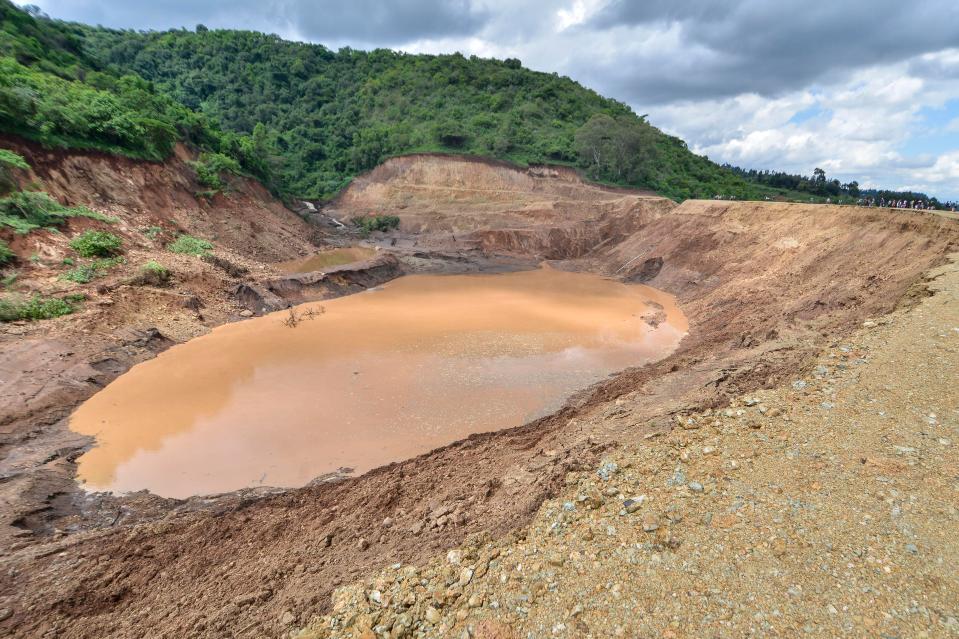 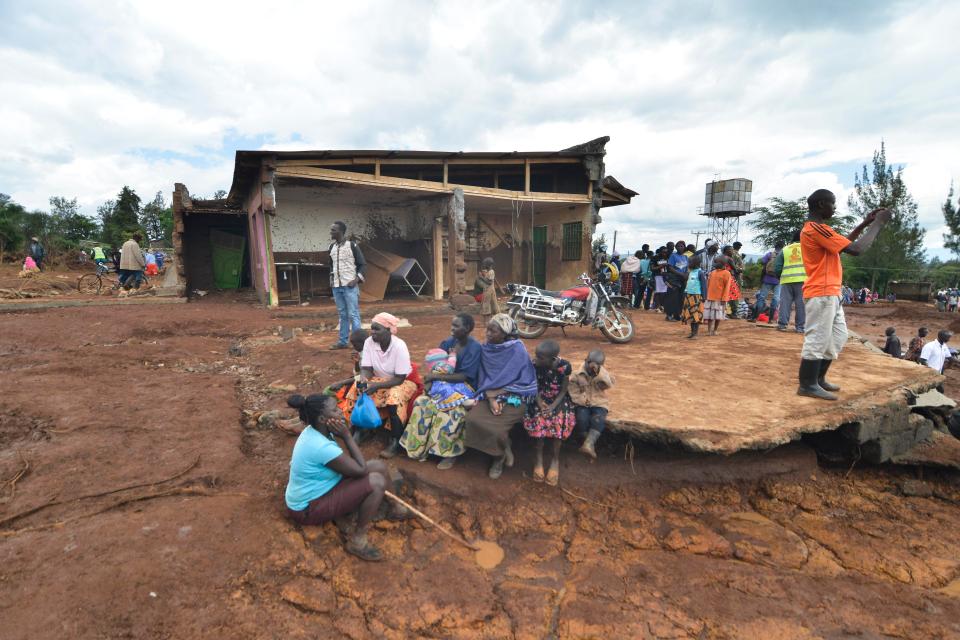 The region is dotted with irrigation reservoirs, built in the last 20 years, to meet the demands of the rapidly expanding agricultural sector.

Vinoj Kumar, general manager of the Solai farm, blamed the disaster on massive rainfall in the forest above the dam.

He said: "In the past two days the intensity of the rain was high and the water started coming down carrying boulders and roots which damaged the wall."

Local police chief Japheth Kioko said the death toll could well climb. "So far it is 47 dead. We are still on the ground," he told Reuters. 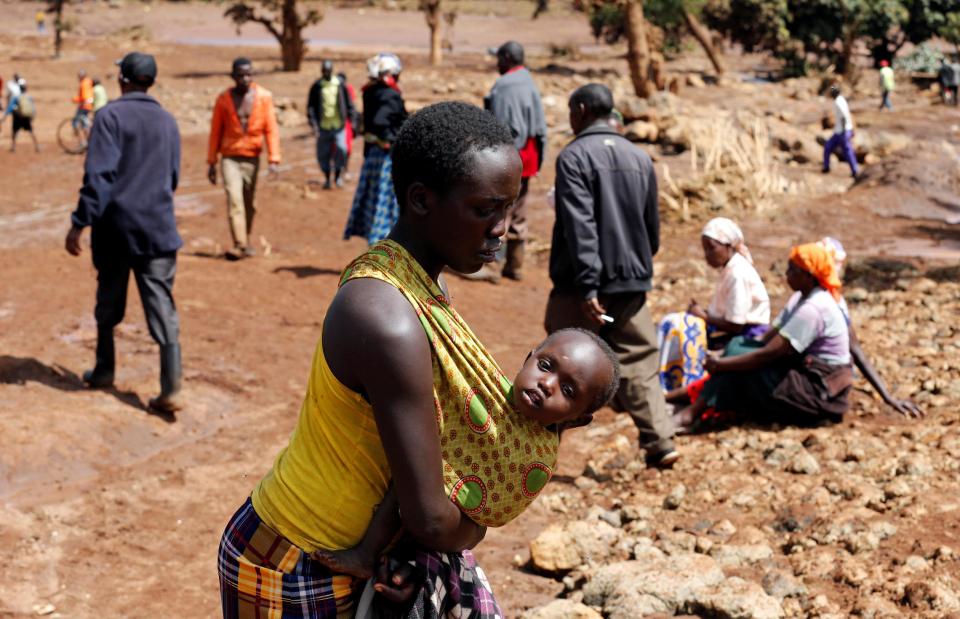 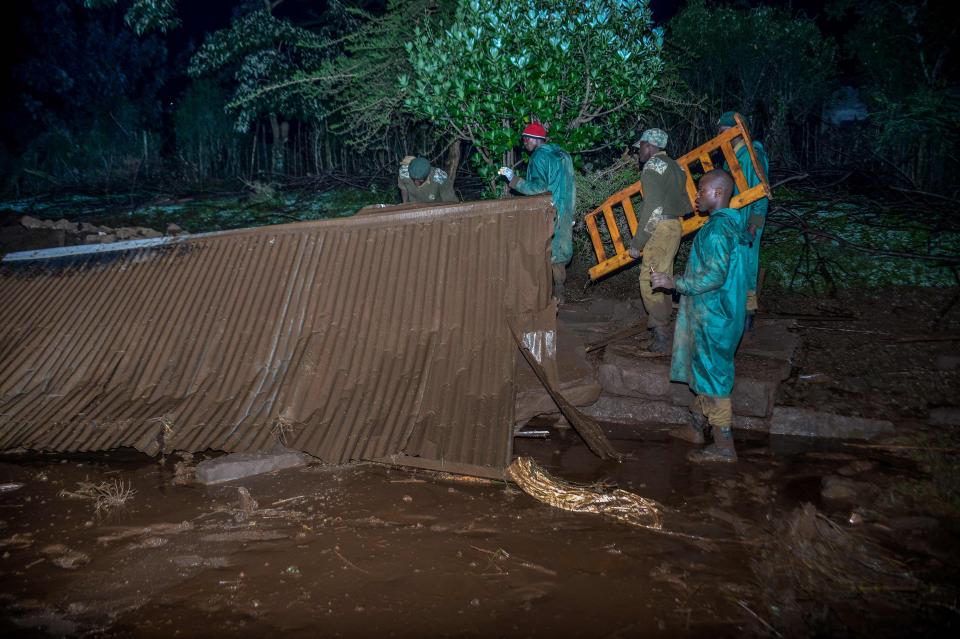 The death toll from the catastrophe is expected to rise, according to the Daily Nation which suggests "high volumes of water" were to blame.

It is feared dozens of people including children and the elderly are still trapped in the thick mud.

The Kenyan Red Cross and local disaster management teams rescued around 40 locals from the rubble overnight.

They abandoned the mission at around 2am last night when it got too dark, before resuming this morning. 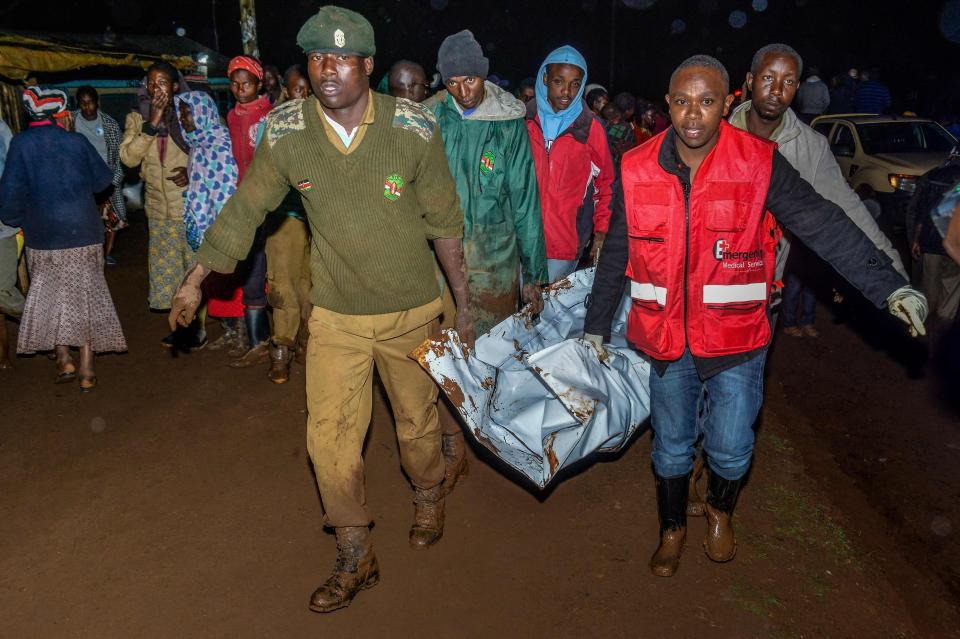 Officials said the dam water and mud spewed out of the reservoir and submerged homes over a radius of just over a mile.

Water also flooded the 8,000-acre Nyakinyua farm which belongs to the same owner of the dam, reports claim. 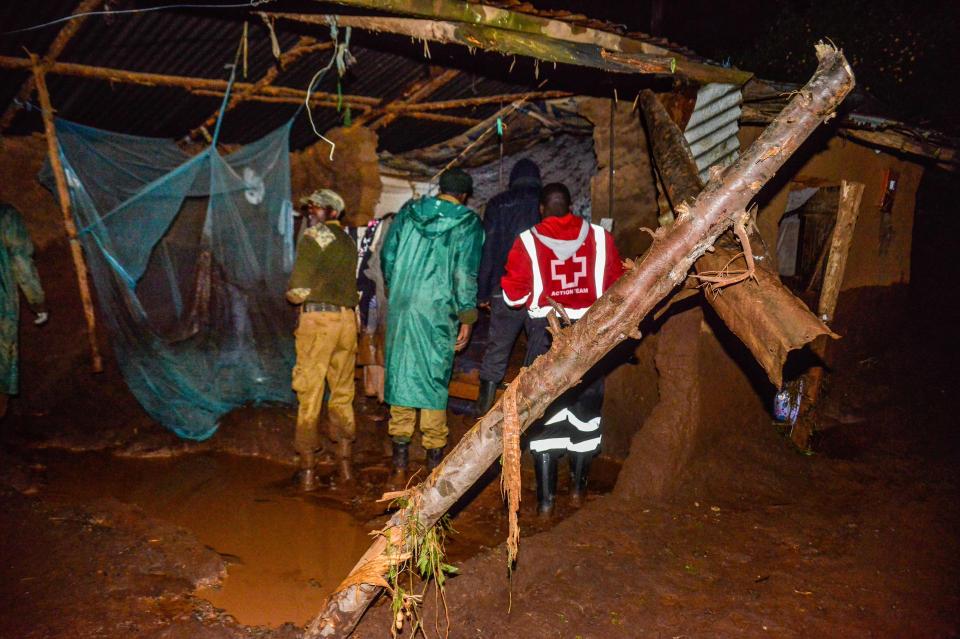 The wall of water which burst through Patel Dam caused 'huge destruction'"We will do our best to take affected families to safety and help them get medical attention," said Nakuru Governor Lee Kinyanjui.

Mr Kinyanjui added: "The water has caused huge destruction of both life and property… The extent of the damage has yet to be ascertained."

Kenya, like other countries in East Africa, has experienced heavy rain over the past two months.

The disaster raises the already high death toll in Kenya from floods due to high seasonal rain. 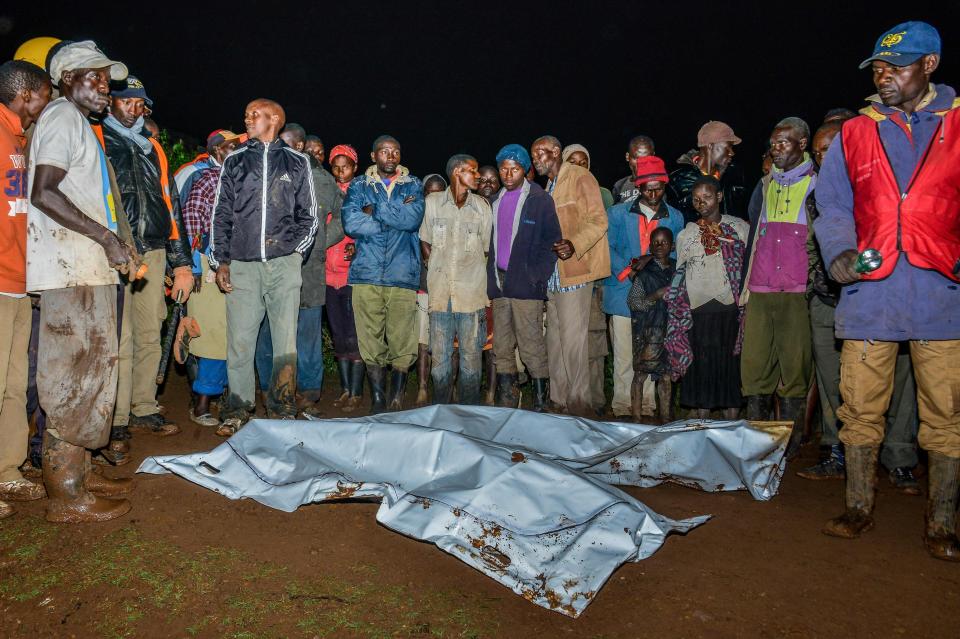 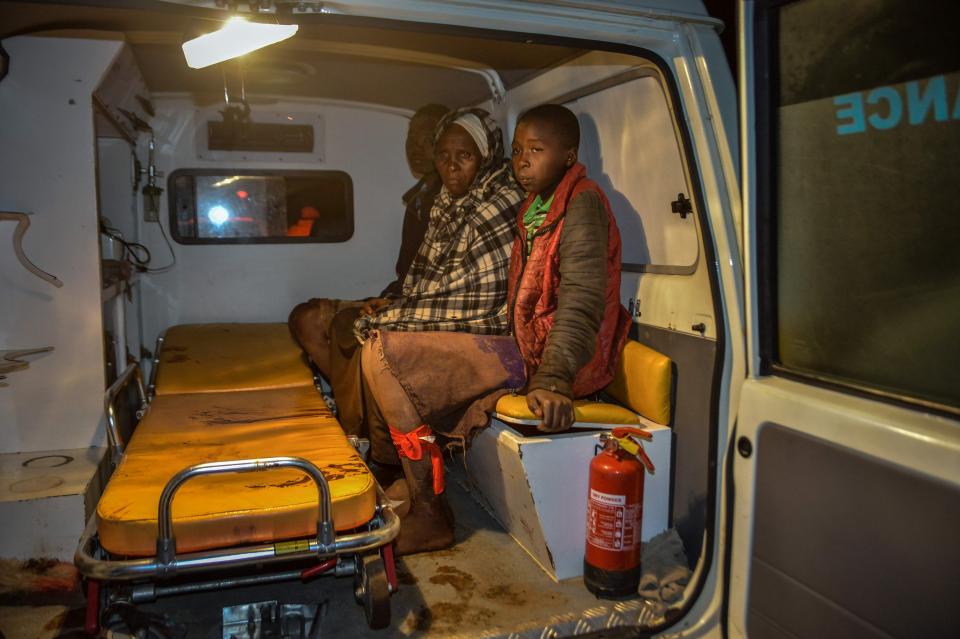 On Wednesday, the government said rains had killed 132 people and made 222,456 homeless since March.

Military helicopters and personnel have for the past week been deployed to rescue people marooned by the flooding.

Floods hit as the country was recovering from a severe drought which affected half of the country.