Abuse of human rights laws by foreign criminals will face a major crackdown in sweeping reforms.

A loophole in Labour’s Human Rights Act, which has been exploited by murderers, rapists and other serious criminals, will be closed by ministers, the Daily Mail can reveal today.

For the first time, restrictions will be placed on the use of Article 3 of the Act, which prohibits ‘torture and inhuman or degrading treatment or punishment’. 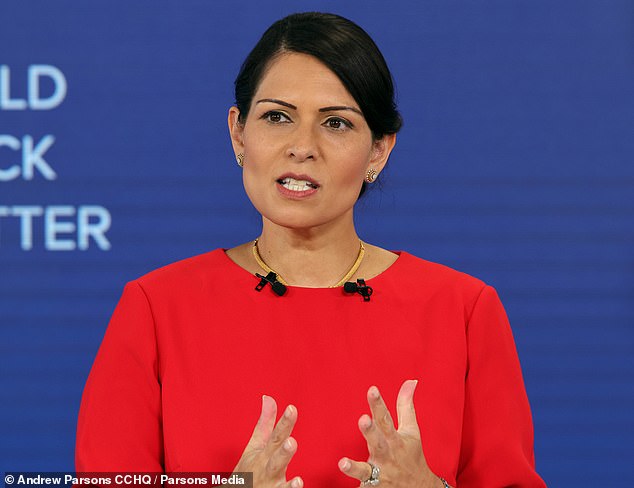 The changes will also affect the way asylum claims are handled, it is understood, after Home Secretary Priti Patel set out her determination to fix Britain’s ‘broken’ asylum system. Strict limits will be placed on the types of asylum appeals which can rely on Article 3

The reforms will aim to eliminate use of Article 3 in farcical cases. It could include a complete ban on European Union nationals claiming they can’t be sent home for human rights reasons.

The Home Office will narrow the types of cases which can use Article 3 in a bid to stop judges ‘gold-plating’ Britain’s duties under international law.

It could mean the Government is able to deport hundreds more foreign criminals a year as they are blocked from bringing spurious human rights claims.

The changes will also affect the way asylum claims are handled, it is understood, after Home Secretary Priti Patel set out her determination to fix Britain’s ‘broken’ asylum system. Strict limits will be placed on the types of asylum appeals which can rely on Article 3. 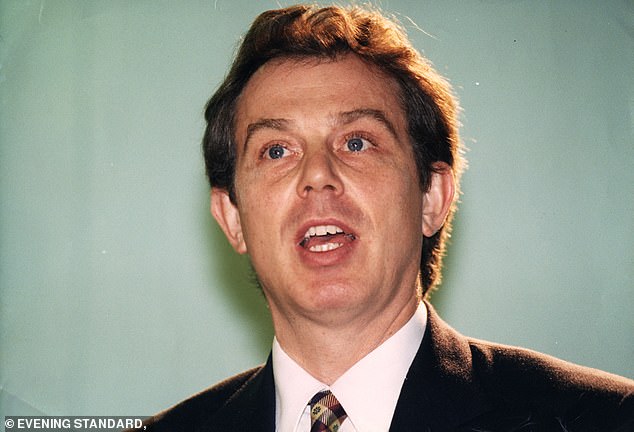 A Whitehall source said: ‘The changes will severely restrict judges’ ability to interpret the law very broadly when it comes to foreign criminals who lodge these human rights claims.

‘We are going to draw a line on what we think are reasonable claims of ‘inhuman and degrading treatment’.

Article 3 of the European Convention on Human Rights prohibits ‘torture and inhuman or degrading treatment or punishment’. Among the foreign criminals who have used it to stay in the UK are:

Valentine Harverye, who burned a woman with melted plastic and scalded her with boiling water, used Article 3 to defeat an attempt to deport him.

His 34-year-old victim was scarred for life in the 2009 assault for which he was jailed for five and a half years.

An immigration judge ruled that drug dealer Harverye faced a ‘real risk of ill-treatment’ if he was sent back to his home country, Zimbabwe. His appeal, in 2013, was allowed.

A Libyan man convicted of 78 offences successfully argued he could not be sent home, partly due to his alcoholism.

Lawyers for the 53-year-old, who can only be identified by the initials ‘HU’, told his deportation appeal he would face physical punishment and imprisonment because alcohol is illegal in his country.

The thug with HIV

In April this year the Supreme Court ruled a criminal’s human rights would be breached if he was deported to Zimbabwe because he would not be able to access HIV drugs that he requires.

‘AM’ had accumulated convictions including for battery, assault, possession of a firearm and possession of heroin with intent to supply. The Home Office began trying to deport him in 2006.

The Supreme Court allowed his appeal under Article 3 and the case was referred back to the immigration courts.

‘At the moment judges are far too generous in the way they interpret it.

‘They ‘gold-plate’ what is expected of this country under international treaties, interpreting it too widely. There’s simply no need for them to do that.

‘More broadly, the new measures will set out clear parameters in asylum claims.

‘For example, it is likely to mean you won’t be able to use ‘inhuman treatment’ as grounds for an appeal if you are coming from an EU country or another country that observes the rule of law.’

Changes will be introduced in the Sovereign Borders Bill, due to be published early next year. The Mail can also reveal a far-ranging review will be carried out of human rights laws, with an expert panel due to be announced this month.

The curbs on Article 3 come 20 years after Tony Blair’s Human Rights Act came into force, enshrining the European Convention on Human Rights (ECHR) into domestic law. The Government believes UK courts currently go far beyond what is merited under international obligations such as the ECHR.

For example, 26 per cent of Albanians who claim asylum in this country are granted refugee status – compared with just 10 per cent in France, a Whitehall insider said.

The changes will be modelled on restrictions introduced six years ago which reined in Article 8 of the Human Rights Act, which governs the ‘right to private and family life’.

Those changes, in the Immigration Act 2014, set out how the courts must take a range of factors into account before allowing a ‘family life’ claim.

They say the public interest in deporting an offender should override any human rights claims, apart from in clearly defined exceptional cases.

For example, under the 2014 reforms foreign criminals who had been jailed for four years or more had to prove there were ‘very compelling circumstances’ as to why they should not be removed from Britain.

The legislation added: ‘The more serious the offence committed by a foreign criminal, the greater is the public interest in deportation.’

A Government source said: ‘Restrictions placed on ‘family life’ claims had a significant effect when they were introduced in those reforms. As part of the Sovereign Borders Bill that is something that will be introduced for the first time with Article 3 claims as well.

‘It will set out clear conditions and prevent judges from having to make arbitrary decisions.

‘Countries such as France are also in the ECHR and yet they do not accept asylum claims from Albanians like we do.

‘France allows a small proportion of claims from Albania while the UK allows 26 per cent of those lodged here.

‘We think many judges will welcome these measures because it will allow them to avoid becoming embroiled in contentious political issues.’

There has been a spate of cases which have seen failed applicants make human rights claims to avoid being put on a Home Office charter flight.

In one case this month, 29 out of 30 failed applicants who were poised to be removed to France lodged appeals at the last moment, including 18 based on human rights grounds.

‘We think these new measures will reduce the incentive to make those last minute legal claims,’ one source said.

However, attempts to extend restrictions to Article 3 are bound to prove controversial.

Appeals by foreign criminals attempting to avoid deportation from Britain have surged since 2015.

There were 2,542 claims lodged with the immigration tribunal in 2019-20, according to the Ministry of Justice – a 17 per cent increase year-on-year.

The number of appeals collapsed to just 1,585 in 2015-16 from just over 2,400 the year before after the Government changed the law restricting claims related to Article 8 of the Human Rights Act – the right to private and family life.

Government sources attribute the recent rise in cases to lawyers using Article 3 which deals with ‘torture and inhuman or degrading treatment’.

It is not yet clear how the proposed new measures will affect asylum claims.

But in France, which is subject to the same rules as the UK under the European Convention on Human Rights, 820 Albanians were granted asylum in 2019 out of 8,010 applications, according to the French Office for the Protection of Refugees and Stateless Persons.

In the UK there were 3,500 claims by Albanians, with immigration courts granting 26 per cent permission to stay.