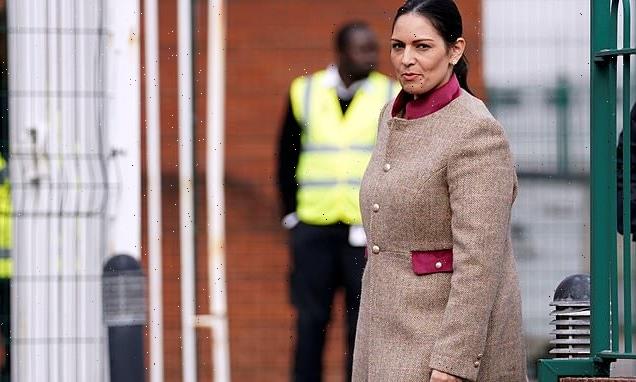 Priti Patel will be granted new powers to impose visa penalties on countries that do not cooperate on deportations, under new reforms in the Nationality and Borders Bill announced on Friday.

The Home Secretary will be able to suspend visas entirely, impose a £190 surcharge on applications to come to the UK or increase visa processing times.

The powers will affect the whole visa service, including study, work, visitor and settlement visas.

The aim is to encourage other countries to cooperate with the UK Government when it comes to deportations and removals.

Ms Patel said: ‘The UK has a proud history of being open to the world but we rightly expect our international partners to work with us to remove those who have no right to be in the UK, such as dangerous foreign national offenders. 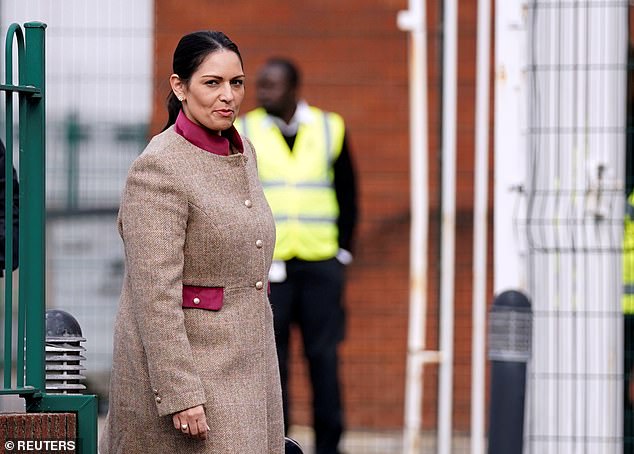 Priti Patel will be granted powers to impose visa penalties on countries that do not cooperate on deportations, under new reforms in the Nationality and Borders Bill announced on Friday

‘It is unfair on UK citizens and taxpayers that pressure is put on our public services by foreign nationals with no legal right to be here.

‘Through my New Plan for Immigration, and this landmark legislation, I will continue to take the difficult action needed to fix our broken asylum system and deliver on what the British people want – full control of our borders.’

Foreign criminals will also be able to be removed sooner.

Under changes to the Early Removal Scheme, foreign national criminals will be eligible for removal up to 12 months before the end of their custodial sentence, as opposed to nine months. This is assuming they’ve served over half a custodial sentence.

Minister for justice and tackling illegal migration, Tom Pursglove, said the the New Plan for Immigration provides the only long-term solution to fix our ‘broken asylum system’.

He added: ‘We are taking another step forward in delivering on this commitment as our Nationality and Borders Bill continues its passage through Parliament.

‘We are ensuring our system is fair for those who play by the rules, but firm on foreign criminals and those in our country illegally.

‘We have brought forward the most significant reforms to the immigration and asylum system in decades.

‘This is what the British people have consistently demanded. Strengthening the Bill through these amendments will ensure that we continue to deliver for them.’

The US also requests that foreign governments take appropriate steps when it comes to deportations and removals.

Any lack of cooperation from the nation of origin would in many cases result in visa sanctions, which can vary in severity.

At the beginning of the month, the EU temporarily suspended the application of certain provisions in the visa code to nationals from The Gambia.

The decision was taken due to the country’s lack of cooperation on readmission of third-country nationals illegally staying in the EU.

Some of the other amendments tabled by the Government include expanding the types of claims that can be dealt with in an accelerated appeal from detention, so that more cases can be resolved while the person is in detention rather than them being released into the community. This includes foreign national offenders.

Over the coming week, the Government is also expected to introduce a robust approach to age assessment to better identify asylum-seeking children and stop adults accessing children’s services and legislation to establish an Electronic Travel Authorisation (ETA) Scheme.

Once introduced, carriers will have to check that all passengers (except British and Irish citizens) have a digital authorisation or some other form of permission before they can travel to the UK. 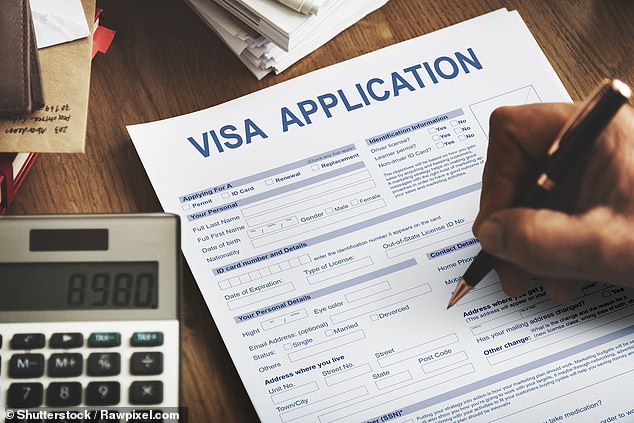 Britain’s asylum system has not worked as it should, insists Justice Minister TOM PURSGLOVE

By Tom Pursglove, Minister for Justice and Tackling Illegal Migration

For too long, this country’s asylum system has not worked as it should.

It has been open to abuse and illegal entry, with those who comply with the rules or are most desperately in need of sanctuary suffering as a result.

The British people are simply not prepared to accept this. And neither are we.

That is why the Government is taking decisive action.

It is why the Home Secretary has made it a priority to put in place a fair but firm approach that restores public confidence in our ability to control the UK’s borders.

The UK has a proud history of being open to the world, and we are continuing in that tradition.

We will also continue to resettle the most vulnerable and in need from around the world – including via the Afghan Citizen Resettlement Scheme, which will welcome 5,000 Afghans in the first year and 20,000 over the coming years.

Our Nationality and Borders Bill is part of our New Plan for Immigration, and is absolutely vital to our efforts to crack down on perilous Channel crossings and the criminal gangs that facilitate them.

And when foreign nationals have no legal right to be here, or have broken our laws, it will help ensure we can remove them from this country more quickly.

We are now making amendments to the Bill to make sure we have the powers we need to make this happen.

Foreign national criminals will be eligible for removal from the UK up to 12 months before the end of their custodial sentence, as opposed to nine months under changes to the Early Removal Scheme.

This will enable us to remove foreign criminals from the UK sooner than is currently possible.

We will also take a tougher stance on countries that refuse to take back citizens with no right to be in the UK.

Where other nations do not co-operate with deportations and returns, the Home Secretary will have the power to slow down visa processing times, suspend visas entirely or impose a £190 surcharge on visa applications to come to the UK.

Fixing the immigration system is no small task. There are no quick fixes.

But this is a challenge we are confronting head on.

It is a clear priority for the Home Secretary, for me and for the Government, and we will do everything in our power to deliver real and lasting change.