It had only been two months since Bharat Vasan had taken over the role of CEO at Pax when I spoke to him in early April, yet the tech industry veteran had a plan for how to take the vaporizer company — and its newest products in the cannabis concentrate arena — to the next level. To Vasan, the task before him has three main components: upholding the legacy of high-quality product that the Pax name has become synonymous with, educating the public about the process behind the products and the stories that brought them to life, and ensuring that as a responsible, adult-use brand they’re part of the larger conversation unfolding across the country on the subject of marijuana and its uses.

“We want to be part of the much larger public policy debate that’s unfolding between states and the federal government around what makes sense for the country overall,” he explained. “Responsible, long-term brands help inform that dialogue, and ultimately help build those standards into different products amid what has become a very messy space.”

For an example of this type of innovation and standard-setting, look no further than Pax’s Era device. There’s nothing quite like it on the market; though it was launched in 2016, the company continues to innovate around their owned-and-operated pod system, setting their own standards in accordance with policy changes across the nation. The latest iteration of the Era comes in the form of a collaboration with electronic duo Thievery Corporation, who partnered with the company to launch a limited-edition device and concentrate that’s thematically linked to their hit single “Lebanese Blonde.” 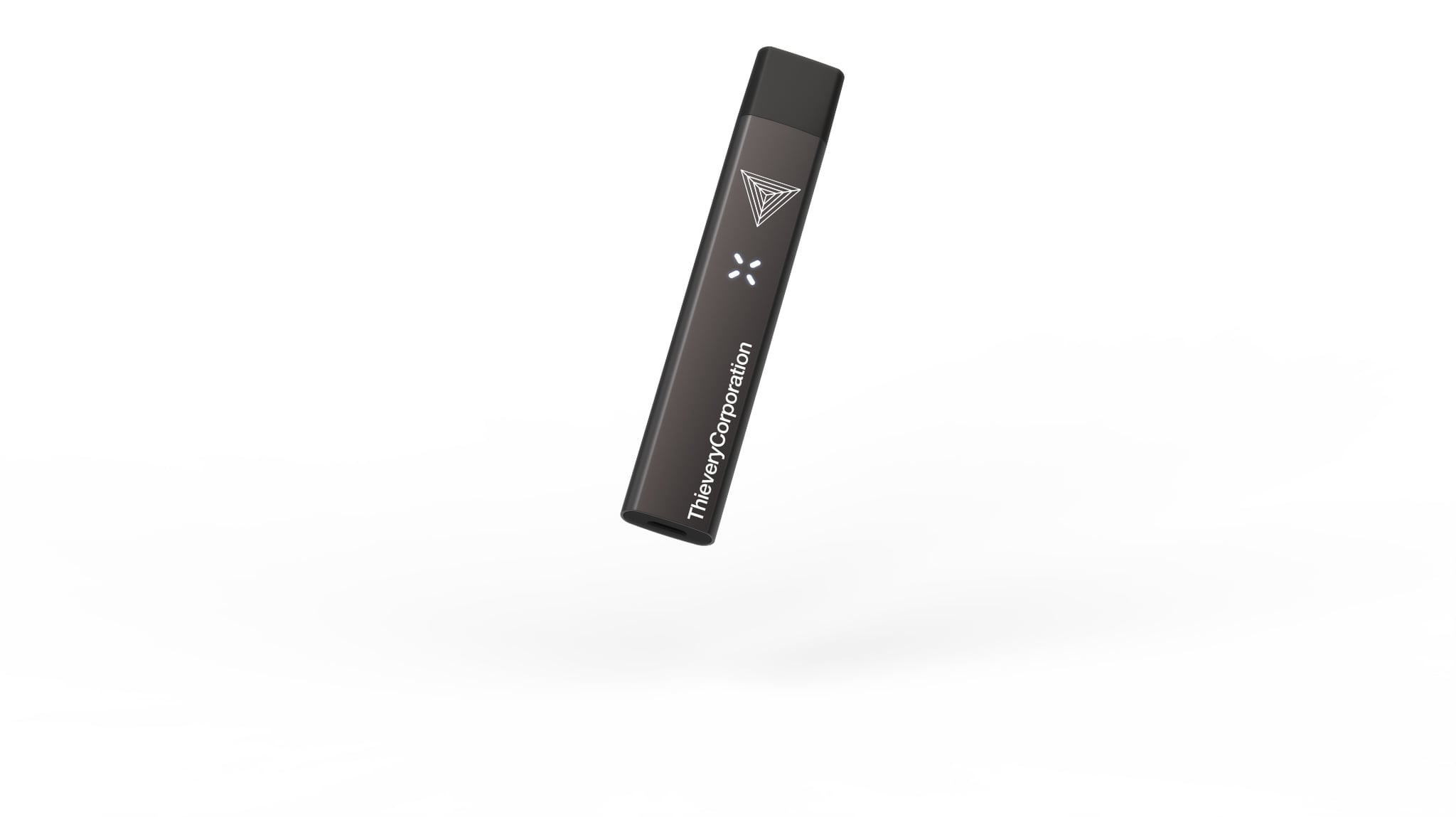 But to understand the origins of this project, first, it’s important to understand a bit more about the Era itself. J.J. O’Brien, the VP and General Manager of Pax Era, walked me through exactly what it means and why it’s such an important, precedent-setting device.

“It’s the only temperature controlled vaporizer on the market,” he explained of the device itself. “The ability to control temperature allows for a really robust herbing preservation, giving you a much more holistic high, a much more holistic experience, that truly does help consumers get the most amount of benefits from the plant. As the market has evolved away from purely using flower, being able to preserve as much of those terpenes and cannabinoids in the plant as possible, outside of just the THC, enables a much better overall experience — and that’s really the key to Era.”

Here’s the thing, though: Era isn’t just a proprietary vaporizer, it’s a proprietary ecosystem. the device is only half of the product, and it can only be used with the other half — the Pax cannabis “pods.” Instead of using a generic stick or vape with a cartridge, both things are branded Pax products — and that enables them to not only control the user experience but the quality of the product as well. 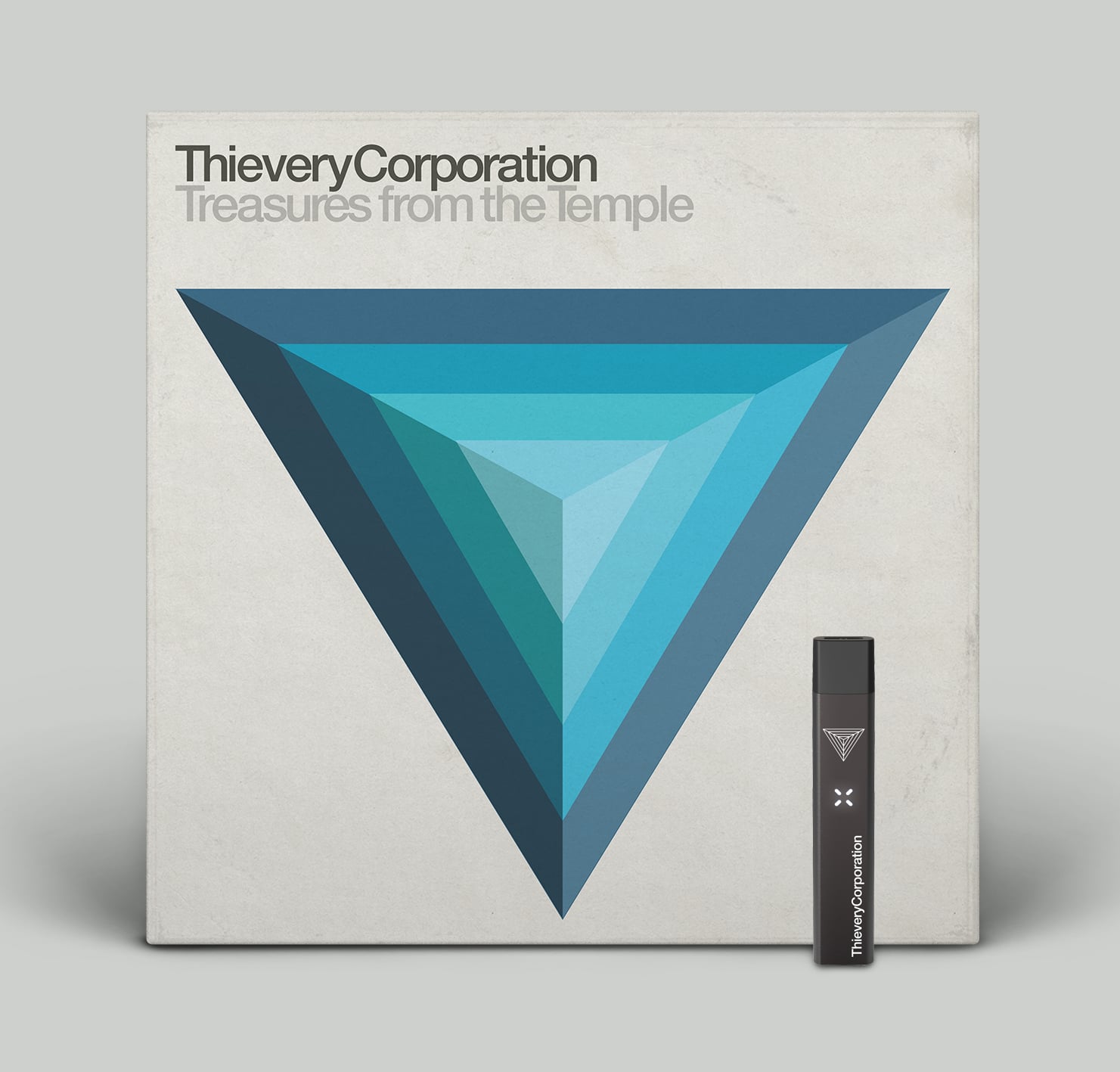 “Our pods are really what makes the platform unique,” O’Brien told me. “That’s really where a lot of the magic sauce is. With our Blue River partnership — it’s really a partnership at the peak of the extraction ecosystem — we’re really doing some first-to-market stuff with how we’re formulating down the actual cannabis products optimized for our pods.”

So, back to the partnership with Thievery Corporation: launching on April 20, the “Lebanese Blonde” device has been specifically engineered around an experience and a moment in time that the brand feels is resonant for its core base. The song is widely known as one of the breakout tracks from the much-loved Garden State soundtrack, a few bars of which is guaranteed to take a large chunk of their user base back in time to the early ’00s. And to make sure to live up to that legacy, Blue River created a strain that O’Brien says is as true to historical Lebanese hash-making as possible.

In line with the politics-savvy brand positioning, the new device is only available in California, though the company hopes they’ll have the chance to expand and make this a country-wide brand as legalization sweeps across the nation. Because ultimately, the type of experience that Pax is creating speaks to a large swath of the population, capitalizing on the brand identity that Pax has developed over the last few years, one that has made it an industry-leader. And this first partnership with Thievery Corporation, O’Brien and Vasan say, is a love letter to the users who have brought them where they are today.

“It speaks to the aspects of that song, and really tells the story of our users — of what people like to do when they’re using our products,” O’Brien noted. “That’s what it’s all about: what are those stories? What are those past experiences that you had listening to this song? Whether or not you were consuming or not at that time, it’s all about creating emotions around the experience of using our products, the various ways that people enjoy cannabis today.”