The widow of PC Andrew Harper says Home Secretary Priti Patel and Justice Secretary Robert Buckland are ‘really on board,’ with her campaign for tougher sentences for cop killers.

Following a meeting at the Home Office today, Lissie Harper said the Cabinet ministers ‘offered their support and said they’re going to back us’.

Mrs Harper is campaigning for a new law meaning those who kill emergency workers due to a criminal act are jailed for life, after the three teenagers responsible for her 28-year-old husband’s death were handed determinate prison sentences for manslaughter.

Mrs Harper, 29, said: ‘They (Ms Patel and Mr Buckland) are really on board with what we’re trying to do and creating this positive change, they have offered their support and said they’re going to back us.

‘Creating new legislation is going to be complicated and I am under no illusions that there is a process – but I am totally determined.’ 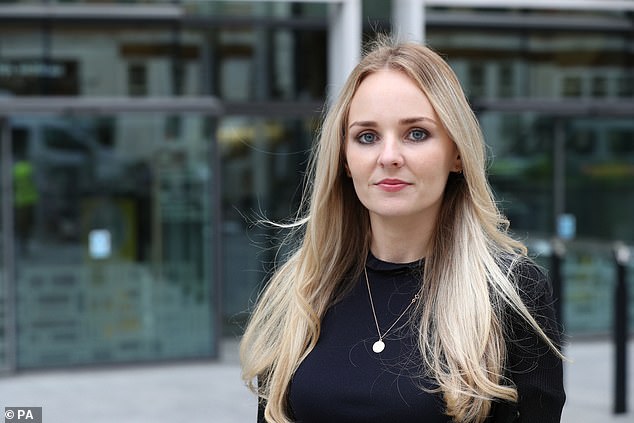 Speaking outside the Home Office today, Lissie Harper said Priti Patel and Robert Buckland were ‘really on board’ with her campaign for Harper’s law

She said she would seek cross-party support from MPs in the coming days.

She added: ‘The Justice Secretary is going to go away and look at it, he seems really interested in our ideas, so I am feeling really encouraged by that next step.

‘I was pleasantly surprised at how supportive they are being, this is what we need to see. I’m really impressed that they see this as important as we do.’

Mrs Harper said Government civil servants will now work with the Harper’s Law team on the details of the plans with a view to trying to achieve their goal.

It came as a petition backing the ‘vital and urgent’ law change reached more than 650,000 signatures. 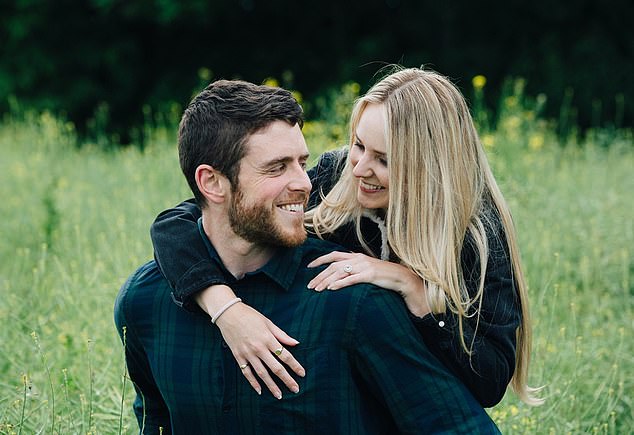 In a joint statement, Ms Patel and Mr Buckland said: ‘Pc Andrew Harper was a hero whose loss has been felt across the country – but mostly by his wife, family and friends.

‘We were pleased to sit down with Lissie today. She is extraordinarily courageous and her dedication to honouring her husband’s memory is commendable.’

A Government spokesman declined to elaborate on whether that meant they backed a new law, as opposed to just offering support to the campaign.

Under current law in England and Wales, those convicted of murder are routinely handed life sentences with a minimum term of imprisonment.

Mrs Harper also wants life sentences to be applied in cases where someone is convicted of killing an emergency services worker, regardless of whether they intended to cause a death.

Andrew Harper had been married for just four weeks when he was caught in a tow strap attached to a getaway car and dragged to his death as he and a Thames Valley Police colleague responded to a late-night burglary in Sulhamstead, Berkshire, in August last year. 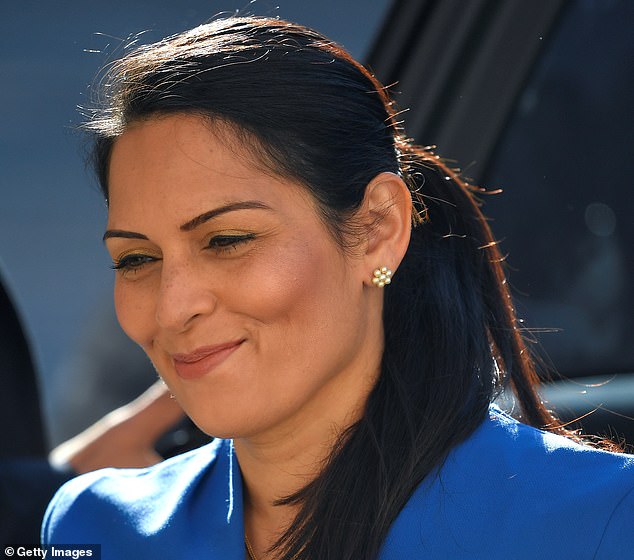 Two of Pc Harper’s killers – 18-year-olds Albert Bowers and Jessie Cole – have lodged applications with the Court of Appeal seeking permission to challenge their manslaughter convictions and their 13-year prison sentences.

They were jailed alongside getaway driver Henry Long, 19, who was handed a 16-year sentence, also for manslaughter.

Attorney General Suella Braverman has also referred the jail terms to the Court of Appeal to consider whether the sentences were unduly lenient.

Mrs Harper, who was supported at Wednesday’s meeting by the Police Federation, said: ‘I wanted to sit down with the Home Secretary and describe to her how it feels to look the people responsible for my husband’s death in the eye, knowing that they show no remorse for their actions and knowing that they will be released into the world once more to return to their lives of crime. 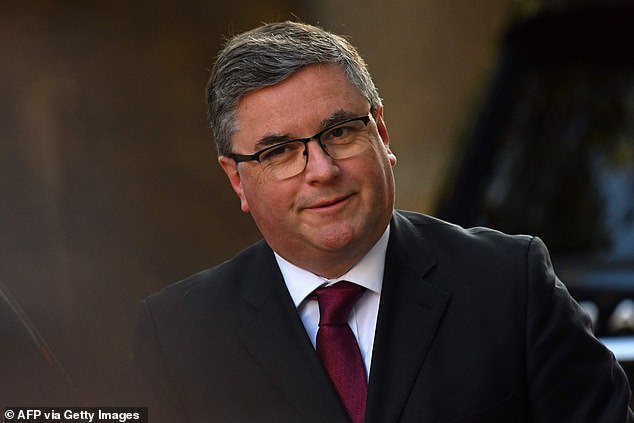 ‘I told Ms Patel and Mr Buckland in no uncertain terms my widely held view that the justice system is broken, and that we need Harper’s Law to help fix it.

‘The least we can expect from our justice system is that it ensures criminals who kill those emergency services workers protecting us are given appropriate and substantial prison sentences.’

She added: ‘Being here at the Home Office and meeting with key members of the Government is a great accomplishment for the campaign. But this is not the end of the road.’