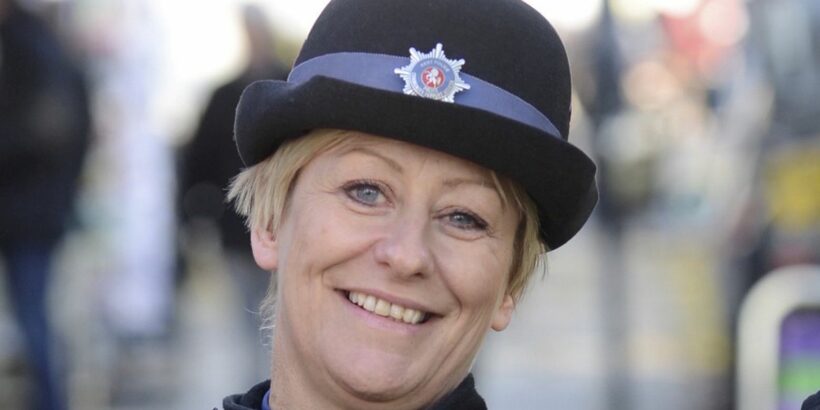 The PCSO thought to have been murdered was reportedly out walking her dog before her tragic death – who then stayed with the body.

Police officers are now treating the 53-year-old’s death as murder, but no arrests yet been made.

Ms James lived in the tiny nearby hamlet with her husband, and the death has shocked the community.

She was reportedly working from home and walking her white Jack Russell mongrel when she died.

Neighbour Sean Simmonds, 57, said: "The police have been doing door to door knocks. They told us the dog stayed with her.

“They found the dog with her. That’s what the police said.”

He added: “Her daughter was a police officer too. She talked about her job lots.

“She was always in a good mood, smiling. She didn’t seem to be under any stress."

Officers were called shortly after 4pm on Tuesday to Akholt Wood in the Aylesham Road area, where Ms James' body was found.

The death was originally viewed as "suspicious" but Kent Police later confirmed that it was being treated as murder.

Police are still urging anyone with information to come forward as they investigate the death of their colleague.

He said: "It saddens me to confirm that the victim was a serving PCSO for Kent Police and whilst there is a full and thorough investigation under way, our thoughts also remain with her family, friends and colleagues."

He added it was "vitally important" that anyone who was in the area on Monday and Tuesday, who may have seen something suspicious, comes forward.

"We're particularly keen to speak to those who regularly visit the area who may have seen something out of place and those who drove by who have dashcam footage.

"We would advise people in the area to remain vigilant until the full circumstances of the death are established."

Anyone with video footage can submit it online at https://mipp.police.uk/operation/4601020121F07-PO1