PE teacher, 31, who had sexual relationship with female school apprentice and kissed others is banned from the classroom 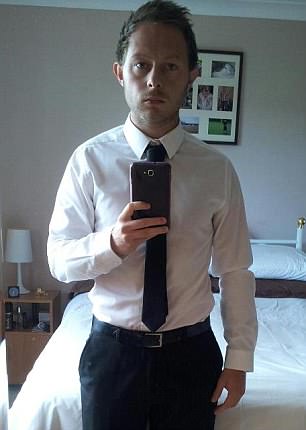 Stuart Alston, 31, lied about his background as a PE teacher to find employment at Harwich and Dovercourt High School in Essex in 2016

A PE teacher who had a sexual relationship with a young school apprentice has been banned from the profession for life.

Stuart Alston, 31, engaged in a sexual relationship with the girl while teaching at Harwich and Dovercourt High School in Essex, in 2016.

When confronted by staff members, Alston, from Sudbury, Sussex, lied to his colleagues, denying any involvement with the apprentice.

But a professional conduct panel of the Teaching Regulation Agency held on May 18 found Alston a serial abuser of his position.

In an agreed statement of facts, Alston admitted to the sexual activity with the apprentice, and to exaggerating his qualifications in order to get the job – telling the Essex school he had been a PE teacher previously, when actually he had been support staff.

The panel also heard he had engaged in inappropriate activity with a number of pupils at his previous role at Sudbury Upper School in 2011.

Alston confessed to sexual contact with a pupil at Sudbury, a romantic relationship with a separate former pupil, and to kissing one other ex student of his.

And, in his application for St Paul’s Academy in London – his most recent job before Harwich and Dovercourt – he failed to declare he had been subject to a child protection concern.

The hearing outcome, published June 7, went on to state that Alston had ‘repeatedly abused’ his position of trust in pursuing the relationships with young pupils and former pupils. 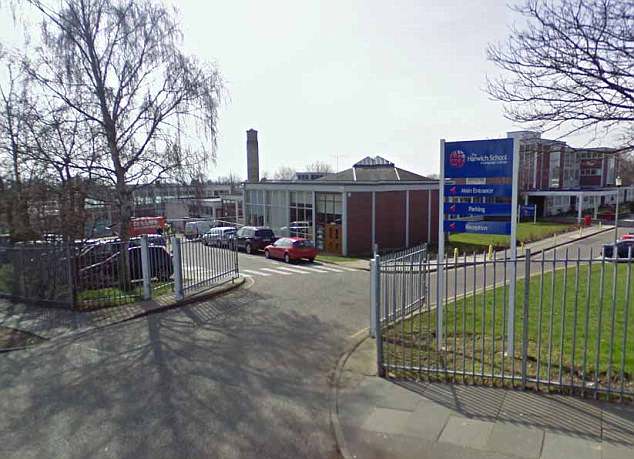 Alston, from Sudbury in Suffolk, was found to have exaggerated his experience in his job application, telling the Essex school (pictured) he had been a PE teacher in the past when in actual fact he’d been a teaching assistant

Alston, who did not attend the hearing but did agree a statement of facts beforehand, was banned from teaching for life for unacceptable professional conduct and bringing the profession into disrepute.

The report concluded: ‘Having found the facts of the allegations proven, we [the panel] find Mr Alston’s conduct amounts to both unacceptable professional conduct and conduct that may bring the profession into disrepute.

‘Mr Alston fell significantly short of the standards expected of the profession. The panel found the teacher’s actions to be calculated and motivated.’