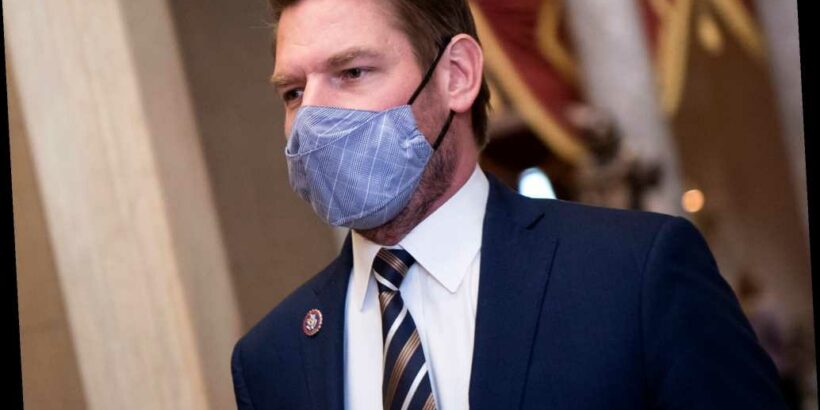 Rep. McCarthy says Swalwell should be off Intel committee over China spy link

WASHINGTON — Democratic Rep. Eric Swalwell is joining the House Committee on Homeland Security one month after it was revealed he was targeted by a suspected Chinese spy.

The California lawmaker — who was revealed to have been duped by a Chinese honey-trap spy who cozied to him and other pols in a bid to infiltrate the US political system — announced his appointment back onto the sensitive post in a tweet on Friday afternoon.

“My committee memberships — along with my experience as a prosecutor and as the son and brother of law enforcement officers — will give me a unique opportunity to delve into one of America’s most serious national security threats,” Swalwell wrote.

Members of the committee are responsible for oversight of the US Department of Homeland Security and the nation’s security legislation.

Swalwell’s appointment to the Homeland panel follows a bombshell Axios report which revealed the father-of-two had a relationship with Christine Fang, an accused Chinese spy.

The 40-year-old congressman has refused to say whether he had sex with Fang.

House Speaker Nancy Pelosi stood by Swalwell, even as a growing number of Republicans called for the Bay Area Democrat to be yanked from the House Intelligence Committee, another panel he serves on, out of security concerns.

“In the election, the American people elected a Democratic House Majority that not only will ensure that our nation recovers from this historic pandemic and economic crisis, but will Build Back Better,” Pelosi said in a statement.

“As House Speaker, I am pleased to announce the appointments of these outstanding Members to key Committees, where they will be relentless in leading Democrats’ work to combat disparities in our economy and country and to advance justice and progress For The People.”

Just this week, Swalwell was also named by Pelosi as one of the managers of Trump’s second impeachment trial in an apparent snub to the GOP.