BRUSSELS (Reuters) – U.S. Defense Secretary Mark Esper is expected to focus on Turkey’s offensive into Syria and the fight against Islamic State when he meets NATO partners in Brussels this week, but he has limited options for both issues.

Since then, Trump has said he will keep a small number of troops in parts of northeastern Syria where there is oil. But Russian military police have also begun deploying on Syria’s border with Turkey under a deal with Ankara.

It is unclear what, if anything, NATO countries could collectively do to respond to Turkey’s incursion since Ankara has already moved into northeastern Syria, made a deal with Moscow on the way forward and shrugged off Western criticism.

European countries, dismayed by Trump’s unpredictable foreign policy, were caught by surprise by the U.S. decision and have themselves been looking for a response to Turkey.

However, Esper has in recent days said he still plans to press partners in the NATO trans-atlantic military alliance for a reaction, even though critics say Trump’s decision caused it.

“Turkey put us all in a very terrible situation. I think the incursion was unwarranted,” he told a think-tank in Brussels on Thursday before his NATO meetings.

He said fellow NATO member Turkey was heading in the wrong direction. “We see them spinning closer to Russia’s orbit than in the Western orbit and I think that is unfortunate,” said Esper, who was to meet his Turkish counterpart on Thursday.

But Pentagon criticism of Turkey in the past month has had little impact.

Even though some European countries have suspended weapons sales to Ankara, Rachel Rizzo, a fellow at the Center for a New American Security think-tank, said Esper had few options to pressure Turkey at NATO. “As far as NATO-level punishment, I don’t see really what is possible,” she said.

Trump’s initial decision to pull out of northeast Syria was seen in Europe as the latest sign of unreliability from his administration, Rizzo added.

“STEP UP AND DO MORE”

French President Emmanuel Macron on Friday decried NATO’s inability to react to Turkey’s “crazy” offensive and said it was time Europe stopped acting like a junior ally when it came to the Middle East.

Germany’s defense minister has told lawmakers she wants the U.N. Security Council to approve a safe zone in north Syria.

In his comments on Thursday, Esper said he had not taken a detailed look at the German proposal but was supportive, though Washington did not intend to contribute ground forces.

“It is something that we’ve been calling on our European partners to do for quite some time: it is to step up and do more,” Esper said.

The American exit from northeastern Syria has raised concern of a resurgence of Islamic State (IS) militants. 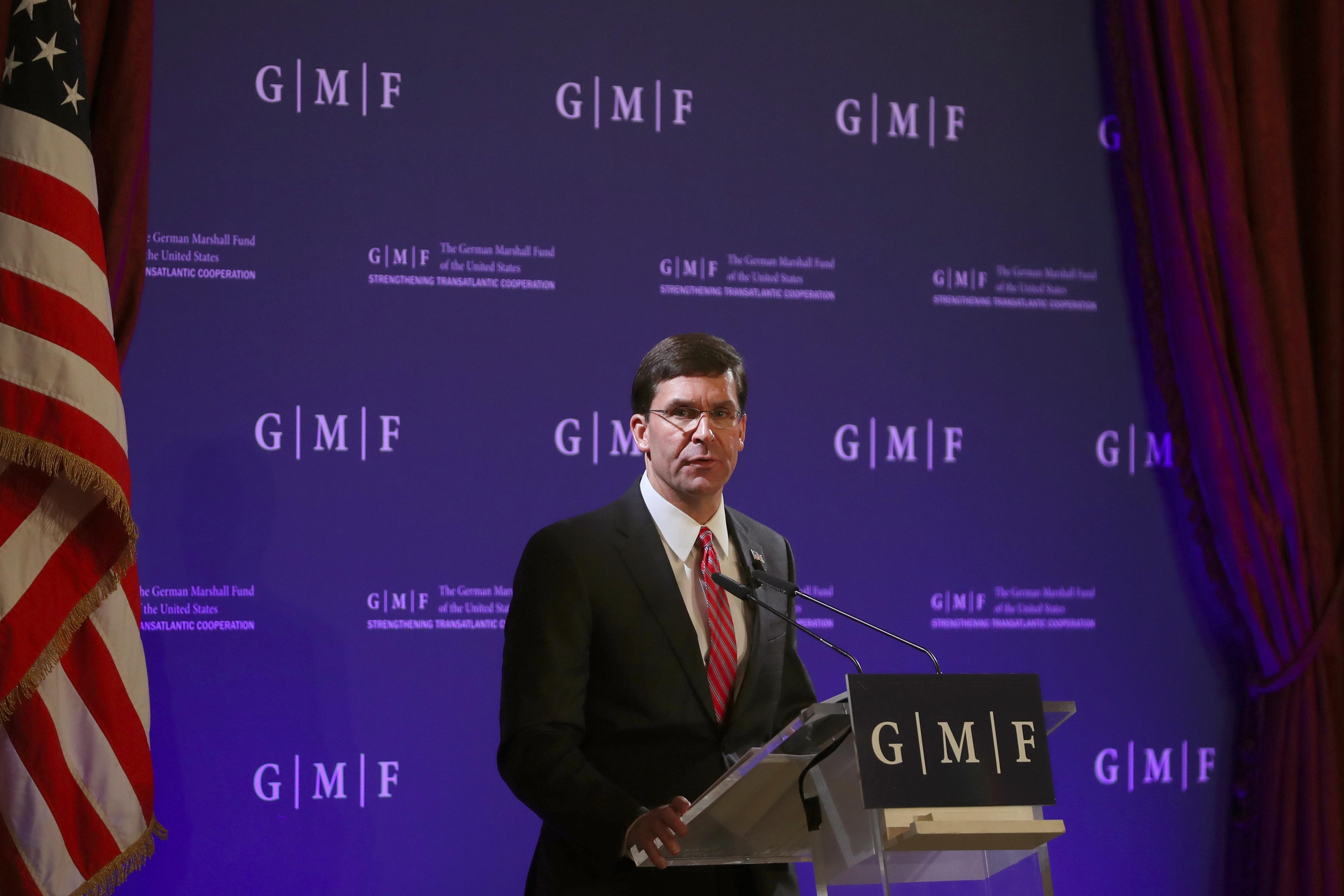 Esper is expected to meet with counterparts from Germany, France and Britain to discuss how the war on ISIS can continue, a senior U.S. defense official said.

Many U.S. lawmakers, both Democrats and Trump’s fellow Republicans, have expressed dismay over the withdrawal from Syria, exposing Kurdish forces who for years helped U.S. troops fight IS militants and took the brunt of casualties.

The fate of jihadists in Syrian Kurdish prisons is in the air. A senior Trump administration official said while most militant fighters remained under lock and key, it appeared that a small number had escaped.