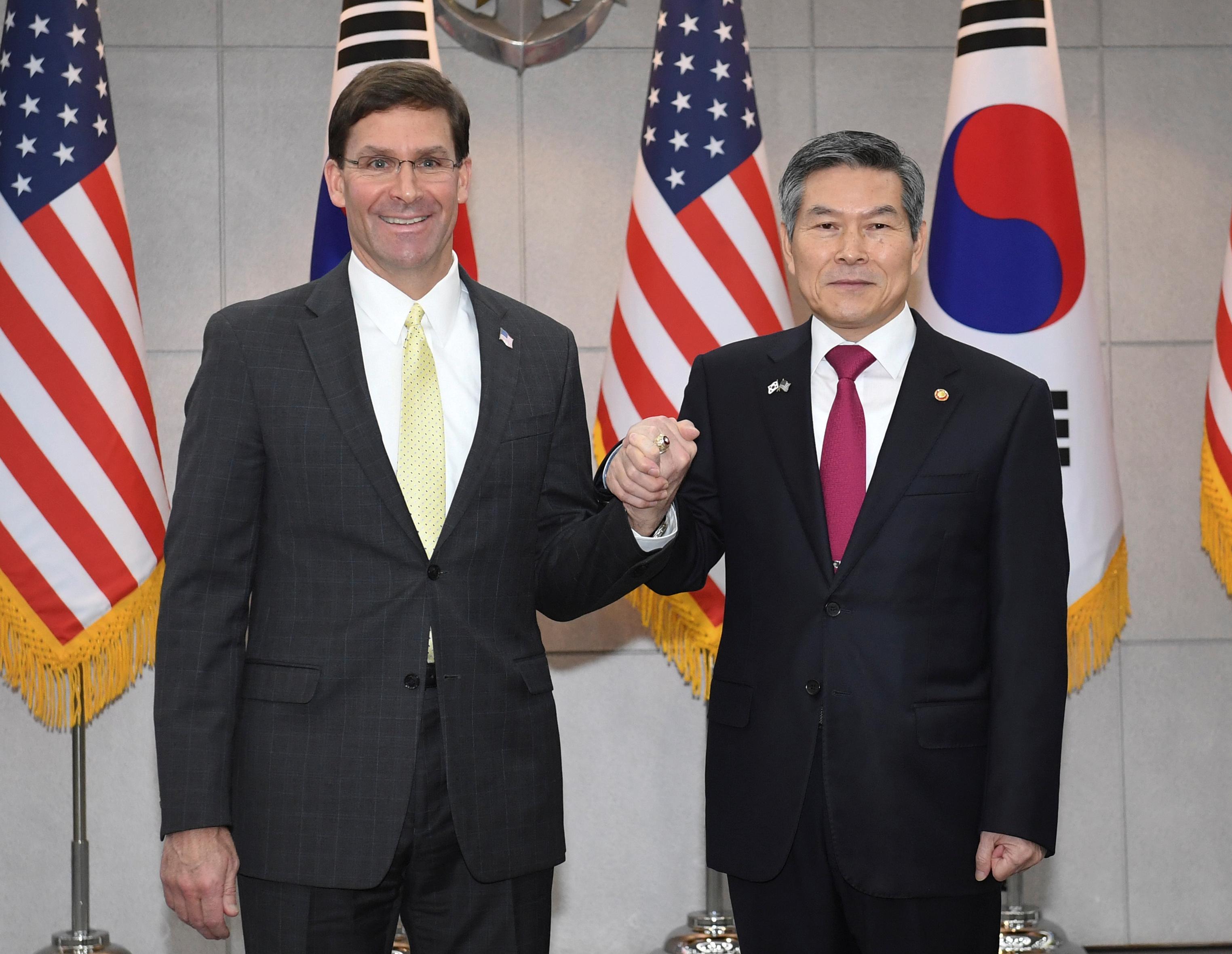 SEOUL (Reuters) – U.S. Secretary of Defense Mark Esper pressed South Korea on Friday to pay more for the cost of stationing U.S. troops in the country and to maintain an intelligence-sharing pact with its other Asian ally Japan that Seoul is about to let lapse.

South Korea “is a wealthy country and could and should pay more” for the deployment of U.S. military in the South, Esper told a briefing in Seoul after meeting Jeong.

Jeong said he and Esper shared the view that the cost-sharing pact now being negotiated should be fair and mutually agreeable, but it was unclear if they shared any sense of what a fair amount might be.

The United States and South Korea are scrambling to clinch an agreement in the coming weeks to cover next year’s costs of maintaining the 28,500-strong U.S. military presence in South Korea.

A South Korean lawmaker said last week that U.S. officials demanded up to $5 billion a year, more than five times what Seoul agreed to pay this year under a one-year deal.

U.S. President Donald Trump’s insistence Seoul take on a greater contribution as deterrence against North Korea has rattled South Korea. It could also set a precedent for upcoming U.S. negotiations on defense cost-sharing with other allies.

Jeong said he and Esper discussed personal views on South Korea’s decision to end an intelligence-sharing pact with Japan, called GSOMIA, and that both governments will put in realistic effort to narrow differences before the pact expires on November 23.