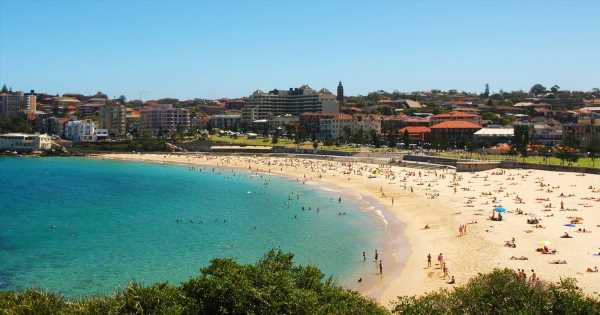 Swimmers have reportedly returned to the sea around Sydney just hours after a British man was mauled to death by a 15ft great white shark.

Scuba instructor Simon Nellist, 35, was killed in the horrifying attack yesterday (February 16) in the first fatal attack in the area for 59 years.

The shark attacked Simon while he was training for an open sea swim while horrified onlookers could only scream from the rocks.

The shark attacked Simon from below leaving him with "catastrophic injuries" with the coastguard not able to reach him in time.

As a result of the savage attack, Australian police closed the beach however remarkably some people have ignored warnings and returned to the water.

7 News reports that up to 40 swimmers were in the sea at nearby Coogee at 8am this morning before police asked them to leave.

Meanwhile, members of a golf club that overlooks Little Bay where the attack took place have said that it has always been dangerous to swim there due to the number of sharks that frequent it.

One member told Australian media that is far from uncommon to see sharks swimming just meters from the cliffs.

Another said that the area of cliffs where Simon was killed is known to be 'very dangerous' as it's not protected from the open ocean by the natural bay.

The shark responsible for the attack has not yet been found however the coastguard has erected shark drum lines along the coast and deployed units to patrol the seas.

Family and friends spoke of Simon's love for his bride-to-be Jessie Ho and also the ocean, where the dive instructor spent much of his time.

Simon's pal Della Ross said: "Everything that is connected to Simon, to me, is connected to the ocean. The news hit us like a truck, he is one of those people that really makes the world better."

Search crews found a wetsuit and human remains, with a recovery operation working with police carried out the next morning.

Michael Daley, the local MP, said: "This is just terrible and tragic, no matter where you've heard of this attack, you cannot help but be moved by it.

"This is a man who went for a swim on a beautiful afternoon on one of Sydney's most beautiful beaches, and he's not going home."