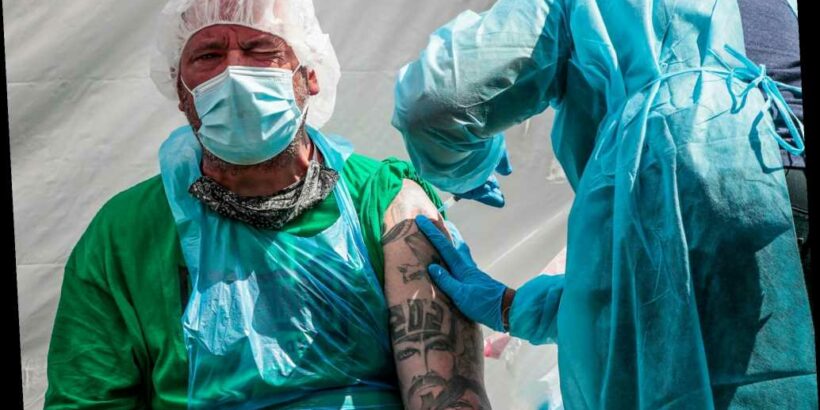 More people taking Moderna’s coronavirus vaccine reported side effects than those who got the Pfizer shot, according to a recent study.

Researchers analyzed reports from more than 3 million vax recipients collected via v-safe, a Centers for Disease Control and Prevention program that tracks reactions to the immunizations.

Nearly 70 percent said they had some kind of injection site reaction, like pain or swelling, and half reported general side effects like fatigue or chills, the study found.

“A greater percentage of participants who received the Moderna vaccine, compared with the Pfizer-BioNTech vaccine, reported reactogenicity; this pattern was more pronounced after the second dose,” the researchers noted.

Of those who got the Moderna shot, 73 percent said they had an injection site reaction, compared with 65 percent of people who got Pfizer’s vaccine, the study found.

Nearly 51 percent of Moderna recipients reported experiencing full-body symptoms, compared with 48 percent of those who got the Pfizer shot.

The reports came from more than 3.6 million people who got their first dose of a COVID-19 vaccine before Feb. 21 and completed at least one health survey on v-safe within seven days of getting jabbed.

The gap widened after the second dose, according to the reports from about 1.9 million people who completed those check-ins after receiving shot No. 2, the study said.

Close to 82 percent of people who got their second Moderna vaccine had injection site pain, compared to under 69 percent of those with Pfizer.

Overall, 74 percent of Moderna recipients said they experienced full-body symptoms, versus 64 percent of people who got the Pfizer vax.

Some 40 percent of people with Moderna specifically reported getting chills, compared with just 22 percent of Pfizer recipients.

“Data from millions of v-safe participants indicate that injection site pain is common after both the first and second doses of either mRNA-based vaccine,” the researchers noted.

The study was published Monday in the peer-reviewed medical journal JAMA.