Pervert, 44, who was caught on CCTV sexually assaulting an unconscious woman in a hostel room is jailed for four years

A man was caught on CCTV sexually assaulting a woman at a hostel after he locked the door and took advantage of her unconscious state,

Andrew Price, 44, abused his victim in the communal living room of the hostel in Cardiff.

Two witnesses who saw the woman before the attack described her as ‘intoxicated’ and ‘tired’.

The defendant arrived and sat on a sofa and was drinking. Shortly later he moved across to the sofa the victim was sitting on and pushed up against her.

Prosecutor Tim Evans told a sentencing hearing at Cardiff Crown Court on March 25 the victim was ‘barely moving’ and was either asleep or unconscious. At that point Price began touching her but there was still no response

The two witnesses left the room at which point Price began his assault. 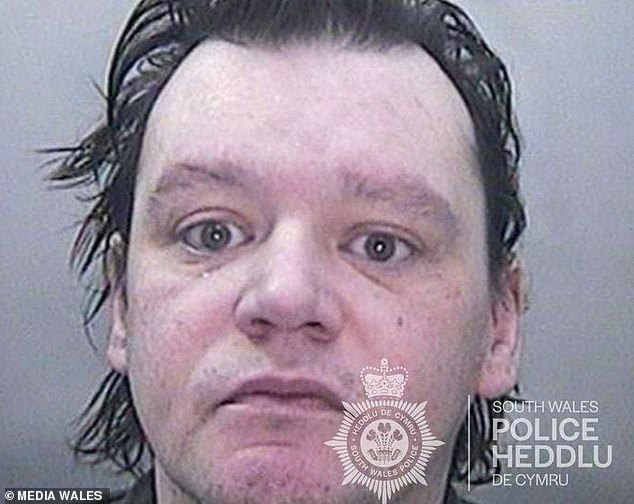 Andrew Price, 44, abused his victim in the communal living room of the hostel in Cardiff

The CCTV footage later showed Price getting up, closing the door and locking it. He then tried to switch off the television, sat down again and tapped the victim on the face to see if she was awake before continuing the attack.

At one point during the assault, the victim moved position and turned quickly before falling back into a state of unconsciousness.

When the victim later woke up, she tried to leave the room and discovered it was locked, before the defendant opened it for her.

Mr Evans said: ‘She had no idea what had happened to her.’ 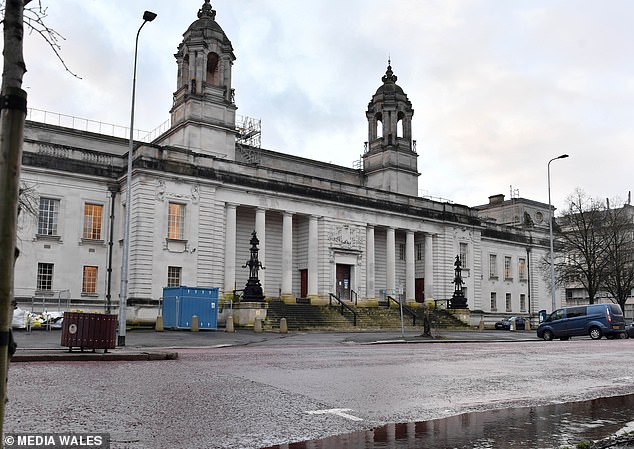 Price appeared at Cardiff Crown Court, where he was sentenced to four years imprisonment

The following morning, complaints were made about Price’s behaviour by the two witnesses and after the CCTV footage was reviewed the police were called and the defendant was arrested.

Price, who was said to have a serious drink problem, claimed he also had no recollection of the incident. The defendant later pleaded guilty to sexual assault.

In a victim personal statement read out to the court by Mr Evans, the victim said: ‘When I found this out I was gobsmacked. It’s disgusting, I can’t believe he’s done this to me. I’m glad he’s been arrested so he can’t do this to anyone else.

‘Why did he do this to me in a living room on camera, thank God it was captured on camera. If this wasn’t found out he might have done this to someone else.’

Defence barrister Susan Ferrier said her client was ‘thoroughly ashamed’ he had behaved in the way he did and could not remember the offence due to his own intoxication.

Ms Ferrier said Price had been alcohol dependent for years which had stood in the way of relationships and employment.

Price was sentenced to a total of four years imprisonment.