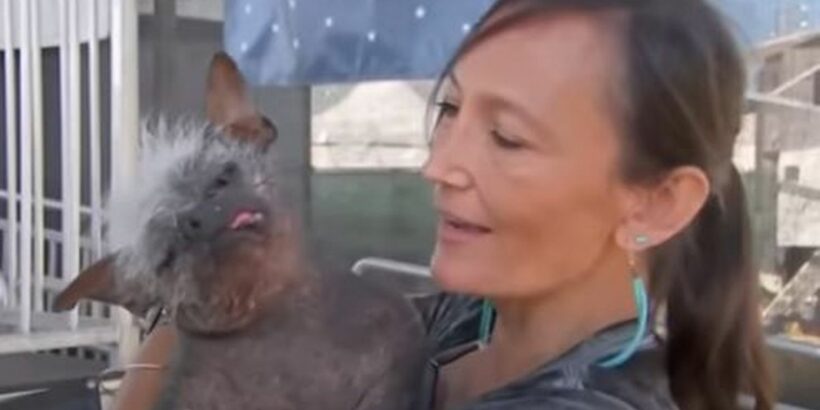 A pet pooch called Mr Happy Face has been officially crowned the 'The World's Ugliest Dog'.

In fact, the annual pageant was more hotly contested than ever this year after the 2020 and 2021 events were cancelled due to Covid.

Mr Happy Face's contest bio read: "I believe that this humble soul is also being an example, in subtle ways, to help humans realise that even old dogs need love and a family too."

Speaking to NBC, Janeda said: "This is his first competition and so he is a little overwhelmed. He's wondering whether there are any treats that are part of this!"

She explained that Mr Happy Face might not have long to live due to his old age and multiple health issues.

However, she fell in love with him the moment she set eyes on him.

"He was the happiest creature that I had ever met," she said.

"He hobbled up to me and chose me. I vowed that day, he would be so loved that he would never remember how awful his previous life had been."

The World's Ugliest Dog Contest is held annually at the Sonoma-Marin Fair and is aimed at promoting the adoption of less-aesthetically pleasing pets.

Another wrote: "I will say though, that all of these dogs aren't ugly, but little cuties. They're adorable", while a third added: "That dog is not ugly he is gorgeous!!!!!!!"