In the past three decades football has undergone a remarkable transformation into the multi-billion pound industry that it now is today.

But fans in the grounds have always been at the heart of the sport, as this fascinating series of photographs taken over the past 30 years by Stuart Roy Clark reveals.

His exhibition, ‘The Game’, is on display at the National Football Museum in Manchester for the next year, and features 58 images which are said to ‘sum up the changing face of the beautiful game’.

Mr Clarke, who decided to photograph the national game after the series of disasters which it faced in the 1980s including Heysel and Hillsborough, has had his works on show for the past 14 years across 86 venues.

He said: ‘I am in love with the game, the show, and all it is about – this exhibition will highlight the things I love about it. There are millions of pieces and stories to the game, more than the events which take place on the pitch.’

The photographer told how he started out his career with a box, Bronica camera and Kodak film – but has since taken millions of pictures of both professional clubs and non-league teams.

Tim Desmond, chief executive at the National Football Museum, said: ‘This milestone gives us a great chance to look back at the past 30 years of football and the faces and scenes that make the game what it is.

‘The evolving exhibition will showcase a number of different elements that elaborate on Stuart’s images throughout the year to truly encapsulate his football photographing career.’ 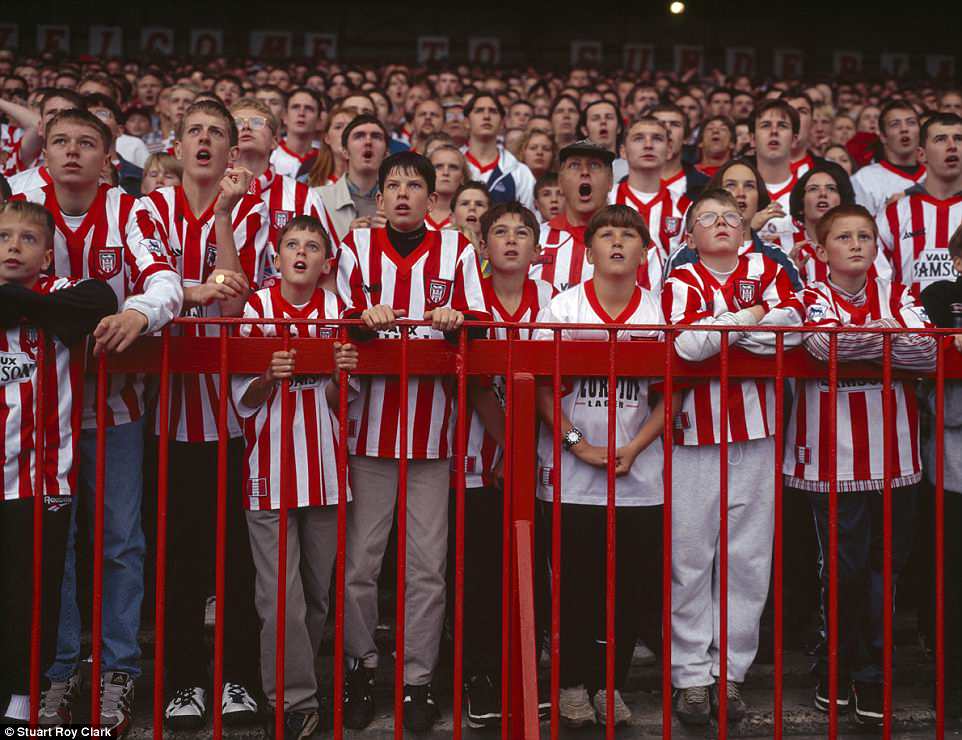 Sunderland fans watch open mouthed during the final match at Roker Park in 1997, before they moved to the Stadium of Light 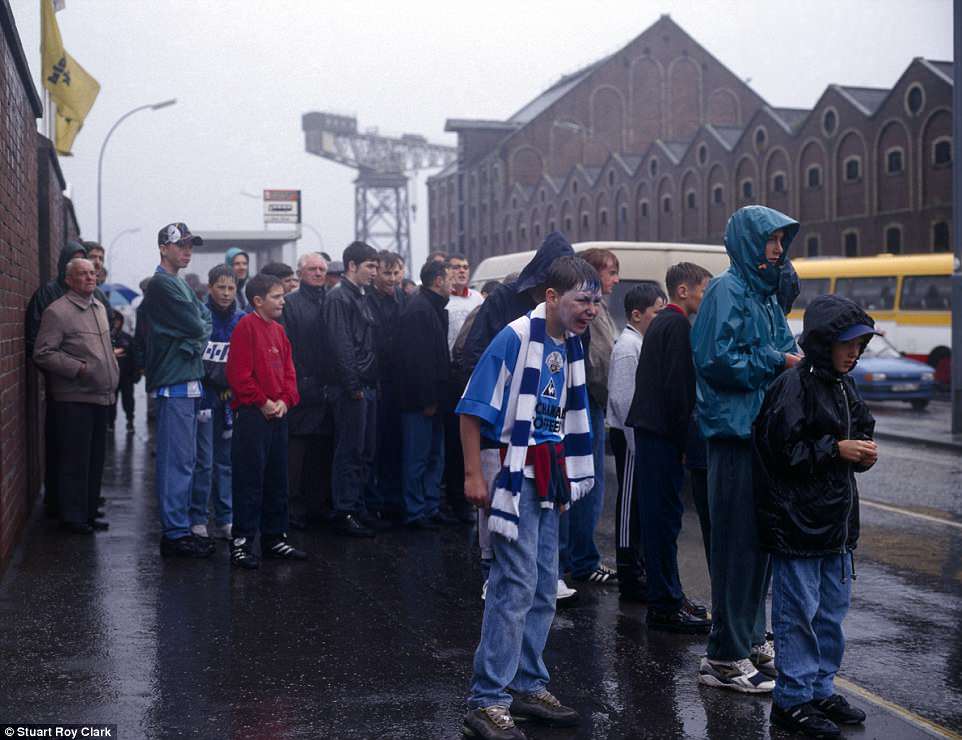 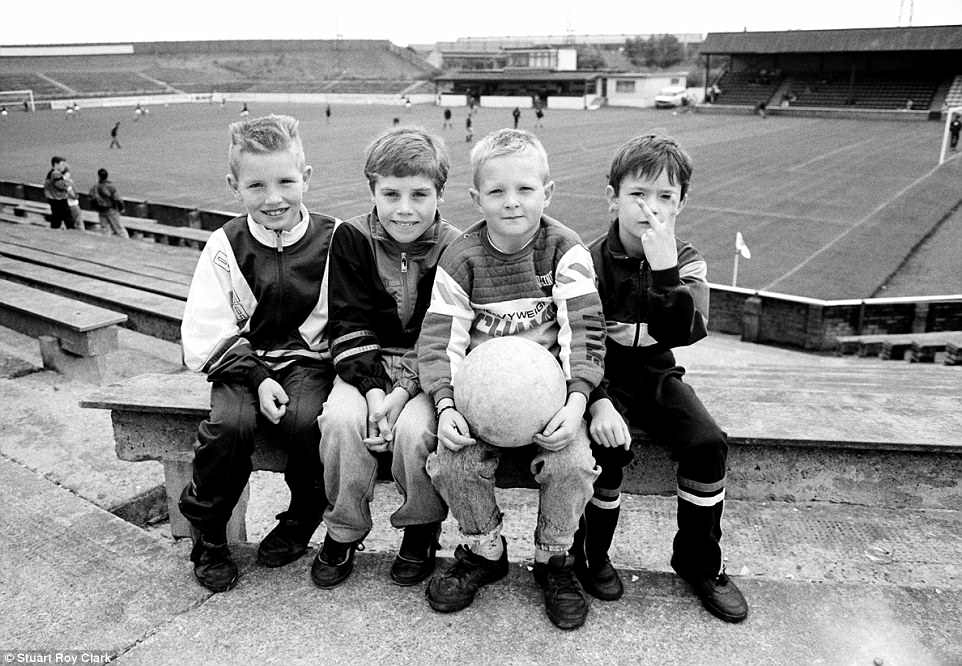 Four boys sit on a bench at a stand of Kilbowie Park, the ground of now-defunct Scottish club Clydebank, in 1989 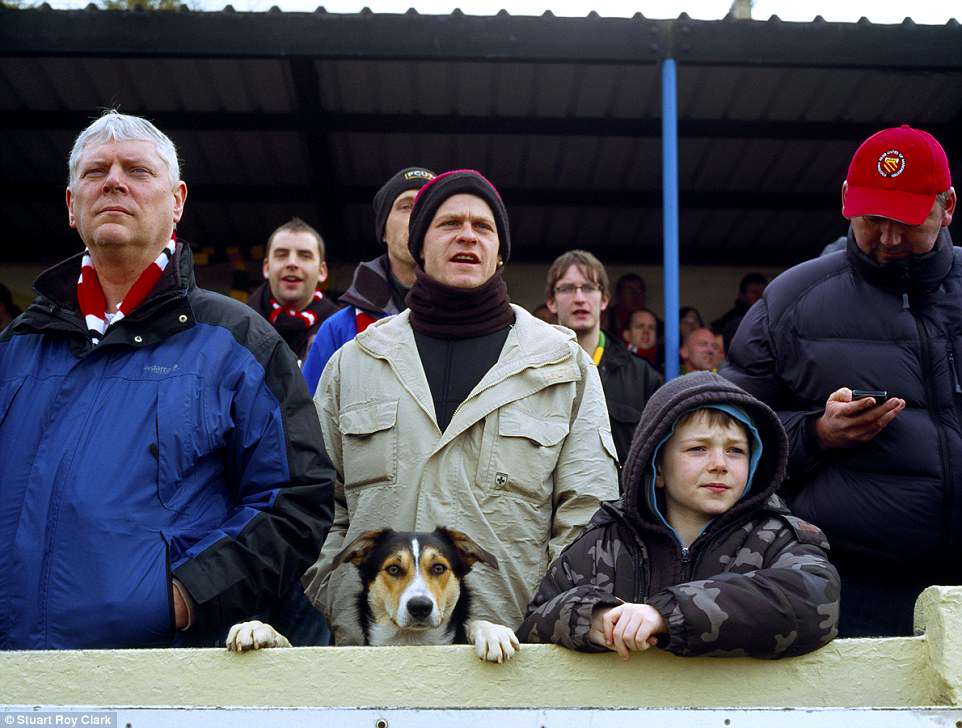 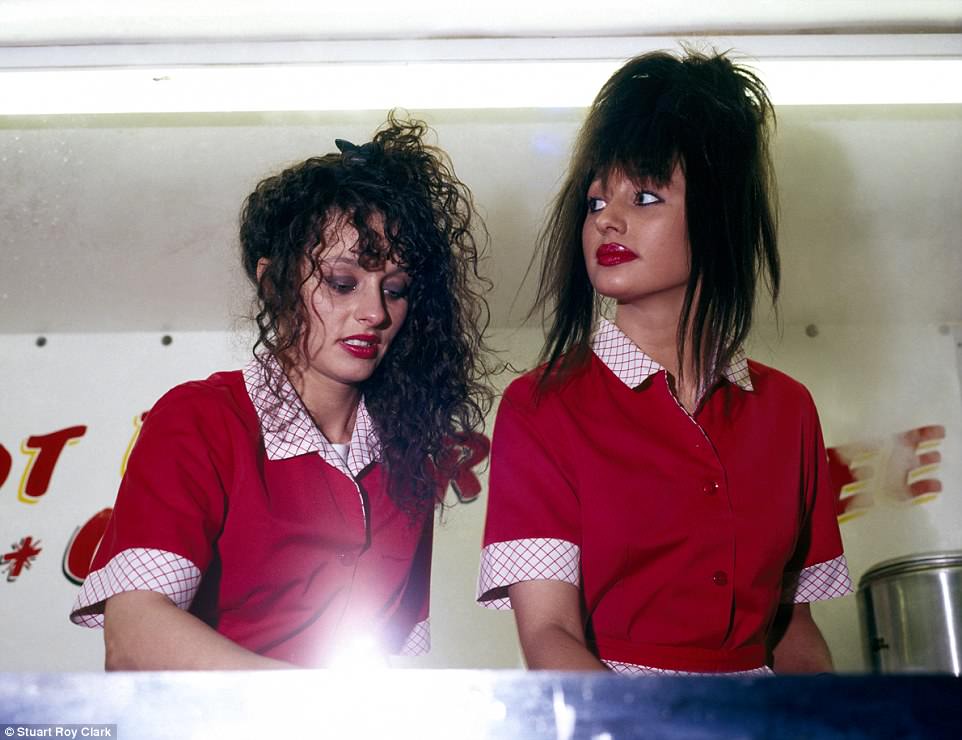 Two women serve tea and coffee to supporters at Tranmere Rovers in 1992 at Prenton Park, which was rebuilt three years later 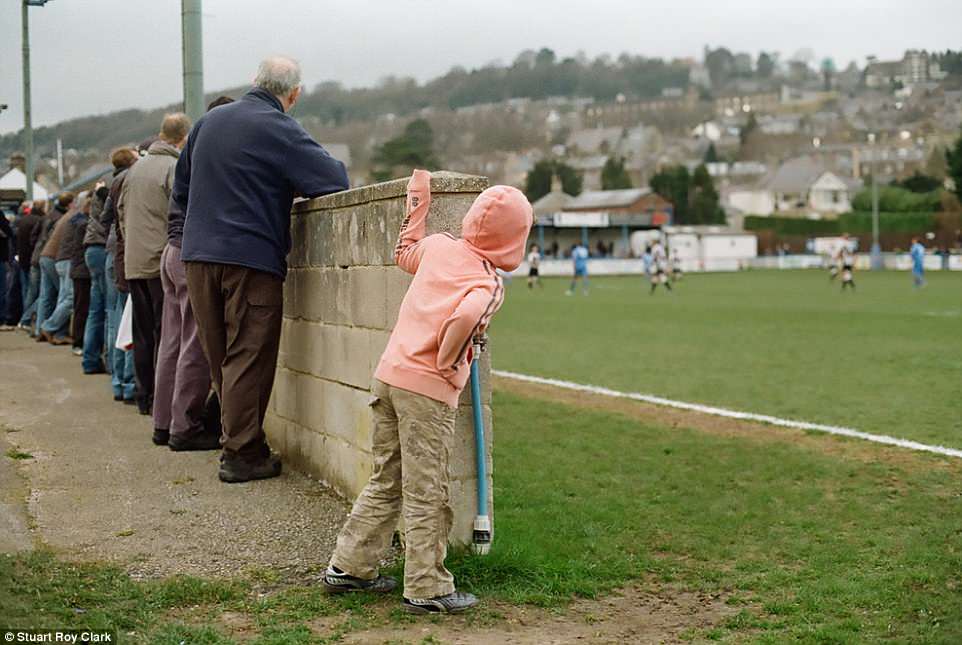 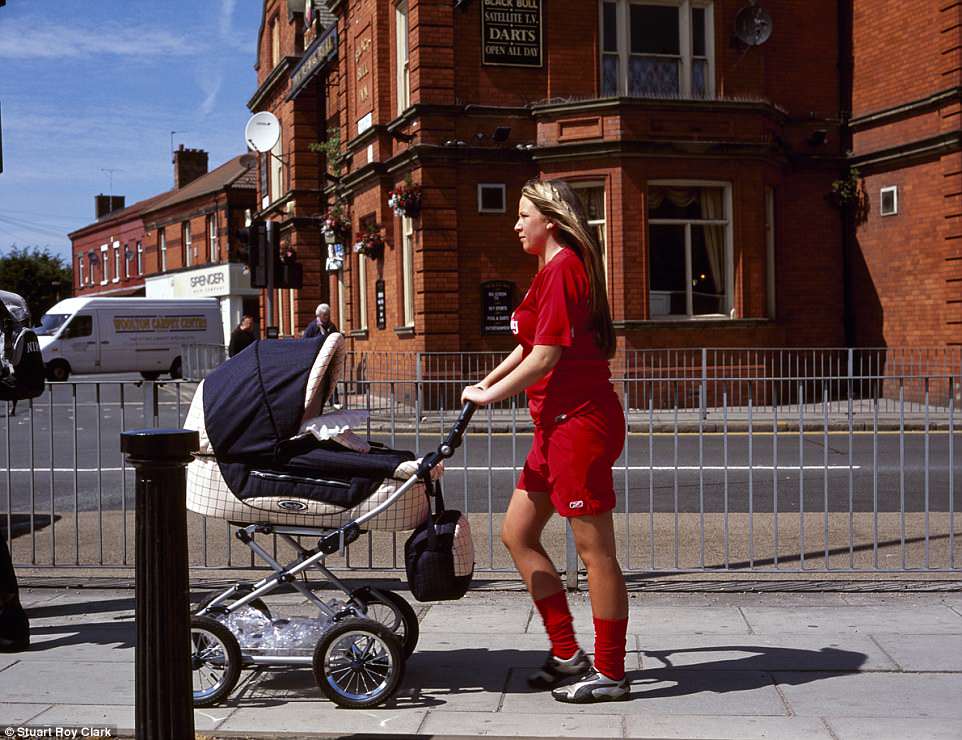 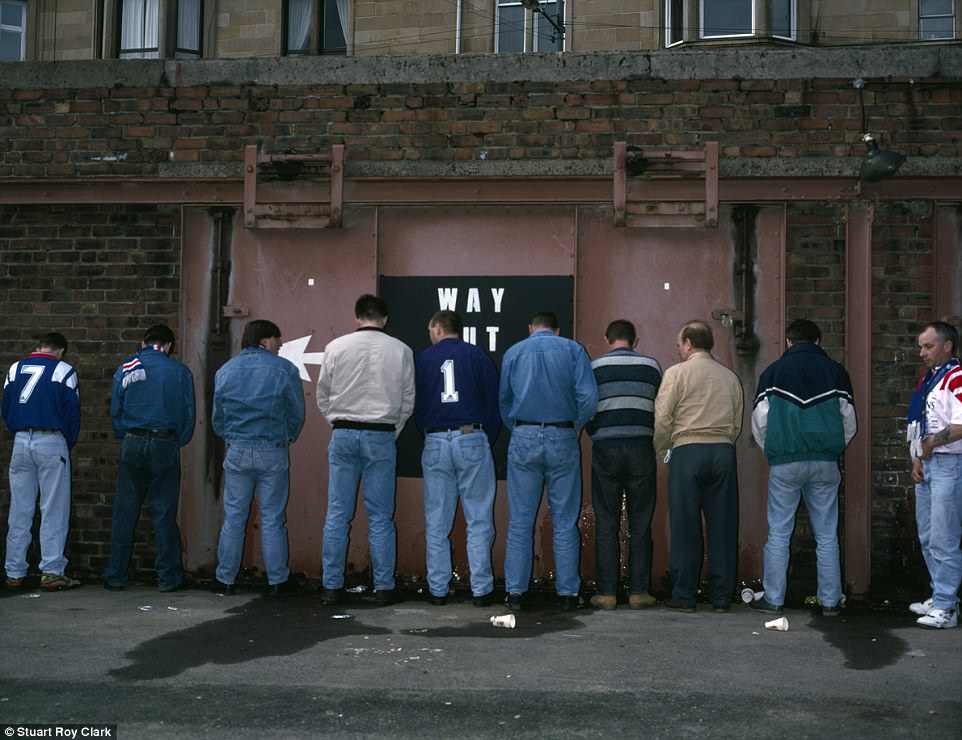 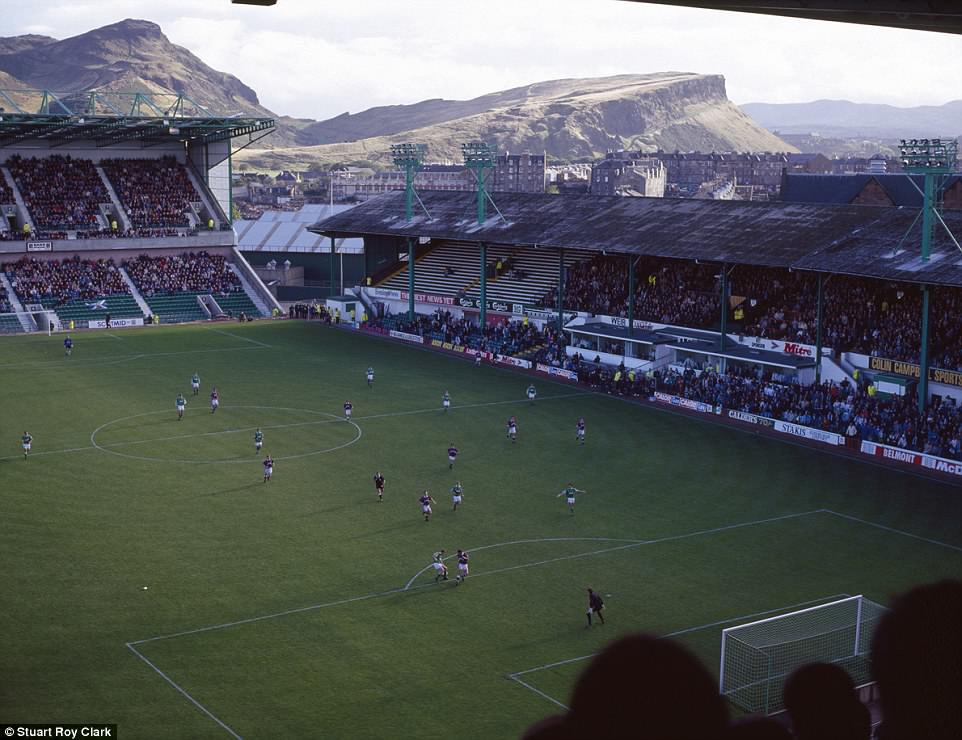 Hibernian take on Hearts at Easter Road in Edinburgh in 1995, with Arthur’s Seat (left) Salisbury Crags (right) visible at the rear 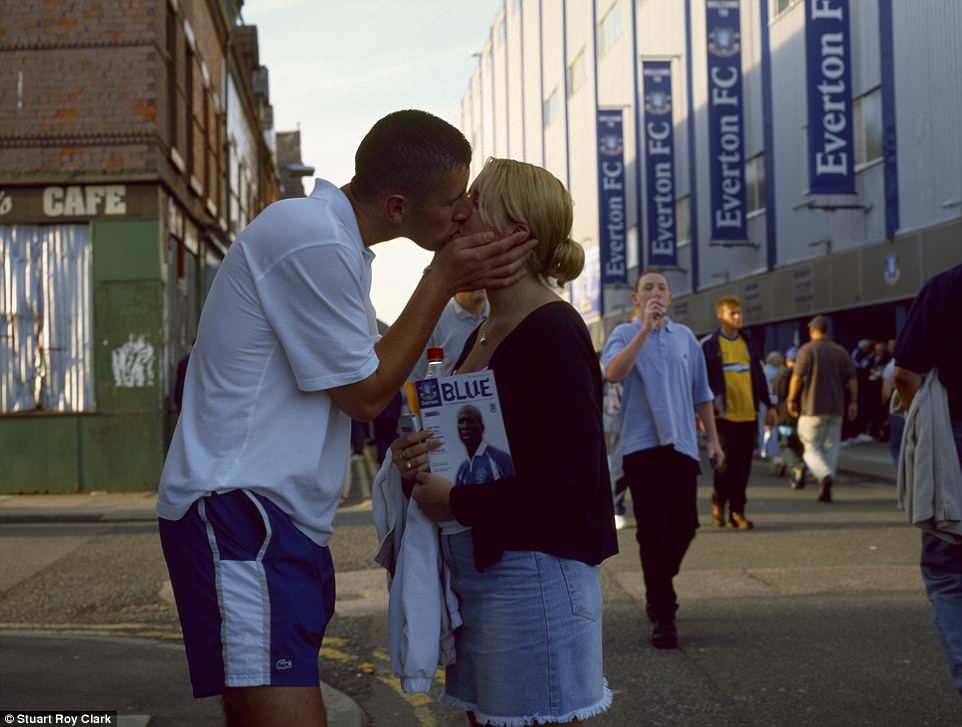 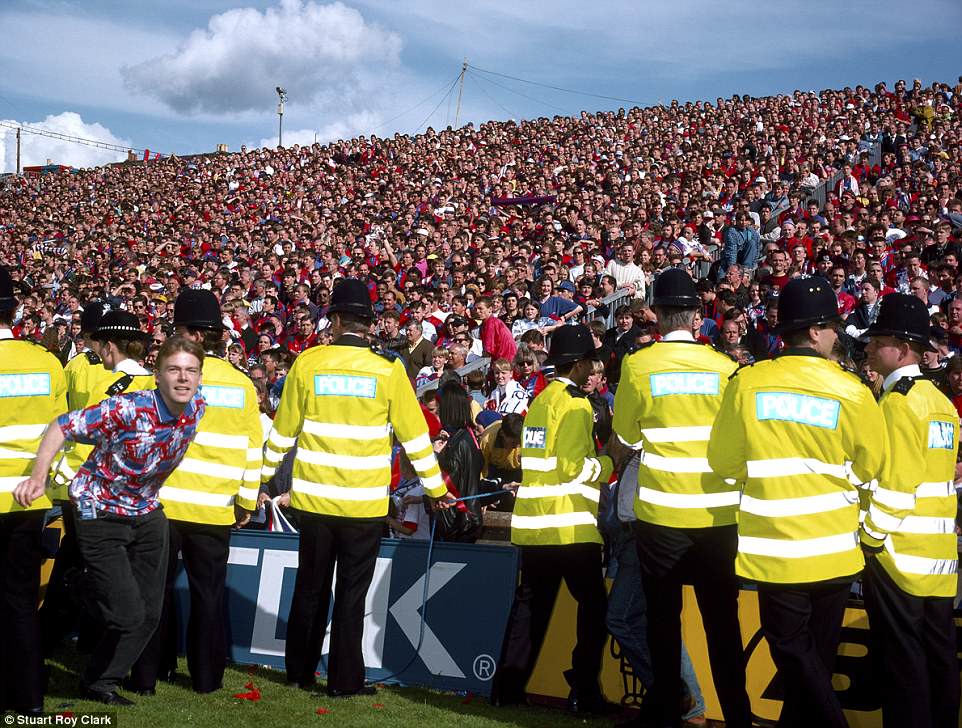 Supporters, including one with crutches, celebrate a goal as Manchester City play Blackburn Rovers at Ewood Park in 2000 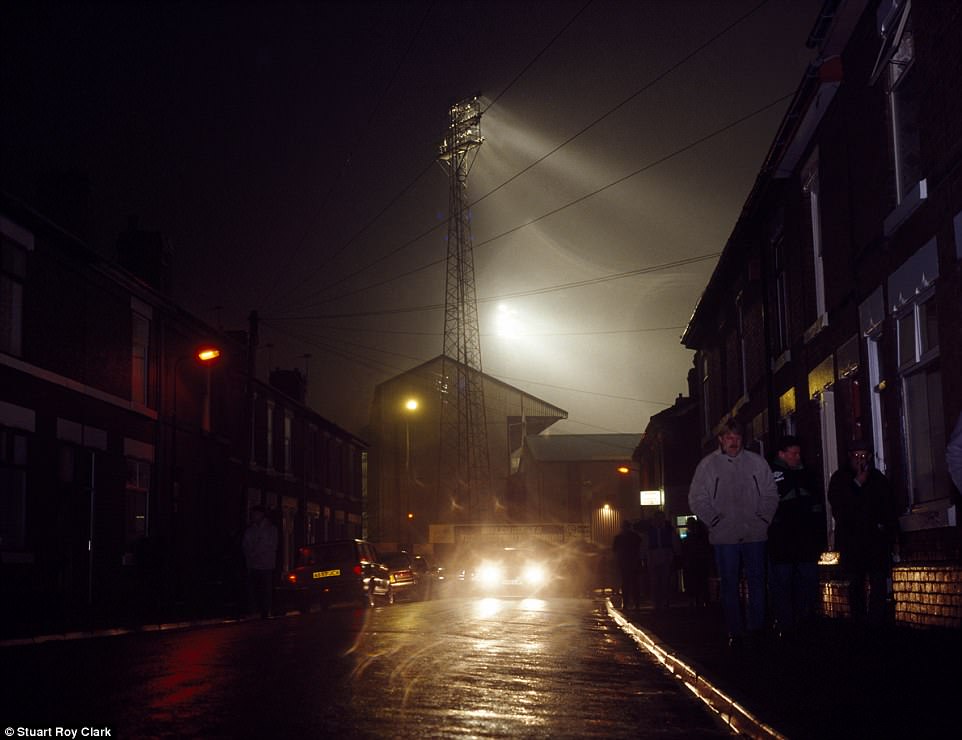 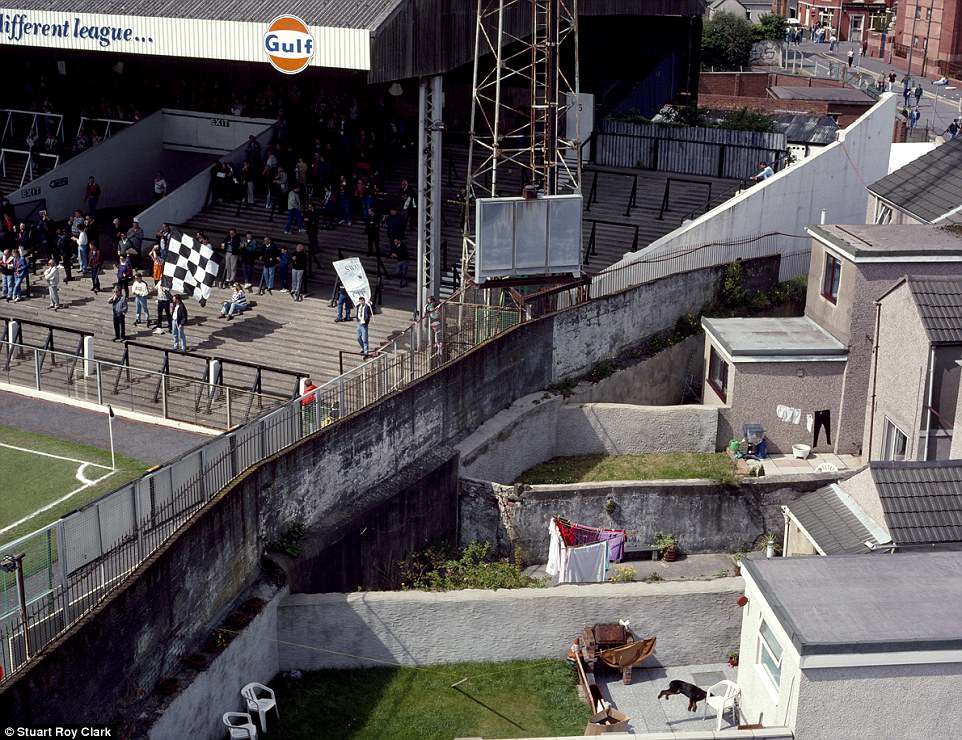 Gardens of homes were only separated from Swansea City’s old ground, The Vetch, by a wall. The ground is pictured at 1994 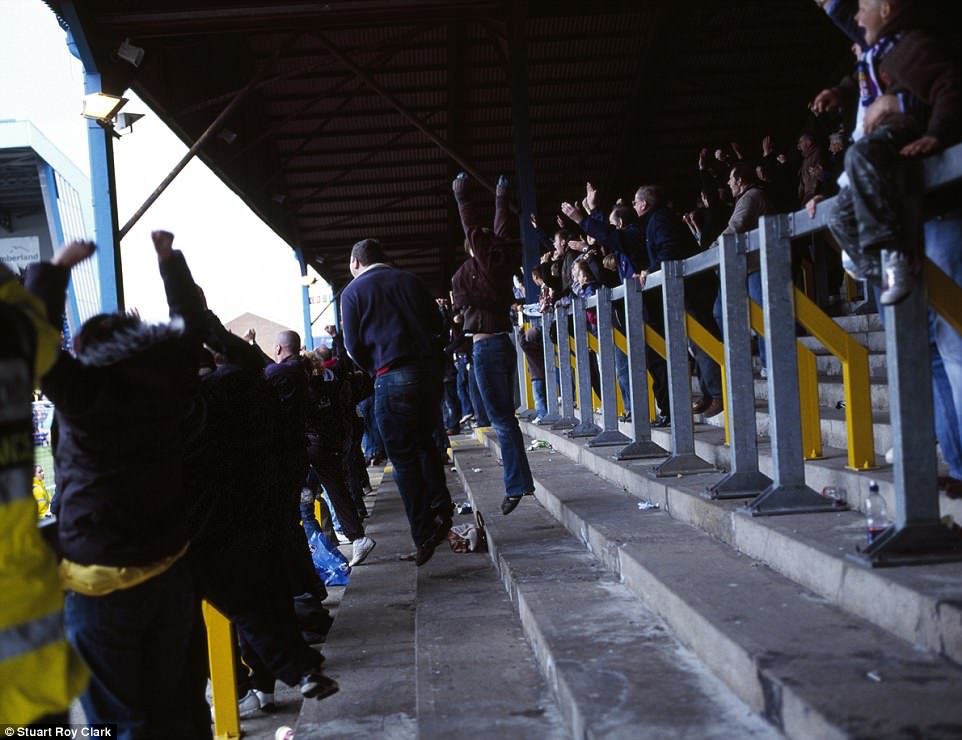 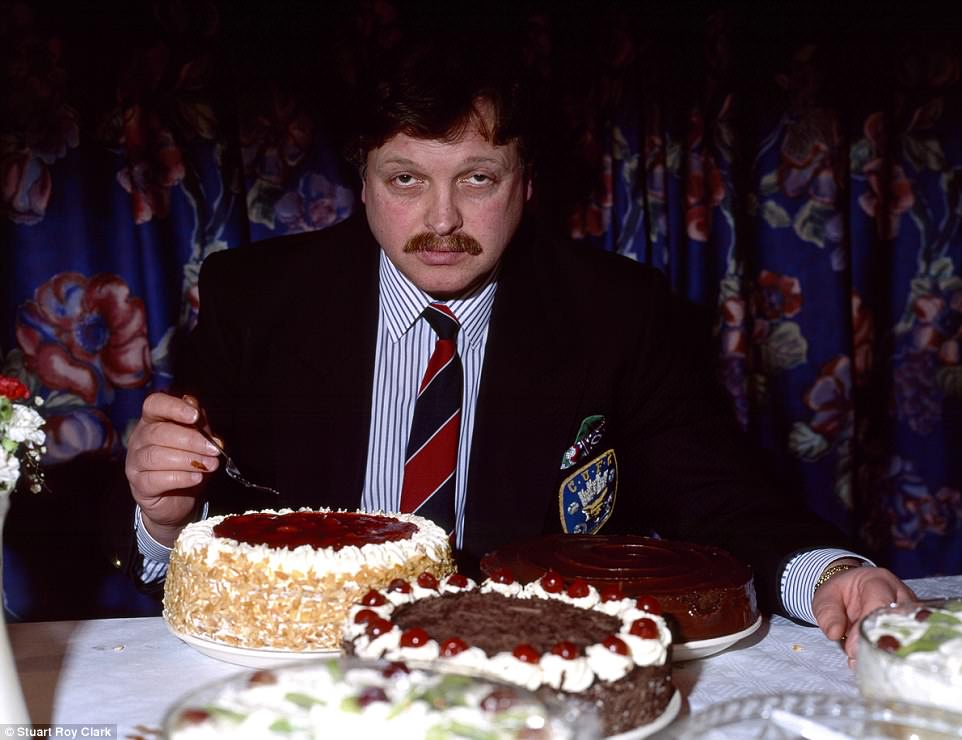 Photographer Stuart Roy Clarke described this 1993 photo as ‘The chairman’s dream of too much on his plate, Carlisle United’ 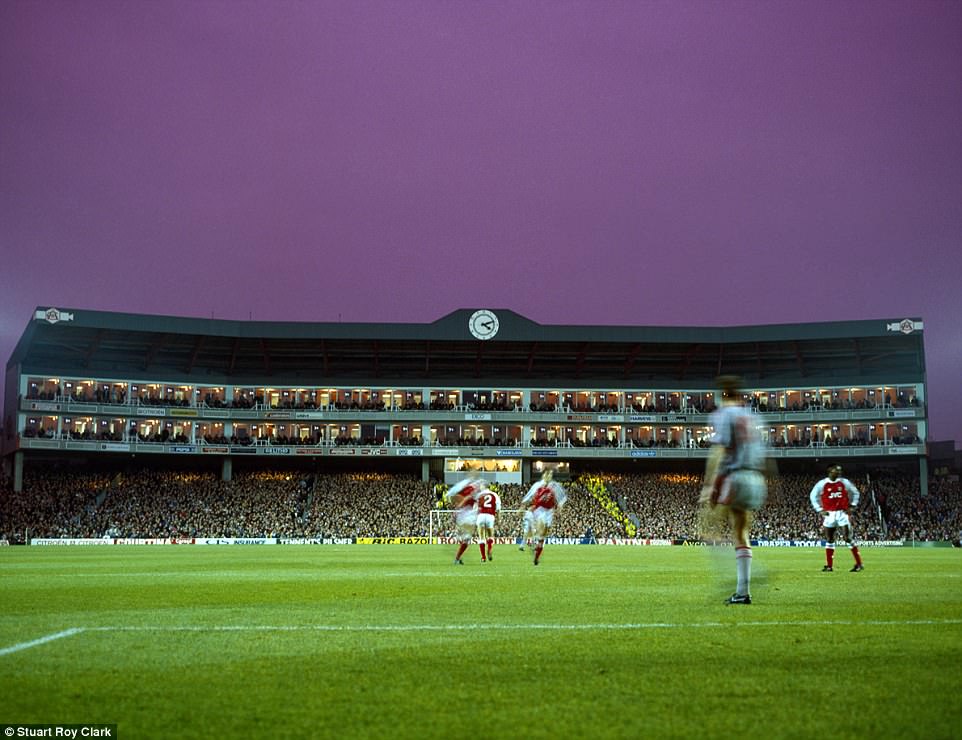 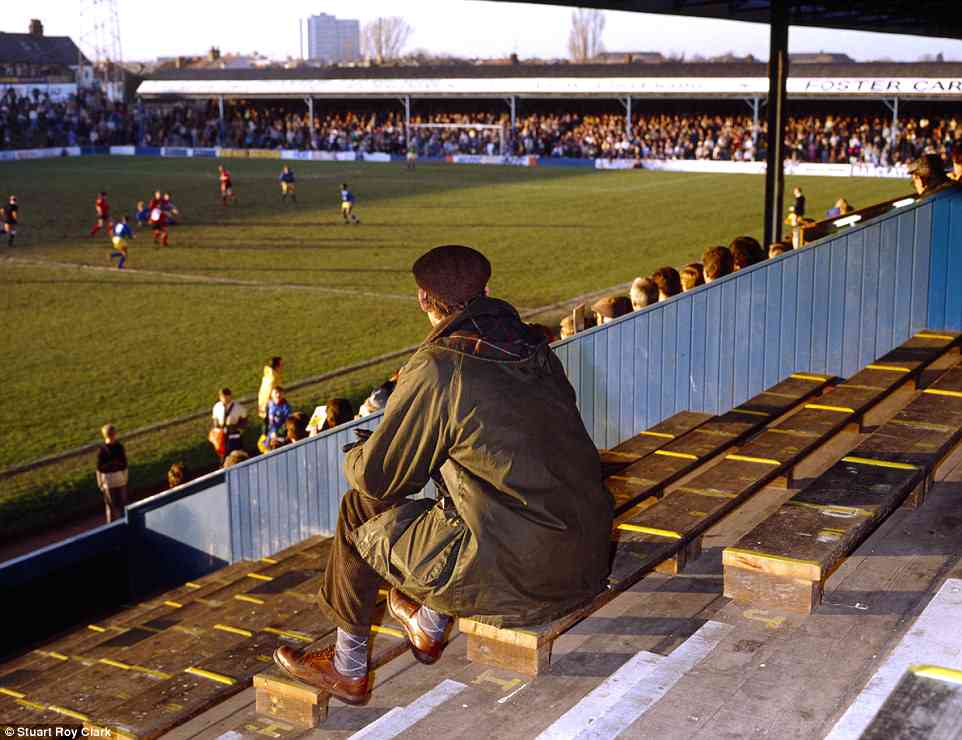