A puppy whose sister was found dead along a roadway in Texas refused to leave his sibling’s side and attempted to protect her when authorities came to the rescue on Friday.

When animal control officers arrived, they found a Catahoula mix, whom they named Guardian, protecting the lifeless body of his sister. 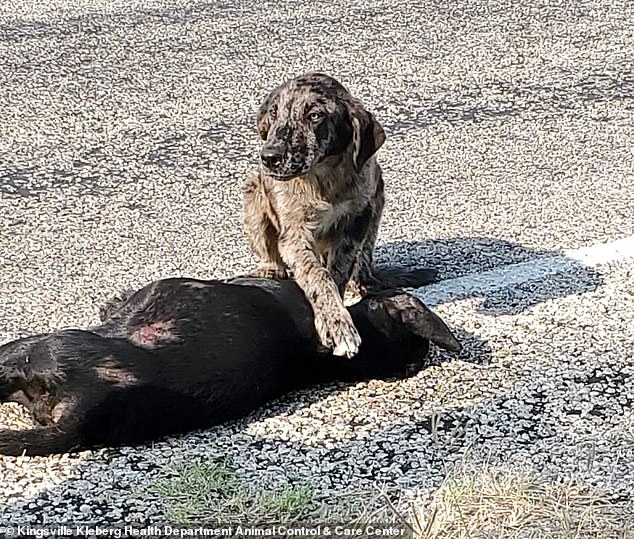 Guardian, a Catahoula mix puppy, was found along a Texas roadway with his deceased sister on Friday 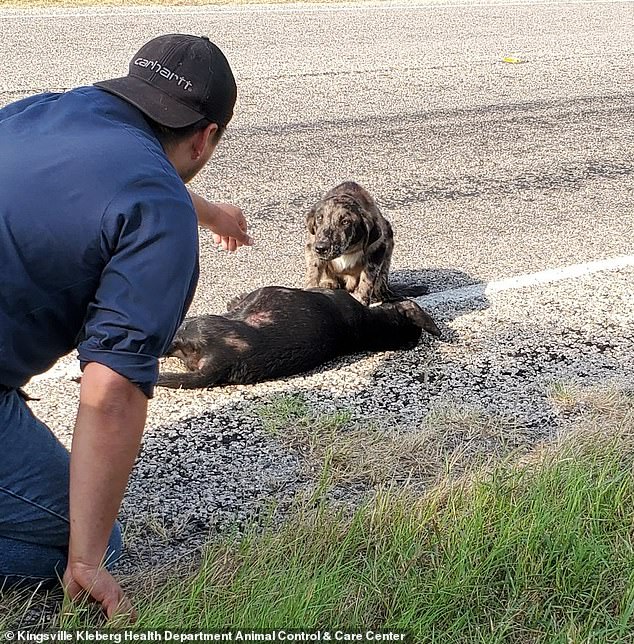 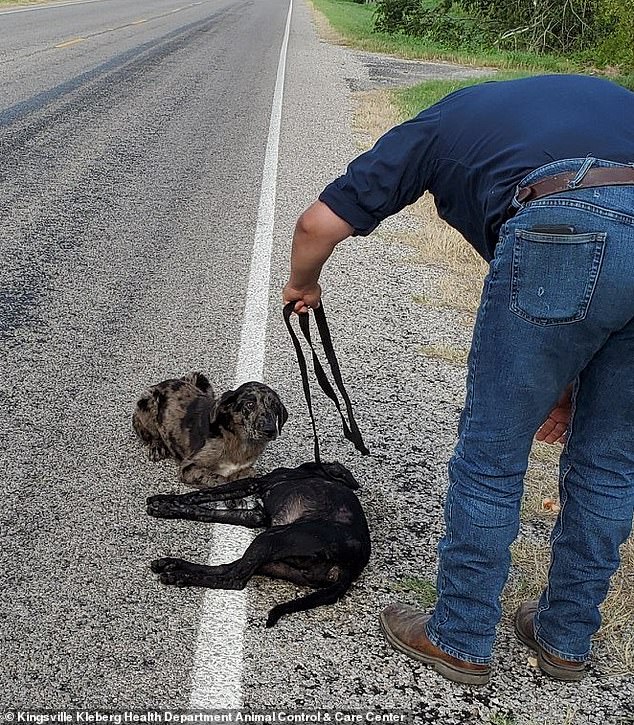 Photos taken by animal control officers show Guardian placing his paw atop his sibling and snarling at officials as they tried to approach the pair.

‘This boy wasn’t going to let anyone mess with his sister,’ the department wrote on Facebook.

‘Our ACOs had a hard time convincing him everything was going to be alright and they were there to help him.’

It’s unclear what happened to the deceased dog, but some people speculated it was struck by a vehicle.

‘This call was one of the most heart wrenching for our staff, but we thought we’d share some behind the scene images of situations they are faced with on a regular basis,’ they added. 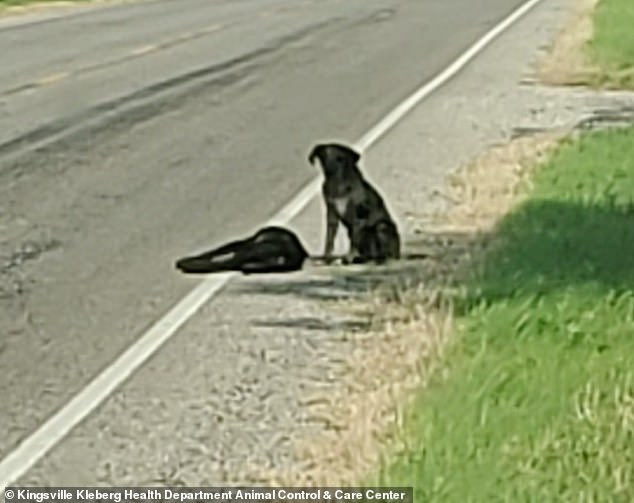 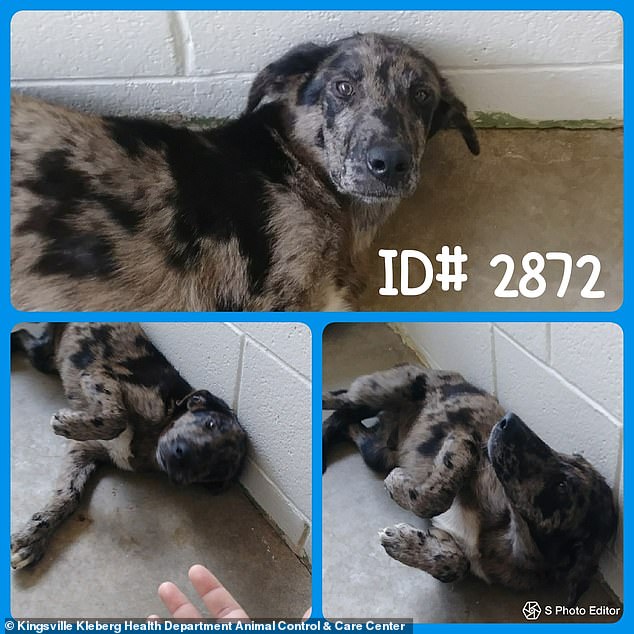 Guardian (pictured) is currently listed as a stray at a Texas animal shelter, but will be available for adoption and rescue after May 29

Eventually, animal control officers were able to earn Guardian’s trust and transported the dogs away from the roadside.

In an update shared to Facebook, the department revealed that Guardian is currently at the animal shelter.

‘He’s still a little confused about what happened, but at least he is now in a safe place with fresh cool water and belly full of food,’ the department wrote.

Officials aren’t sure if Guardian has an owner, so he’s being held as a stray until May 29. After that, he will be available for adoption or rescue.