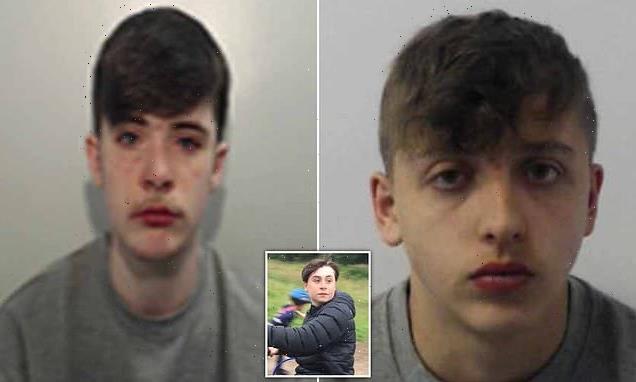 Pictured: Teenage killers of school boy Reece Tansey, 15, who was stabbed to death in a Manchester street are named for the first time after judge lifts reporting restrictions

The killers of a 15-year-old schoolboy who was stabbed to death over a social media dispute can be named for the first time today after a judge lifted reported restrictions.

Reece Tansey, 15, was stabbed six times on May 4, 2021, in a fight arranged on Snapchat. James White, 16, was found guilty of his murder and jailed for 15 years after a trial.

Mark Nuttall, 15, was found guilty of manslaughter and sentenced to six years imprisonment.

During a hearing at Leicester Crown Court today, Justice Farbey lifted an order, which previously prevented White and Nuttall’s names from being reported due to their age following submissions by the media.

A three-week trial heard that White and Nuttall had agreed to meet up in the early hours of May 4 in Walker Avenue, Bolton, because of an escalating dispute between Nuttall and a friend of the victim.

But, when Reece arrived alone he was stabbed six times by White who had armed himself with a large kitchen knife. 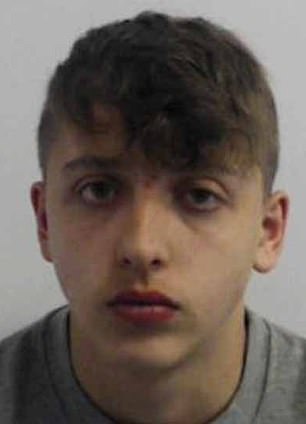 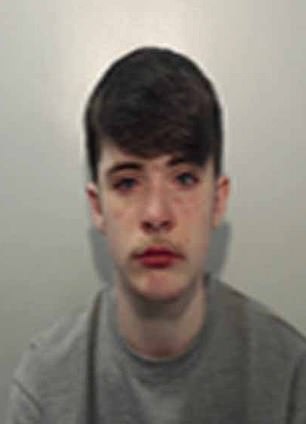 Pictured: James White (left) and Mark Nuttall (right) have been named for the first time as the teenagers who killed 15-year-old Reece Tansey after a dispute on social media escalated

Fatally wounded, Reece desperately banged on the door of a nearby house pleading for help before falling to the ground.

Police arrived at the scene minutes later and Reece was rushed to Salford Royal Hospital, where he was pronounced dead at 5.45am.

A pathologist concluded his death was caused by ‘multiple stab wounds’, which ‘were likely to have been inflicted by a knife with a 10-12cm blade’.

After fleeing the scene, White sent a Snapchat video of himself carrying a knife covered in blood, accompanied by the word ‘muppet’.

He later sent a message to Nuttall, which read: ‘I thought it only went through his coat so I kept doing it. He added: ‘He’s dead now.’ 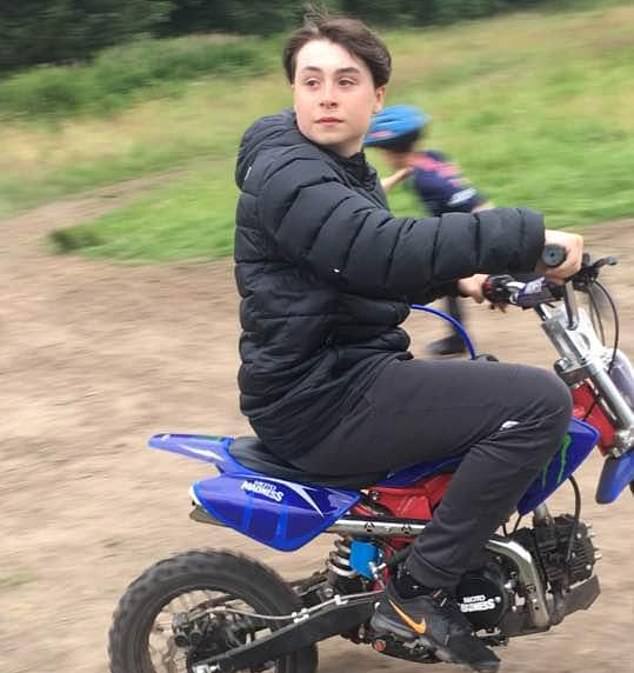 Reece was stabbed six times by White after meeting for an arranged fight in Bolton last May. He banged on the doors of residents before he was rushed to hospital where he died that day

Nuttall responded with a laughing emoji.

The court was told there was a ‘long-standing hate’ between Nuttall and Reece, and White had been brought into the dispute as support.

Jurors heard that the two boys had goaded Reece and his friend into meeting them, but he was initially reluctant.

The court heard he had sent a message to his friend, which read: ‘Getting brought into your s*** again. Ain’t in no f****** mood’.

All four boys eventually agreed to meet that night and Reece left home and headed to the rendezvous point near Great Lever Park.

But as Reece was en route, his friend informed him that he had decided to stay in bed. 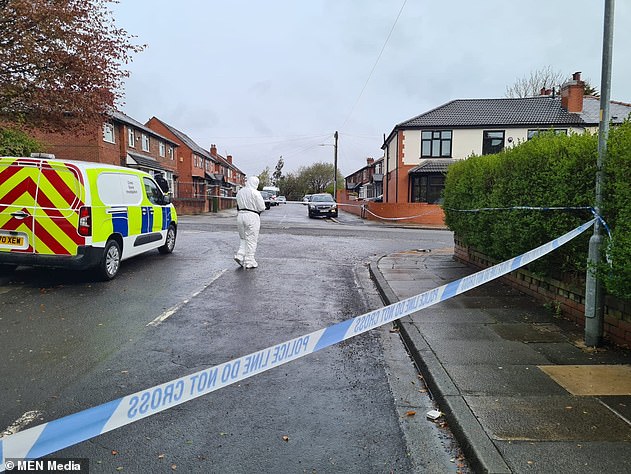 Officers were called to Walker Avenue in Bolton at around 4.45am on Tuesday to reports of a knife attack

A court heard how White and Nuttall ‘pretended they were gangsters’.

In the early hours of May 4 last year, White crept out of his home with two knives – one for him and another for Nuttall.

Nuttall had got into a social media spat with a friend of Reece Tansey and things eventually escalated into serious threats on Snapchat.

White told Reece that he would make him ‘beg for his life’ and told him ‘u and ur boy will get it’.

Reece turned up to the arranged meeting place alone where he was stabbed six times and fatally wounded.

White would later throw the knife into a brook, afraid his mother might come across it at home. 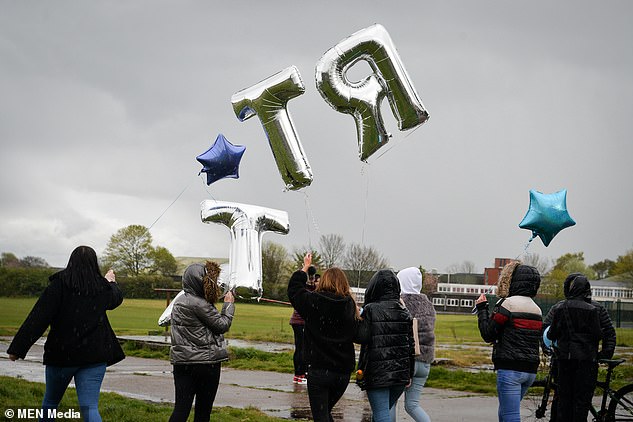 Pictured: Reece’s friends paid tribute to him by letting off balloons in his memory shortly after the attack. In a victim statement read out in court, Reece’s mother said: ‘He made us smile’

The last time she had seen him the previous night was at 10.30pm, when he was playing on his Xbox.

Upon checking on him in the morning, he was back asleep in bed as if nothing had happened.

It was later that same morning, that White went into the living room and told his mother what he had done.

‘Last night I went out and got into an argument,’ White said. ‘I stabbed someone and I have just found out they have died.’

His mother gathered the clothes he had been wearing, including a blood-stained glove matching Reece’s DNA, and put them in a bin bag.

White was bundled into the car and taken to Bolton police station, where he was arrested at 1.25pm.

During a three-week trial, prosecution barrister Mark Ford QC described the two boys as having a ‘swaggering determination to prove how tough they were’ and killed Reece in order to ‘teach him a lesson’.

‘He died because White and Nuttall were determined to demonstrate to their peers how their rivals would be put in their place,’ Mr Ford told jurors.

But their ‘macho bravado’, as it was described in court, led to the tragic and utterly needless loss of a fellow teenager’s life.

In a victim statement, his heartbroken mother Laura Tansey said: ‘Reece was our 15-year-old son, he made us smile, he made us laugh, he made us tear our hair out at times, a typical teenage lad, but he was ours.

‘Reece was fiercely protective of his mum and little brother, and saw himself as the man of the house. His dad saw him as his best friend.

‘Reece was simply our world, and his death has devastated us beyond belief.’