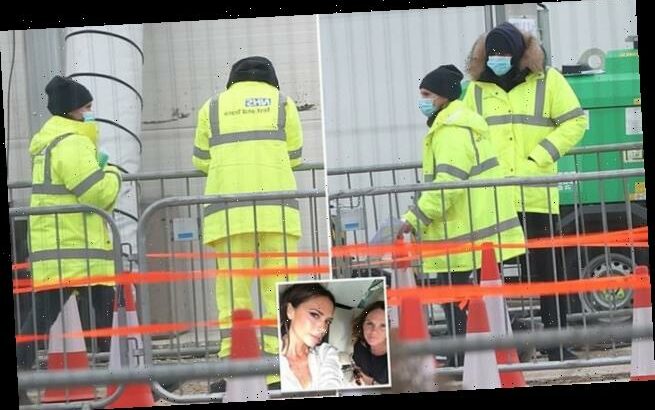 Victoria Beckham’s younger sister Louise Adams has been pictured in a hi-vis jacket and PPE while working as a parking attendant at a coronavirus testing centre.

Louise, 44, has reportedly been employed as a £13 per hour supervisor at the drive-in test centre in Essex.

Her role involves ushering arriving vehicles into the car park while drivers queue for their swabs. The job is a far cry from the £335m lifestyle her wealthy sister Victoria enjoys.

In pictures from the testing site, Louise can be seen wearing a bright yellow jacket, blue PPE mask and a warm black hat as she worked with colleagues to direct drivers and their cars.

Staff at the testing centre are believed to be paid between £13 to £19 an hour for the ‘vital’ work according to The Sun. 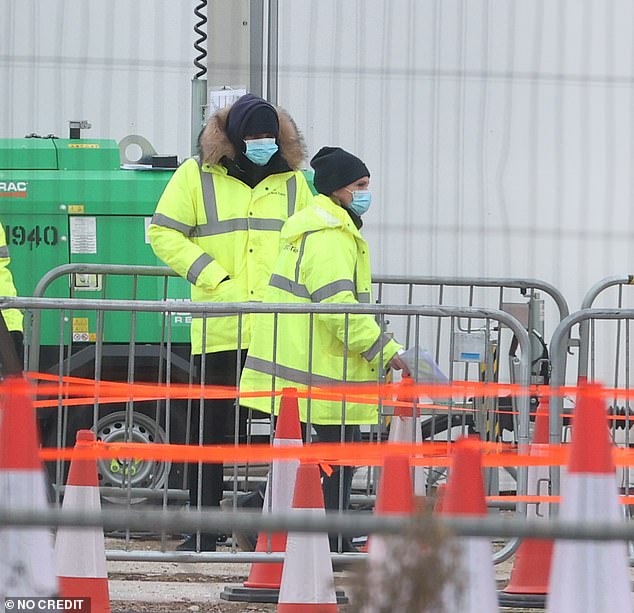 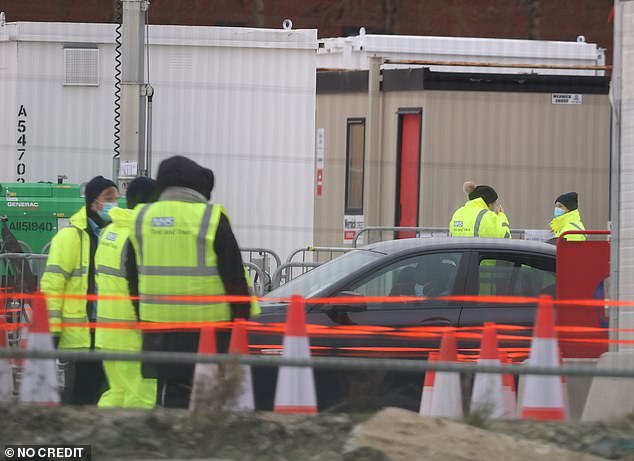 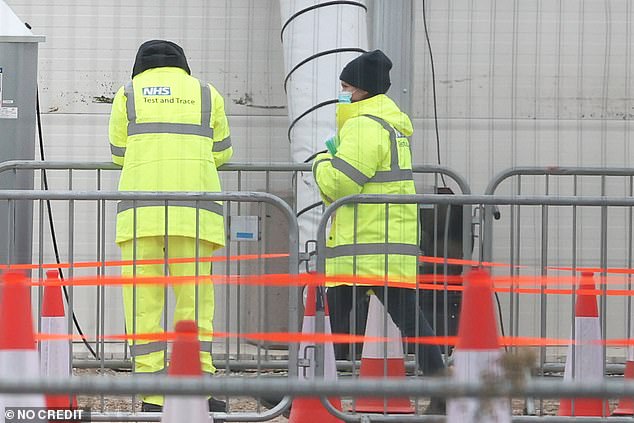 It comes three years after the closure of her Hertfordshire clothing store Hidden Closet.

Louise closed down the business after she reportedly struggled to find a third party to take over running the shop.

Sources said she also wanted to spend more time with her four children. 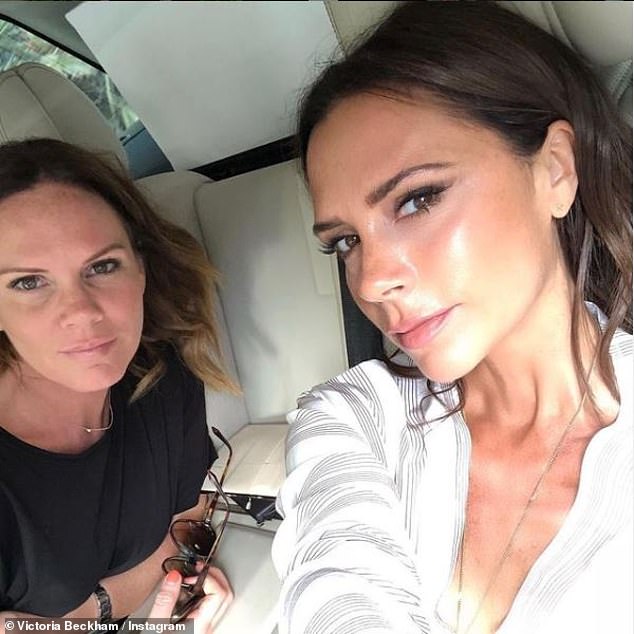 Louise’s job (pictured left), where staff are believed to be paid £13 an hour, is a far cry from the £335m lifestyle her sister Victoria Beckham (pictured right) 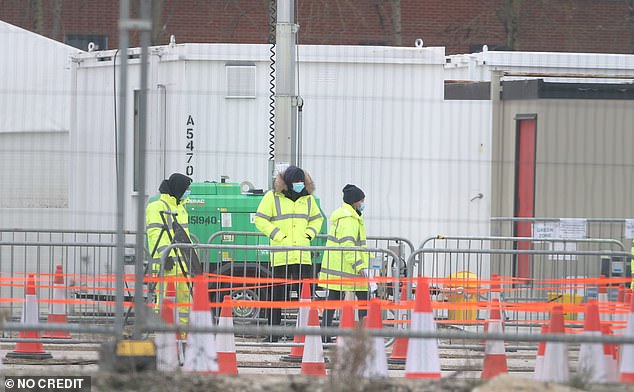 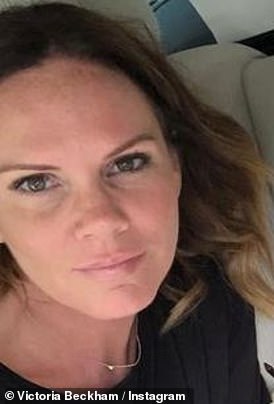 Her job at the testing centre is in stark contrast to her sister Victoria’s £335million lifestyle.

A source told the news website: ‘It’s just a stark contrast between the two girls, who are still very close.

‘Obviously they came from exactly the same background but clearly things have gone in different directions.

They added: ‘But fair play to Louise for what she’s doing.

‘It’s vital work at the moment and clearly she’s happy to get stuck in and earn an honest living, while also doing some real good on the Covid frontline.’

The test centres are key in the fight against Covid. Frontline workers carry out swabs tests, with their work helping to identify if people have the virus and need to self-isolate.

Scientists also use data from the mass testing sites to help identify wider Covid trends such as new strains of the virus and how it spreads.

The crucial data can help inform medical experts and the government in making educated decisions on how to halt Covid’s spread and fight against the virus.

Workers at Covid testing centres have to follow strict guidelines and procedures around patient practice, completing documents and medical forms, and in some cases handling bio-hazard waste, according to job adverts for similar test centre surpervisor positions.

Victoria and Louise have remained close since growing up with their brother Christian in Hertfordshire at their family home with parents Anthony and Jacqueline.

In the summer they holidayed in Greece together and Victoria shared snaps of her daughter Harper, nine, hanging out with her cousin Libby.

Victoria came under fire last year after her decision to furlough 30 staff at her fashion label.

The former Spice Girl, whose family is worth £335million, had planned to use the Government’s Covid-19 scheme to pay 80 per cent of the wages of some of her staff.

The fashion brand, which employs 120 people, sent letters to 30 members of staff warning them that they were going to be furloughed under the Government’s scheme for two months.

It is understood the firm’s application would have cost taxpayers £150,000. 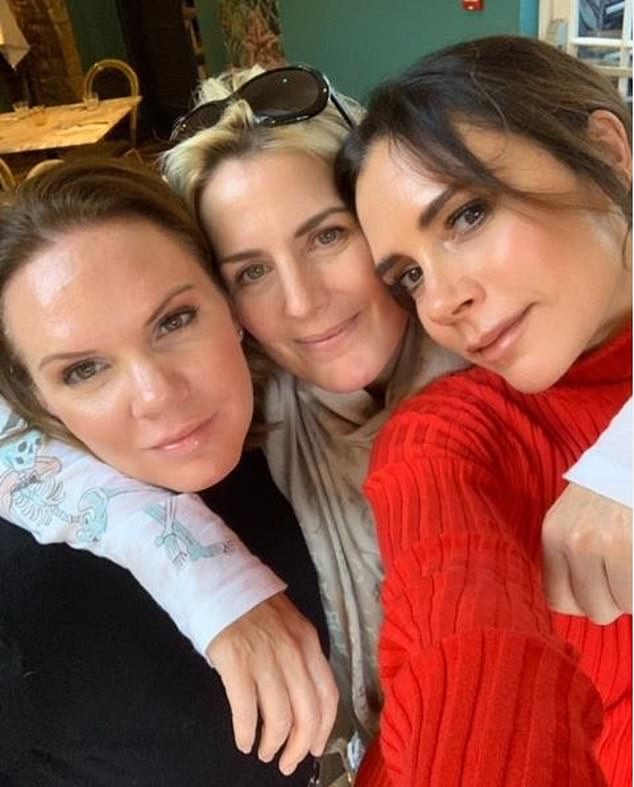 New job: Louise, 44, has apparently been employed as a supervisor at the centre, which involves ushering arriving vehicles into the car park at the drive-in site

From a clothing store owner to the founder of a concierge service for wealthy clients: Victoria and David Beckham’s siblings

Victoria Beckham is one of three siblings, and has a sister named Louise and brother, Christian Adams.

In 2019 Christian and his wife Emma welcomed their fourth child.

Louise used to run a clothing store, Hidden Closet in Hertfordshire, but she closed the business three years ago.

David’s younger sister is also in the public eye.

Until last year Joanne, 38, ran a concierge service for wealthy Londoners called We Are Your City.

The £400-a-month club would supply shopping, restaurant and hotel recommendations to members.

The former footballer shared a throwback snap of the pair as she celebrated her 49th birthday last year.

But Victoria reversed her decision to take up the government bailout following a major backlash.

Although the firm insisted it was not the uproar which changed their minds.

They instead claimed the board ‘now believe that with the support of our shareholders, we can navigate through this crisis without drawing from the furlough scheme’.

In a statement, the company said: ‘Victoria Beckham Ltd has been working hard to protect its people and, while adjusting to the impact of COVID-19 and the government lockdown, our decision to furlough a small number of our staff seemed the most appropriate option in keeping with many other businesses.

‘The situation is dynamic, and, with the support of our shareholders, we now believe we can navigate through this crisis without drawing from the government furlough scheme.

‘Our application was made in the best interests of trying to protect our staff, and that is still our absolute focus. We are doing everything we can to ensure we can achieve that without using government assistance.’

Other celebrities including Jamie Oliver and Dragons Den star Peter Jones have also sought taxpayer assistance for their staff.

The 42-year-old who is married to the Queen’s granddaughter Zara, has a firm to manage his speaking engagements, which have dried up during the pandemic.

The move is said to have ’embarassed’ the Royal family, a royal finances expert warned. 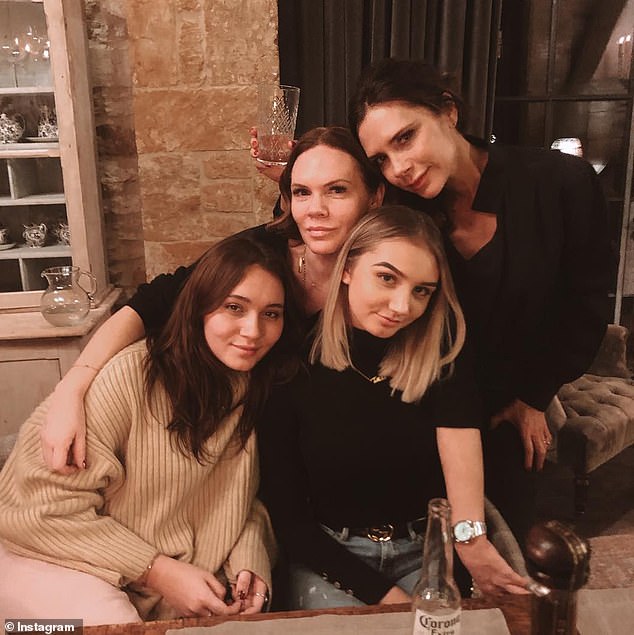