Veteran pilot, 97, who flew 50 bombing raids over Germany during WWII fulfils lifelong dream of flying a Spitfire after a 70 year wait

A Mosquito pilot who flew 50 bombing raids over Germany in World War Two has fulfilled his dream of flying a Spitfire after a 70 year wait.

Colin S Bell, 97, took to the skies again at Boultbee Flight Academy in Chichester, in a two-seater Spitfire TR9.

Mr Bell flew Merlin engine powered Mosquito bombers for the RAF’s Pathfinder Group during WWII and said his Spitfire experience was ‘better than I expected.’ 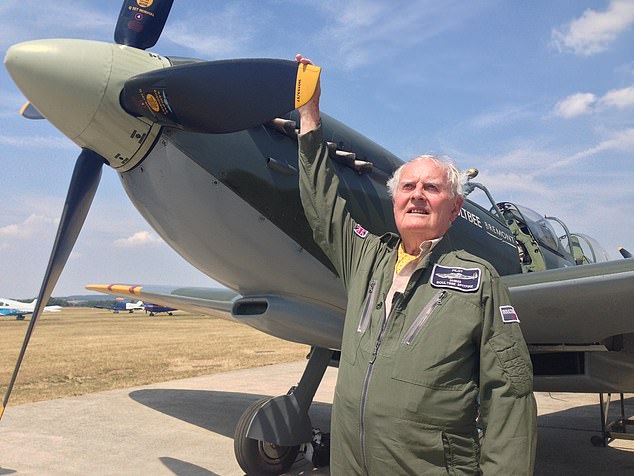 He said: ‘I have had this fantastic experience…flying in a Spitfire, something I’ve always wanted to do, and today is the culmination of that ambition…It was even better than I expected.’

The Pathfinders were tasked with flying bombs deep into enemy territory and marking targets for larger, more vulnerable bomber formations to increase their accuracy.

Mr Bell, who now lives in Royal Tunbridge Wells, Kent, and his navigator were part of the Light Night Striking Force which carried out nuisance raids on cities all over Germany forcing workers down into air raid shelters.

He and his fellow pilots were aided by cutting-edge navigational technologies of the time, which in the post-war era paved the way for safe commercial air travel. 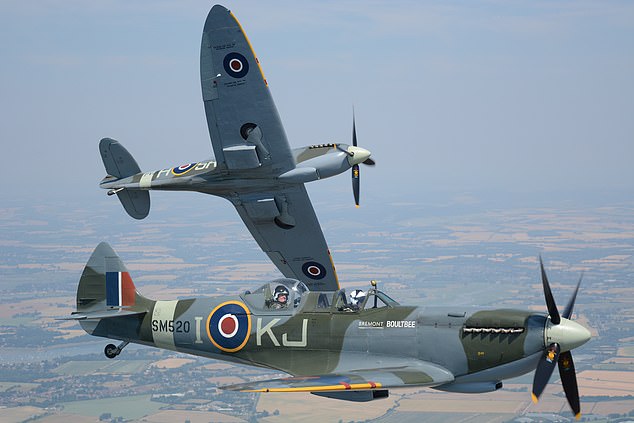 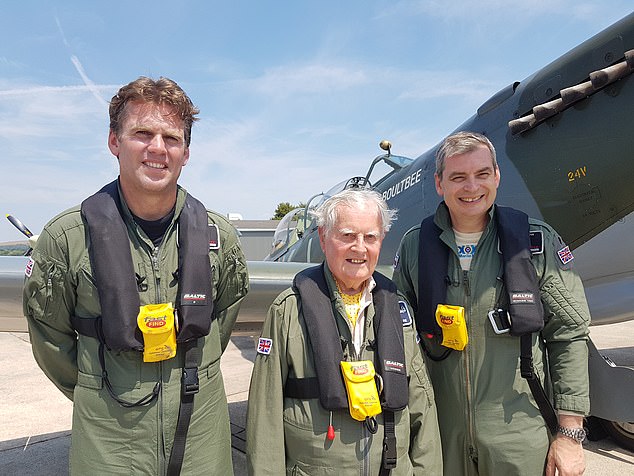 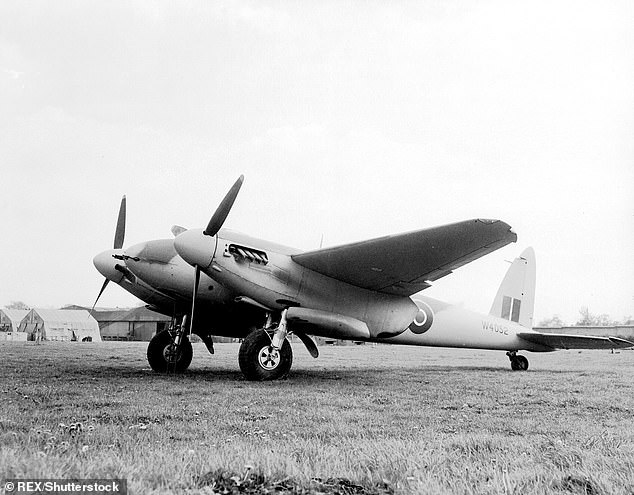 Colin completed 50 such bombing raids – all of them over Germany and 13 over Berlin.

To mark the special occasion they also put another Spitfire up alongside him.

The Spitfires took off together, with their 27-litre Rolls-Royce Merlin engines thundering them down the runway before making a ‘Merlin formation.’

The iconic fighters are capable of some 400mph and so had to throttle back to have their picture taken by a third aircraft.

While in the skies the Spitfires did some acrobatics, but Mr Bell admits he left this to instructor Chris.

He said: ‘I must admit that I left it to Chris to do the aerobatics, although I did fly it around to the best of my ability.

‘Chris did the aerobatics very effectively, he gave a roll off the top, a barrel roll, and he did a slow roll – it was all very impressive.’ 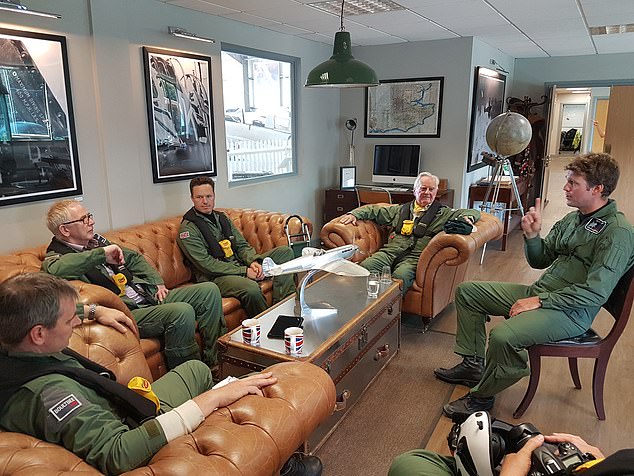 His training was carried out in the United States of America before their entry into the War after the Japanese attack on Pearl Harbour in December 1941.

Very few men have flown both a Spitfire and a Mosquito and Colin compared the differences between the two aircraft after his flight.

‘From the point of view of manoeuvrability and responsiveness I don’t think there’s much to choose between the two.